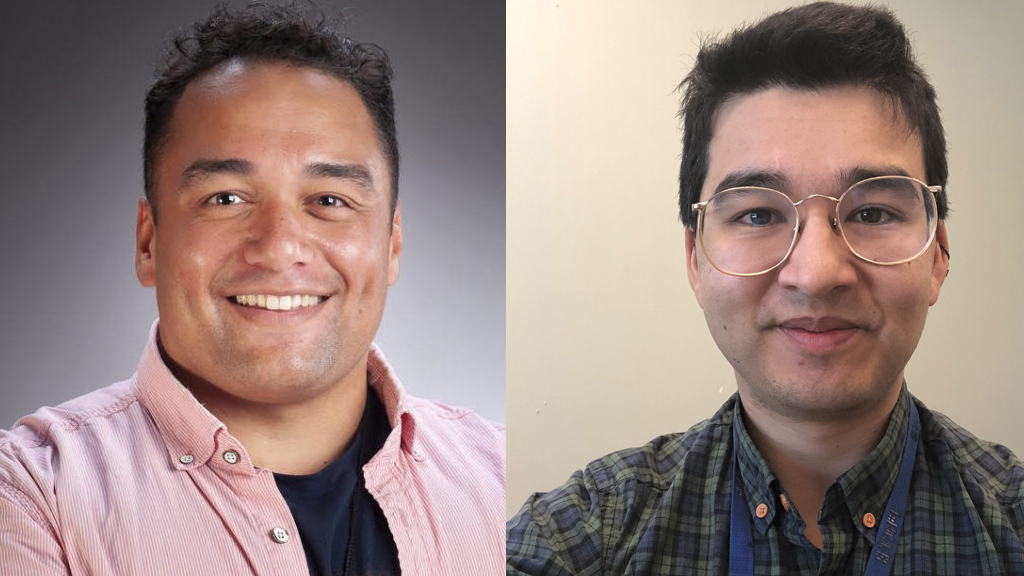 Some years ago, a first year student at a New Zealand university was turned away from a formal dinner because his formal wear, a sherwani, wasn’t standard New Zealand formal attire. And that reminded us at E-Tangata of the disagreement in parliament between Trevor Mallard, the Speaker of the House, and Rawiri Waititi, a Te Paati Māori MP, who wasn’t wearing a conventional Pākehā tie.

One of those students was Pounamu Jade Aikman who has whakapapa to Ngāti Maniapoto, Ngāti Awa and Ngāti Te Rangi. And the other was Anantha Narayanan, a second-generation migrant who grew up in Upper Hutt and whose whakapapa extends to Malaysia, India and China.

They were at the same residential college which held a weekly formal dinner on a Sunday evening, often with invited guests in attendance.

Recently, they discussed that evening and the dominance of “whiteness” in New Zealand. And that led them to share this story.

One Sunday, Anantha elected to wear a sherwani: a formal, knee-length traditional Indian coat, black with subtle gold embroidery. At the door to the dining hall, he was noticed by one of the college staff and told: “You can’t come into dinner wearing that.”

“No, you’re not wearing a shirt and tie,” he was told.

“In India, this is as formal as it gets,” Anantha said. “It’s what you wear to a wedding.”

The staff member showed him the rule book, which stated that a suit or shirt and trousers must be worn to a formal dinner, and a tie worn with a shirt.

“Technically, my sherwani is a suit,” Anantha said.

“I still can’t let you in,” the staff member said. “You can go get changed into a shirt and tie, and come back to dinner.”

Recalling the event, Anantha said: “I distinctly remember the feeling that I’d been told: ‘You are lesser.’ I hadn’t come up against that in such a stark way before.

“I was saying: ‘This is the best that my culture has to offer. And it’s not good enough?’ I had the feeling that no matter how formal my cultural apparel might be, it would never be good enough.

“The most hurtful thing was the staff member saying: ‘You can go and get changed, and come back into dinner.’ How could I live with myself if I’d done that? How could I accept that who I am, my entire cultural identity, is less than another’s, and that I need to whiten up to be accepted?”

It was at this point that Anantha’s experiences and mine merged. I had just returned to the college, and found Anantha outside the dining hall, sitting in calm and quiet protest.

He told me what had happened, and I immediately felt a visceral anger welling up from deep within my puku. This was an injustice of layered indignities. That his sherwani — and by extension, his cultural heritage — wasn’t good enough to enter the dining hall. That staff hid behind a rule to refuse him entry and were, in effect, denying him kai and sustenance.

I was 18 years old, with only a fledgling knowledge of the vocabulary of injustice. I resorted to the only word I could. “This is racism! You’re racist! You’re all racist!” I shouted.

Incensed, the head of the college took Anantha aside and accused him of trying to embarrass the college. “We’re not racist!” he said.

Later he took me aside to add: “We don’t like being called racist.” I was threatened with expulsion. Anantha tried to point out again that a sherwani is a suit, in line with the rule book. The head replied: “You’d call a clown suit a suit, but you can’t wear that into a formal dinner.”

Given the gulf of power that lay between Anantha, a first-year student, and the college head, an imposing white man with significant social standing, what are we to make of this remark?

Behind the rule sits the assumptions of whiteness: that a suit, in this context, implies a European suit, with which a tie should be worn as the benchmark of classical formality.

This “goes-without-saying” implication shows how embedded these norms are in society, and how vociferously they’re defended in the most banal of situations.

Wearing a sherwani to formal dinner was perceived as a threat to the white status quo, an impermissible transgression so far as college staff were concerned. And to hammer this home, the college changed the rule the very next year. It then read: “A suit and shirt and trousers must be worn [to formal dinner]. A tie must be worn with a shirt.”

In the aftermath, the college head offered Anantha a compromise: “We could consider doing one international formal dinner a year.” In other words: You can have your culture, have your difference, but only when we allow you to. The word “international” reinforces distance from normality, that such formal wear doesn’t belong in New Zealand’s dress etiquette.

Likening a sherwani to a clown suit served not only to belittle Anantha, his whakapapa and cultural heritage, but it also emphasised how digressing from the norm is severely punishable. “Walk our white ways, or don’t walk at all.”

As Anantha reflected: “If you’re walking down the street and get a slur thrown at you (like “curry” or “chink”) that’s actually kind of nothing. This was far more insulting. All of my ancestry, my cultural history, was being devalued.”

Whiteness is a dance whose rhythm we all know. And our missteps invite derision and censure, as Anantha and I found in stepping out of line at this particular dinner.

But the fervent response by the college shows just how fragile whiteness is, and how hard people will fight to keep things the way they are. The mere mention of the word “racism” sent them into a defensive crouch.

The point is that you don’t need to intend to be racist to create the effect of racism in practice. Enforcing norms of whiteness at the entrance to the dining hall did just that. It served as a stern reminder to Anantha to dance to the rhythm.

As we sat over a cup of tea and recounted the story with one another last year, it was clear how much the incident had affected us both. It had even reached into our adult lives.

For Anantha, now practising as a doctor, the hurt was shared by him and his whole whānau. He went on to raise the issue formally with the Human Rights Commission, and worked with other organisations to explore the question: “What is formal attire in New Zealand?”

For me, I’ll always remember feeling that unmistakable riri deep in my puku, outside the dining hall nearly 13 years ago. That same feeling led me to explore histories of racism and police violence against Ngāi Tūhoe in my PhD. At a different scale and form, I showed how racism is central to colonisation in New Zealand, a topic which has become the main focus of my academic career.

While this brief episode of institutional racism was but a pebble on the beach for those who worked at the college and who perpetrated their whiteness, the ripples for Anantha and me were long-lasting.

But sometimes it is these ripples that build a current of change which, in time, may sweep away the prejudices in our society.

Dr Anantha Narayanan is a Wellington born second-generation Kiwi of Malaysian, Indian and Chinese descent. He currently works in the field of surgery in the Waikato.

Dr Pounamu Jade Aikman is of Ngāti Maniapoto, Tainui, Ngāi Te Rangi, Ngāti Awa and Pākehā descent. His PhD explored the ongoing experiences of police violence towards Ngāi Tūhoe. Born in Australia and raised in Aotearoa, he completed his doctorate through the Australian National University in Canberra, and now lives in Wellington.

The opinions expressed in this article are the authors’ alone.