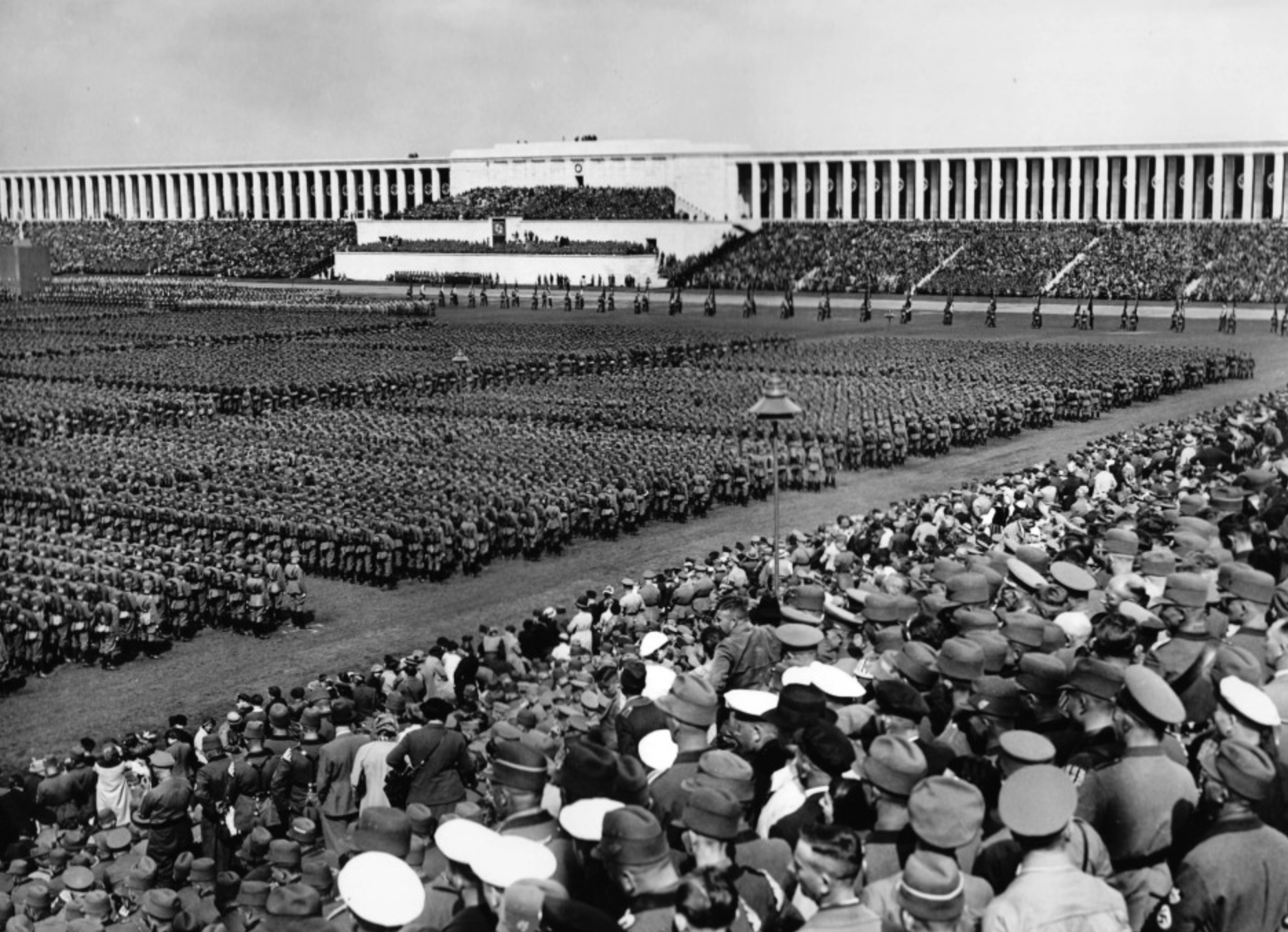 A Nazi rally at the Zeppelinfeld, Nuremberg, in 1936.

When people are threatened because they’re different, it’s a mark of love to call it out. History shows us that to keep quiet is not a wise or caring option. As Tainui Stephens writes here.

Māori women who wear moko kauae have recently expressed concerns that their precious facial markings make them vulnerable to threats and attacks from racists. I’m distressed, but not surprised. There are violent souls among us who think it’s okay to abuse others for the offence of being proud to be unique.

History shows us that our darkest impulses can take us to foul places. Martin Luther King Jr reminds us that evil succeeds when good people do nothing. We have to call it out. We have to make a noise about the bullshit, the bigotry, the terminally foolish, the wilfully ignorant. The dangerous.

The social behaviours of all primates, including humans, reveal that we divide our fellow creatures into two distinct tribes: “us” and “them”. There are psychological and chemical reasons why this is so. We’re hardwired to believe that anyone who is a part of “us” should be accepted, appreciated, and loved. Just as we think anyone who is one of “them” should be avoided, feared, or even hated.

Problem is, it’s easy to suddenly change our minds about who’s in, and who’s out. We are victims of our emotions and open to manipulation. Fear is faster than logic.

On my first solo trip to Europe a few decades back, there were two specific places I felt I needed to visit. I wanted to smell and touch western examples of the best and worst of being human. My first destination was a Bavarian city in the middle of Germany.

Nuremberg had been the spiritual home of Nazism. It was also the location of the 1946 International Military Tribunal where the Nazi leaders were found guilty of crimes against humanity.

The medieval city centre had been destroyed by the war and was now lovingly restored to the way it looked before the madness set in. Some important Nazi-era buildings remained, and were being allowed to decay. One is at the Zeppelinfeld, where huge political rallies had enlisted the nation into approving the racist BS of their elected leader, Adolf Hitler.

I parked my rental car and walked around to the vast empty space, now broken up into sports fields. It had once rumbled to the roar of crowds of up to 300,000 proud and happy Nazis.

The only remaining structure was part of a monumental stone grandstand. On each side were long concrete steps, with weeds sprouting where jackboots once stood. On the second level behind iron railings, was the podium where Hitler had mesmerised the crowds. I stayed away from it.

The fevered rallies of the 1930s had been lovingly filmed. I looked out and imagined the awesome spectacle — all designed for maximum impact. I imagined the sophisticated media machine that had spread Nazi propaganda like a rampant virus.

Hitler’s government had subsidised the new entertainment medium of home radio, and made it affordable. All of Germany heard the words spewed by the madman in the Zeppelinfeld. It was a seduction of the willing by the wicked. Cunning event management had created a platform for messages of racial superiority that would lead to an ethnic conflict that consumed the lives of 60 million people.

Hitler elevated hatred of “them” to industrial-level efficiency. At concentration camps I later visited, like Dachau and Buchenwald, the horror of a genocide that occurred during our parents’ lifetime, is in your face. But the unhinged route to mass murder started here, in a park, in a picturesque city known for its rich history, spicy sausages, and gingerbread.

I admire modern Germany’s commitment to face its past with unflinching honesty. After Zeppelinfeld, I visited a local museum’s exhibition on the history of Jewish life in Bavaria. The section on the Holocaust was painful and respectful. To feel that level of atonement in Nuremberg where such awful crimes had been seeded, nurtured, and ultimately judged, was a moving experience.

I watched the stony faces of the older Germans who had come to the exhibition. They would have been young adults during World War Two. In my mind, I asked them: “Did you resist? Did you follow orders? Did you speak up? Why are you here?”

It’s easy to get grim on the nasty stuff human beings have done to each other. The second place I wanted to visit speaks to the better side of our mortal ledger: the Italian city of Florence. I wanted to see the statue of David, created by the first multimedia superstar artist, Michelangelo.

Florence is the kind of place where you come face to face with magnificent Renaissance art at every turn. And, like sampling the excellent gelato on sale everywhere, it doesn’t take long to feel that you’ve had too much.

But, as I walked along the corridors of the Galleria dell’Accademia, I passed examples of Michelangelo’s unfinished sculptures. To observe perfectly formed men and women still imprisoned in slabs of marble is unsettling. Yet, awesome too, because you can see the master’s technique and the diminishing size of the tools required to release the hidden figures.

At the end of the corridor and around a corner, I saw the David in the distance. 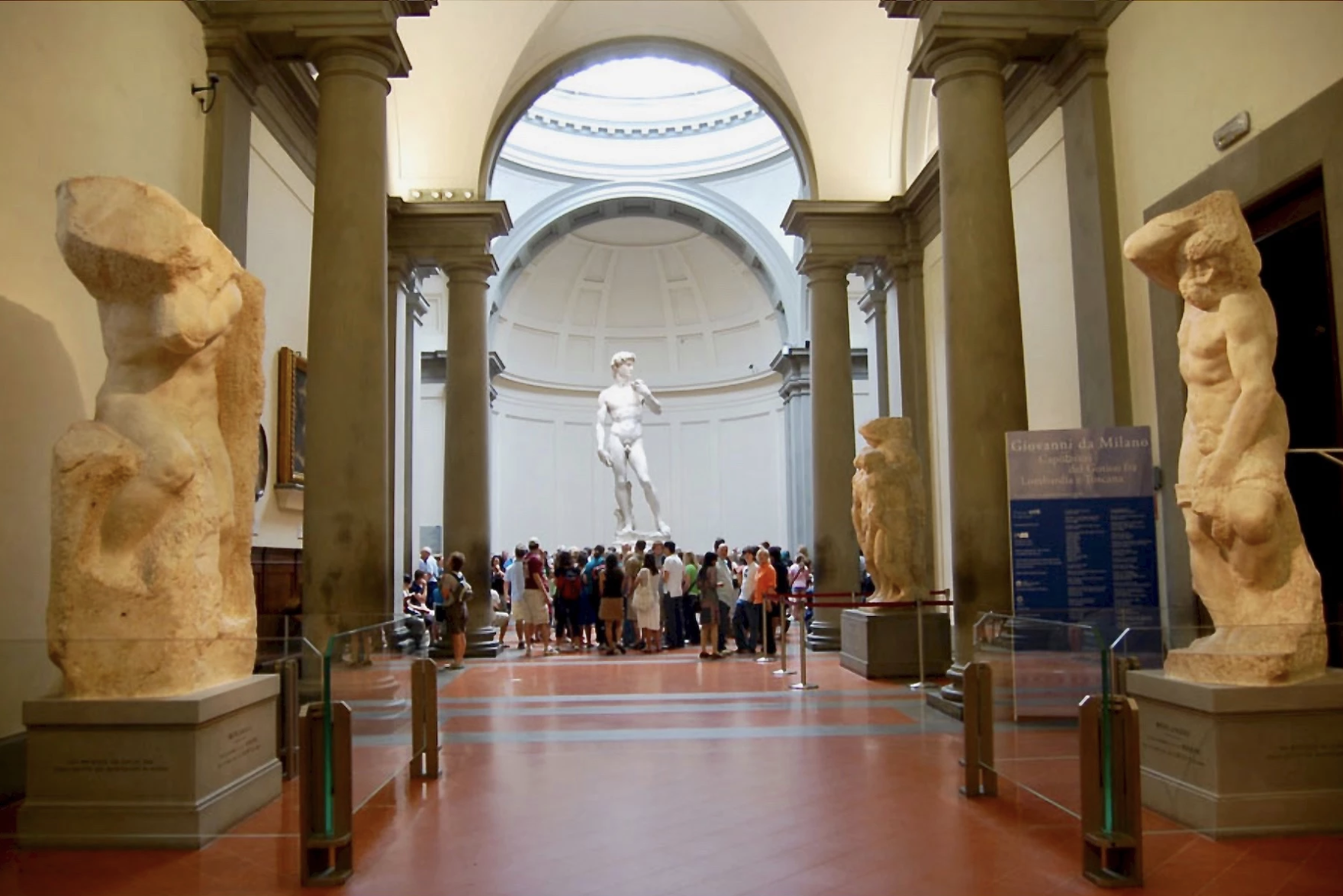 The statue of David in Florence. (Photo supplied)

From the moment, in 1504, when Michelangelo unveiled him to the astonished people of Florence, he’s arguably been the greatest statue in western art. He’s huge at over five metres tall and weighing six tons. His charisma is profound. The sheer beauty of his male form is truly breathtaking. Up close, I touched his foot. I marvelled at details like the veins, the toenails, and the tense muscles.

What the young Israelite shepherd is doing is just as important as the way he looks. David’s stance is a freeze-frame in the biblical story when he’s just seen that Goliath is a big bastard, and he has to decide whether to retreat or engage. That’s why he’s frowning, why his body is tense, and why he’s ready to slip the stone, hidden in his hand, into the sling.

To see this statue in the flesh, makes you wonder in awe at the creatures of potential our gods made us to be. This is “us”. The point of the David is that he represents the courage of mankind to persist — despite overwhelming odds, external and internal. The power of the David is that he silences you and makes you concentrate on what is before you. Hamlet wasn’t wrong when he said:

What a piece of work is a man. How noble in reason, how infinite in faculty. In form and moving, how express and admirable.

At home in Aotearoa, we have captured what it means to be human — to be us — in our own art with equal genius, and in our own language with equal poetry:

This imagery of a flax plant in harmony with nature becomes a short meditation on the sanctity of human life. But, with a familiarity born of convenience rather than contempt, we’ve become used to uttering the last words only:

What is the most important thing in the world? People!

The thing is — I can’t agree. To concentrate on these few words alone offers an incomplete and misleading experience. A bit like Michelangelo’s half-finished statues.

I think one of the reasons this proverb has taken off over the past couple of generations is that its message underscores the humanity of us all. Māori rights are human rights. We needed to speak these things into existence.

Now, however, these words have become an obsession among orators, community leaders, and bureaucrats. They appear on letterheads and in greeting cards. Taken at face value, and especially in English, they have a flavour of a mission statement for the unfettered selfishness of neoliberalism.

Mankind is not the most important thing in the world. That arrogant perception is destroying the wellbeing of all of us and of the planet. I don’t know if the beauty of a David can absolve humanity of our bad behaviour. That can only lie with us, and only if we find better answers to the eternal questions about what is truly important.

One easy answer is love. It’s the guardian we need to deny our demons trespass upon our souls. And love has a better track record than hate.

Hitler’s hatred of people who were different from his Aryan ideal was twisted into a promise of a Thousand Year Reich. It lasted for 12. Michelangelo’s love of our shared humanity took two years of hard work to release from natural stone. His David has lived, so far, for 517 years.

Love endures, but only with the courage of those who are prepared to stand, speak out, and uproot any insidious seeds of hatred that threaten our survival. 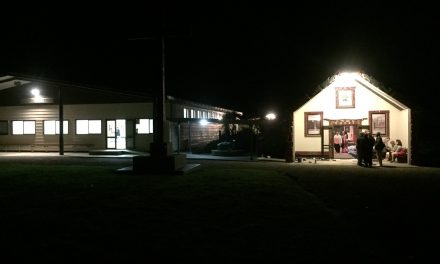 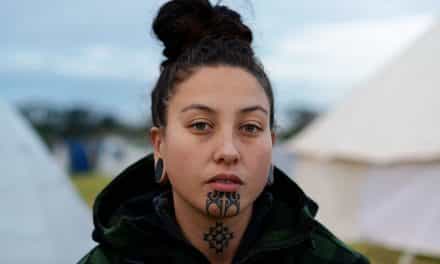 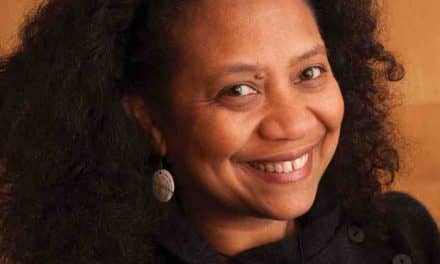 Teresia taught us to ask the tough questions 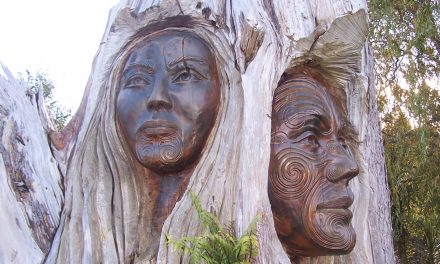 Papatūānuku, Pan, and a lonely kid in Christchurch