Not too long after the Christchurch mosque killings, I thought I had best convene, as quickly as possible, and with as much tact and respect and integrity as possible, the next Hamilton Press Club — an institution which is constantly in search of some serious purpose to justify its strange and chatty existence.

I stage the Press Club’s media events three times a year on the banks of the Waikato in downtown Kirikiriroa. Local architect Brian Squair of Chow:Hill underwrites the expense, really as an act of philanthropy. He simply wants something interesting and lively held in the city that he loves.

And so, I rope in a well-known speaker and arrange a guest list of 100 people, invitation only, from around Aotearoa. Media types, also politicians, entertainers, students, business leaders, and complete nobodies.

After the killings, my only thought about who to ask as speaker was: Don’t ask whitey.

It really seemed gross at worst, dumb at best, to even think about inviting a Pākehā speaker to talk about life in New Zealand in the context of what happened in Christchurch. The mosque attacks were race killings as much as they were religious killings.

Who not to ask was simple. Who to ask was even simpler. I wanted someone tangata whenua who would be intelligent, thoughtful, passionate, fluent, meaningful, not boring, and I was spoiled for choice.

I thought of Tame Iti, who spoke as Massey University’s activist in residence in March. I thought of Leonie Pihama, the Waikato University academic who also recently spoke at Massey, on the subject Decolonising anti-racist interventions. I thought of Morgan Godfery, who dwelled on white supremacy in a superb piece published in Overland just after the mosque attacks.

And I thought of Moana Maniapoto, and Emma Espiner, and Tamati Kruger, and I could have thought all day and come up with a ton of names.

The speaker at the Hamilton Press Club on Friday May 3 will be Moana Jackson.

He was a little bit reluctant and could even be described as diffident. Put it this way, it wasn’t his life’s dream.

But he spoke with friends who have attended Hamilton Press Club events, and could be trusted to give him an honest appraisal of the lunch events and whether they are worthwhile forums, and they must have said okay things and out of kindness not described me as a complete jackass, because Moana eventually said, in his slow, measured way, yes.

Great. I think it’s going to be a special moment for the Hamilton Press Club. It can be a bit of a rough-house affair. I’m thinking of the time guest speaker Duncan Garner directed a jibe at then-MP Brendan Horan, who simmered and seethed for a couple of minutes, then caught my eye and indicated he needed to have a word in private.

We met backstage. He said: “I’m going to dunk the *** in the river.” He really was incandescent with rage and I calmed him down with the help of New Zealand Herald journalist David Fisher, but I kind of regret it. I’d have paid good money to see Horan go at it with Garner.

And then there was the time historian Vincent O’Malley concluded his speech about the need to teach the New Zealand Wars in schools, and I asked audience member Don Brash for his thoughts, and his thoughts included the observation that Māori had not invented the wheel. It’s fair to describe the response to that remark as somewhat vocal. In fact, there was an uproar, and the event turned into an angry shambles.

I suspect Moana will bring less heat and rather more light when he gives the speech on May 3. The only guideline or brief that I gave him was that the general subject might be race and racism in New Zealand. He might put it in the context of Christchurch, or he might not.

All I know is that I’m very, very grateful to Moana for agreeing to address an audience which is certainly not exclusively but often overwhelmingly made up of whitey.

Steve Braunias is the president of the Wintec Press Club. He is an award-winning journalist and columnist, currently a staff writer at the New Zealand Herald, and the author of nine books. He was born in Tauranga in June 1960 to an Austrian immigrant father and a New Zealand born mother. 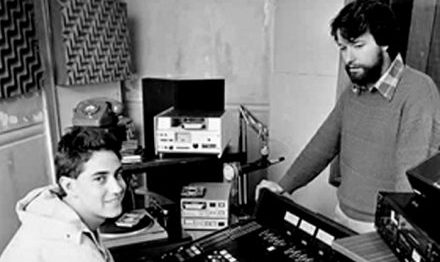 After 30 years, the struggle goes on for Māori radio 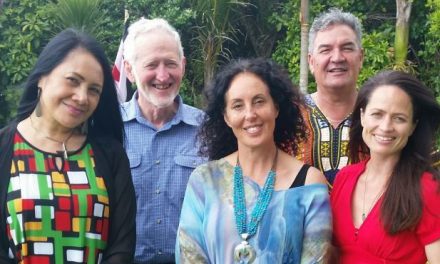 The e-Tangata book: Our stories, our voices 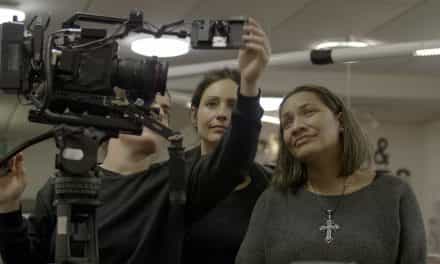 Conversations: It’s about serving our communities 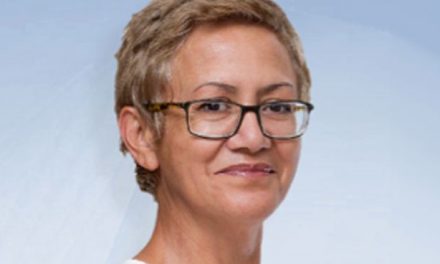