In defence of John Campbell 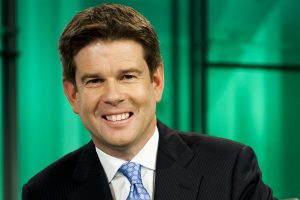 Call me old-fashioned but I’d rather watch a man with his heart on his sleeve, than a smug look on his face.

The way I see it John Campbell doesn’t ask questions simply for the sport of it or to boost his own ego. Campbell is doing what a good journalist should do – search for answers, uncover facts and honour the story. He is part of a team that has demonstrated a commitment to championing the underdog, to sniffing out corruption and asking some tough questions on behalf of those of us looking for answers.

I don’t know John Campbell. Only met him twice, a few years ago.

The first was when we bumped into each other in the aisle of our local supermarket. After I introduced myself and we chatted about current affairs and music, JC offered to give me (and my grocery bags) a lift home. I mention this incident only as proof that yes, Campbell is indeed Mr Nice Guy.

The second time was briefly in a café. We got to talking about Anna Politkovskaya, the Russian journalist and activist who was murdered. I recall JC rather wistfully saying that “NZ doesn’t do real news and that includes what we do.”

But that was a while ago now. And over the last couple of years, I’ve tuned into Campbell Live nearly every night. I watch the first half of the news, and while the sports bit is on, I sort my daughter out with a bath or kai. Then I settle down with my cup of tea and JC. Unfortunately there’s no people-meter in my house to tell you that.

Some stories stick. Even on Wednesday, while pondering how much would be too much to drive, my friends and I referred to a story by Lachlan Forsyth. He and three of his workmates conducted an experiment with alcohol and driving in 2013.

Then there are stories about ordinary people like ‘Evan with the teeth.’ We met him in 2011, helped raise $180k towards correcting his teeth, and his sister’s, and four years later we’re still watching them transform.

Remember Pera Te Amo, the Christchurch subbie? When Pera was owed money by a lead contractor, and was therefore unable to pay the wages of his own crew, he lost it. He dug up the car park that he and his men were meant to be finishing. Five months later when the High Court judgment came out, reporter John Sellwood went back to Pera.

And that’s what I really like about Campbell Live. While everyone else goes on to the next sensational something, this lot are a dog with a bone. They keep going back, whether it’s a big story or a small one.

Over the last four years, they have consistently reminded us that Christchurch isn’t fixed and that there are real humans still struggling with stuff the rest of us take for granted.

When they gathered Christchurch locals into a hall before Christmas, John Campbell invited each person to hold up placards identifying whether they were still at loggerheads with EQC or insurers. As an Aucklander relaxing in my nice, warm and safe home, it was such a powerful visual. I welled up. And I remembered to still care.

I like how the programme tackles other big issues too such as synthetic highs, the GCSB and, only this week, Zero Hour Contracts – and I like how JC has never been shy to ask hard questions of business and political leaders, including John Key. One of the most memorable interviews for me was watching him trying his best not to lose it with Simon Bridges.

The show has run campaigns to fill school lunchboxes, to raise funds for various tsunamis and disasters, even to get the All Blacks to Samoa. It’s given us a chance to do something practical right there and then, from the comfort of our living rooms. I like that too.

But, according to Mediaworks bosses and the 600 people-meters, not enough people do.

“We put news on, but only because it rates. And we sell advertising around news. This is what this is all about,” says the Mediaworks Chairman Rod McGeoch in the NZ Herald.

Wow. Think about that. It’s quite a statement. However there’s been no suggestion that any key advertiser is going to pull the plug.

The rumour is that the current affairs programme will be replaced by either a Jono and Ben kind of show or a new local soap to be possibly produced by Eyeworks NZ. This was a company that Julie Christie built up and was a part of until she took on the role of executive director of Mediaworks NZ.

Often described in the media as the Queen of Reality TV, Julie Christie is one of New Zealand’s most successful producers. Her influence extended to Treasure Island, DIY Rescue, The Block NZ, The Bachelor, X-Factor, Dancing with the Stars and Masterchef. She has even successfully exported her formats offshore.

“The US market is wonderfully open to ideas from outside,” she has said. “They have a voracious appetite and unscripted television is a vital part of everyday life to them.”

Isn’t it odd that reality TV doesn’t seem to include ‘real news for real people?’

What is the ‘reality’ behind the proposed demise of Campbell Live? If John Campbell isn’t allowed to grill his own bosses, who else will?

Mediaworks NZ is a private company and New Zealand’s largest independent broadcaster, beholden to no one but its shareholders. It owns TV3, TV4 and around 18 radio brands across NZ. There’s something a little bit creepy about that. While print journalists and commentators will continue to investigate the real reasons behind the proposed axing, it’s unlikely that Paul Henry or any of the Radio Live journalists will interview their own bosses on the subject, or even be allowed to mention it on air.

I’d really hate to see such an award-winning team go – or even worse, morph into a dumbed-down version of its former self.

As an old-fashioned TV viewer, I’d like to see the Mediaworks Chairman (Rod McGeoch), the Executive Director (Julie Christie) and the CEO (Mark Weldon) undergo a little ‘unscripted television’ reality themselves. Answer some questions.

It’s time to get some ‘brown’ on the job.