We still have some way to go 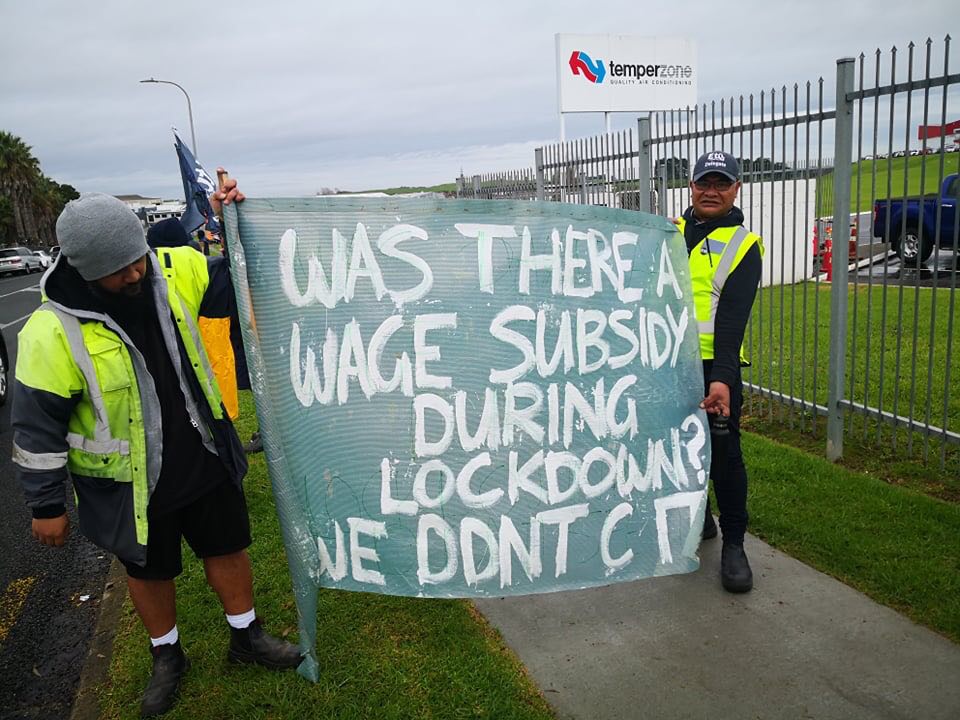 The government’s generosity to business has delighted the commercial world. But it needs to make a priority of the people at the bottom, writes Matt McCarten.

New Zealanders are rightly proud of our prime minister’s leadership in steering us through the coronavirus pandemic. It’s almost incredible that we have eradicated the plague from our shores. We live on our two islands away from the rest of the world, so we sometimes take extraordinary achievements for granted.

But, if we compare ourselves with the rest of the world, it’s clear just how successful Jacinda Ardern has been.

On a per capita basis, New Zealand, for every million citizens, has just four deaths — and 273 cases, none of which are active. Using the same formula, Trumpsville USA has nearly 350 deaths. Even worse, in Boristown UK, they have a whopping 570 deaths.

We’ve always held Scandinavia up as the gold standard of social cohesion. So it was interesting to see Sweden, which took an opposite strategy to us. Ardern closed down our entire country, while Sweden promoted enlightened self-management and allowed its citizens to make their own social distance rules.

Sweden’s decision has been a disaster. Their death rate is 50 per million. That’s 12 times higher, per capita, than us. Except for New Zealand and a handful of other countries, new cases and deaths are increasing around the world.

Any government’s first responsibility is to protect its people. If Ardern’s government had vacillated like other countries, we would now have 2000 deaths and 25,000 cases. Imagine today having thousands of Kiwis either dead, in hospital, or in silent terror with the infection. Thousands of families with vulnerable elderly or sick relatives who’ve come through these lockdown days are especially grateful.

As such, Ardern is rated as our most popular prime minister in living memory and will almost certainly be rewarded with an increase to her parliamentary caucus on election day. The National Party is in disarray. Their new leader, Todd Muller, strategically grabbed the small business portfolio to rally that traditionally reliable core base for the Nats.

Unfortunately for him, this base seems to have already deserted National, at least for this election. In the last week, I’ve spoken to six small business owners. All of them voted National in the last election. Four of them are now saying they’re voting for Labour, with the other two “probably” going to vote for Ardern.

They offered three main reasons. One is Ardern’s empathy and personal leadership style compared to the behaviour of Simon Bridges and now Muller. Another reason is what they see as the government’s overall competence. And the third was the prompt delivery of a wage subsidy for their employees and government support for businesses.

All six said that if they hadn’t received the wage subsidy, they would’ve had to make employees redundant. Several of them said that knowing their staff weren’t going to suffer, and knowing these workers would be available to come back to work at the drop of a hat, was a big relief — in business and personal terms. Two of them said they’d always resented paying taxes, but now appreciate the tax help that probably saved their business.

None of them gave points to Todd Muller for his performance to date. That feedback must be showing up in National’s internal polling. Muller’s strategist, Matthew Hooton, has his work cut out. What is Muller’s message to small business? More subsidies for business, but less tax? Good luck with keeping a straight face with that one.

A National Party insider says he now understands what Labour went through during the John Key era. If the feedback I got this week is any measure, Muller will lead his party into a defeat with a result no better than if Bridges had remained.

Labour, however, has a risk they need to be careful about. They’ve won on every metric in these early weeks of the crisis and have the confidence of mainstream New Zealand. But managing the economic fallout will be a different fight. The world will go into deep recession that will be out of our control.

The government’s generosity to business, so far, has delighted the commercial world. But it’s becoming increasingly clear that some of the recipients of our tax dollars haven’t used it to support their employees as was intended. Instead, they’ve pocketed the money and sacked their staff.

Some companies never needed the money, anyway. But if free money was on offer, I assumed they thought it was silly not to take it. When the crisis hit, I’m told the business lobby convinced the government that employers could be trusted to use our tax money to keep their employees on the books. The prime minister was rightly focused on the health strategy, so the lobbyists won the day.

In my day job, I help workers who are exploited by their bosses. From the start of the crisis, I’ve had many complaints of mistreatment by employers. But the trickle of complaints has, in recent days, become a torrent. The trade union movement is working overtime just managing the tens of thousands of mass redundancies for their own members.

Union organisers tell me they spend all their time running from one redundancy meeting to another. Given union membership is less than 10 percent in the private sector, you can see most workers are at the complete mercy of their employer.

Frankly, the conduct of the employers I’m dealing with is appalling. Non-union employment agreements almost never have redundancy compensation. In many non-union workplaces, the entire staff are getting blanket email notices of possible redundancies. Within days, after a perfunctory process, employees are told their services are no longer needed, and they’re immediately marched off the worksite.

Many employers are using the crisis to covertly clean house. The victims are long-serving staff who are being replaced by cheaper labour. Another disturbing trend is that some employers are getting rid of workers who stand up for themselves. In a normal time, this would be deemed an unfair dismissal and wouldn’t be allowed to proceed. White-collar workers know their rights and, in many cases, can get legal help to challenge the decision.

But in the cleaning, retail, tourism, security and hospitality sectors, they’re being screwed big-time. These workers are being thrown on to the scrap heap. They are overwhelmingly brown. Labour needs to remember that these are their voters. Labour has bent over backwards to help businesses. But the government must make a priority of being mindful of the people at the bottom.

The rage of the dispossessed working class around the world has risen against the capitalist system, in ways that are ugly. Look at the United States and the United Kingdom, where they’re coming apart. The traditional parties ignored the plight of the working poor. Many of these citizens who were left behind came under the thrall of populist demagogues who are destroying their democracies and institutions.

In lockdown, we all had time to think of how we’d build a fair and just society. Jacinda Ardern convinces us we’re a team of five million. Kiwis are up for shared sacrifice. Therefore, we must call out people who put out their hand for our tax money to save their businesses, while using the other hand to cut off their employees’ livelihoods.

We’ve got some way to go before we arrive at fair and just.