Putting the boot into Awataha hurts all our marae 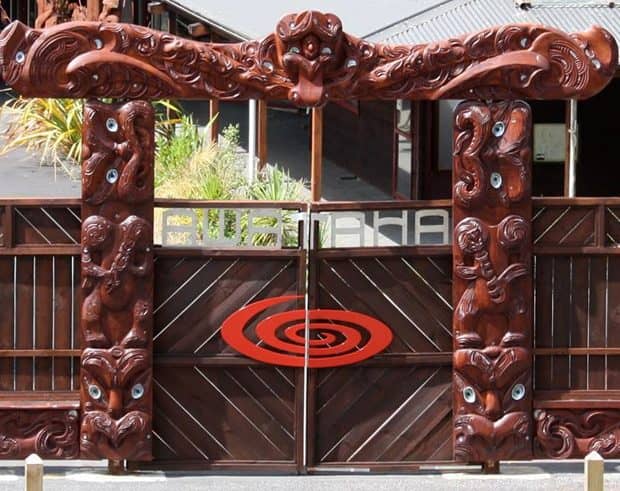 I’ve been to a fair few marae in Auckland. The first one was Hoani Waititi at Glen Eden, in West Auckland. It was the opening actually, in 1980. I remember wandering out back to marvel at the huge hangi pits beside the big marquee, then spotting Pita Sharples.

It was under his watch that this pan-tribal marae, a relatively new concept at that time, became a game changer for Auckland’s urban Māori. Way before his stretch in parliament, Pete was already an influential figure — not only a leader in kapa haka, through Te Roopu Manutaki and Te Whare Tū Taua o Aotearoa, but also the force behind making Hoani Waititi the home of New Zealand’s first kura kaupapa Māori and the first marae to go smokefree.

At the time of the opening, me and my mates were plotting pub crawls and protest marches from the Kiwi Tavern just up the road from the university. How appropriate that now a new generation of students are swapping ideas pretty much where that pub was — only these days those discussions are carried on inside the AUT wharenui.

Across the harbour, another marae has stood on the North Shore for 30 years. That’s Awataha. But thanks to political opportunists busting a gut to score points, Awataha is now associated with terms like slum, sub-standard, sweatshop and slave labour.

Good on Matt McCarten for some creative thinking around Labour’s campaign to get more people on the electoral roll. However, putting 85 overseas interns up at the marae for a number of weeks wasn’t his best idea.

When a couple of them complained to the media, all hell broke loose. Matt was framed as some kind of slave overlord and a picture was painted of student volunteers as indentured labour. In the scramble to reach the moral highground, even Māori were repeating inflammatory hashtags. All of that helped to reinforce negative perceptions not only of Awataha but also, by extension, of all marae.

For some of us, Awataha represents a recurring theme. It’s that even if Māori aren’t used directly as a political football, we’re often collateral damage.

Because when it comes to marae, manaakitanga is everything. I remember years ago when my late father-in-law arrived home. Troubled.

“Lettuce,” Bob muttered, looking  at me in shock. “They served lettuce and luncheon at the marae.”

It was the 1980s. Some attitudes to food were different in those days. Salads were invisible on the marae circuit. And Bob, a wharfie, was the type to eat half a sheep for breakfast. I sensed he never quite got over what he saw as a lack of manaakitanga by that particular marae.

That’s how it is with marae. You remember the hospitality, the generosity of spirit, the people, and … the lettuce.

There’s a pātere from the mid-1800s called Poi atu taku poi. It was composed by Erenora Taratoa (Ngāti Raukawa) in retaliation for disparaging remarks made against her. In the lyrics, she swings her poi figuratively throughout the country, touching down in particular places where her credibility and mana can be substantiated.

Something about that waiata has stuck in my head. And, if I “do an Erenora” and throw my poi out around the 72 marae in this city, it takes me on quite a journey.

After leaving  school — I was at St Joe’s in the Hawke’s Bay — me and my mate Aroaro Hond would rock up to Te Unga Waka in Epsom for Sunday mass. Very briefly. The complex was owned by the Auckland Māori Catholic Society. Years later I’d return there to rehearse one of my songs with the Takatāpui kapa haka to lead out the Pride parade. Out-feathered and under-sequinned, I felt positively Amish on that float.

If I swing my poi out into the heart of Mangere, it takes me to Ngā Whare Waatea, the busy urban marae complex that Bob named. Just down the road is Mataatua Marae where I’m reminded of a time a group of us went on to the marae at daybreak. There was an astonishing exchange of wailing karanga between Ngāti Awa and Te Arawa that felt like ghosts and spirits were flying everywhere, dipping and diving around us.

And, while Te Puea Marae is widely known for its aroha and manaakitanga, for me, its name conjures up images of my father-in-law, Bob Jackson, lying in state on the verandah — and receiving long and emotional tributes delivered in the pouring rain by some of the greatest orators of his generation.

As my poi flies to the Manukau, I’m inside Te Manukanuka o Hoturoa with my friend Amiria and we’re deep in conversation with a Saudi princess and her royal entourage. When I hear the name Papakura Marae, I think of the tangihanga of the gracious, and always dapper, Tūhoe kaumatua Tāwhao Tioke.

When I twirl my poi to Ngāti Whātua’s Orakei Marae, my eyes travel up the striking, bold maihi of Tumutumuwhenua to the giant hawk that, for me, represents potential and rangatiratanga. As it flies north west to Woodhill where carpenters and labourers gather, I acknowledge local mana whenua rebuilding their wharenui at Reweti Marae.

As my poi hovers over University of Auckland, it captures an image of my son draped in a peacock green korowai, laughing with his friends as they celebrate their graduation in front of the beautiful wharenui carved by Pakaariki Harrison.

A quick flick of the wrist and I’m in Scotty Morrison’s nightclass at Te Noho Kotahitanga at Unitec, learning Māori.

My poi continues its journey to a Ngā Aho Whakaari wananga at Piritahi (Waiheke Island), to a school “camp” at Umupuia (Maraetai), to a hui at Whaiora (Ōtara) and a visit to Manurewa Marae.

There are around 750 marae in Aotearoa. Some house community halls without any ornate decoration. Others are festooned with beautiful carvings. Some are beautifully designed, while others are humble.

It’s hard yakka to keep the marae looking good, manage the compliance stuff, the bookwork, whānau expectations, organise speakers for the paepae, not fall out with Grumpy Aunty, and keep an eye on Dodgy Cousin. When things are run on the smell of an oily rag, sometimes they go belly up.

Most marae operate under volunteer steam, although they’re increasingly used as civil defence and emergency centres. The Tūwharetoa Trust Board has bought defibrillators and has run CPR training in its 26 marae. Various iwi trusts direct funding to marae around Lake Taupo to cover insurance and marae upkeep. Many other marae struggle to survive on koha and grants from the Creative Communities Scheme or Lottery grants. They don’t qualify for community hall funding either.

Some marae hire their facilities out to cover the bills. While tikanga dictates that tangihanga take precedence over any hui, there are allegations that some marae, including Awataha, have their priorities out of whack.

Next week my hapū at Waitetoko Marae are expecting a thousand people to witness the signing of our Treaty Settlement between Ngāti Tūwharetoa and the Crown. The cousins who live close by are already on top of it, tidying up the place and making it look even more classy. On the day, there’ll be way too much kai, but the salads are so flash now even Bob would approve.

There’s a lovely white picket fence surrounding our whānau graveyard. It was a gift from the Flights, a Pākehā family whose children grew up alongside my father and his siblings. “Beautiful people,” Dad would say.

For our father, that fence represented a bridge.

Lots of people, Māori and Pākehā and other tauiwi, have never visited a marae. It’s surprising in this day. Plenty are keen to. The Buddhist Temple in Flatbush hosts an Open Day. Many marae have an open day. But imagine if, on one particular date every year, marae who wanted to, were part of a national Marae Open Day.

Visitors could be guided through protocol and would offer koha. There’d be singing, storytelling, games, cups of tea, plenty of laughs — maybe kai and crafts for sale. It could be as simple or as complicated as the marae wants it to be.

Let’s face it, political parties, especially around election time, will keep building walls. What the rest of us need to do is ignore those walls and think instead of the white picket fence — and the bridge that it has been.

We can find more ways to come together. If local body councils increase support for local marae. If New Zealanders see our marae as something special and unique to Aotearoa. If we lend a hand to those who keep the home fires burning. If we ease our own disenfranchised people into these spaces. If we create simple pathways for tauiwi to explore inside the fence. If we uphold kawa and protect tikanga …

Then, just maybe these unique cultural hubs that exist deep inside our communities will bring us together and also inspire a new generation of bridge builders.