Our Māori MP of the year? 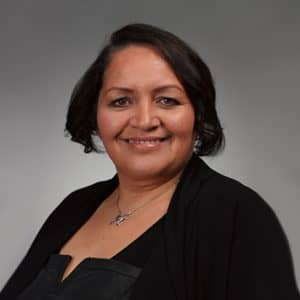 I’m not a great fan of political awards. The way I see it, it’s usually better to criticise than praise a politician. But this year seems different. For the first time in ages, there’s been some stability in Māori politics. There’s no Foreshore and Seabed Act (or a Takutai Moana Act). No split in the Māori Party. The Mana Movement ended its deal with the Internet Party. And the Labour Party Māori caucus has become the strongest it has been in years. So, overall, it hasn’t been a bad year for Māori politics. And, in that (mainly positive) spirit, here are my awards for a few of our politicians.

The Apirana Ngata Award for Politician of the Year: Marama Fox
For a first-time MP, Marama Fox brings a refreshing amount of bounce and cheek — so much so that Patrick Gower was moved to nickname her “the Foxy Lady”.
But beneath the playful personality is an ambitious and articulate politician who’s already re-shaping Māori Party politics. It was Marama (not our Immigration minister, Michael Woodhouse) who had the guts to take on Peter Dutton, the Aussie Immigration minister, over how his government treats New Zealanders.
Marama is the perfect foil for Te Ururoa Flavell’s cautious and conservative approach. And where she deserves special credit is for publicly disagreeing with Tariana Turia’s idea that Chris Brown (had he been able to proceed with his concert tour this month), could have been an anti-violence role model for Māori men. She argued that Brown’s US crimes (assault and threatening to kill) didn’t make him a welcome visitor to New Zealand.
It takes enormous courage to call out your party’s founder for backing bad ideas.

The Don Brash Award for race relations: Ron Mark
After defeating Tracey Martin for the deputy leadership of New Zealand First, Ron Mark (true to form) couldn’t resist further controversy. During the debate on the Easter Trading Bill he delivered “a short message” to National’s Melissa Lee: “if you do not like New Zealand, go back to Korea.”
Charming.
He denied racist intent. Melissa Lee is a dual citizen, he “explained”. But he knew the implications of the old “go back to where you came from” attack. It has racist roots. It’s a way to deny or belittle a person’s connection to this country. But shouldn’t we, as Māori, manaaki migrants?

The Shane Jones Award for causing a ruckus or two: Kelvin Davis
What is it with men from the north? They’re troublemakers and rabble-rousers (which is, of course, a good thing!).
This year Kelvin Davis stepped up a number of times. For instance, he went to bat for the New Zealand detainees that the Aussies had plonked down on Christmas Island ahead of their deportation to New Zealand. He gave Serco a hard time too. They’re the British company contracted to manage Mt Eden prison. And he also made a stand against domestic violence and sexual abuse.
Kelvin is a campaigning politician in the tradition of early 20th century Labour MPs. That’s a rare breed these days. Lastly, he came up with the political line of the year: “Prime Minister, you’ve been gutless.”

The Norman Kirk Award for the Treaty partnership: Catherine Delahunty
Catherine Delahunty’s bill to stop confiscations under the Public Works Act was drawn from the Members’ Bills ballot this year. It was inspired by one of our best known writers, Patricia Grace, and by her whānau in Kapiti, whose land was threatened with confiscation under the Public Works Act.
This sort of bill is in the best spirit of the Treaty partnership, and Catherine, who’s a third term Green Party MP and a lifelong radical and activist for tangata whenua rights, is the best embodiment of that partnership.

The James Carroll Award for defeating Pākehā cynics: Winston Peters
The King of the North broke the National Party’s iron grip on the Northland electorate. True to form, Winston secured the seat against many expectations and, in doing so, seriously damaged the government.
Winston’s win in the May by-election meant the government lost what could be a crucial vote in Parliament. That was a vote which the government needed so that it could pass its dangerous reforms to the Resource Management Act. That said, the reforms will pass in a different form after negotiations with the Māori Party — not that Winston was intent on giving the Māori Party more influence.
It has been a source of delight for many that Winston managed to embarrass both John Key and Steven Joyce in one fell swoop.

The Parekura Horomia Award for seemingly being everywhere, all of the time: No winner
It’s an important role, but who will ever fill it?

The Sandra Lee Award for Being Treated as Less Competent Than You Are Just Because You’re a Māori Woman: Nanaia Mahuta
Nanaia was apparently demoted to make way for Kelvin Davis because it seems that you can’t have two high-ranking Māori MPs at the same time.

The Matiu Rata Award for making an impact: Marama Davidson
Marama came into Parliament less than two months ago, to replace Russel Norman who stepped down from politics. And she has made a prompt impact in Wellington, starting with her maiden speech where she outlined whakapapa (“I come from a long line of stubbornness”) and struggle and political analysis all in one. She has now been named as the Greens spokesperson for Māori Affairs (taking over from the formidable Metiria Turei) — and she has rarely missed a chance to advocate for Māori.
Marama is one to watch.