Māmari Stephens: Kaupapa Māori and the war on words 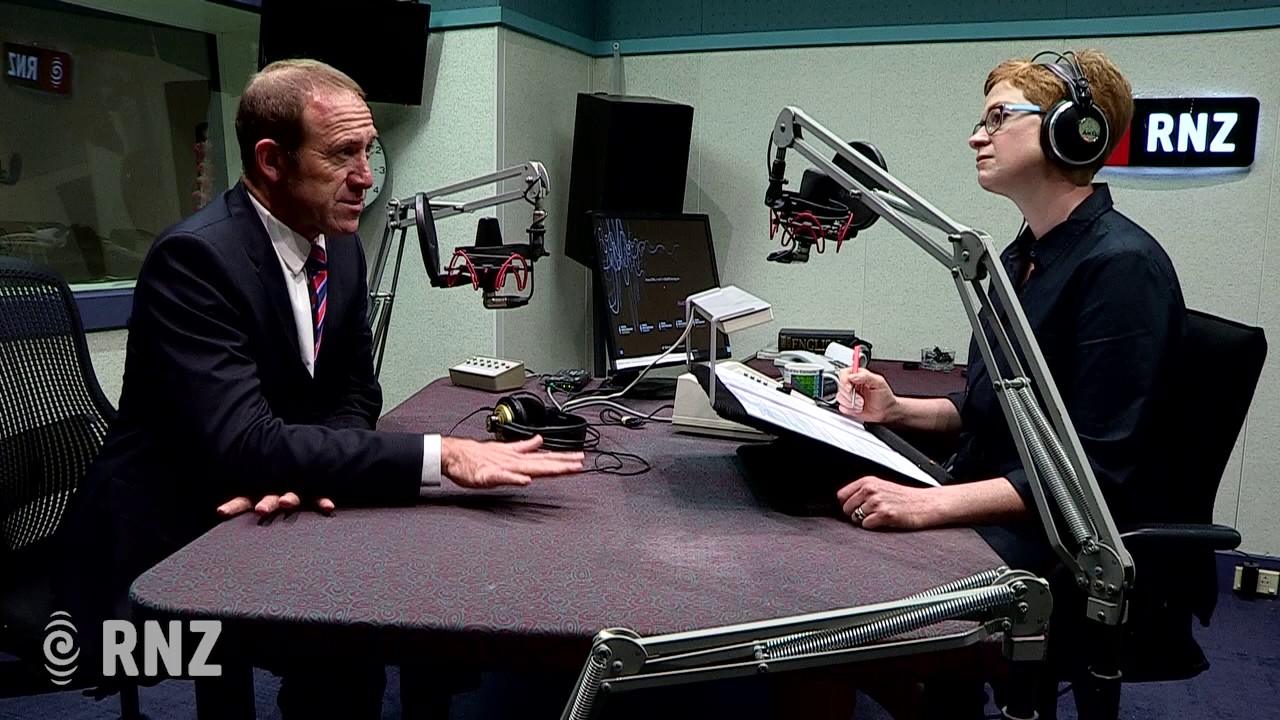 I am no political pundit. I have no great insight into Māori politics on the national or local stage, no great insider knowledge of the special handshake that would admit me to the inner sanctum of any of our political parties. All I have really is my ears and eyes and my own gut and prejudices.

Sometimes those things all fail me.

So, for a long time I didn’t even claim to know what the hell Andrew Little has been playing at, with his recent attacks on the Māori Party.

First up was Little’s poaching of Willie Jackson who was a real hope for the Māori Party in the drive to reclaim the seat of Tāmaki Makaurau in this year’s election. Probably a master stroke really, for Labour.

Willie may well have that kind of broad-based appeal to city-based Māori, and sufficient profile to earn a high spot on the list, broaden the party’s appeal overall, and, by the by, shut the Māori Party out of the seat by eradicating their big chance to win it back.

Of course, the Māori Party was collateral damage. Or so I naively assumed. Now I understand it was the intended target all along.

What woke me up (eventually) was that question from Susie Ferguson on Morning Report to Andrew Little. The man who would be our next prime minister.

Susie Ferguson: “Okay … the Labour vote is high in those Māori seats, but isn’t there a hunger from the voters in those seats for an electorate MP who is from a kaupapa Māori party?

It was a great question for two reasons (in my mind).

Firstly, the fact that Susie knew what a kaupapa Māori party was, and was comfortable with dropping the term in to her question, naturally and easily.

Secondly, the answer to that question showed that Little seemed, to my ears, to lack a useful understanding of Māori thinking. It was a kind of lightbulb moment in reverse: he seemed to be showing us he had no idea where the switch is, let alone the bulb, that could illuminate Māori politics for any of us.

Andrew Little: Well, the Māori Party is not kaupapa Māori. We know that it has conceded on every important issue affecting Māori in the last nine years.

Susie: They would probably take issue with that!

Andrew: Well, in the end, what it comes down to is: how do Māori have the strongest voice, not just in parliament but in government? At the moment, it comes through the Māori Party which is two MPs tacked on to the National Party that doesn’t need to listen to them on anything if it doesn’t wish to.

My response was instant, boiling anger. Oh boy, I thought. We have the leader of the Opposition telling us what is and isn’t kaupapa Māori. It didn’t worry me that he’s a Pākehā person voicing an opinion about things Māori. What galled me was that he had pronounced grandly on something he doesn’t understand. How on earth could kaupapa Māori be understood in such miserably narrow terms?

Going by what Andrew Little said, it appears that in his world (and perhaps well beyond that) a political party can only be kaupapa Māori if it wins battles in parliament on every important issue affecting Māori. On this kind of understanding of kaupapa Māori:

On this definition, neither the Māori Party nor the Mana Party nor Āpirana Ngata could ever be accused of employing kaupapa Māori.

Being the liberal Māori snowflake that I am, I had assumed Little’s statement was off-the-cuff, perhaps unintentional, perhaps misjudged. It was easy for me to vent my spleen against Little. (Which I did in my blog here.)

Then I saw some of the remarks from the Labour Māori Caucus in support of Little. Peeni Henare, who holds Tāmaki Makaurau, told Radio New Zealand that

“… using kaupapa Māori as the bargaining chip for negotiations with a government, then end up compromising — well, that’s not kaupapa Māori”.

And the penny dropped.

There have been other warning signs I had missed such as the cut-throat language from Labour Māori MPs and candidates in the months leading up to this week.

After nine years in power, the Maori Party has gone from ‘independent voice’ to a nodding head dog on the dashboard of the National Party … Ineffective and ornamental, they have overseen our people becoming the stars for child obesity, mental health and education statistics for all the wrong reasons, while being locked out of dreams of home ownership and left to face rising medical costs, rents and rates of homelessness.

The Māori Party’s pretence of being an independent voice for Māori is a sham and it’s clear their agenda is a neoliberal one that aligns with their National Government masters […] National’s little helpers also voted against Labour’s smart plan to abolish Charter schools.

“National’s little helpers” is a fave phrase for Meka. She used it in September here.

And here’s Kelvin Davis (Te Taitokerau) on the failure of the Treaty of Waitangi Oath Bill in August last year:

Marama Fox describes the relationship accord as being the tail of the dog but it’s more like being National’s little lap-dog.

This is a wee taste of a pretty relentless set of attacks by Labour Party Māori MPs on the Māori Party, evident from the Labour Party website. So, the campaign is sustained, it’s supported by the Labour Māori caucus, and it’s personal. Lap-dogs, little helpers, nodding-head dogs … these are not names you call people you respect. Not in real life, anyway.

There is no version of this narrative where the Labour Māori caucus and the Māori-based parties can respectfully co-exist in the New Zealand political landscape in Labour’s plans. And I have only just woken up to this development. I know, I know. Egg that I am.

Twisting the notion of kaupapa Māori is a charge I guess I can also lay at the feet of the Māori Party. Te Ururoa Flavell said the following in January:

“We’re at a time now where we need to put a stake in the ground and make that a reality — one political movement under a Māori Party banner, which will pull back those seats from Labour and stay in kaupapa Māori hands forever,” he said.

I find the notion that Labour Māori caucus MPs are intrinsically incapable of acting from a base of kaupapa Māori just as offensive as the reinterpretation of the term offered by Little and the caucus itself.

Words. They fail me.

Okay, for those of you who may be unsure as to what is meant by the phrase “kaupapa Māori” in the first place, here is Te Aka’s definition:

It’s a pretty broad set of ideas. Others have said kaupapa Māori is a way of doing things from a Māori worldview.

So, then, operating from a kaupapa Māori perspective has nothing whatsoever to do with the battles you win or lose. Nor does it have much to do with moral good, or intrinsic worthiness, but more with the way you think, act and make decisions. Kaupapa Māori can be exercised by individuals and groups, but will obviously have more impact when collectively undertaken.

Some may have a more exclusive view than I do, maintaining that kaupapa Māori can only be employed by Māori for Māori. I would say people who are not Māori can learn to operate from a kaupapa Māori perspective.

Actually, I have also known some Pākehā who probably don’t even know they view the world in a way absolutely consistent with Māori values and Māori philosophies. I wouldn’t say they operate from a kaupapa Māori base, but they are not so very far from those of us who do. On the other hand, there are also Māori who claim to operate from a kaupapa Māori base who completely undercut such claims in what they say and do.

Kaupapa Māori is not a respecter of political affiliation. I don’t ask for a kaumātua’s voting record before he or she gives karanga or whaikōrero, or offers me kai. Nor does kaupapa Māori require stridency. The quietest voice in the room may be that espousing a kaupapa Māori view, for those with the ears to listen.

Further, kaupapa Māori is not a topic. Nor does it comprise a set of finite issues. Worldviews tend not to be so restricted. Saying that people coming from a base of kaupapa Māori may only opine on things relevant to Māori is as ridiculous as saying a French speaker may only converse in matters of relevance to France.

Up until now, I had been okay with the vague notion that the Māori and Mana parties could be described as kaupapa Māori parties. Now it is clear that in this election year, the term has been weaponised by the very people who are supposed to sustain and protect those ways of thinking, acting and deciding that the term “kaupapa Māori” is supposed to represent.

Ultimately a bunch of politicians, Māori and otherwise, have taken the idea of kaupapa Māori and weakened it to mean far less than it ever has. And Māori voters are the losers.