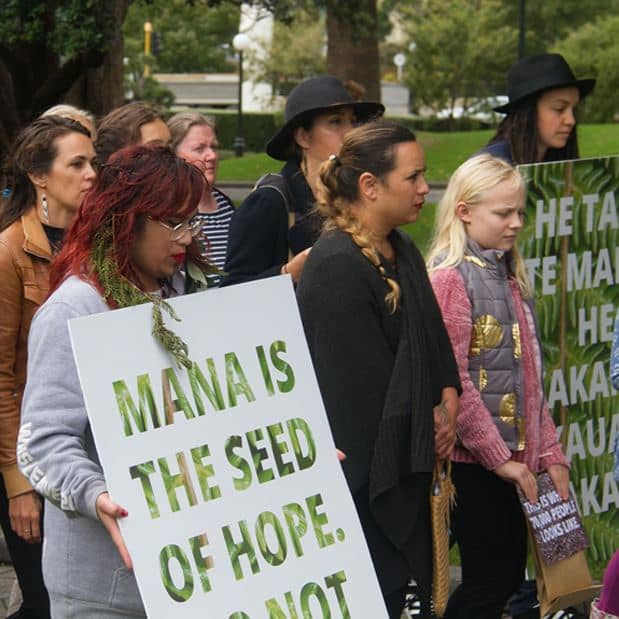 In November 1860, during the Taranaki wars, a satirical publication called the Taranaki Punch (modelled on the famed British Punch) suggested bringing Māori prisoners and wounded into town, tying their hands behind their backs, and letting “the spirit of honest indignation of every individual be allowed to exterminate them as it likes, and then have the heads of every Maori we can catch stuck up on a pole, as it used to be done in the good old times.”

Nearly 160 years later, print media are still publishing racially offensive speech under the protective umbrella of humour and satire. When challenged, they typically use the “just kidding” defence.

It’s a defence that often works, and just did for the National Business Review (NBR).

The New Zealand Press Council — an industry-funded, self-regulating body that adjudicates complaints about the editorial content of print media, blogs, and other online content — recently decided not to uphold a complaint by Mel Whaanga that part of a column written by businessman and former politician Bob Jones was inaccurate, unfair, and racist.

That column, published by NBR a few days before Waitangi Day this year, had advocated that, “as there are no full-blooded Maoris in existence,” Waitangi Day should be replaced by “Maori Gratitude Day,” a public holiday on which “Maori bring us breakfast in bed or weed our gardens, wash and polish our cars and so on, out of gratitude for existing.”

Public reaction to the column was swift and angry. An online petition that called on the prime minister to strip Jones of his knighthood garnered more than 68,000 signatures by the time it was presented to parliament in March. (Jones was knighted in 1989 for “services to business management and the community”.)

The Press Council gave no explanation for its claim that Jones’s comments were not serious. It accepted NBR’s position that the column was “satirical”, and commented: “Satire is a format which gives wide license to provoke, mock or make a point by gross exaggeration”.

In other words, the humour defence.

But I wonder: Who decides if a published statement is or is not to be taken seriously? If a piece is branded “satire,” either at the time of publication or subsequently, does that mean that everything in the writing is to be considered non-serious or non-factual? The council gave no guidance on this question.

The Press Council acknowledged in its decision that there are limits to freedom of expression.

But, apart from noting that “many jurisdictions” face difficulties in dealing with “hate speech,” it offered no guidance on what those limits are.

It simply noted that, while on the one hand “readers do not have a right not to be offended,” on the other hand “publishers disregard the tastes of their readers at their peril.”

Ah, yes, the important thing to remember is there are commercial implications.

Four members of the Press Council (Chris Darlow, Jo Cribb, Tiumalu Peter Fa’afiu and John Roughan) dissented from the majority view, and would have upheld the complaint on the basis that it “clearly exceeded a reasonable boundary of free speech on the subject of race.”

They disagreed that branding the column “satire” made Jones’s comments excusable. “The important principle of freedom of speech,” they said, “was not served by humour that depends on giving deliberate, gratuitous offence to a racial minority for the amusement of the writer and those who share his racial attitudes.”

Free speech on the subject of race “ought to stop short of humour that deliberately sets out to hurt,” the four dissenting members added. They hoped “all editors will reflect on this case and recognise that gratuitous racial offence is unworthy of responsible journalism.”

In its majority decision, the Press Council cited the Human Rights Review Tribunal’s 2017 decision in the case of two racially offensive Al Nisbet cartoons published in two South Island newspapers, The Press and The Marlborough Express, in 2013.

That appeal was the first case to be considered by the High Court in relation to New Zealand’s obligations under the International Convention on the Elimination of All Forms of Racial Discrimination. It raised “important issues in terms of the interface between the right to freedom of expression … and the legislature’s legitimate interest in enhancement of racial harmony by the suppression of certain types of publications,” wrote the three judges who presided over the case.

Freedom of expression vs enhancement of racial harmony — that was the issue in the cartoon case, and in the Jones column.

At issue here are two opposing rights: the right to freedom of speech on one hand and the right to protection from racial discrimination on the other

In its decision on the Nisbet cartoons, the Human Rights Review Tribunal had waxed eloquent on the right to freedom of expression, describing it as the “lifeblood of democracy.” It emphasised the need for a “vigilant free press” that doesn’t shrink from publishing material which may “offend, shock or disturb.”

On the other side of the ledger, the tribunal acknowledged that the exercise of freedoms is subject to necessary restrictions — including “in the interests of national security, territorial integrity or public safety, for the prevention of disorder or crime, for the protection of health or morals [and] for the protection of the reputation or rights of others.”

So, what about the “reputation and rights” of Māori and Pasifika communities? Does a cartoonist’s freedom-of-speech right entitle him to impugn the reputation and dignity of those groups of people — to infringe their freedom-from-prejudice?

Finding a balance between these seemingly competing rights isn’t easy. One of the difficulties is that the advantages to a democracy of largely unregulated speech are considered to be obvious, while the harms are less apparent.

In their book Speech and Harm, Ishani Maitra and Mary Kate McGowan examine the ways in which speech causes various types of harm. They argue that racially offensive speech from a person of some esteem — a person with a knighthood, say — can act to persuade the hearer or reader to believe that holding racially discriminatory views is socially acceptable.

If repeated often enough, this process can condition hearers not just to accept but also to imitate discriminatory views. Such as: “Māori should be grateful for all that Pākehā have done for them.”

Racist speech also serves to silence those it’s directed against. Advocates of free speech should ask themselves this: If the exercise of racially insulting speech silences members of the targeted racial group, has that group’s own right to free speech been violated? Imagine inviting someone to speak after you had removed their tongue. Isn’t that what disempowerment of minority groups is actually about?

In their haste to defend free speech as the highest-order democratic right — superior to the goal of racial equality, say — free-speech advocates can tend to minimise the harms that result from offensive speech. They might agree that certain speech is objectionable and insulting, but ask: Does it cause genuine harm?

This isn’t just a theoretical question. Free-speech legislation in New Zealand and elsewhere is effects-based. It aims to prevent discriminatory effects rather than to punish those who discriminate. So the effects have to be quantifiable.

In New Zealand, the legal threshold for harm in the case of published material is that it “must be objectively threatening, abusive or insulting” and “objectively likely to excite hostility against or bring into contempt any group of persons on account of their ethnicity.”

In the cartoon case, for instance, the High Court agreed with the Human Rights Review Tribunal that the work was “objectively offensive” but that publication of it didn’t break the law. The Press Council came to a similar conclusion in the Bob Jones case.

In a 2017 newspaper opinion piece on campus free speech, New York professor Ulrich Baer wrote that freedom of expression “is not an unchanging absolute” and that “the parameters of public speech must be continually redrawn to accommodate those who previously had no standing.”

Society is always doing that work of redrawing boundaries. That’s why the petition seeking to revoke Jones’s knighthood attracted such immediate and strong support. A growing sector of New Zealand society has had enough of colonial-era racial prejudice served up as cartoons, jokes or “satire”.

But lest there be any doubt about race remaining a toxic and divisive issue in society, consider the backlash when filmmaker Taika Waititi commented in an interview published a few days ago in Dazed that New Zealand was a “racist place” where “if you’re Poly then you’re getting profiled.” The Spinoff, in its own satirical piece, documented the damning response to Waititi’s words, most of it along the lines of “look who’s racist now.”

In summarising its decision on the cartoon appeal, the High Court judges quoted a 1997 case in which Judge Thomas noted: “The law’s limits do not define community standards or civic responsibility. I would be disappointed if anything which this Court might say could be taken as indicative of what people of one race may feel at liberty to say and which people of the other are expected to brook.”

The court is inviting all of us to consider — and rebalance — the democratic ideals of free speech and social justice. As I wrote in 2017, and I believe today, freedom and fairness are the “twin maihi of our common house, the shelter within which we affirm our dignity and fulfil our lives.” 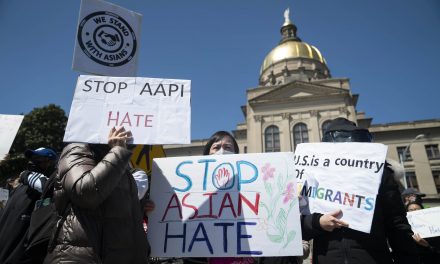 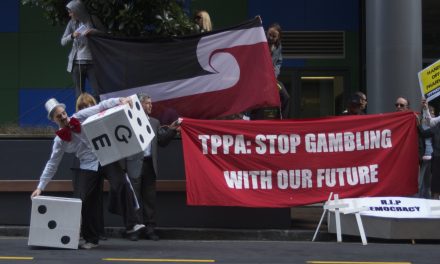 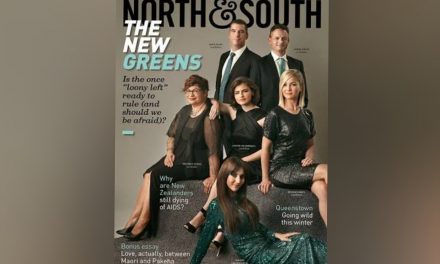 Is the Green Party out of touch with Pasifika voters?