Graham Cameron: The mātauranga divide decided the fate of the Māori Party 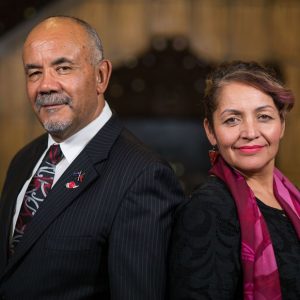 At the beginning of this election campaign, I had the privilege of being with the Māori Party and the Kīngitanga at the launch of Rāhui Papa’s campaign at the poukai at Pōhara Marae.

It was a grand affair, with many Māori (and Pasifika) leaders from across Aotearoa in attendance, fantastic oratory, and an outstanding hākari. Holding the launch at the marae seemed an inspired idea. It sat at the heart of who Rāhui Papa is, and the assumed symbolic heart of our identity as tāngata whenua.

In retrospect, that launch was also a symbol of a growing mātauranga divide within our Māori communities.

That divide is about where tāngata whenua sit in relation to their own mātauranga — their knowledge. And it decided the fate of the Māori Party in this election.

The Māori Party have a passionate group of supporters and volunteers. And, in the main, those of us who attended the launch were comfortable at Pōhara Marae. We knew the protocols that boundaried the day, we were comfortable with te reo Māori as the language of communication, we could laugh at the iwi and marae in-jokes. We understood what we were seeing.

This isn’t the experience of the majority of tāngata whenua now. The marae is an often distant symbol of who are they are, not a lived reality of their lives.

At recent unveilings and tangihanga at my own marae, I was again reminded that only a small core run marae. An even smaller group are comfortable conversing in te reo Māori.

But most of our own whānau only visit the marae in life crises like death, and then spend their whole time with mild anxiety, hoping they don’t offend anyone and that their children don’t embarrass them.

So, launching a political campaign at a marae actually sent the wrong signal to Māori voters. It put Rāhui Papa on one side of the mātauranga divide — with the slightly intimidating, highly-educated guardians of a knowledge that many of our relations in the cities and poor communities of Aotearoa have no access to.

Rāhui is a tribal historian. He was the chairman of Te Arataura, the executive arm of Waikato-Tainui, before he stepped down to run against Labour’s Nanaia Mahuta, who’s held the Waikato-Tainui electorate since 2008. Nanaia won by more than 7,000 votes.

The Māori Party is the darling of marae communities, of whare wānanga, of kōhanga reo, of iwi, but that could never get them over the line once Labour energised the poor in urban Māori communities.

While the Māori Party had many policies and many wins over the last nine years, this didn’t translate well to the electorates, so appearance became everything.

And the appearance was of a Māori Party whose power base was semi-rural and rural, and iwi and marae-focused — against a Labour Party concerned about the needs and poverty of the urban Māori poor.

Those few of us whose lives are immersed in te reo Māori, tikanga, kawa, whakapapa, raupatu, wānanga, kura and kōhanga reo, have inadvertently created a closed community that cannot speak to the actual needs of the large majority of tāngata whenua in a language that is understood.

We were talking about aspirations for Māori identity to people whose aspirations are to buy food and pay the bills at the same time.

We forget how few people now hold the mātauranga of our ancestors, and that it is no longer a rallying cry for many of our people. Our myopia means that some excellent leaders are no longer in parliament and we are the lesser for it.