Racists Anonymous — a reflection of ourselves 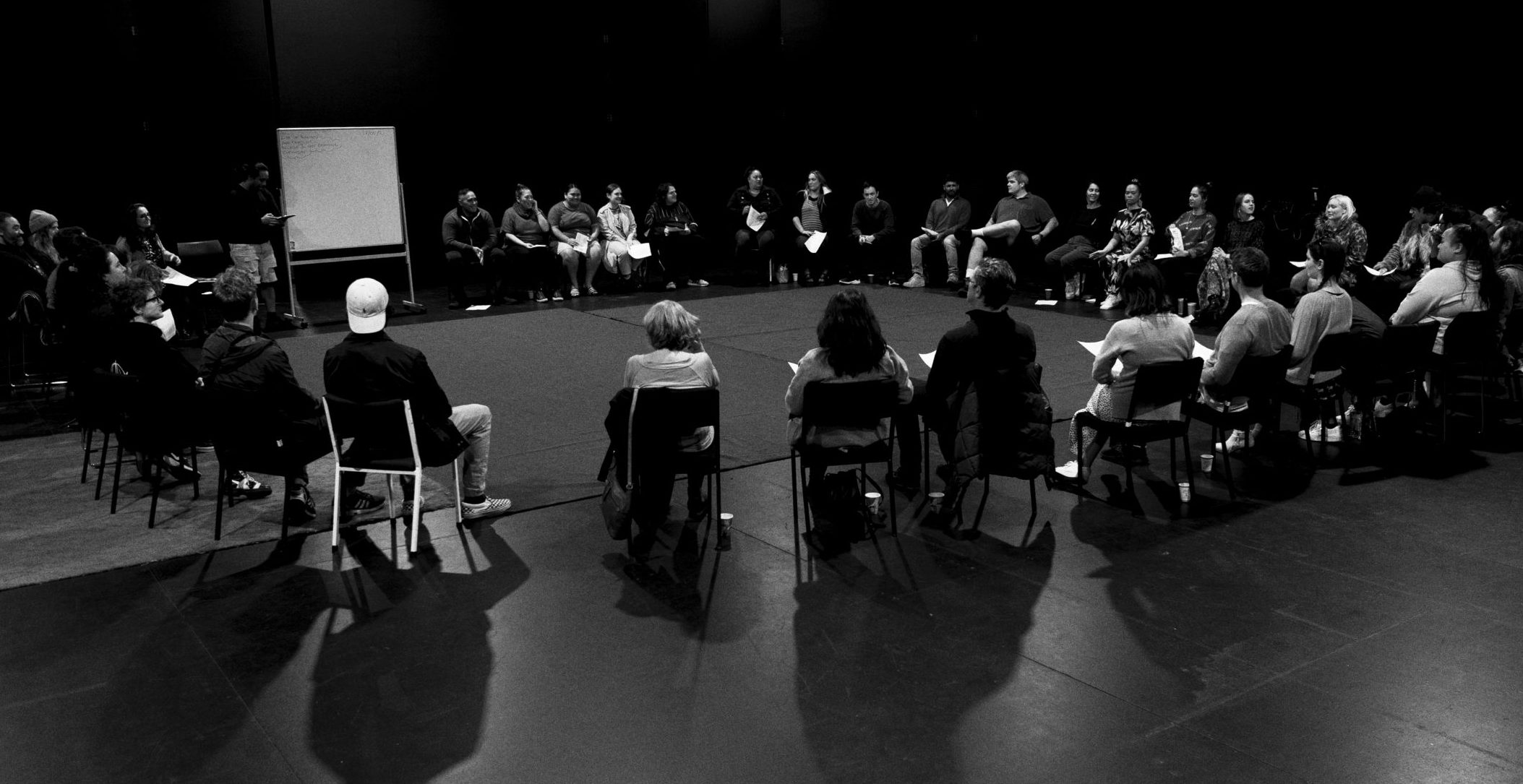 Emmaline Pickering-Martin went to see Racists Anonymous, a show that was confronting, hilarious, and uncomfortable in equal measure.

It’s been a long couple of months of straight-up racism in little ol’ Aotearoa. Let’s take a quick spin down memory lane.

First up, there was the Māori Health Authority announcement which led to Judith “Coloniser” Collins, as Whaea Debbie Ngarewa-Packer so eloquently called her, coming out with race-baiting rhetoric around separatism.

There was Rawiri Waititi being expelled more than once from the debating chamber — for wearing the incorrect uniform and then for calling out racism — and, well, all we learned from that is that you can wear a dairy apron in the chamber of hell but don’t you dare think about taonga, no thank you! Mr Mallard will be having none of that.

We had some random guy called Lee making disgusting videos on YouTube abusing Māori and engaging in white supremacist rhetoric and behaviour.

And a bunch of right wing YouTubers who made videos full of horrifically violent discussion aimed at Māori and marae, which were ignored by police until Te Pāti Māori publicly called them to action. (#DefundThePolice anyone?)

Then Paul Goldsmith with the icing on the cake when he said that “on balance” colonisation was good for Māori because it introduced them to literacy and numeracy.

And finally, the formidable Dr Jemaima Tiatia-Seath, co-head of Te Wānanga o Waipapa at the University of Auckland, receiving a seven-minute voicemail from an RNZ listener who’d heard her amazing, empowering “Raising the bar” speech and decided to tell her exactly what she thought of a brown woman talking about racism in the institution. And concluding that we should all be grateful for Europeans because they built this great nation. (*Sighs in decolonial boredom*)

These are just seven tiny grains of sand on a beach that Black, Indigenous, and people of colour sunbathe on every single day. These are our everyday realities — big, small and in between.

So what to do when racism is everywhere? Well, I went along to Racists Anonymous to find out.

We walked into Te Pou and were greeted by hosts and told to make a cuppa, take a bikkie, then choose a seat. A whiteboard at the front of the room said: “I’m a racist and that’s OK because I keep changing every day.”

What occurred next was a show that was confronting, hilarious, and very uncomfortable in equal measure.

A man stood up and said: “I thought this was the group to come to when you want to be racist.” And then he left. I’m still hoping that was part of the show.

It turned out that the actors were dispersed within the audience, who were treated as a group of recovering racists too. To kick off the discussion, there was the usual “start with your name and how long it’s been since your last racist thought”.

The group was probably around 70 percent Pākehā and 30 percent people of colour (POC) — which happens to reflect our current population makeup.

One of the kaiwhakaari played a newly pregnant Pākehā woman who centred herself in every conversation, cut in and talked over others, and also asked for help with how to raise her “brown baby”. These are what some call “microaggressions” — the seemingly small things that POC experience daily.

As a woman of colour and someone whose entire life’s work is anti-racism, education, decolonisation and re-indigenising spaces, I couldn’t keep my mouth shut. I was interjecting at every moment when something racist was being said.

At one point I asked if any of the older Pākehā in the room would like to comment — and let me tell you: *crickets*. The silence was deafening. Which is a reflection of our society where POC carry the load when it comes to calling racism out publicly. Pākehā are able to opt out of conversations on racism if it makes them uncomfortable.

The kaupapa of Racists Anonymous gave the audience the space to interact and stand up for what they believe in. The themes aren’t easy to confront and even harder when you’re the people they’re so often directed at.

How brave Tainui and all of the kaiwhakaari were in performing such a painful rhetoric to a white audience.

I just wonder if we aren’t tired, New Zealand.

If you’re like me and you are tired, then Racists Anonymous is for you. There is so much more learning and most importantly, un-learning, to be done in this country. Having serious, open conversations and not being afraid to use the word racist will help us all move forward.

There’s no such thing as microaggression or unconscious bias — there is just racism. If you aren’t calling it out or advocating for Māori front and centre in New Zealand, then you are part of the problem.

We will reach maturity as a country when we realise that what works for Māori — tino rangatiratanga and mana motuhake — works for all.

Racists Anonymous will be performed in Whangārei from Wednesday June 30 to Friday July 2. See here for details on how to book. 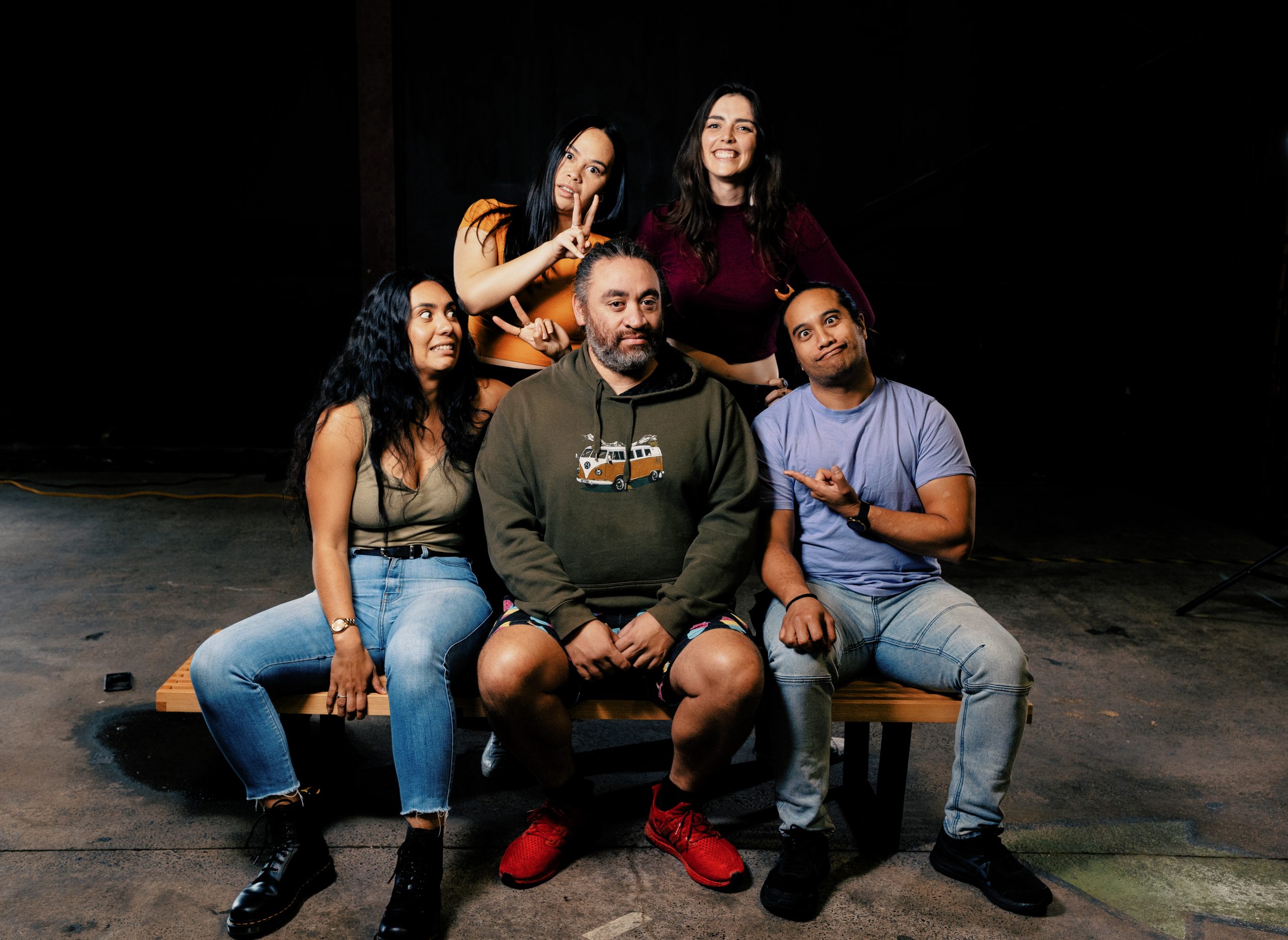