Martin Taupau and the Kapow factor 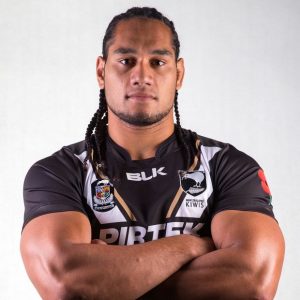 In the course of the Rugby World Cup tournament that wound up with the All Blacks beating (thrashing?) the Wallabies in the final at Twickenham, New Zealanders had the pleasure of seeing our players confirming that we really do have the best international rugby team in the world.

Around the same time, the Kiwi rugby league reps were also in England. Not for a tournament but for a three-test series. Before that trip, Stephen Kearney had coached the Kiwis to three straight test victories over the previously almost unbeatable Aussies. And here they were in England ready to confirm that Aotearoa totally ruled the roost in rugby league as well as in rugby. It wasn’t to be though. England won the series 2-1.

There were explanations for the disappointment including the absence through illness of Simon Mannering, the Kiwi captain who has many of the qualities that have made Richie McCaw a rugby folk hero. There was no Benji Marshall either. There were others back home nursing injuries including Shaun Johnson and Jared Waerea-Hargreaves. Anyway, the trip ended without us having the pleasure of watching our boys cementing themselves as the gun team in international rugby league.

There were satisfactions though. And one of them, once again, was the performance of Martin Taupau, a 25-year-old, 112kg Samoan forward, who has established a fearsome reputation, and cult figure status because of his strength and ferocity. Against the Kangaroos, in particular, he was the Kiwi who most clearly relished standing up to their bullies – and he deserves much of the credit for New Zealand’s change of fortune against our trans-Tasman rivals.

In the wake of those successes, “Kapow” – as he’s sometimes referred to by the Aussie commentators – had this chat with Caley about his background and his approach to the game.

Let’s go straight to the really big question. The Aussie league commentators are superb at many elements of their job, but is anyone saying your name correctly?

No. Hell no. They’re horrible.

David Middleton asked me – on behalf of Ray Warren, I think – to record my name for them. My surname is pronounced “Tau-pa-ooh”. But I’ve complicated matters by using Marty Kapow on social media as a nickname. So the commentators tend to just replace that K with a T.

We’ve seen you on TV, but not too many New Zealanders know much about you. Can you talk us though some of your background?

If you want to go right back, I was born in Middlemore Hospital, in South Auckland. I’m from a Samoan/Kiwi family. We lived in Otara, where much of my family still are, and then we shifted to Manukau.

When I was a kid, my dad was a baker. Mum worked at Mr Chips, as did a few aunts and uncles. Our family ties are to Manono, in Samoa.

I was quite a naïve kid. I spent my time playing volleyball, Samoan cricket and going to our Samoan Church. I played rugby union for a few years too. I wasn’t real good though. I got Man of the Match once, but I’m sure that was out of sympathy.

I spent my first decade in New Zealand. Then we moved to Sydney. An uncle steered me into rugby league there.

Did you know much about the game?

Nah, not heaps. Ruben Wiki had caught my eye, playing for the Canberra Raiders. But, as a kid in New Zealand in the 1990s, it was all about Jonah Lomu – and therefore rugby union. I loved Jonah.

You got good at rugby league quite quickly and later captained the Junior Kiwis. Can you tell us about that experience?

It provided one of the biggest and busiest weekends of my life.

My partner was set to have our first baby in Sydney. But I was due to captain my country for the first time too. I naturally wanted to be there for the birth, but didn’t want to miss out on the other experience either.

I was in New Zealand preparing for the game against Australia. Then I got word that things were happening, so I flew back to Sydney. The baby was induced, I got home at midnight, was dropped back at the airport after no sleep, then flew Sydney/Auckland/Rotorua and basically ran straight on to the field.

Late in the game, Dane Gagai – who was the quickest in their team – made a break. I set off after him from the opposite side of the field and somehow ran him down. We were 20 points behind at that stage. We got on a roll, scoring six unanswered tries – including one to me – and got up for the win.

You were at the Bulldogs then – a club famed for its rugged forward packs. And a number of people, perhaps including you, thought you were about to become a star. But that was five years ago. Did it not quite go to plan?

Well, the Bulldogs are always a hard forward pack to get into, with the likes of James Graham, Frank Pritchard, Sam Kasiano, Andrew Ryan, Aidan Tolman and Greg Eastwood. They’ve all been there in recent years. With that competition, I wasn’t getting enough game time to shine. I’d have 15 mins here … another stint there. But I definitely let myself down too. I didn’t make the most of the opportunity.

You’re making the most of things now?

Yeah, I think so. Both at club and Kiwis level. We have team training sessions, which tend to involve field and weights sessions.Then I do additional strength training on my days off with Sebastian Oreb, who might be the best in Australia in his role. I do some boxing training too.

What are you lifting?

I’ve got my deadlift up to 300kg and I’ve bench pressed 190kg. I’m confident I’d be able to get those up a fair bit if I was training for one-off max lifts. But I’m a rugby league player, not a weightlifter. And there’s a key distinction there in your goals. For league, I need to do repeated bursts of activity.

In your position on the field, you’re going head-to-head with the biggest guys in the NRL week after week. You’re the lead bull for your herd, so to speak. What are the unique challenges?

When it comes to rugby league forwards, anyone can be physically strong. But it’s more a mental challenge. You have to find a balance between being that dominant, aggressive character and avoiding penalties. I got 10mins in the sin bin towards the end of the season for clipping James Maloney around the head. I felt really bad and apologised to him in the sheds. But it’s a fine line you’re walking.

I think Jared Waerea-Hargreaves [another Kiwi player, from the Sydney Roosters] had the mix right this season. He was intimidating without going too far.

I try to be a leader, not with words but with actions. My job is to get our forwards on top, so the pretty backs can do pretty things.

The NRL is seeing an increase in Maori and Pasifika talent reaching the top. But many players don’t hit the heights and the personal cost can be terrible – including the absolute heartbreak of suicide. What are the biggest pressures coming through? And what can the rest of us do to help?

Coming from a Pacific Island perspective, you have to provide for family – and that’s the most pressure. People can assume you make a lot of money – which isn’t always the case. There’s major pressure to perform. Big pressure on your body. Pressure to make squads. It’s huge.

Young Islanders take it very hard. They feel they need to present as tough footballers. And that can make it hard to open up. They don’t want to lose that manly perception.

I’ve had ups and downs – who doesn’t? I’ve hit very close to rock bottom. But I’m going okay now. We need to look out for each other though.