Who should call the shots on reo Māori priorities? 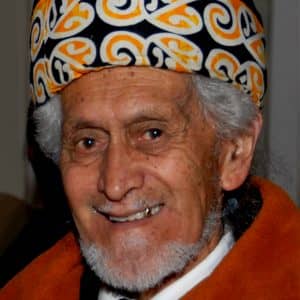 In my 13 years of school in Wellington, about the only Māori language I learned was “Hōmai te pata.” The ability to ask for the butter was thanks to a week-long unit of Māori studies when I was seven – the sum total of my Māori education at school.

Even that unit was like a window into a romanticised past, a glimpse that was framed by The Māori As He Was, one of my favourite books. It was full of portraits of long-dead tattooed warriors with wooden weapons and stone artifacts. But its colonial narrative, of the noble savage who became “one people” with us Pākehā, helped to conceal from me the living language and culture of my Māori classmates.

Of course the same narrative guided official policies, of punishing children for speaking Māori at school (right up to the time that my school was teaching me “pass the butter”), and was reinforced by overt racist attitudes.

I later studied Māori at Victoria University in the mid-1970s with some of the native speakers of Māori who had been selected to train as secondary school teachers. In class they naturally spoke Māori. But in the street it was often a different story. People speaking Māori in public might be abused or accosted by strangers demanding to know what the secret was, and why didn’t they speak English so everyone could understand.

That was how it was possible for people like me to reach 19 years of age without ever having heard Māori spoken, and without realising it was actually a living language. For me, the revelation occurred in 1974, at my first meeting of Te Reo Māori Society – the revelation of my ignorance.

I thought learning Māori at university would be like doing French, or Latin. I thought Te Reo Māori Society would be like the French Club. But when I stumbled in late and saw the late Rev Hēmi Pōtatau in full flight welcoming us new students, I knew instantly that he’d been speaking Māori all his life (he was 72 then). And I realised that, if he had been, then so must thousands of others. So how come I had never heard them? By the time all the whaikōrero finished I was overcome with astonishment, and I took off into the night without stopping for a cup of tea. I had a lot to learn!

I well remember the early Māori Language Weeks when, in letters to the editor, people raged against the very idea of forcing this stone-age language down our throats, insisted that Māori was a dead language with no place in modern New Zealand, and argued that Japanese was a much more useful language to learn. As a newly-enlightened Pākehā, I found it pretty embarrassing.

Also around this time, Richard Benton and the NZ Council for Educational Research carried out a major socio-linguistic survey of over 6,000 Māori households, which mapped out the state of Māori language. Richard had been a teacher in Māori communities and he developed a close interest in te reo Māori.

The survey showed there were far more native speakers of Māori than most people realised, but they spoke Māori in very few environments, and there were almost no speakers among younger generations. The results of the survey were sent to all participants, and they were a wake-up call for Māori communities. Te reo Māori was at the brink of the abyss.

This was the background to the massive commitment that Māori people everywhere made to the kōhanga reo movement, launched in 1984. Their enthusiasm was shared through the media with a wider public. And this started to make it “permissible” and almost “normal” for Māori people to speak Māori.

At the same time, in 1986, Ngā Kaiwhakapūmau i te Reo, a Wellington-based Māori language group, claimed before the Waitangi Tribunal that the Crown had a Treaty responsibility to protect and promote te reo Māori as a taonga.

The government generally accepted that argument and gradually, painfully, began putting serious resources into kaupapa Māori education and iwi radio, which had been set up without any public funding. It also established a Māori Language Commission, Te Taura Whiri i te Reo Māori, to oversee and co-ordinate official efforts.

Ngā Kaiwhakapūmau, an incorporated society, did an incredible job of pursuing the Crown for Māori language rights through every available court, right to the Privy Council in London. Together with the Māori Council, and with support from the Māori Women’s Welfare League, the Māori Congress, the Kōhanga Reo National Trust, church groups and others, their cases on Māori language and broadcasting lasted over 20 years, and secured protection for iwi radio, Māori Television and Māori language in mainstream broadcasting.

Some aspects, such as rights to broadband spectrum, are still being contested. I do want to mihi to our chairman, Huirangi Waikerepuru, and the late Sir Graham Latimer of the Māori Council, for what they achieved – and also our lawyers, the late Martin Dawson and (now Dame) Sian Elias.

Here’s an analogy. Think of the beautiful carved houses on display in museums around the country. The taonga themselves are almost perfectly preserved – no rot or insect pests, no faded paint or weathered timber.

But, housed within a public (Crown) institution, the ancestral house’s cultural relationships with its Māori community are seriously compromised. The hapū’s control over the use of the house, its cultural value within their community, the direct personal relationships between the people and their house are largely lost. So the taonga is protected, but not its rangatiratanga.

I started to see the difference when Te Taura Whiri first began to develop a Māori Language Strategy. The original process involved wide consultation with Māori. But the government of the day was concerned with the cost, and stalled its development. It was approved only when Te Puni Kōkiri undertook to oversee the process and to guarantee that the fiscal risk to the government would be minimised. In other words, it was to be a government Māori language strategy.

That was the early 1990s, and things have changed. With representatives of Māori linguistic regions now appointed to Te Mātāwai, the government can argue that rangatiratanga has been restored.

But what has not changed is the massive commitment still required of Māori people everywhere to restore te reo Māori to full strength and health. While the future outlook for te reo Māori has changed – with a majority of New Zealanders now wanting Māori to be a compulsory or core subject in all schools – the actual state of the language remains critical. And te tino rangatiratanga o te reo is fragile.

There is no question that, one day, all New Zealanders ought to be able to speak Māori. But what if Māori people believe that the medium-term future of te reo Māori depends on rapidly multiplying the numbers of fully fluent speakers who can maintain an authentically Māori language while the rest of us get our act together?

And what if Maori see that as a priority, ahead of people who can respond to greetings and maintain a basic conversation – the kind of thing we hope our kids can learn at school? Shouldn’t government resources be committed to kaupapa Māori education ahead of teaching Māori as a second language? If that is the strategy, are we Pākehā prepared to wait for our turn?

I really love the current enthusiasm for learning Māori, but let’s be careful not to overwhelm the ongoing efforts that Māori communities have been making for 40 years. I see the role of Treaty partners as creating space for Māori control. Our wish for our children to be taught Māori in all schools must not override Māori priorities for funding and support, or we might inadvertently undermine tino rangatiratanga in our well-meaning efforts to protect te reo Māori.