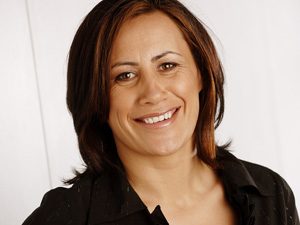 As kids growing up in Piopio, in the King Country, the six of us (I was the baby) had any amount of contact with our marae, Mokaukohunui.

It was less than 100 metres away from our house so we often played around the marae atea and were familiar with the goings on there – powhiri, hui, and tangi.

But we didn’t absorb much reo Māori.

We didn’t get the reo at home either. My dad, Waka Coffin, and  my mum, Paddy, were part of the generation that dipped out on the language.

The generations before were okay. As a matter of fact, Waka’s dad, Charlie Coffin was a Māori speaker even though he was a Pakeha. So he and his wife, Harata, (my grandmother) talked Māori all the time.

But when she passed on, that was the day the reo died. Charlie believed, like many of his Māori contemporaries, that his children would be best prepared for life in the Pakeha world by focussing on English.

So my dad, Waka, was one of those who lost his reo Māori. So we grew up in a reo Pakeha household.

At high school, I took Māori for the first three years. But I found that really tough.  What made it especially tough was the expectation that, because I was Māori, I should know this stuff.

Of course, I didn’t. So I felt quite dumb – and I didn’t enjoy that feeling at all. And I dropped it.

That meant, from then on, I was sitting on the outside of Māori things. In due course, I ended up working in television. Looking Māori. Feeling Māori. But, because I didn’t have the reo, still in a way an outsider.

I was sort of okay with that although my dad had reservations. I remember him telling me that I couldn’t be on Māori Television and not speak Māori… and me saying: “ Yeah, Dad. Whatever.” As if that wasn’t really an issue at all.

But there were times when I wasn’t too happy with the situation. For example, reading Māori from the autocue in the course of a programme, and not really understanding what I was saying and, inevitably, getting the inflexion wrong. Making a mess of it.

There were occasions, too, when I was out in the public and someone, a kuia perhaps, would recognise me, and try to korero Māori with me. All I could do would be to mumble, or hang my head, and break away from the conversation.

It was really embarrassing.

But then I spotted a chance to cut back on my television commitments and give it a go in a full-time, year-long Māori immersion class. So I dived in head-first.

It was the scariest thing I’ve ever done. You see, I have an ego – and I’m used to being good at things. But when you come into a class as a beginner, and you find it so hard to get traction, and you assume that it’s just a breeze for all the others… I tell you, it was a serious blow for the Jenny-May ego. I was so devastated that I’d go home and cry.

Then, half-way through the course, it dawned on me that, although I sucked, that was okay. That was just how it was. That’s part of life.

Next I discovered that all my class-mates, like me, were finding this the hardest thing they’d ever done and that they were going through much the same agony and self doubt that I was.

It was, however, changing my life – changing it in so many ways.

That thought came to me especially powerfully once when, during the course, we spent a week at Turangawaewae at the Koroneihana. And, suddenly, there I was in tears. Tears streaming down my face. It was just the most overwhelming feeling – and all because here, finally, I realised that I was no longer an outsider – I could understand what was going on.

There was a smaller, more intimate occasion when things fell into place for me too. It was my Dad’s 80th birthday.

For some years, he too had been working away at recovering the reo – to the point where he and I were able to carry on conversations in Māori. Half-pai Māori at times perhaps, but nonetheless pretty satisfying for both of us.