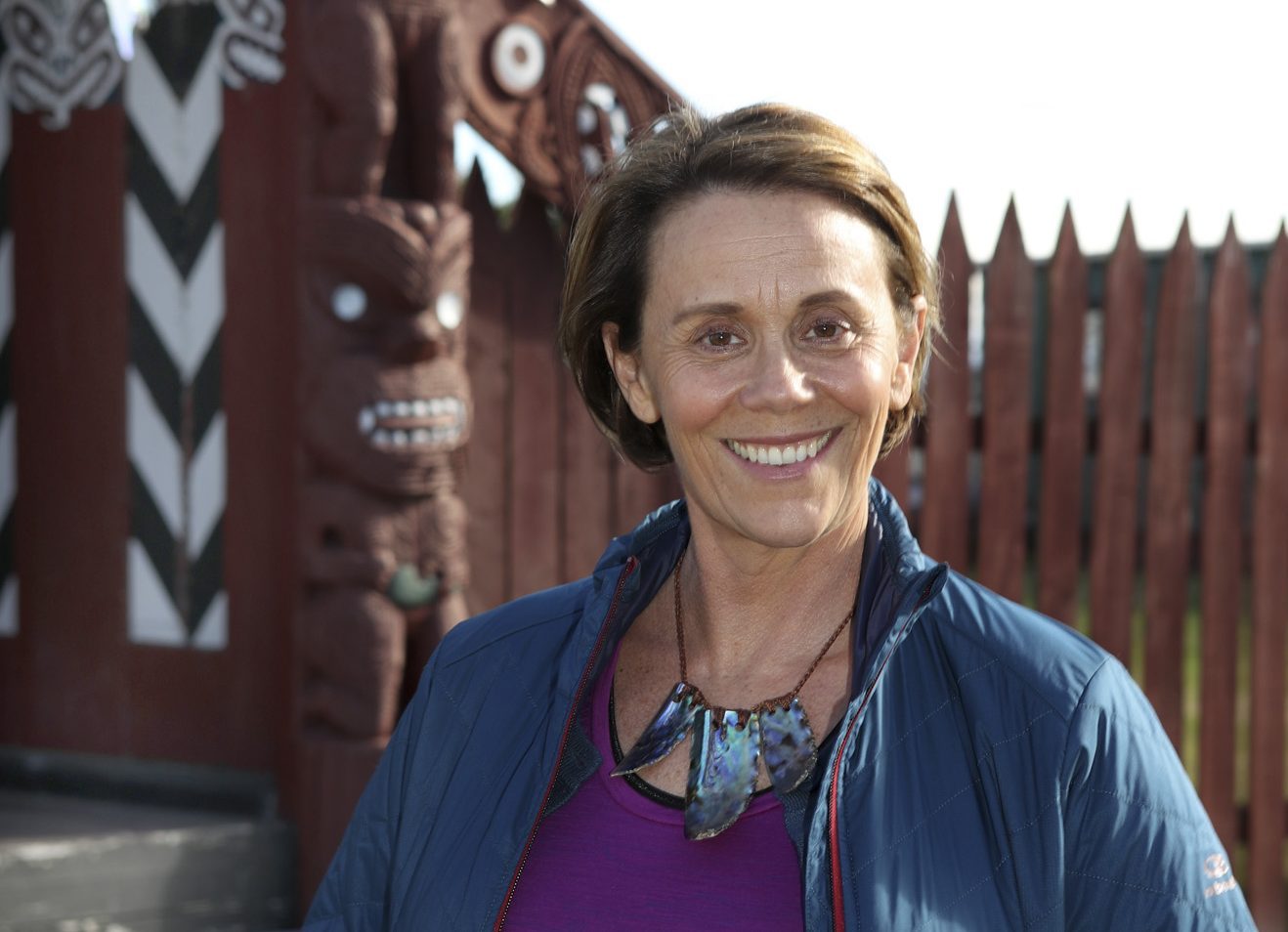 Dame Hinewehi Mohi (Ngāti Kahungunu and Ngāi Tūhoe) is the driving force behind the Waiata Anthems album project, which enabled young artists like Six60 and Lorde to record their hit songs in te reo Māori. Here she writes about the motivation for the project and why it’s dear to her heart.

My dad started learning Māori when I was about 10. My grandparents had been of the generation who were punished for speaking Māori in school, so they wanted to spare their own children the indignities of that experience, thinking they’d only need to speak English to get on in life.

Dad involved the whole whānau in learning te reo Māori — me and my sister, and our Pākehā mum.

As part of Dad’s efforts to immerse us in the language, he’d play LP records of Māori choirs singing, to tune our ears to the sounds of the language. That’s where my love affair with waiata began.

It was our relation Lee Smith who encouraged Dad to learn te reo. Lee had studied Māori (along with French and Russian) at university in Wellington and had been part of Ngā Tamatoa in 1972 when they presented the petition of 30,000 signatures to Parliament, calling for active recognition of the Māori language. It was Lee who also suggested that I go to Waikato University to study Māori.

So I was armed with a love of the language, as well as the confidence instilled in me — as a child who’d grown up listening to waiata, as an adolescent performing at St Joseph’s Māori Girls’ College, and as a young adult at Te Whare Wānanga o Waikato.

And it was with that background that I started writing and recording my own songs, more than 30 years ago. I was lucky to have had that platform, and the mentors to nurture me on my journey of discovery of the language, the culture, and of myself.

When my daughter, Hineraukatauri, was born with cerebral palsy, I spent the first decade of her life fearing that she would die. I used music as an outlet for that pain — and I saw how an introduction to the therapeutic power of music liberated Hineraukatauri from the limitations of her disability, even if only for the half hour of each music therapy session. 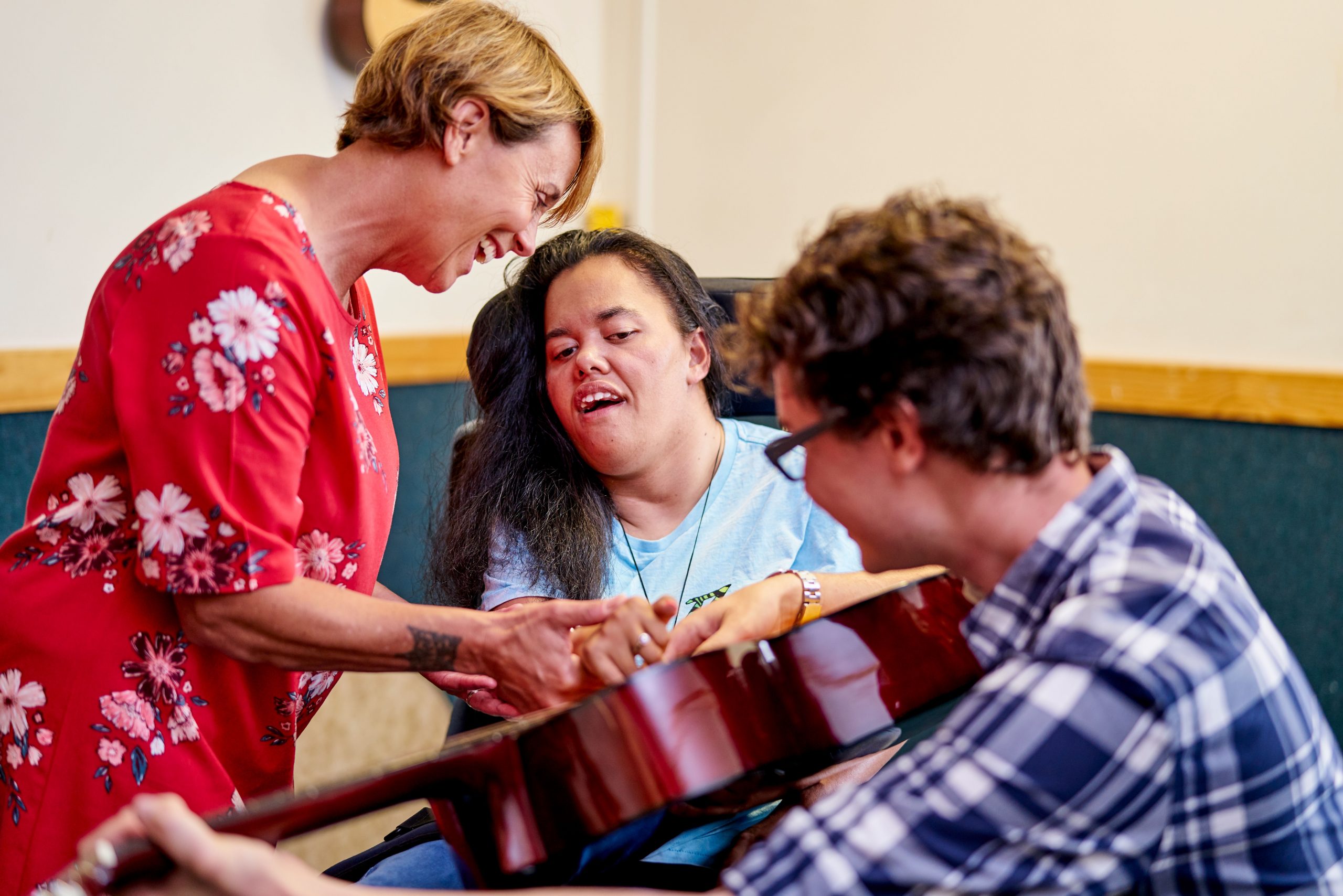 Hinewehi with her daughter Hineraukatauri and music therapist Will Darbyshire. (Photo supplied)

At the end of 2018, I asked my friend Adam Holt, who heads Universal Music, what he thought of working with artists to translate and record their hit songs in Māori. Dave Dobbyn had released the Nau Mai Rā version of Welcome Home the year before, and it was awesome. Adam thought this idea was great too, and he insisted that it should be a Māori-led initiative.

I felt it was important that the first people we asked were the two artists with the biggest platforms: SIX60 and Lorde. If we were going to do this, I wanted everybody to hear it, not just in Aotearoa but all around the world.

SIX60 instantly recognised the power of the concept and jumped onboard straight away. The waiata they delivered, Kia Mau Ki Tō Ūkaipō, led the charge for the album, and it became a huge hit and an instant Aotearoa anthem.

Lorde was focusing on her Solar Power album project at that time, so she wasn’t available for the original Waiata Anthems album. But she was committed to working together on the kaupapa that was to become her Te Ao Mārama EP.

We also reached out to Sony Music, Warner Music, and independent artists, from a range of musical genres and backgrounds.

The reaction from the artists and their labels to placing te reo Māori within popular music was incredible.

I asked my mentor Sir Tīmoti Kāretu to do the translations, and I was his scribe. It was sometimes challenging to work the Māori lyrics into the tunes, but it was so enjoyable working with Tīmoti, who, for a man in his early 80s, is more quick-witted and lyrically skilful than I could ever dream of being.

Most of the artists had never recorded a song in te reo before. Some of the Māori artists felt disconnected from their own culture and te ao Māori. Pasifika and Pākehā artists felt a sense of social responsibility for the revitalisation of the language and culture. Most found it daunting, but every single one was respectful of the process and felt empowered by the experience.

The Waiata Anthems album was released for Te Wiki o te Reo Māori in September 2019. It debuted at number one in the New Zealand Music Charts, the first album of its kind to do so, and is still in the charts two years on.

Everyone everywhere was able to access te reo through the waiata. Kura kids finally heard popular music they could relate to. Venues and stadiums across the country resounded with the “voice of Aotearoa”, as artists and bands performed their bilingual waiata and audiences joined in, en masse.

Next came the documentary series, revealing the life-changing experiences for artists singing in Māori. Emotions ran high, quickly followed by pride and exhilaration.

By the time the doco series aired, I was working at APRA, which is supporting all of us in the development of a bilingual music industry. This has led to the formation of the Waiata Anthems Coalition, which includes the NZ Music Commission, Māori Music Industry Coalition, Sony Music, Recorded Music NZ, Universal Music, Independent Music NZ, Te Tairāwhiti Arts Festival, Auckland Arts Festival, NZME  and MediaWorks. 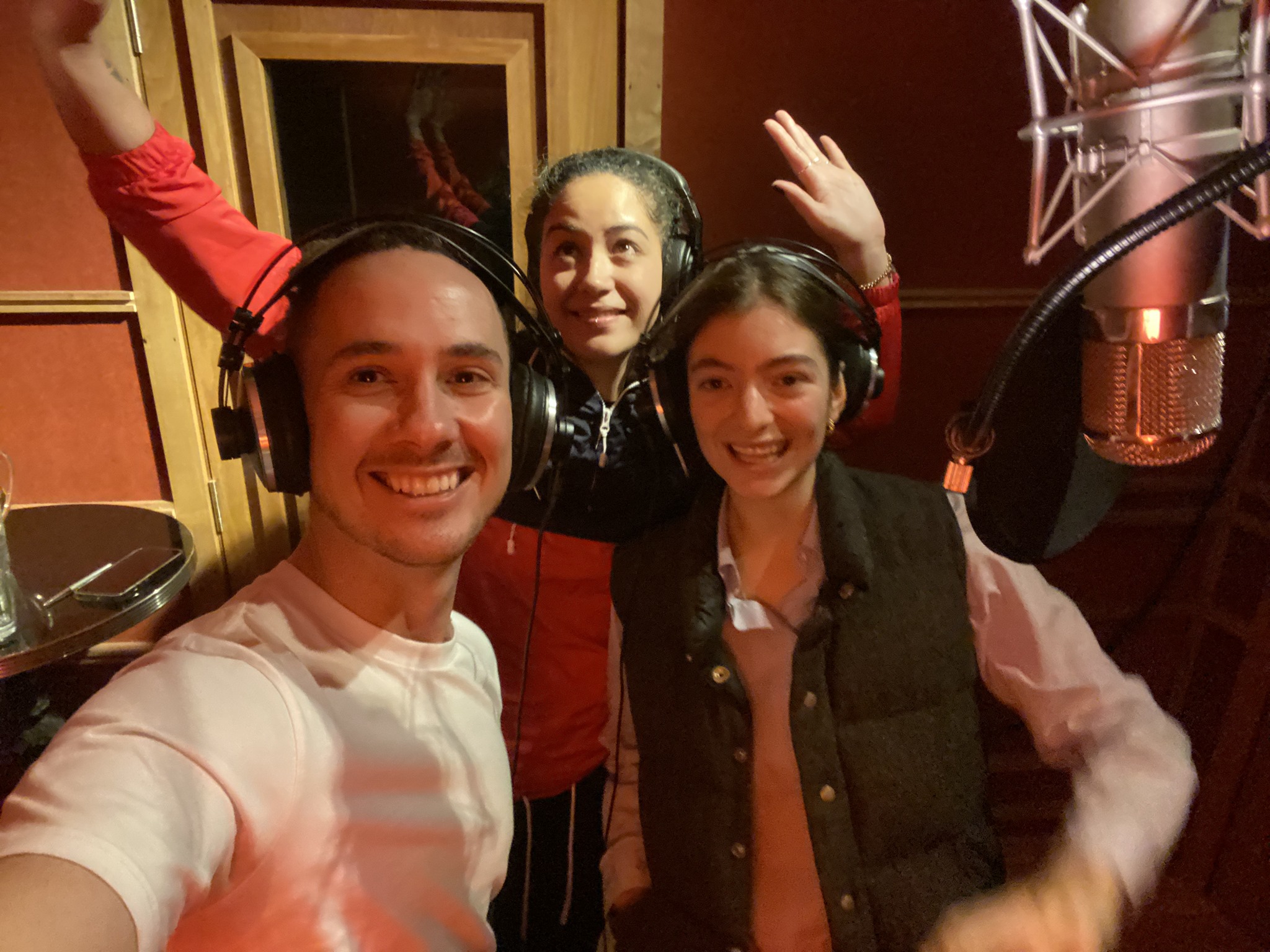 The inaugural Waiata Anthems Week was launched last month, and a number of mātanga reo (language experts) — including Stacey and Scotty Morrison, Hemi Kelly, Hana Mereraiha and Tawaroa Kawana — had the big job of interpreting the English lyrics into Māori for the waiata produced to celebrate the week.

It’s a specialised skill to combine poetic language with existing melodies and rhythms, and all the translators have been generous with their knowledge and expertise. Many of them had been put through kōhanga reo and kura kaupapa Māori education by parents who were themselves deprived of te reo Māori as they were growing up. Others are second-language learners who studied te reo later in life.

Waiata Anthems supported the release of over 30 new waiata during Mahuru Māori (September). It’s the largest collection of waiata ever to be released at one time, a project that’s unique for its music-industry-wide collaboration and endorsement.

For the artists, this opportunity has been transformative. And for their fans, it’s been thrilling to have an increasing repertoire of waiata on the airwaves and populating the New Zealand Music Charts.

The response to Waiata Anthems Week was explosive as we celebrated not just a greater demand, but also the capacity to create, produce and consume bilingual music.

It was disappointing, however, to see the criticism levelled at Lorde when she released her 5-track EP Te Ao Mārama. Lorde wanted to sing her songs in te reo Māori because of a genuine love for the indigenous language and cultural identity of Aotearoa.

Lorde’s immense global platform has given te reo Māori worldwide recognition. An Irish interviewer noted that his only prior experience of the language was watching the All Blacks haka. He hadn’t realised how beautiful te reo Māori is until he heard Lorde’s waiata. And an Indigenous American reporter told me it made him dare to dream that one day he might hear his own Navajo language being sung on commercial radio.

I’ve listened to the stories of trauma my grandmother experienced as a child in a Native School where she was caned for speaking Māori. I’ve witnessed the trauma and driving force of my father as he grappled with the language as an adult student who’d been denied the opportunity to grow up with te reo. And I’ve experienced language trauma myself, when I was criticised for singing our national anthem in Māori at Twickenham during the 1999 Rugby World Cup.

We can’t allow ourselves to be paralysed by our past — and we shouldn’t let colonisation continue to limit and define us. Of course, it’s important to have robust discussion about the status of our language and culture. But arguing among ourselves about our own position of language trauma is counterproductive, especially when there is still plenty of anti-reo sentiment to combat.

As other cultural commentators have said, for the language to survive and thrive, we can’t exclude anyone, especially those who approach the kaupapa with love, respect and integrity.

The vision for Waiata Anthems is simple. It’s about celebrating our nation’s heritage language, using the accessibility and power of popular music to increase the reach of our unique cultural identity, to Aotearoa and the world.

We acknowledge the work of the pioneers and Māori language champions who reimagined the possibilities for contemporary waiata — and by arming more artists with the resource and confidence to record waiata reo Māori, and using our media and digital platforms to showcase it, we can provide a fertile environment for the emergence of a bilingual musical landscape.

I believe that the music will continue to help us heal, so we can celebrate the new cultural narrative of Aotearoa, and be proud of the diverse cultural heritage we all share.

Turn and face the sun, and let your shadows fall behind you

Publicity for Waiata Anthems Week was aided by Pead PR, and the marketing led by Myra Hemara at Universal Music, sharing their expertise and networks with all the artists to supercharge the promotion of the music and the movement.) 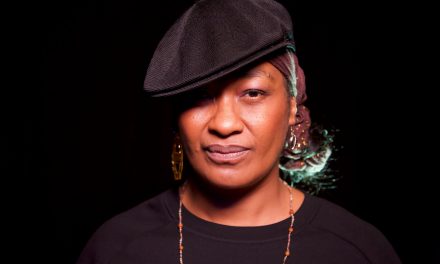