Finding your voice through the reo 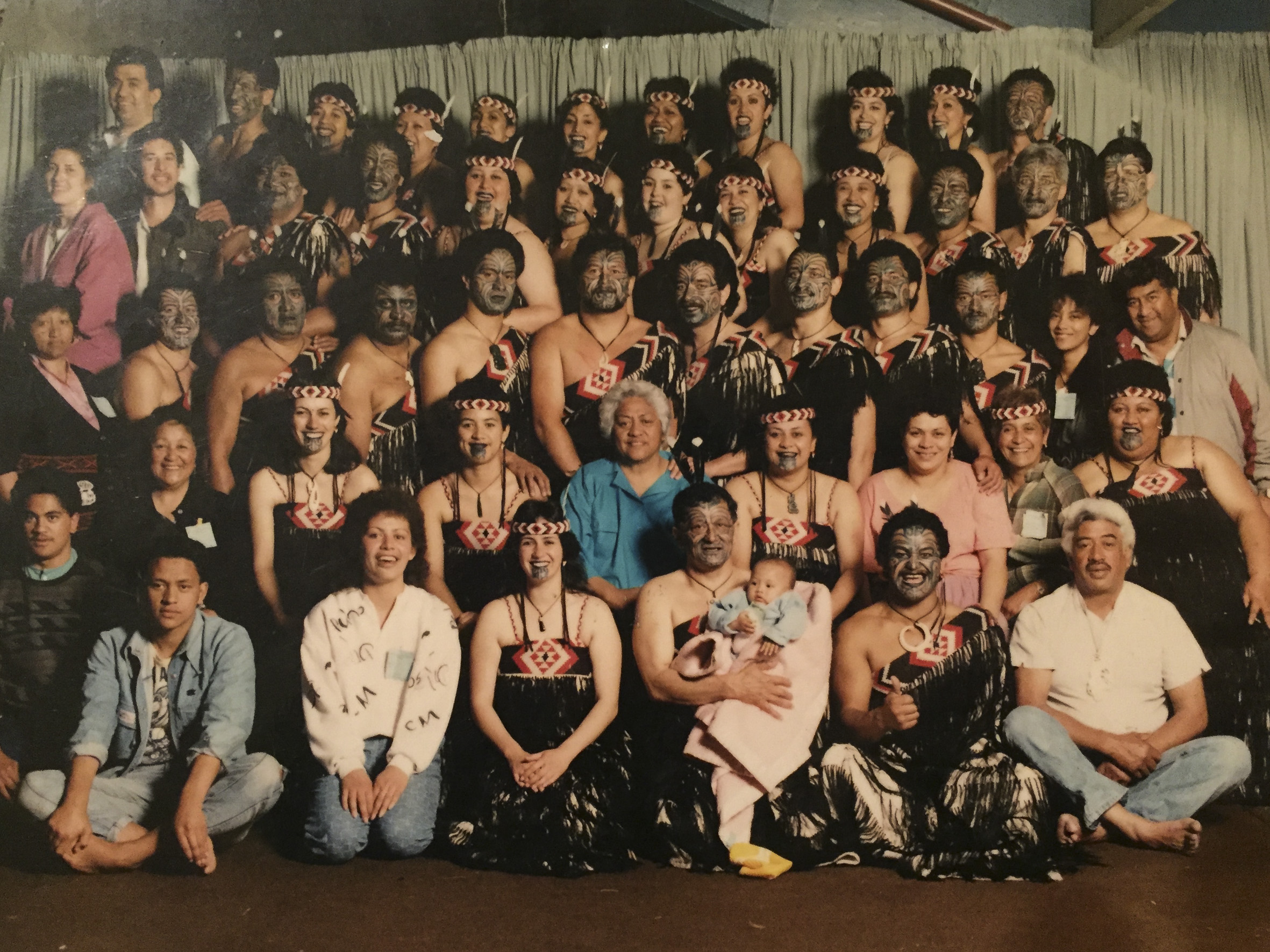 When you share a language and a culture with others, you discover your place and your voice. Tainui Stephens shares more of the reo journey that he began in the 1970s.

For a long time, I thought that learning te reo Māori was just about learning a language. How wrong I was. Any language represents the personality of the people who speak it. The hardest part about learning Māori, is learning how to think Māori.

One liberating fact that I realised was that the word reo doesn’t mean language alone. It means voice. You might be a teacher, a caregiver, a chippie, an athlete, an artist or a warrior. Your voice is an expression of who you are. We all use body language and emotional intelligence, as much as words when we speak. We all talk differently.

It’s damned hard to learn a language. I don’t care what anyone says.

When I started to learn te reo, I faced a map of mysterious rules and vocabulary and tried to figure out how it all fitted. I was studying other languages too, and thought I knew about grammar and syntax.

My brain leapt with joy when I found there are only two words in Māori for “the”: te and ngā. French has four versions, German has 16, and Russian doesn’t have a definite article at all. Right away it seemed to me that Māori was going to be easier.

In the first place, there’s a Polynesian structured grammar where a small word like “us” requires many specific words and sentence structures.

Secondly, the secret to the different rhythms and patterns of speech are in the vowels. And my brain didn’t think in a Māori way. I found I was speaking English but using Māori words.

As a Tūhoe friend told me: “I don’t know what you said but it sounded lovely!”

I realised that if I was going to speak te reo properly, I had to immerse myself in the kind of Māori thinking that functions according to tikanga.

After finding my whānau and learning of my Te Rarawa origins, I was all fired up to live that Māori life. I spent precious time with my kaumātua, recorded them on cassette, and listened carefully to the way they spoke te reo. In the beginning, I found it hard to tune into their twang. Over the years, I got used to it.

And then, one day, they were gone.

At the varsity campus, a friend, Tihi Puanaki, invited me along to join the top Christchurch kapa haka group, Te Kotahitanga. She and her husband Willie, along with Lu and Joy Hau, ran and tutored the friendly welcoming group. I was in heaven as we learned a wide range of waiata and haka and competed in local and national competitions.

Everything, on and off stage, was done with profound regard for reo and tikanga. The way we lived together at hui and in each other’s homes. The way we cared for our kids. The way we interacted with the kaumātua and iwi of Christchurch. The way we performed for community or competition purposes. The way we fed each other.

I was exposed to an impressive template of collective learning and astute leadership.

The glue was the joy of being together in song. I learned further variations of these same dynamics in subsequent groups I joined, like Manurewa’s Manawanui with Archie and Maidey Tamanui, and Auckland’s Te Waka Huia with Bub and Nen Wehi.

To live a kapa haka life is pretty full on. Punishing work and long hours of rehearsal and travel are amply rewarded with participation in causes and kaupapa greater than you, and by being able to express very fundamental values of being Māori.

Along the way you pick up good life lessons.

During one comp, our tutor Hori Brennan changed one of the actions not long before going on stage. I worked hard on that change so that I would have it sorted and not let everyone down. Come the performance, yep, I did it perfectly — but no one else did. So I still ended up being the doofus that had clearly buggered it up.

After another competition performance, all the men (including me) were utterly rooted because we’d thrown everything into the haka. Some were in tears, the smokers were coughing, all had collapsed onto the floor.

I said to our leader, Bub Wehi: “Aroha mai. We don’t feel like warriors!”

He boomed out: “Never mind Tainui. You delivered. If you look good, you are good!”

Apart from the buzz of competing on stage, there was the joy and honour of having something to say and to sing when we gathered at hui or tangi. It’s here among the people, in moments of life or death, that the kapa haka voice truly enables us.

While iwi discovery and kapa haka consumed my private life, the other really important place I found the language was in my work life. After my varsity years, I figured the only job I wanted was one where the Māori language was a normal part of a work day. This led me directly to the Race Relations Office and then into Māori television and film. All along the way, I’ve worked with wonderful speakers of the language.

For years, I and my colleagues in the Māori programmes department of TVNZ experimented with reo Māori documentaries, children’s shows and entertainment. There was so little Māori television at the time, and some viewers resented hearing the language on screen.

Every day, a record of the receptionists’ phone logs would be passed around all departments within TVNZ. Whenever any reo Māori got near a whiff of prime time, the log would abound with comments like:

“Get that black language off my TV!”

We knew all the TV execs read this stuff and we didn’t want them being turned off our attempts to make more reo Māori TV. From our offices we would ring our own switchboard to leave anonymous compliments about our work:

“TVNZ is to be congratulated for its bravery, giving us such a splendid Māori language show!”

In 1987, our bosses Ernie Leonard and Whai Ngata created the first regular weekly Māori language series Waka Huia. Our teams travelled the length and breadth of the country recording the kōrero of a generation of kaumātua now long gone. The series is still on air after several hundred episodes. It’s a genuine taonga that offers the voice of our old people for all time.

I still think fondly of those years and what being with those koro and nannies taught me about te reo and tikanga. Along with a million cups of tea, I couldn’t help but pick up stuff on the way.

The first episode of Waka Huia shows the calibre of the speakers of those days and the earnestness with which we tried to bring an authoritative Māori voice to our audiences. It also presented Te Waka Huia’s winning performance from the 1986 kapa haka competitions.

In my journey to speak te reo, I used to obsess about being correct. That was foolish because I wouldn’t open my mouth if I suspected I was wrong. Unless the words were in the proper order in my head, the mute button in my mouth remained on.

The best way to open my mouth was total immersion. I attended a kura reo at Waimārama marae. It changed my life. I had long known and loved Tīmoti Kāretu but never had the chance to attend one of his courses. It was scary to be going into a total immersion situation, but it was the best thing I ever did to finally become comfortable about speaking te reo.

I realised that being surrounded by so many speakers of te reo, I was simply exposed to many different ways of speaking. Some were flash, some were learners, most were getting by easily with what they knew. Mistakes were greeted with hilarity rather than scorn.

Most of all, I felt settled inside. The years of learning and blundering my way through te reo washed away. I was comfortable with what I knew. I felt my voice as the Māori person I happen to be, inside of me. I had no fear of speaking. I discovered that the language can live in every part of your life.

In order to think Māori, you have to be Māori. Your Māori thoughts will find the right words. Every time. However it happens, this is your voice. No one else has one like you. 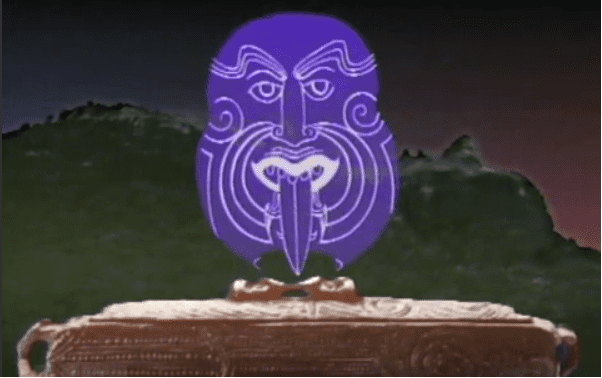 The first episode of Waka Huia (1987) that concludes with the 1986 winning kapa haka performance of Te Waka Huia.