Ending the shame of not speaking the reo 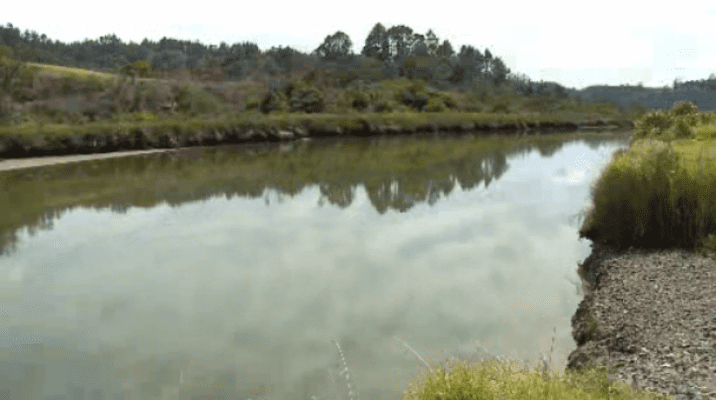 A while ago, my husband suggested I learn Māori. We were discussing potential ways I could boost my employment opportunities after four years at home raising the kids. “How about a total immersion course?” he said. “You could fast track it and be fluent in a year.”

Naturally, I bit his head off. Only someone who didn’t fully appreciate the scale of such an undertaking, the sheer difficulty of learning Māori, would suggest I could become fluent in a year. It wasn’t like going to the shops and picking up a loaf of bread. I’d studied Māori at school, done three university courses, been to marae immersion weekends — the works. It wasn’t a lack of will holding me back.

“So what is the problem, then?” He can be annoyingly persistent, sometimes.

How could I make him understand that my barriers weren’t practical, but emotional? A lifetime feeling like I didn’t belong anywhere. Shame was a vine, wrapping itself around my ankles and yanking me off my feet whenever I tried to walk in te ao Māori.

“I’ll never be able to speak Māori,” I assured my husband. “Never!”

But a seed had been planted. I tried not to water it, but it grew anyway. For once, my thoughts about what it means to “be Māori” embodied visions of the future instead of echoes from the past. I dared to dream about where the language could take me from here. I thought of all the ways te reo Māori complemented my previous study and work experience. I remembered all those work situations where my lack of Māori had held me back. Experiences overseas where people had looked to me for guidance as the only Māori present in the room.

And I thought of our children — how they’d learned Samoan when we lived in the Pacific, embraced Arabic while living in the Middle East, yet seemed to look at our own language and culture as something foreign to them.

Suddenly, all my reasons for not learning Māori before seemed, well, immature. Blaming an absent parent for my lack of connection to our ancestral lands back home. Equating everything Māori with my own personal sense of loss and dislocation. These were just excuses. It was time to get real.

So a few months after my husband first suggested I do a total immersion te reo Māori course, I repackaged the idea as my own and presented it to him.

Naturally, he thought it was brilliant.

Ten months down the track, my year of total immersion is winding up. As I look back, I realise I was right, and I was wrong. I was right to think of te reo Māori as a key to unlocking an uncertain future, but I was wrong to think that I could move forward without first going back.

In fact, going back was part of the curriculum. Our first assignment was “Who am I?” and the second was “Where am I from?” The former involved an emotional journey and the latter a literal one — four hours up north, to Wai-o-mio, the place of the winding waters.

It was a long way to go. Inconvenient, too. The kids fought. It rained. I complained that it wasn’t fair to require someone like me, by which I meant “urban Māori”, to embark on a quest to find out the answers to questions that had so far stumped Google. Questions like: “Where does the name of your wharenui come from?” and “What is the significance of a whakataukī from your iwi in relation to your marae?”

But Nan isn’t here anymore. Her little flat in town long vacated; the homestead, such that it is, occupied by someone I don’t know. Anyway, I know what she would have said, because she said the same thing every time I called with these sorts of questions.

“Girl, you just gotta come here and see for yourself. That way you won’t forget.”

So, finally, I did. And as I stood on the bank of the river, watching as the Taumarere snaked a slow, lazy path in front of me, I heard Nan’s voice from somewhere on the wind: Ko Taumarere te awa. Not a bunch of foreign words anymore, but a place where the bend in the river meets the fork in the road.

It started right back on Day One, when we each had to get up and introduce ourselves to the rest of the class. In a state of panic, I ran through a range of possible 90-second speeches. I could try a witty approach but worried it might make me sound up myself. I could take a sincere tone, but the last thing I wanted was to come across overly emotional and end up crying.

But, of course, that’s exactly what I did. More of a howl, actually.

If there’s a comfort zone, studying Māori placed me right outside it. Along with regular public speaking, formally and informally, I have even, God forbid, had to sing. Not just sing, but compose and sing my own waiata.

Then there’s kapa haka, my enthusiasm for which does not match my ability or sense of timing.

There’s also a deep spirituality imbued in everything we do which my logical side does not always want to engage with, yet without which everything else is rendered completely hollow. Karakia, mihi, tauparapara, karanga, waiata, whakataukī. Even, it turns out, tangi. Every emotion has its place in the order of things.

So, that comfort zone? Tikanga Māori placed me right inside it, too. It is the very cornerstone of the language itself. In fact, the greatest gift this year has been the opportunity to put tikanga Māori at the centre of everything I do. To experience a Māori worldview as natural and ordinary, while viewing tikanga Pākehā as something which differs from the norm.

After a week on noho marae I went to my kids’ school assembly and felt like I’d just landed on another planet. Where was the greeting to God, to the whare above us, papatūānuku beneath us, to our ancestors gone to the stars? Who was this person speaking? What was their whakapapa? Were we related or not? Where were the karakia and waiata like bookends, letting us know when one process has ended and another begun?

The whole thing seemed odd to me. When the principal finished addressing the students, I had to resist the urge to break out into a waiata tautoko. It would have been awful, but at least it would have been correct.

I’m six weeks out from graduation, and the only thing I know with certainty is that I still have a long, long way to go. But at least now I know it’s possible. I can speak Māori. I’ve found a positive narrative for my Māori identity to replace the one that, until now, had always convinced me that I’d never be good enough. The barriers have gone. I feel like I am right where I belong.

Last week, my niece sent me a text message: “Quick, Aunty Nadine, I’ve got to say my pepeha at school tomorrow. What’s our river?” I texted her straight back and told her.

“But you have to come and see it for yourself,” I said. “That way you won’t forget.”

Nadine Millar (Ngati Hine, Ngā Puhi) has been writing about her rich cultural experiences both at home and abroad for the last 15 years. She has a background in journalism and television research, and is currently studying te reo Māori at Te Wananga Takiura in Auckland.