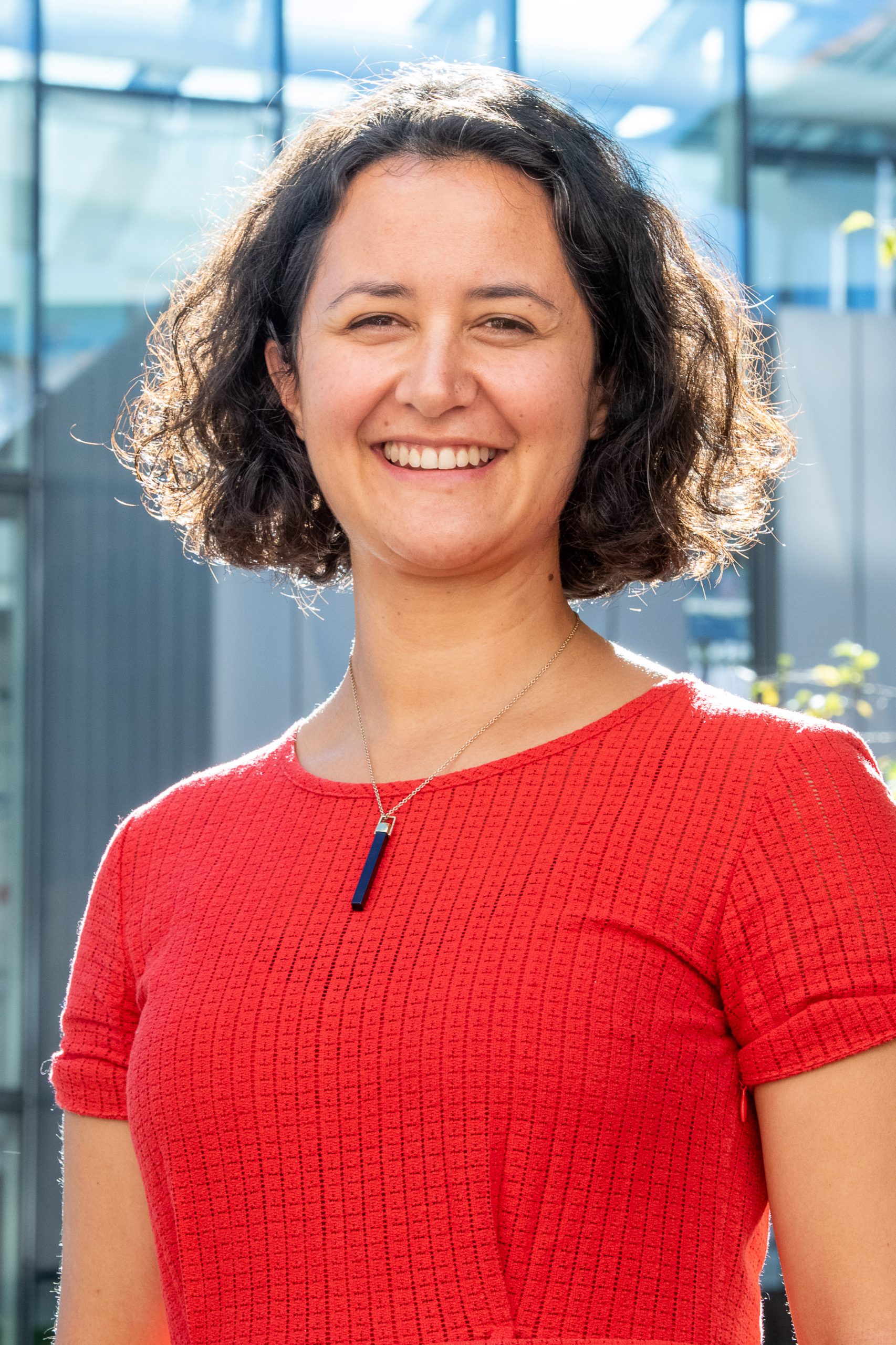 More and more reo Māori is being heard on mainstream media these days, and that’s brought complaints, and justifications, from those who say it’s all too much, and all too pointless. Dr Awanui Te Huia, a reo Māori lecturer and researcher, addresses the anti-reo assumptions behind the complaints.

Some broadcasters on our publicly-funded national radio station have steadily increased their use of te reo Māori. This is excellent for Māori language enthusiasts and Māori-speaking audiences.

Having more te reo through news media means that te reo is heard more often by the whole population, helping to achieve the goals of Māori language normalisation in a country that is heavily English-speaking.

But while the Broadcasting Standards Authority no longer accepts complaints about the use of te reo Māori, grumbles and moans about te reo in mainstream news programmes continue to find a home with publishers willing to advance their thoughts.

These complaints tend to group around a set of antiquated but persistent views about the place of te reo Māori in media.

These include the arguments that using te reo Māori in public domains marginalises non-Māori language speakers and listeners. That the inclusion of te reo Māori in English language speech creates a “new hybrid language”, without the benefits of either language. And that news readers don’t have a core responsibility to their tangata whenua Māori-speaking audiences.

As a second-language learner, as well as a Māori-language researcher and teacher of te reo, I can see how exposure to te reo Māori outside of language classrooms makes a massive difference to how quickly learners can progress.

The regular institutional support I see from media giving a platform to inaccurate and racist perspectives makes me realise that the positive shifts in attitudes towards the use of te reo must be matched by a determination to tear down the fictions that still aim to delegitimise the place of te reo in its own lands.

The truth is that monolingual English speakers can cope with more than one language.

A recent study found that New Zealanders who don’t speak Māori have a relatively large Māori “proto-lexicon”. This means they’ve developed knowledge of te reo without effort and in the absence of knowing the meaning of the words. The proto-lexicon allows them to distinguish Māori words from highly Māori-like nonwords. So, someone who speaks only English may know, for example, that the word matua is a Māori word but the word mater could never be one.

As a Māori-speaking māmā, with both whakapapa Māori and Pākehā, I’ve observed those of my whānau who aren’t often exposed to te reo Māori in their daily lives regularly demonstrate the truth of this. They may not be able to converse in te reo or be able to understand what is being communicated specifically, but it’s clear to see that they can get a feeling for what’s being communicated.

This shows, the study’s authors write, the impressive degree to which humans automatically orient to the language they hear regularly in their normal environment. It’s similar to the way babies, without effort or awareness, develop a base knowledge of the languages they hear around them.

This is not to say that there isn’t a very strong need to increase the number of Māori language speakers who are highly proficient — that’s the real goal, of course. But, at the basic level, the study is showing that non-Māori speakers can cope with hearing “more than the odd kia ora”.

I grew up listening to my koro using te reo Māori at hui, and watching Te Karere with him. These experiences of Māori language exposure contributed to the connection that I inherently felt towards our reo. I didn’t know what was being said, but I knew that it was ours. My aroha for te reo was related to the aroha that I felt, and still feel, towards its speakers.

For many adults, these subconscious connections to te reo may be permanent. And for those who are motivated to learn the second language to which they’ve been exposed, the study found a potential for “awakening” the underlying knowledge to enable them to more readily attach meanings to the words they already “know”. This could give them significant advantages over learners who haven’t accumulated this previous experience.

So, being exposed to te reo in our everyday environments, including on our news channels, benefits both speakers and non-speakers of the language.

Then there’s the argument that the inclusion of te reo Māori in English language speech creates a pointless new hybrid language — without the benefits of either language. This fails to recognise the multiple benefits associated with integrating two languages, which is known as “translanguaging”.

Rather than focusing on languages as pure and untainted, the concept of translanguaging demonstrates that speakers of multiple languages have more flexibility about how we engage with one another.

Bilingual people, with access to two languages, are able to make a series of complex decisions about which words, and word-order sequencing, they select in order to communicate a particular concept, perspective, or position most accurately. Where a word doesn’t have an adequate English translation, the Māori may still be used, and vice versa, so that unique cultural perspectives aren’t lost or diluted in communication.

Our five-year-old year old is a master of translanguaging. When she says things like “Kāore ō Mirabel powers?” — to ask why a cartoon character doesn’t have superpowers — she’s applying “powers” as it’s used regularly in English language children’s TV programmes.

Often, I’ll use translanguaging in ways that indicate that I’m speaking about a kaupapa that can only be Māori in orientation, such as: “Are you going to the hui tonight?” I want to make it clear that the occasion is a kaupapa Māori, or perhaps that I’m connecting with the event as a Māori, without having to speak entirely in te reo to those who may not be active Māori speakers, but who are Māori.

Translanguaging is a skill that can be used by those who are proficient in both languages, as well as those who are transitioning into including more te reo Māori into their English speech.

As Māori speakers, our ability to weave te reo Māori into English is a normal part of how we’ve had to adapt to express ourselves under the constraints of colonisation, which have seen our monolingual Māori society transform over a period of 200 years into a monolingual English society.

The inclusion of te reo Māori in our speech patterns is an act of remembering our cultural inheritance in our daily lives.

So, news presenters have dual responsibilities. They are engaging with the needs of the most dominant section of society — English speakers — but also with an audience that has a right to hear te reo being used in all its forms, demonstrating to our children that te reo Māori is normal, and that we should expect to hear it in public interactions.

Accepting these facts means that those of us who are pushing for te reo Māori revitalisation can focus our energies on improving the health of te reo in our whānau, hapū and communities, rather than investing our time combating outdated racist commentary about the use of te reo.

The state of my own emotional wellbeing usually determines how ready I am to jump at responding to racism, as these responses are directly taxing our time. Time that is better served by engaging in acts of decolonisation.

What I know from our own research is that disrupting the impacts of racism requires the support of our communities. Outdated criticisms about te reo Māori have less impact when we are well supported by people who can readily dismiss these harmful views.

The dissemination of racist, outdated views about te reo continues to have the potential to deter tangata whenua from seeing value in learning our ancestral language, which is deeply upsetting.

Languages are a means of transmitting culture. They allow for the expression of complex identities, they honour our differences, and they open us up to other ways of living and being in the world.

The more that te reo Māori is used in our everyday lives, the more all of us, both Māori and non-Māori, will be awakened to its possibilities.

Dr Awanui Te Huia (Ngāti Maniapoto) is a senior lecturer at Te Kawa a Māui at Te Herenga Waka–Victoria University of Wellington, where she teaches te reo Māori at the introductory level, and Māori research methods with postgraduate students. She is mainly involved with Māori language learner research.

Awanui recently moved to the bilingual town of Ōtaki with her husband Tai and their two children to enjoy the benefits of living in a community where te reo Māori is normalised. 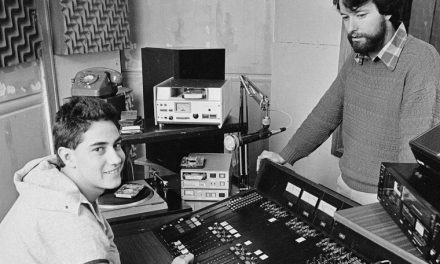 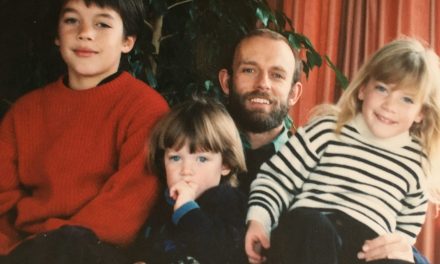