‘When did you first know you were a fa’afafine?’ 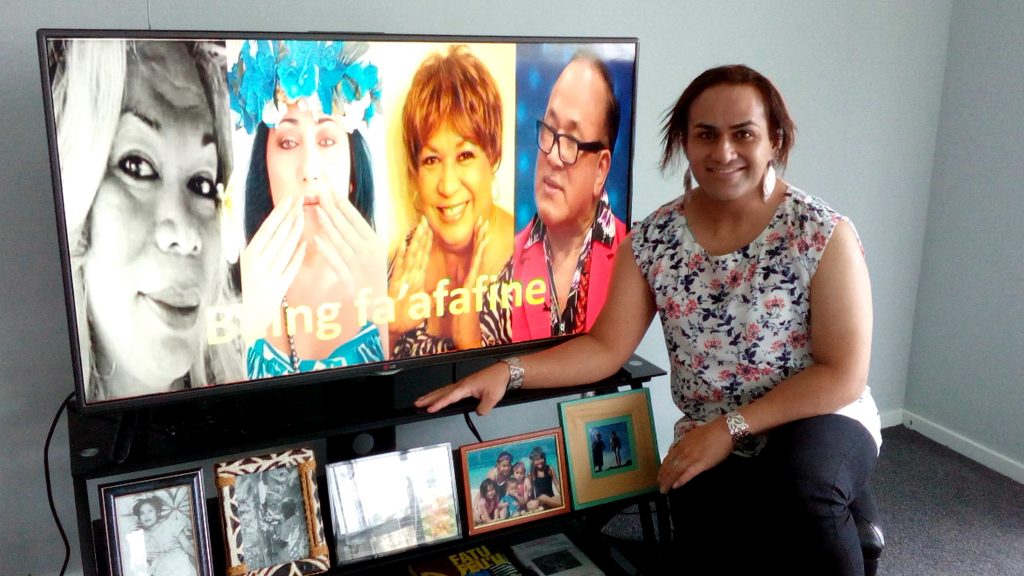 Ashleigh McFall: Fa’afafine “must write our own stories, from our own perspectives.”

Western researchers have long had a fascination with Sāmoan fa’afafine — but their work has led to generalisations and misunderstandings that still persist today, as Ashleigh McFall writes.

I was born and raised in Wellington, in Titahi Bay, the youngest of four boys. I was named after my father, Poiva Feu’u, so most people have called me PJ or Bubs.

But Ashleigh is my legal name now.

Ever since I can remember, I’ve identified as a girl. I was always in the company of girls, and I was never interested in rugby, Boys Brigade, or athletics like my brothers. But I loved netball.

I remember when I was five, on a family holiday in American Sāmoa, my Aunty Siaipata made a comment about me being a fa’afafine. I knew that it had something to do with being feminine, and I was fine with my aunty calling me that. I didn’t think it meant anything negative.

In Sāmoan, fa’afafine means like a woman. Fa’a — in the manner of, or like — and fafine, which means woman.

The Māori equivalent is whakawāhine. Our counterparts around the Pacific are the ‘akava’ine of the Cook Islands, the mahu of Hawai’i, vaka sa lewa lewa of Fiji, rae rae of Tahiti, fakafifine of Niue, and fakafāfine or fakaleitī of Tonga.

Like other fa’afafine, I’m a biological Sāmoan male who identifies as female and performs roles normally carried out by women.

When I was younger, my parents and brothers tried to discourage me from acting like a girl. But the more they tried, the more feminine I became, so eventually they gave up.

I know now that they were just trying to protect me. My mother always told me that she feared for me and didn’t want me to get hurt, because people can be so cruel. And she was right.

The bullying and taunting started when I was at intermediate school. I was called names — poofter, drag queen, faggot. And I was asked, “Are you a boy or a girl?” by my fellow students.

I couldn’t understand why I was being bullied when I was doing nothing wrong. It always hurt. I’d often go home crying to my mother. 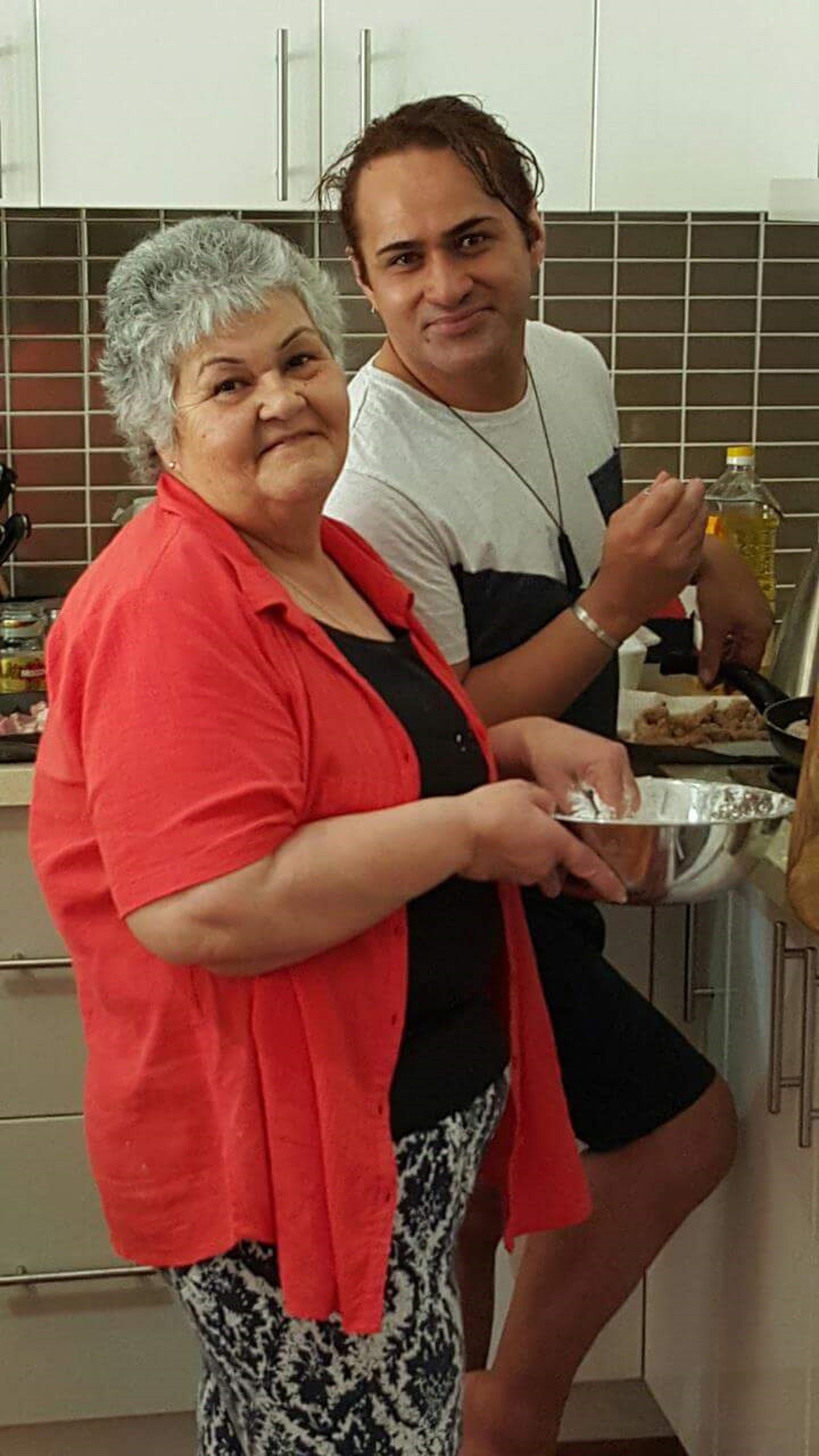 At home, with mum.

Being a fa’afafine in Sāmoa

In 1997, when I was nine years old, my parents and I went back to Sāmoa to look after my grandfather — my dad’s father, Tuitapā Feu’u Kaleopa.

Over the next few years, my mother and I went back and forth between New Zealand and Sāmoa. I did Standard 4 (Year 6) at Vaiala Beach Primary School, and then, a few months into Year 7, my mother and I shifted back to New Zealand and I went to Titahi Bay Intermediate School. A year later, we were back in Sāmoa. I finished Year 8 at Leififi Intermediate School.

I spent my high school years in Sāmoa, at Sāmoa College, where I was dux in Year 11. After that, I studied at the National University of Sāmoa, in Apia, before coming back to New Zealand to do my BA at Victoria University in Wellington.

In Sāmoa, it was normal for me to take on “women’s work” — caring for my mother, nieces and nephews, and doing the cooking, cleaning and washing. At family gatherings, or fa’alavelave, I’d perform the ceremonial tasks associated with a Sāmoan tama’ita’i — serving the matai and presenting ‘ie toga (fine mats) during a si’i.

And during my high school and university years, I often performed in cultural events, dancing the actions of a Sāmoan girl. This was accepted in the school community.

Unfortunately, not all parts of Sāmoan society are as relaxed and accepting of fa’afafine — and that includes some of my own extended ‘āiga, even though there are fa’afafine on both sides of the family. We have Christianity and colonisation to thank for that.

Yet fa’afafine tend to be absent from missionary accounts of those early encounters with Sāmoan people. Were we omitted from the historical record on purpose? Or could it be that missionaries simply didn’t “see” fa’afafine because they had no equivalent in western society and were so completely outside their experience? Were fa’afafine simply invisible to them?

This seems to have been the case even in the 1920s, when the American anthropologist Margaret Mead, then in her 20s, was studying Sāmoan culture.

Mead spent three months on the island of Ta’ū in American Sāmoa, doing fieldwork for her PhD. In her 1928 book Coming of Age in Samoa, she describes an effeminate boy named Sasi who was skilled at women’s work, made continual advances on other boys, and spent more time in the company of girls than with any other boy on the island.

There’s no question in my mind that Sasi was a fa’afafine, yet Mead doesn’t mention fa’afafine at all — she describes Sasi as homosexual.

Margaret Mead won international acclaim for her work in Sāmoa, but if you ask Sāmoans, she got it all wrong. As Talitiga Dr Venasio Sele has argued, Sāmoans have been misunderstood by anthropologists ever since Mead wrote about our supposed promiscuity in Coming of Age in Samoa.

Margaret Mead is perhaps the best-known example of a western academic misinterpreting what she saw — but she’s certainly not the only one.

Sāmoan fa’afafine have been an object of fascination and study for many researchers. But many of their findings — interpreted through a western lens — have led to misunderstandings and generalisations, many of which have been challenged and rejected by fa‘afafine.

When I was studying for my BA at Victoria, two documentaries inspired me to research fa’afafine experiences in more depth. One was a 2008 New Zealand documentary Fa‘afafine: Queens of Samoa, and the other an Australian documentary Paradise Bent: Boys Will Be Girls in Samoa, from 2005.

These documentaries were the first time that I’d heard the idea that fa‘afafine was a response to the lack of female labour in their families in Sāmoa. This didn’t reflect my own experience — in fact, the opposite was true. I was never socialised by my family to fulfil a sister or daughter role; they had done their best to discourage me.

I realised that there were several themes common to the research carried out by these western academics. As well as the alleged Sāmoan tradition of raising boys as girls and the perceived societal acceptance of fa’afafine, there’s the frequent use of western identity labels which don’t easily equate to fa’afafine.

The most common misconception is that fa’afafine are gay.

I don’t identify as male, I identify as female. It’s my female gender that defines me — and, as a female who’s sexually attracted to heterosexual men, I see my intimate relationships as heterosexual, not same-sex. And I see other fa’afafine as female and as sisters, not as potential sexual partners.

Neither do I identify with the terms trans, transvestite, transsexual, or transgender — which are all western concepts. For me, none of these labels adequately describe fa’afafine.

There are many ways individual fa’afafine may choose to identify themselves, just like there are multiple ways of identifying as a male or female.

My point is, you can’t put labels on someone else or make assumptions about their identity without asking them first.

I am a Sāmoan fa’afafine first and foremost, before any label or identity is placed on me.

Transitioning from PJ to Ashleigh

This year, I had my sex changed from male to female on my birth certificate — a procedure that required a court hearing.

My friends and family refer to me as she, her, sister, suga, or aunty. But every now and then, he or him comes out.

The reality is that when someone is transitioning, people are transitioning with that person. It will take time for those who’ve known me as PJ, or as a boy, to understand that I’m transitioning into Ashleigh.

For me, transitioning means finally being honest with who I am, and have been, since I was a child. It’s not just about medical hormone replacement therapy, putting on makeup, wearing feminine clothes, or strapping on a bra. It means matching my outside with who I’ve always been in my heart, soul, and mind.

I don’t believe transition is a choice, just as being fa’afafine is not a choice. Being feminine and fa’afafine is in my nature, and transitioning is just a part of my journey.

It takes courage to step out from a lifetime of bullying and discrimination to be the me I was meant to be. 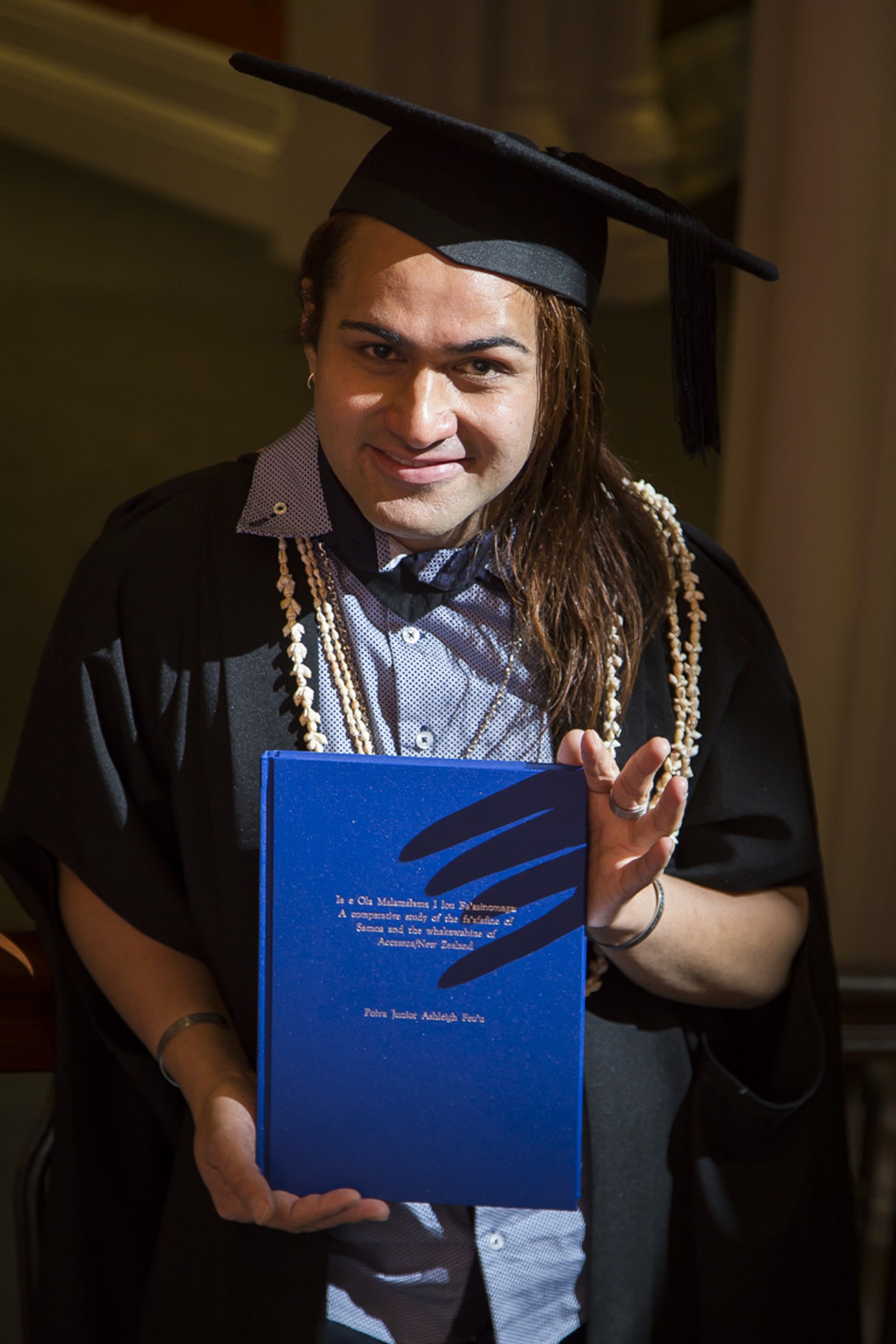 Ashleigh’s MA research was on Sāmoan fa’afafine and Māori whakawahine.

Research by, for, and about fa’afafine

Fa’afafine have been hidden from history, misunderstood, discriminated against, and silenced. It’s important that research about us is also by us and for us.

We must write our own stories, from our own perspectives.

I’ve been inspired in my academic journey by the words of fa’afafine pioneer Talitiga Dr Venasio Sele, who urged fa’afafine to become educated.

“My education counters any criticisms. To be a fa’afafine, you must be educated — it is our weapon.”

After completing my BA (Hons) at Victoria, I did my MA research on the experiences of fa‘afafine and whakawāhine in Aotearoa New Zealand, comparing and contrasting the two.

I found that whakawāhine are even more invisible than fa’afafine. There’s almost a complete absence of research about, or by, whakawāhine. Much of what is known is anecdotal or informal.

So my MA study has helped to fill in some gaps in the literature, by giving voice to the perspectives of fa‘afafine and whakawāhine in Sāmoan and Māori contexts.

But there is more research left to do. I’m now working on my PhD, and continuing that work.

Within my own family, my research has already made a difference. My brothers and my mother have always loved and supported me, but my work has helped them to gain a deeper understanding of what it means to be fa’afafine.

I couldn’t be more different from my brothers. My older brother Barry is an electrician, Darren is a builder, and Elvis is a builder and automotive technician.

But they’re very proud of me and where I’ve got to in my academic life — and they’ve had their eyes opened up to what I’m fighting for.

Ashleigh McFall is a PhD student at Victoria University of Wellington, where she also teaches in Pacific Studies. (This piece was amended on November 22, 2020, to reflect the change to Ashleigh’s surname, previously Feu’u.) 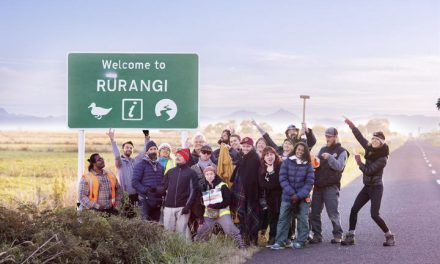 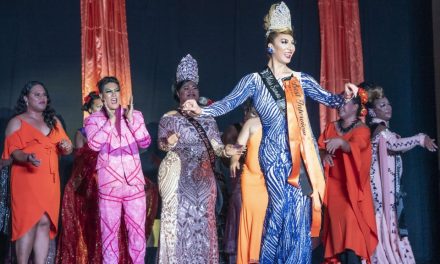 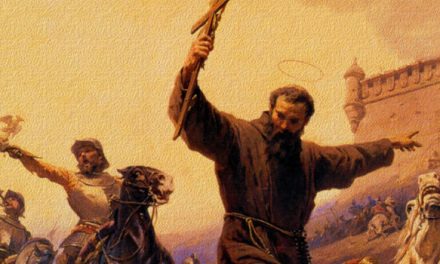 Why is God and sexuality so bloody difficult?