How do any of us deal with finding out that someone we once admired is guilty of sexual abuse? Moana Maniapoto reflects on her conflicting emotions about “an undeniably talented and deeply flawed man”.

It’s a funny thing but, sometimes, in a roomful of complete strangers, you can find true intimacy. Maybe it’s because you’re a step removed from your normal life — or perhaps it’s about time and place. Somehow it feels right to simply trust the moment, to speak from the heart.

I once heard a friend talk about life with her mother, often described as “a difficult woman.” She’d gifted her Pākehā children a love of te reo Māori and even donated her body to a medical school.

At the same time, despite a life of campaigning for justice, she had knowingly exposed her children to the kind of atrocities — over and over and over again — that make you wonder how a person can ever fully recover.

Yet my friend is vivacious, articulate, and successful. It’s easy to see she is most proud of being the kind of mother to her children that she never had.

She spoke of the pressure she was under to forgive her mum, because … you only have one mother.

There’s such a cruel irony in that.

What my friend wanted to share with that roomful of strangers was the importance of making peace with the worst things that happen in your life, and how she is living proof that you can change things — in just one generation.

We all know people who’ve been exposed to brutality, horror, and addiction — and who still wear the scars. Even though the newspapers are full of victims who become perpetrators, many others have broken that cycle, to fulfil their story as loving, nurturing parents.

The words my friend spoke drew me back to a story I’d written two years ago and then tucked away. Mainly because, every time I discussed it openly, the reactions, though diverse, were always heated.

In trying to explore the realm of human feelings and navigate my way around potential hurt, it seemed easier to … well, keep quiet.

But, if the last couple of months has taught us anything, it’s that we don’t talk about the hard stuff.

Even if it’s not our story, if we are only bit players on the sideline trying to process our feelings, we owe it to one another and to our children to have those confronting conversations.

A very long time ago, my mates and I were walking along the main drag in Rotorua. A busload of tourists ground to a halt beside us. The concertina door shuffled open and out stretched one arm, clutching a ukulele.

We were all about 15 years old and students at Hato Hohepa. We’d have recognised that voice anywhere. Next minute, we were lined up in the bus aisle performing an action song to a bunch of delighted American tourists. And leading us, on his trademark ukulele, was a man whose life was very much about performance.

Piripi Munro was charming, charismatic, and talented. He loved singing, and was damn good at it. Who could forget him conducting a crowded stadium in song at the kapa haka nationals, just one man and his ukulele? Pure magic. No one could touch him as an MC. No one.

By all accounts, Piripi was a wonderful tutor to young students at Hato Pētera College. Willie Te Aho spoke of the brilliant taskmaster whose prowess in oratory, in both English and Māori, helped Willie take out the Korimako award, back to back.

A former student, Potaka Maipi, talked about how entwined Piripi was with the school. He led karakia, taught reo, and shaped the haka group. His knowledge of kapa haka took him beyond the Māori Catholic fraternity and on to national stages.

My friends and I adored him. To us, the fragrant-smelling Piripi was the Prince of Pētera. He seemed to be able to whip out his ukulele at the drop of a hat. God knows where he stored it.

The last time I saw Piripi was at the tangihanga of Ranginui Walker. I hadn’t seen him in ages — and when he rushed up to me, it took me a while to place his face. So many years had passed. His hair was white, but he was still handsome. He looked good, and he sounded like the same old Piripi I knew back in the day. He seemed thrilled to see me.

A part of me had a flashback to another time when Piripi was the rockstar of my younger life. Another part of me felt guilty just talking to him.

Years ago, Piripi pleaded guilty to sexually assaulting three boys during the 1970s and 1980s, while he was entrusted with their care at Hato Pētera College. He went to prison for it. Twice. This was the tip of around 50 accusations laid at his feet.

Potaka Maipi was a journalist at the time, and, with the support of the school, he spoke with the whānau of the boys. Potaka recalls a tremendous amount of pain. I imagine there still is.

At that moment, when Piripi and I came face to face, I didn’t want to talk to this man I once idolised. And I was way too polite to swear at him, unlike my old friend Rob whose instinct meant he once did. Mine was to take off. So I rearranged my face and took off.

I have no idea what sadness was visited on Piripi himself as a young boy, or whether Piripi made amends with any of those he abused. I’m not writing this to revisit pain on those he hurt, or his own whānau.

But after Piripi’s death, I’d watched an item on his passing on Māori TV. It focused on Piripi, the eloquent orator. All of it was true. But it wasn’t the whole truth. We saw the wonderful, but not the flawed. And I wondered how families who lived with the consequences of his abuse, felt at the time.

Even now, I can’t find any stories online about Piripi’s convictions.

I asked Dr Erihana Ryan, a psychiatrist, about it. “For many of his victims, it will create rage, and that will translate into self-loathing,” she told me.

“A community must be able to integrate these truths, to support and allow the achievements, without forgetting that our admiration does not negate the reality of less acceptable behaviours.”

The big question is, how do any of us deal with this?

My mate Jason speaks of a kaumātua who tried to use the story of Tāne Mahuta and Hine-titama to rationalise his abuse of young people. The old man justified his actions as being consistent with tikanga. (Another friend who works with ex-prisoners says she’s heard that line more than she’s had hot dinners.)

Horrified at the lack of remorse, Jason said the old man’s peers stripped him of his speaking rights. He was seen as kahupō: “spiritually blind and already dead.” A persona non grata. Now, Jason says, the man shuffles around on the margins of his hapū, still ignored.

The word kahupō is mentioned in a 2004 report based on a conceptual framework developed by Tamati Kruger and others to address the issue of whānau violence.

The report talked about the need for a transformative process based on empowerment and self-realisation — one that always acknowledges that there is never one victim and never one perpetrator. After all, whakapapa is at the heart of all Māori practice.

The key, says the report, is to demystify illusions held by the perpetrator, victims, and their whānau.

It’s a big ask because the Māori whānau is so vast and interconnected — and we are diverse in our responses. We pride ourselves on being straight talkers. We talk about how the marae ātea is the space of verbal warfare. Where we tackle the hard subjects. Where we get stuck into the newly departed lying in state before us.

At Piripi’s tangi, as Potaka told Radio Waatea, Piripi’s abuse was alluded to on the marae ātea. But, he said, the real conversation happened in the dining room, where people confided how conflicted they felt.

“We know many refused to come,” said Potaka. “And we asked ourselves: Should we have been there?”

Like many other former students, my own brother didn’t go. But Willie Te Aho did. He was among those who spoke on the marae ātea about Piripi’s abuse, the court case, and his subsequent imprisonment.

“I’m all for the elephant in the room being discussed, as I openly did at his tangi,” said Willie. “I also spoke about the unconditional love that was shown by Te Arikinui. That was my message.”

Te Ata — Te Arikinui — drew him close to her. Piripi wasn’t permitted to whaikōrero, despite his prowess in te reo. And there were many who resisted Piripi performing any role as an MC, who didn’t want him being visible at all. When I asked a Kīngitanga leader why Te Ata took him in, the reply was the same: “Unconditional love.”

After the death of Te Arikinui, there was little love for Piripi. He was no longer welcome, said Christine Panapa. “And he was very ill.”

Christine and her husband John looked after him. “We chose to remember Piripi as the good friend he was to us for many years, the incredible performer — that side of him.”

They got flak for it from their own whānau.

Christine asked Piripi about the charges. “He refused to admit anything. I thought to myself: Ahh — he’s in total denial.”

A former Hato Pētera student who’d been abused by Piripi told me that he had forgiven him. He agreed that others would not forgive, and that was okay, too. He was at peace with himself.

“When I heard Piripi was on his last legs,” he said. “I spent time with him at the hospital. We did our mihimihi and sang songs that he loved.”

As we continue to reflect on the life of an undeniably talented and deeply flawed man, each of us will meditate on how we choose to remember him. There have been others like Piripi and there will be more.

The big challenge is how we as whānau and communities confront this terrible darkness, this sad duality that creates such a tragic legacy. There is no quick fix. It requires an open and honest conversation. 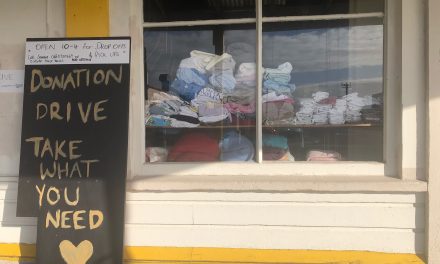 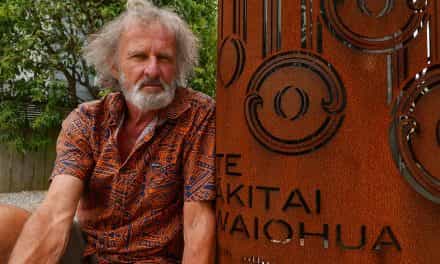 Listening to the People of the Land 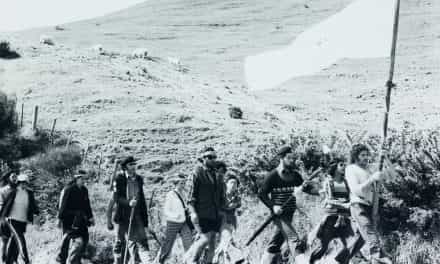 The iceberg below the surface