Son for the return home 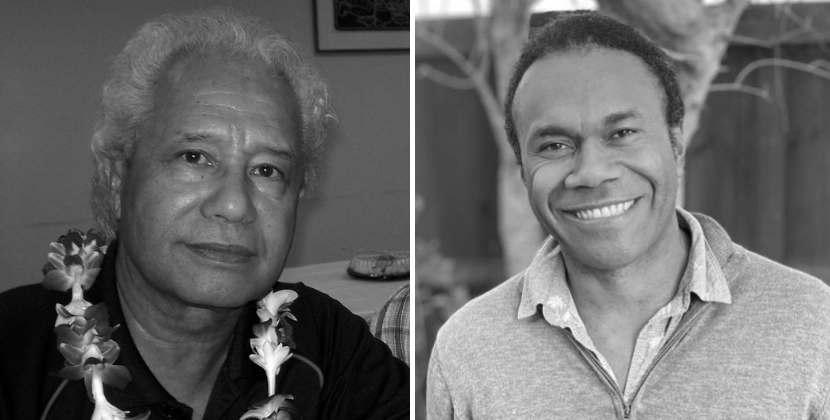 In a new book, Nine Lives, launched last week, 10 writers were asked to provide an essay on a notable New Zealander of their choice. Selina Tusitala Marsh and Pala Molisa chose “the father of Pacific literature”, Albert Wendt. This is an edited excerpt from Pala’s tribute.

Most people who know of Albert Wendt, the writer, do so by reputation: as one of New Zealand’s greatest writers; as the Father of Pacific literature.

That wasn’t the case with me.

I didn’t hear about Albert Wendt by reading his books. I learned about him as a five-year-old Pacific boy growing up in Vanuatu in the 1980s listening to Mum and Dad talk about their university days.

Back then, in the 1970s, Vanuatu was still under colonial rule, governed by the British andFrench. Mum and Dad were studying at the University of the South Pacific in Suva, Fiji.

Dad was studying medicine at the Fiji School of Medicine. Mum was doing a BA in English.

And she was being taught by Albert Wendt.

As a young boy growing up in the just newly independent country of Vanuatu in the 1980s, I used to love hearing those stories of their university days because it all seemed so epic.

Back then, Pacific Island students weren’t just going to universities to get jobs and degrees — they were going there to change the world, to free their countries, to take back their  lands, to found their national homes.

At the global level, the Third World revolutions are erupting everywhere. At university, your campus life is the heady mix of not just kava drinking, partying and football but also young love, campus relationships, student protests and revolutionary dreams.

Your country is still under colonial rule, but you’re young, wild, and full of fire, so when you see all these social transformations going on around you, you promise yourself that you’re not just going to get a university education; you’re also going help everyone at home to free your country from colonial rule and do nothing less than change the world. In that context, all the people in Mum and Dad’s stories took on larger-than-life personas for me.

Albert Wendt was one of them.

Today Albert Wendt is kaumātua, matai and elder statesman of New Zealand and Pacific literature. But that’s now. You’ve got to picture him at the time.

Back then, he was just starting out on his academic career. He’d hardly published any of his major works; in fact, he’d only just published his first novel — my favourite — Sons for the Return Home. But he was young, Sāmoan, fiery and free. Here’s this young Sāmoan academic teaching in an institution dominated by Pālagi scholars, administrators and politicians with allegiances to a Western system into which Pacific students are still being groomed and assimilated to fit within. But what he’s doing instead is teaching these students not to accept those colonial boxes by finding their own political voices and pursuing their revolutionary dreams.

Mum was the one who talked about Albert Wendt, the teacher.

Albert didn’t talk that much to his students — but the power of his teaching came through in what he did. In class — where you’re exploring a range of genres, from novels to films, short stories to plays, and poetry to music, from Chaucer to James Brown, Baudelaire to Albert’s own nascent provocative writings — Albert doesn’t just expose you and the other students to some of the finest writings in the region and of the world. He’s also getting you to have debates that surface the real divisions among you, your families, and the cultures and communities you come out of.

You debate whether colonisation is actually a bad thing or whether, on the whole, it has actually been for the best (it has done a lot to “civilise the savages”, after all).

You discuss whether or not Pacific Island countries should be free or stay attached at the hip to the Motherland and Fatherland empires as New Zealand and Australia are looking to do.

You’re discussing whether our indigenous traditions — kastom — are actually an undoubted force for good, for indigenous progress and well-being, as a lot of “born-again” indigenes seem to be saying, or whether there’s actually a lot  of regressive aspects of indigenous ways of knowing, being and doing — giving licence to treat women like crap, for instance — that we’re better off challenging and changing.

Dad didn’t talk so much about Albert Wendt, the teacher.

He talked about Albert Wendt, the warrior.

He talked about the way Albert, along with “Papa” Ron Crocombe, another champion of Pacific Island decolonisation movements and independence struggles, was often willing to challenge other academics for airing what seemed to be racist and colonial views.

One of my favourite stories from Dad about this was of a time when Albert stood up to challenge an academic (I can’t remember if he was an anthropologist) who made a casually racist remark about PacificIslanders. Albert just wouldn’t let him off the hook until he recanted and apologised. Dad said this willingnessto challenge examples of unconscious institutional racism from colleagues and other academics wasn’t a one-off thing that Albert did.

While I can’t quite recall the details of Dad’s story, what is palpable in my memory is the pride and appreciation that Dad and all those other students felt when they stood in the presence of that kind of ferocious Pacific love incarnated as Sāmoan fire.

One of the things Mum and Dad stressed to me about those 1970s independence struggle days was that, because colonial  economic incentives were very much still in place, Vanuatu had to fight. There were vast French-owned plantations, not to mention France’s designs on both Vanuatu and New Caledonia to be its South Pacific geopolitical stronghold over the rest of theregion.

Because of that, Mum and Dad had this thing about recognising and acknowledging other communities and countries in the fight for freedom.

“And son: never forget what Sāmoa did for Vanuatu; they’ve supported us from the start.”

When Dad said this, he wasn’t talking about the government of Sāmoa.

He was talking about Albert Wendt.

Because of that, I’ve never thought of Albert Wendt first, or even foremost, as a literary giant.

For me, he’s a political giant.

He has never held a formal political post himself. He was never a prime minister, a president, or cabinet minister or member of parliament, either in New Zealand or back in Sāmoa. And, Sel (Selina Tusitala Marsh) tells me, he was reluctant to take up his own chiefly Maualaivao title but eventually succumbed to pressure.

But during those halcyon days in the 1970s when Pacific Island independence struggles in many places were at their peak, especially when he was teaching as an academic lecturer at USP in Suva, Fiji, he both taught and supported many Pacific political leaders who fought to liberate their homes.

Beginning my story with a little of Mum and Dad’s own connection to Albert Wendt is my wayof recognising, honouring and giving more visibility to that legacy.

For me, Albert Wendt didn’t just teach students how to understand and write literature. He helped teach them how to take their homes back, and to make the world their home.

I didn’t reconnect again with Albert until I was already 31.

I was lecturing at Victoria University, doing my PhD in accounting, had just left my wife, drowning my sorrows in drink, partying like crazy, and just about to fly off to India to compete in Olympic Weightlifting at the 2010 Commonwealth Games.

I was devouring anti-colonial literature, and I still hadn’t read any of his books.

At the time, Albert and Reina, his partner, were in Wellington for a visit, maybe to accept an honorary doctorate. There was the formal public ceremony and Victoria University had put on a welcome dinner in his honour, organised by Luamanuvao Dame Winnie Laban, the Assistant Vice Chancellor, Pasifika, who’s also Albert’s cousin.

As one of the few Pasifika academics at uni, I was invited to go along.

After the formal ceremony was over, Luamanuvao offered to introduce me to Albert and Reina.

When she introduced me, I kept it brief: I greeted them both; I passed Albert my dad’s regards; and then I promptly left on the pretext of getting myself another drink. The reason I kept it brief is that, for me, Albert Wendt is an elder.

He’s not just the Father of Pacific literature. He taught Mum. So that makes him family.

My keeping distance was my way of trying to retain that respect.

That respect didn’t last very long, though, because the next time I saw Albert and Reina — about a month later — was in Melbourne Airport. I was flying back from New Delhi to New Zealand, and I was going via Australia. I was so jetlagged and sleep-deprived after two weeks of partying in the Athletes Village that the announcer was repeatedly calling for me on the intercom, but I was passed out on the airport seats, fast asleep and smelling like a brewery.

Albert was the one who nudged me awake.

Back then, Albert showed me how I could make university my home by just being myself. I didn’t have to give up sports in order to be a “serious” academic — I could be an international weightlifter while lecturing and doing my PhD.

I didn’t have to segregate my creative writing from my critical writing — I could publish poems like “Lamentations”, “Blood Accounting”, and “White Business Education” in A-grade accounting journals.

I didn’t have to give up my intellectual passions in order to fit into these bone-dry, financial accounting research boxes that make no mention of politics and spirituality — I could write an academic article fusing political critique with mystical insights from our indigenous and Pacific traditions.

In the same way Sel became a Pasifika poet-scholar, I became a Pacific academic-athlete-artist-activist. That’s a lot of “a”s, eh? 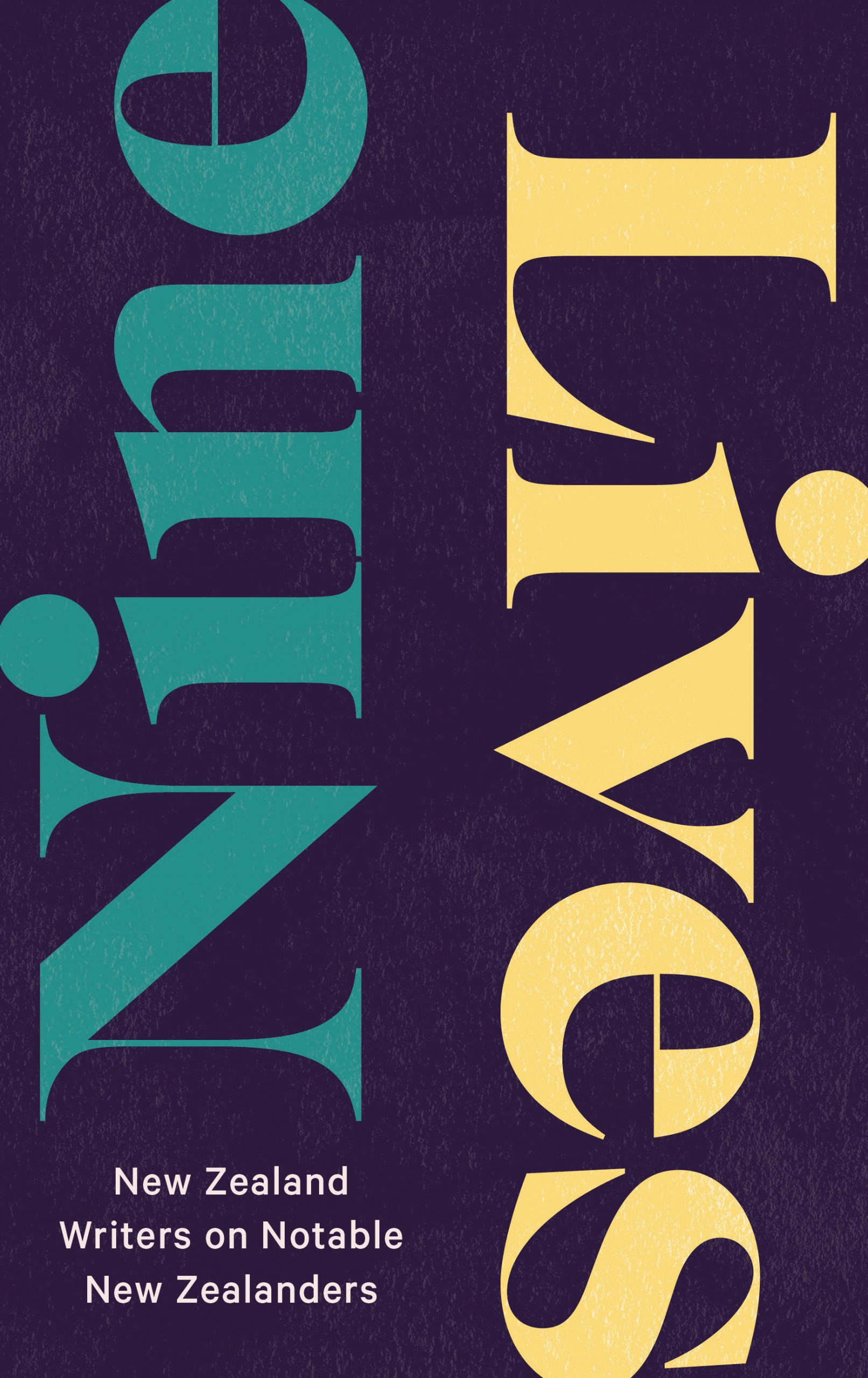 This is a short extract from Pala Molisa and Selina Tusitala Marsh’s much longer essay in Nine Lives (Upstart Press, $39.99 RRP), in which 10 New Zealand writers write about a notable New Zealander of their choice. In inspiring, intriguing studies, the writers take a fresh look and provide unexpected insights, with views of their subjects often at odds with the mainstream.

Dr Pala Molisa is from Vanua Lava and Ambae in Vanuatu and has lived in New Zealand since he was 13 years old. He has a PhD in accounting from Victoria University of Wellington and lectures in business and leadership studies. He is also an emotional anatomy therapist and teaches about the stories our bodies tell us. 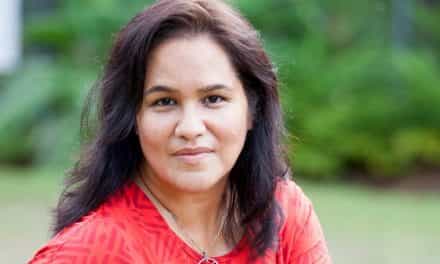 Lani Wendt Young: A hunger worldwide for our stories told by us