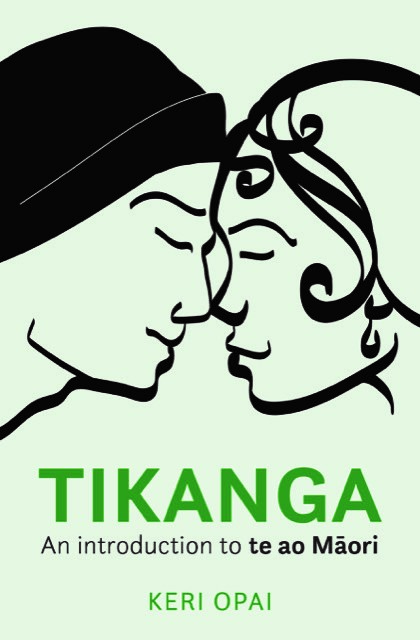 The pepeha is a familiar template of phrases that define and describe iwi, hapū and whānau connections for Māori.

It will typically mention whakapapa affiliations through the ancestral mountain, river, waka, iwi, hapū, marae and other kinship ties. But the pepeha is also becoming an essential part of the work life of Pākehā and Tauiwi.

Educator and linguist Keri Opai believes it’s appropriate for non-Māori to have and use a pepeha — you can read his interview about that here — but he says the pepeha for those who aren’t Māori must be structured differently.

Here, in an edited excerpt from his book on tikanga, he explains one way for non-Māori to go about a pepeha without misappropriating Māori concepts.

In essence, the pepeha is an introduction for any person and their affiliations in a Māori context for one purpose, to make connections. I’m emphasising this because most people mistakenly think that the pepeha is all about introducing yourself.

The pepeha has developed out of a need, in an ever-expanding world, to connect with others of the same iwi, hapū, whānau or rohe, especially for those who weren’t brought up within their kinship groups. For many Māori people who are not strongly connected to te ao Māori, this is one of the mechanisms to reconnect with those kinships and to feel a sense of belonging.

This desire to feel part of a collective, to know one’s place in the larger scheme of things, and to have a real sense of belonging and a confidence in that belonging, is also a reason that the pepeha is very popular with many businesses, organisations and Pākehā and Tauiwi. This is especially the case in courses on te reo Māori, tikanga and te ao Māori.

The pepeha itself can get quite complex with the tūpuna and whakapapa lines of descent quoted or details of the names of various whare of the marae or many other differences, but there is a reason Māori follow this pattern.

This is knowledge from the whare wānanga, the traditional house of learning, that I am sharing because it informs the decision about whether the pepeha for Māori people should be exactly the same for the non-Māori population or not.

And it is this: the pepeha follows the pattern of maunga, then awa/moana, iwi, hapū, marae because it is following the water cycle. As Indigenous people we are part and parcel of the environment, especially the water cycle. “Mau”, as in the word “maunga”, means to catch, capture, hold. The maunga catches and holds the snow, sleet, hail and rain which eventually forms rivers and lakes, the water of which nourishes the people, and which inevitably evaporates and returns to the sky and the cycle begins again.

The pepeha is Indigenous code for: Māori people are part of the natural environment and water cycle. That is why the term for fresh water is “wai māori”. And that is why the word for “who” in te reo is “wai”. Most people in classes learning te reo are taught the phrase “Ko wai koe?” (Who are you?) or “Ko wai tō ingoa?” (What/who is your name?)

Actually, these phrases are far too blunt. The old people were more likely to use the phrase “Nā wai koe?” “Who do you belong to?” But, literally, “From whose waters do you descend?”

This is why I believe that it’s inappropriate for non-Māori people to use the same pepeha as tangata whenua. It is not a matter of mere opinion, of like or dislike, of right or wrong: it simply doesn’t make sense. It is a matter of indigeneity. The Māori language has evolved over a thousand years or so to literally encode indigeneity in its composition. The pepeha is a reflection of this, even if the cypher to this puzzle has been lost to the majority of people in contemporary times.

You may be thinking to yourself: “This is good and all but what about me (if you are not Māori)? Where do I fit in? Do I have a pepeha?”

Fear not, dear reader. Keeping in mind that the pepeha is much more about connections and creating the potential for connections, I have created a pepeha for non-Māori based on a similar template, but with more appropriate information and phrasing.

This template satisfies the needs of making possible connections with people in the audience but does so without misappropriating any Indigenous ties to land, water and air. The potential here is that if listeners want to explore those connections, they will most likely approach you afterwards to discuss the details about yourself that you have given.

Also, remember to commit to memory the most basic form of pepeha first —Tēnā koutou, ko (name) au, nō (place) au, Tēnā koutou katoa — in case you have to say this without any preparation, or you may be nervous and decide to just stick with the small version.

When delivered with good pronunciation, I have seen this work wonders with a Māori audience many times. Respect is given and received, and it almost always has people coming up to the speaker wanting to compliment their pronunciation and discuss the details within their pepeha. Here is the template:

This may seem like a lot to try to learn off by heart, but keep in mind that this is a “pick and mix” scenario. You don’t have to include everything, especially when trying this for the first time, but rather pick what you think might be relevant for the audience and what may generate some interest in possible connections or relationships.

Let’s go through it:

As always, start with a greeting. There are many different ones and it is good to have a variety for different occasions. As a general rule, start more formally: tēnā koutou, tēnā tatou etc.

3.    te whakapaparanga mai — is my ancestry

This could be as well as, or instead of, “Ko Kōtirana” (Scotland/Scottish), “Ko Aerana” (Ireland/Irish), “Ko Wēra” (Wales), “Ko Tairana” (Thailand) or anywhere from around the world. Pick as many as you affiliate to and can pronounce well. Often Māori are interested in the ancestry of non-Māori friends, whānau and colleagues because they consider it important whakapapa or sometimes because they have ancestry there themselves. This is a ripe opportunity to make a connection. I have ancestors from Killarney in Ireland and Valverde Del Majano in Spain, so I’m always keen to hear if anyone has affiliation to these places.

It’s not required, although if you are confident and your pronunciation is sound, ka pai, go for it!

Another great opportunity to create an association. Perhaps someone in the audience grew up in the same place or near to it. Perhaps you both went to the same store or school. By stating the place where you grew up, you are making possible connections without misappropriating the ancestral mana of a landmark like a mountain or river. If you grew up overseas, this might also be seen as interesting, exotic or there may be a whakapapa link as in number 3.

Where do you call home? No matter their ancestry or where someone grew up, most people have a place they consider home. Another chance to forge a link.

Although these statements can all sound similar, there are subtle differences. I have heard many Pākehā and Tauiwi offer a different answer to all of these. Remember, it is pick and mix. If the answer is the same for two or more, you do not need to say the same thing several times.

How many times have you told someone where you live and they make a remark based on their experience of the same place: “Oh, what a beautiful city,” “Oh, the traffic there is terrible”, and so on.

Again, this is contextual so may not be necessary, but often people like to know what you do to seek some common talking points. Perhaps a hapū is looking for a researcher at the moment, or maybe someone in the iwi has something to trade for some work in the weekends fixing up the marae etcetera.

It’s best if you can discover a term in te reo for your job, but these can be hard to find or the job title may be too specific to be in a Māori dictionary, so if you think this may be important, say the title in English.

Like the hongi which is close, face to face and breaks down personal barriers, these statements are designed to give non-Māori people a chance to bond with listeners who are Māori over commonalities that have the potential to bring people closer.

Once again, there are some variations here. You can just say your first name if you are known to the audience or put your full name in if you think it might offer a chance at connection. You could also replace this with “Ko . . . . . . taku ingoa” — “My name is . . . . . .”

This is an edited extract from Tikanga: An introduction to te ao Māori by Keri Opai, $39.99 RRP, Upstart Press (available now). 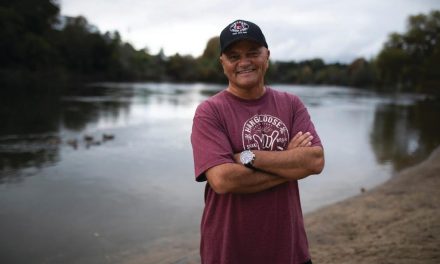 The legal force of tikanga

Reading the signs on a journey into Māori law