It shifts, it changes 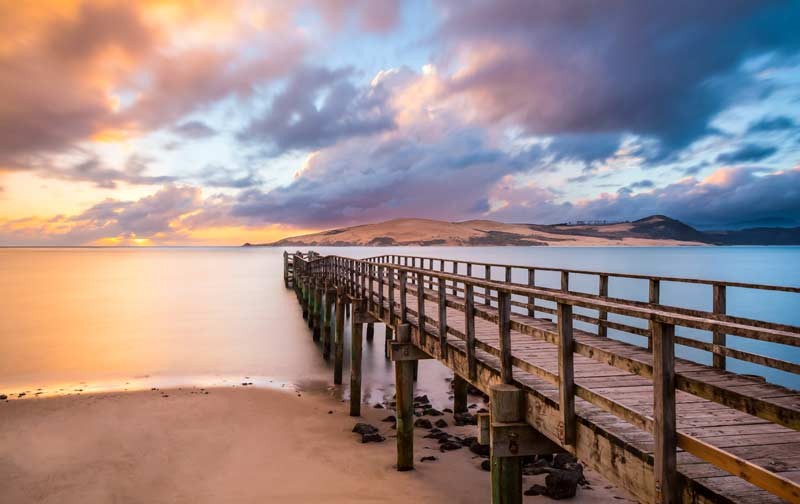 When Kennedy Warne spoke at Hokianga’s Festival of Change on March 1, the coronavirus outbreak was still a distant threat, something that had yet to have an impact here in New Zealand. In the space of a month, all that changed, and changed with a rapidity that has upended life as we knew it.

A couple of days ago, he wrote this update to the E-T editor:

“Much of what I spoke about at the event in Kohukohu seems even more pertinent now than it was four weeks ago. A statement such as ‘Our world is changing so fast that many of last century’s realities are today not just irrelevant but even non-existent’ could now be revised to say that ‘last week’s realities are non-existent’.

“My two main messages — the need for solidarity and the need for new stories about human life on planet Earth — seem more urgent and necessary now than when I wrote them.”

Two hundred years ago, Ngāpuhi sang a waiata to the newly arrived missionary Samuel Marsden. The song began with the words “Ka nukunuku, Ka nekeneke”, often translated as “it shifts, it changes”.

Those words define our own times. Our world is changing so fast that many of last century’s realities are today not just irrelevant but even non-existent. For many people, perhaps most people, rapid change — socially, politically, environmentally — is destabilising and dispiriting. It is a cause of grief and fear.

Some years ago, an Australian environmental psychologist, Glenn Albrecht, coined the word “solastalgia”, a variation on the well-known emotion of nostalgia.

Albrecht coined the word to describe the emotions felt by residents of New South Wales’ Upper Hunter Valley as they saw their bucolic rural landscape ravaged by open-cast coal mining.

But now the word has a global relevance. In a world of flood and wildfire, of pandemics and extinctions, where people install plaques of remembrance where glaciers once flowed and mourn the bleaching and dying of coral reefs, solastalgia is the appropriate word for when a planet changes beyond recognition.

Yet this event in the Hokianga is part of a Festival of Change, a celebration of change. Is it possible to welcome change and adapt creatively to it, and not to dread its dark portents? If there is hope for us, how do we find it?

Anne Salmond is one of many who believe that solutions for social and environmental challenges must come from whakapapa relationships with whenua and tangata — that is, deep connectedness to land and people.

There is a growing sense that indigenous people, who have been knowledge holders and flame keepers for multiple millennia, are of critical importance in this process. To borrow from ecological terminology, they are keystone species in this novel ecosystem. Their understanding and practice of relational thinking may hold the key to human survival.

It interests me that, at a previous time of rapid, radical change in Aotearoa, Māori responded in a similar way: by extending and strengthening their relational networks. When I was writing about He Whakaputanga, the 1835 Declaration of Independence, for New Zealand Geographic, the late Whangaroa kaumātua, Nuki Aldridge, told me that his ancestors could see that their world was about to face unprecedented change, and they acted to respond proactively to it.

“They could see what was coming,” Aldridge told me. “A wave was forming on the horizon — the old people called it te ngaru, the wave — and it threatened to swamp them.”

The old way of thinking — every hapū for itself — would not be able to cope with the new reality, the flood of immigrants from Britain. A new approach was needed: an assembly of chiefs that could make decisions for the hapū collectively. Through the initiative of the Bay of Islands chief, Te Pahi, and other rangatira, such an assembly was formed in around 1807.

It became known as Te Whakaminenga o ngā Hapū o Nū Tireni — the gathering of the hapū of New Zealand. Some Ngāpuhi give it a slightly grander translation: the General Assembly of the Tribal Nations of New Zealand. This was the body that declared its sovereignty to the world in 1835.

It seems to me that places like the Hokianga that already have strong relational networks to place and people can be the prototypes and templates of what participatory response to the dilemmas of climate change and other environmental shocks looks like. For me, it’s often a case of “despair global, hope local” when I encounter the energy and creative fervour of community action.

The second pathway of hope that I’ve been thinking about is the role of narrative and storytelling. Just yesterday I read a review of a new book about Churchill during the Blitz. The reviewer wrote:

In the midst of the churning hell of the Blitz, with no place safe or sacred, with a bomb falling even on Buckingham Palace, Churchill’s voice became a reassuring wellspring of hope and resolve. Every time Churchill took to the airwaves it was as if he were injecting adrenaline-soaked courage directly into the British people.

Churchill could articulate a story of British bulldog tenacity, of fighting on the beaches, of never giving up. Where do we find stories and storytellers that can galvanise not just a country but humanity in its entirety, in the face of today’s ecological and environmental blitzes?

Some years ago, I read a book called Radical Hope: Ethics in the Face of Cultural Devastation by a Chicago philosopher, Jonathan Lear. He writes about the Crow nation in the late 1800s, which was being devastated by land loss and disease at exactly the same time that Māori were suffering their own apocalypse in Aotearoa.

Hunting became impossible, both because all the beaver and buffalo had been killed and because the Crow were now forbidden to pursue a nomadic life. There was also devastating mortality. . . . The younger generation was all but wiped out. Those who survived suffered massive disorientation.

With the destruction of this way of life came the destruction of the end or goal — the telos — of that life. Their problem, then, was not simply that they could not pursue happiness in the traditional ways. Rather, their conception of what happiness is could no longer be lived. The characteristic activities that used to constitute the good life ceased to be intelligible acts. A crucial blow to their happiness was a loss of the concepts with which their happiness had been understood.

In the midst of this calamity, a leader arose who could articulate a new way in which the world could make sense to Crow. He could redefine what it meant to be a Crow. The radical hope of this leader, whose name is Plenty Coups, is that, if he commits to ethical excellence, then a goodness that is currently invisible to him will emerge.

Is this not the position we are in with climate change? A collective humanity-wide solution eludes us. But that doesn’t mean we can’t commit to acts of goodness on behalf of our planet — our common home, as Pope Francis puts it — in the radical hope that something good will emerge that as yet remains beyond the horizon.

Perhaps the answer for today’s crises may not lie in heroic solitary voices like Churchill’s or Plenty Coups’ — although there will always be people who act as cultural lightning rods, such as Greta Thunberg.

Perhaps the practice of creating a new narrative — one that supplants the old fantasy of limitless growth on a finite planet — will arise in multiple places in the mouths of multiple people.

Perhaps we all have a part in articulating this new story. And, in a place of many stories such as Hokianga, again, one looks for the beginnings of these new narratives.

A Native American political scientist, Kim Tallbear, joins these two ideas of relational thinking and narrative. She writes (and I’m paraphrasing a little):

In terms of being in relation, I propose a narrative of caretaking relations — both human and other-than-human — as an alternative to the settler-colonial American Dreaming that upholds the deadly hierarchies of modern life.

A relational web requires us to pay attention to our relations and obligations here and now. It is a narrative that can help us resist those dreams of progress toward a never-arriving future of tolerance and good that paradoxically requires ongoing genocidal and anti-immigrant, anti-indigenous violence.

The path toward the supposed democratic promised land of settler mythology is in everyday life a nightmare for many around the globe. American democracy not only “dies in darkness,” as the Washington Post claims. It is ever formed of hierarchical violence.

Stern stuff, but I love that phrase “caretaking relations”. It combines the values of kaitiakitanga and whakapapa — the twin pillars on which a new social narrative will emerge.

And so, as an antidote to solastalgia — the pain of seeing your home place utterly changed — Glenn Albrecht offers another new word. Soliphilia: a love of all places we feel connected to, and a willingness to accept, in solidarity and aroha with others, the political responsibility for the health of our earth, our home.

Inspired by that thought, I say with the poet Adrienne Rich:

My heart is moved by all I cannot save:
So much has been destroyed
I have cast my lot with those
who, age after age, perversely,
with no extraordinary power,
reconstitute the world. 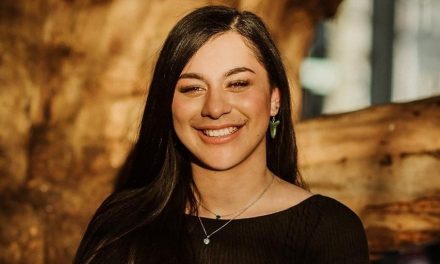 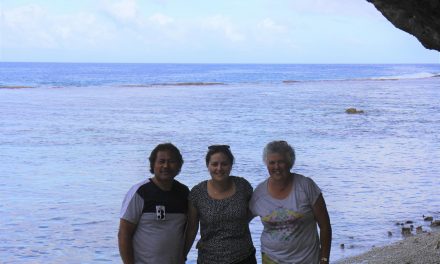