Confused about tikanga? Join the club 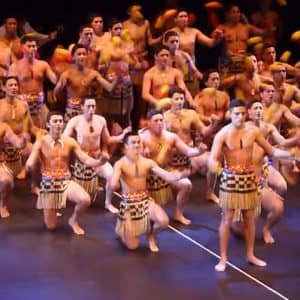 It’s hard being Māori in 2016. Look at all this carry-on about boys-with-their-poi.

Most of us know that males did poi back in the day as a warm-up for close-armed combat. But I didn’t know boys were actually performing poi routines in the national secondary schools kapa haka competitions until this new ruling came out saying they couldn’t. Not if they wanted marks. From now on, boys-only schools would have to substitute the poi with the martial arts Mau Rakau.

Whatever the rationale, the decision to marginalise male poi performances was mean-spirited, particularly five months out from the competition.

My mate Debra Marshall-Lobb, the principal at Hato Pāora, called the ruling sexist. Fair enough, too.

The thing is, Māori, like Pākehā, aren’t always on the same page. Not just between but inside iwi, and within various marae. As we saw at Te Tii Marae and within Ngāpuhi around Waitangi Day.

Kingi Taurua knows all about that. “Because of concerns around the TPPA, Ngāpuhi held a hui and voted that the PM wouldn’t be invited to the marae. And then a couple of the marae trustees just invited the PM anyway. And then they said he couldn’t speak. As far as I’m concerned, tikanga went right out the window.”

I’m no expert when it comes to kawa and tikanga. As kids, we learned about kawa and tikanga through osmosis. We played on the fringes of tangihanga, weddings and family reunions and, in between chores, we got the gist of what not to do on the marae. Can’t say I took that much notice at the time but I did manage to avoid any diplomatic incidents.

Not all Māori of my generation went to marae. When I started learning te reo through Ngāti Raukawa, the tutors gave us the lowdown on kawa and tikanga, and helpfully explained the basic rules around conduct inside the whare tupuna. Stuff like no kai inside the meeting house. And dignified behaviour at all times.

I remember heading to a tangi, hard on the heels of one wānanga, feeling I’d nailed the etiquette side of things. For once, I wasn’t sneaking furtive glances at the ones in front of me, desperately looking for cues.

But things got confusing for me after a grumpy uncle nutted off at the sons of the deceased. They’d been working out the back of the kitchen all day and had no opportunity to scrub up before entering the whare to say goodnight to their mum.

Uncle took exception to that and let them have it. I felt sorry for them. I could have handled that rebuke if I hadn’t seen one of the aunties whip off her top and, in her bra, dance in front of the coffin and entertain the whānau pani.

So I lost my bearings on the dress code. Maybe topless is okay but paru swannis aren’t? Or maybe Grumpy Uncle was outside when Auntie did her thing. He must’ve been outside when the plate of pikelets (I kid you not), complete with jam and whipped cream, was passed around the wharenui. No one except me seemed to bat an eyelid.

What were those Ngāti Raukawa on about, I thought?

Mind you, Amiria Reriti remembers the Ūpoko at her Kai Tahu marae instructing her to wheel the tea trolley into the wharenui. “Don’t forget the biscuits,” he yelled after her. Amiria tensed in anticipation of a lightning strike.

There seem to be these hardcore rules but then, at various times, they go out the window. As for the different way different iwi do things? There’s a minefield.

I’m reminded of the Flying Youth Tour back in ’89. It wasn’t a circus, although there were always going to be comical elements taking 70 musicians on the road. Most of the group had never been near a marae. So before leaving Auckland, we had a team talk.

“The first thing that’s going to happen,” said Tour Manager (aka Willie Jackson), “is that a wahine is going to call us on to the marae. That’s called the karanga.”

Everyone mouthed the word “karanga”.

“Now once inside,” Tour Manager continued, “a local man will stand up and give us a speech of welcome. It’ll be in Māori. And then they’ll sing a song. And then our speaker will reply and we’ll sing his song. Get it?”

“Now some of you haven’t been through a pōwhiri,” Tour Manager said. “You might get emotional and feel a bit of a rush coming on. Whatever you do, resist the urge to jump to your feet to speak, okay?”

The musicians nodded in wide-eyed unison.

We piled into a bunch of minibuses and headed up north. At the marae, everyone huddled together in nervous anticipation as the karanga rang out. There was a murmur among the ranks. Then, slowly, all eyes turned on us in bewilderment.

It was a man. Doing the karanga.

There were two people there on the paepae. A woman stood up first. She welcomed us in Māori. The other was male, with a suspiciously Aussie accent. I remember him saying something like: “None of you can understand Māori, so waste of time. I’ll speak English.” All the musicians looked at Tour Manager, me, and the other so-called know-it-alls with narrowed eyes.

Then Hareruia Aperahama stood up on our behalf and saved the day. You could have heard a pin drop.

The thing is, every hapū has their own specific tikanga, their own way of doing things. It’s accepted that the hau kainga of any particular marae set the kawa. If they want to open the proceedings for speeches in English, all good. It’s just that the first time you strike a different way of doing things, you do get a fright.

Like the time Scotty Morrison, Jaz Coleman and I headed to the Urewera for the tangi of Hirini Melbourne. We recognised Tame Iti heading towards us. He was wearing a blanket. Not looking his usual friendly self, actually. Then he fired his shotgun into the air.

Going on to a marae in Taranaki for the first time, my friend guided my elbow as I was about to head to the seats. Taranaki iwi hongi before whaikorero.

Scotty told me that for our lot in Te Arawa, kawa represents sacred obligations handed down from the gods. For example, the ritual of powhiri is made up of various protocols — whaikorero, waiata, wero, whakawaatea. Tikanga represents the various practices that each hapū develop to express that kawa. As Uncle Jimmy at Waitetoko says: “You do what is right for the occasion.”

For Ngāpuhi and Ngāti Whātua, the terminology is the other way around.

In January, a number of local Auckland marae said they would boycott the official welcome of TPPA signatories. Te Runanga o Ngāti Whatua stepped in “as a fallback position”, to perform a mihi whakatau. This was consistent, said Tame te Rangi, with the tribe’s sacred obligation or tikanga of welcoming dignitaries to the rohe — of manaakitanga.

However, delegates were welcomed into Sky City, not on to a marae. Does that make any difference?

No. For Tame, it was about Ngāti Whatua asserting their sovereignty inside an encounter between representatives of sovereign nations within Ngāti Whatua turf. I get that. But where does this obligation start and end? Where do you draw the line? Actually, it was Tame who raised the issue of a welcome for Mickey Mouse.

Tame gave me the distinct impression that a line had been crossed when it came to Mickey. Moana Jackson reminded me once that a racehorse got its own welcome too. I mean, you have to wonder, don’t you? And not just about what happened when it got to the hongi bit.

On the other hand, our welcome ceremonies are not always so … welcoming.

While many were boycotting the Springboks during 1981, Poho-o-Rawiri marae decided to reluctantly welcome the team and let the New Zealand Māori Council chairman, Graham Latimer, get stuck into them over apartheid. On that occasion, politics and culture converged.

Media reports this year suggested that potential speakers were instructed by hosts at both Ratana and Waitangi not to raise certain controversial subjects.

I was told that if anything, the whaikorero part of the pōwhiri was exactly the place to raise any controversial issues and get into a meaty argument. You’d think that if people have carte blanche to abuse and insult a dead person in their coffin, a bit of verbal argy-bargy about politics would be completely acceptable, wouldn’t you?

Lots of things have changed. In ancient times, we obviously didn’t sit in rows or even in chairs for pōwhiri. Koha wouldn’t necessarily fit into a tidy little envelope either.

At the end of the day, how those practices are run is completely up to the marae or hapū. And as my mate Amiria says: “Whoever is in charge of the marae on any given day, ultimately calls the shots.”

“I believe our people are so involved now with different political parties that their allegiances too often colour the discussion and sometimes even undermines tikanga,” says Kingi, sadly. “I hate to say it, but I think tikanga and kawa are gone.”

As far as Scotty is concerned: “While kawa doesn’t change, the tikanga or practices are constantly evolving.”

Yes, the rest of us may roll our eyes and drop our lip when things don’t go our way. But even if we don’t like how a particular marae or hapū runs the show, it is their show. They have the mana whenua. That’s what tino rangatiratanga is all about.

Good theme for a poi…