Chris Finlayson: Co-governance should be embraced — not feared

Chris Finlayson, when he was Minister for Treaty of Waitangi Negotiations, at Waikawa Marae, near Picton, in 2012, during the signing of a deed of settlement for Te Atiawa o Te Waka-a-Māui. (Photo: Scott Hammond/Stuff Ltd)

Some people have been busy lately stirring up public alarm over the supposed threat posed by “co-governance”, seemingly unaware that we’re already doing it and without the sky having fallen on us.

Maybe they should be talking to Chris Finlayson about what he learned when he was the Minister for Treaty of Waitangi Negotiations in a National government, from 2008 to 2017 — and why he sees nothing wrong with co-governance and sharing power with Māori.

“Co-governance” has become a term that people don’t understand. They think it means co-government.

People who are frightened by co-governance think they’ll be locked out of access to our natural resources, for example. When what it really means is that involving iwi in a myriad of decisions can actually result in a better country.

The people I call “the KKK brigade” are out there. They dream of a world that never was, and never could be. They are the people — and these words aren’t mine but are taken from a former British foreign secretary — that you can call the “sour right”. They don’t really understand tangata whenua. They don’t like change.

There are always going to be people like that, and you have to be reasonably charitable towards them for a while — and then just ignore them and get on with things.

A decade of my life was spent on Treaty settlements. I think many people would be a lot more sympathetic toward the notion of co-governance if they learned the things that I was able to learn as a public official in that role.

Once you’ve read the factual concessions by the Crown, read the apologies, you begin to realise the wrongs that have been committed. You begin to get a good understanding of the facts.

The Crown promised to protect “the unqualified exercise of . . . [Māori] chieftainship over their lands, villages and . . . treasures”.

But it not only failed to perform that obligation — it went out of its way to breach it. We must acknowledge that failure and that breach, and remain committed to putting things right.

My perspective on how to put things right is fundamentally a centre-right one. It asks the question: Why does the government think it knows best? The government makes heaps of mistakes. I was in there for years. I saw; I know. So, I don’t think that government has all the answers, and I agree with Ronald Reagan that, so often, government is the problem.

If you apply this to the history of our land, the question becomes: Why should the state be the one to control everything? Why can’t there be principles of sharing power?

I think that “Treaty partnership” may, in fact, be a better term for the concept of co-governance. Because it reflects the reality that there are longstanding historical links that tangata whenua have with our natural resources.

Take the Wanganui River, for example. Iwi stood on the banks and watched their eel weirs be destroyed, watched hydroelectric developments harm the river, and watched farming practices pollute the water. They saw all of this, and because they have a fundamental belief that “I am the river and the river is me”, they had a duty to do something about it.

That’s where the whole idea of a Treaty partnership in relation to a particular natural resource comes in. I see absolutely nothing wrong with that.

For those who say that we’re going way beyond what was anticipated when Treaty settlements started, I’d say that’s quite wrong.

When the first of the big settlements was signed in the mid-1990s, which was Waikato-Tainui, it dealt with the issue of raupatu. But the Settlement Act very clearly signalled that rivers and harbours would have to be dealt with as well.

What did people think was going to happen? It had to be about power-sharing, and that’s what we got with the Waikato River Authority.

Te Urewera is another obvious one. The links between Ngāi Tūhoe and that land are intense and profound. A national park was created there in 1964 without any consultation. It’s preposterous to think that was ever a national park, and not the rightful lands of Tūhoe.

As soon as Tūhoe assumed administrative responsibility for Te Urewera, there were people who looked for faults. They said that birdsong had decreased, or there were issues with trapping or with maintenance, or whatever. But there are problems there that predate Tūhoe’s administrative control by a long way. So, it will take time. There will be challenges.

The second point is that Tūhoe does have a different worldview and they are looking at the area in terms of their tikanga. So, we can’t immediately assume that 1080 will be dropped all around the place, as was the practice before. They may have different methods, and we need to have a generosity of spirit and the flexibility to recognise there may be other approaches.

I prefer not to be critical of the Department of Conservation in that situation because I think they’ll get there. But, in general, I do think that agencies of the Crown have to recognise that the circumstances have changed. Agreements have been entered into and they are obligated to uphold those agreements.

They may not personally like them. It may create more work. No one ever said it was going to be a piece of cake. But this is part of a new way of doing things. The landscape has changed. They have to get on with it.

The idea that power can be shared scares some people. Whereas, my attitude is, if central government has failed in so many areas, which it has, and if there are different ways of looking at issues that involve bringing iwi into decision-making, or handing over decision-making, then let’s give it a go.

Look at the reserve land around Lake Ōkataina, for example. It was transferred to the Crown around 1910 to be held as a scenic reserve. If we look at that transfer from first principles, we would question the reasons behind it. Why does the Crown need to hold that land? Why can’t iwi hold it? I just see no problem with that concept.

I’ve been thinking about Joe Hawke because of his passing. I remember having a long chat with him where he was telling me about his relatives who once owned all of Paritai Drive — not even going too far back in his history. And he, of course, led the magnificent protest in the 1970s, and that did start to change things.

Anyone who thinks that Treaty settlements are commercial deals which are done and dusted has it wrong. There are ongoing commitments and undertakings in our settlements that have to be honoured, otherwise they won’t be durable. My perspective is that our post-settlement commitments have to be a matter of law, so that the settlements create a relationship which continues into the future.

We all stand to benefit from relationships which share responsibility. I was the minister who authorised the inquiry into the Havelock North drinking water disaster, where four people died and thousands became sick.

There were some really fundamental things that didn’t happen when that event took place. Ngahiwi Tomoana from Ngāti Kahungunu told me that if someone had bothered to talk with the iwi, for example, they could have provided critical answers in a number of respects to that issue. They held a lot of local knowledge that could have been tapped into.

For a current global example, I look to North America and the Clean Water Act which treats eligible Indian tribes as equivalent to states. There’s just nothing to fear in that arrangement.

I’d like to see iwi more involved in a wide range of activities in the state, and for that to be accepted as good and natural by the population generally.

There’ll be some areas where central government must have predominance. I think national security and intelligence services are for the state, or the Crown, to exercise power. But there are many other areas where the principle should be adopted that the state need not be involved, or should have lesser involvement, or can share power.

I find these days in central government that there are many people who have learned a few mihi, can do a karakia, or can sing a waiata, but they still don’t truly get it. They’re obsessed with the form but not the substance. While those superficial things may help people feel good, they don’t capture what is required for our future.

I will continue to talk about co-governance as something to be embraced, not feared — and some people won’t like it. Bad luck.

We must be interested in, and talking about, the substance of power-sharing to make sure that we are continually breathing life into our Treaty and our agreements.

Chris Finlayson QC is a New Zealand lawyer and former National Party MP. He was Attorney-General and Minister for Treaty of Waitangi Negotiations from 2008 to 2017. In 2014, he also became Minister Responsible for New Zealand’s two main intelligence agencies. He left parliament and politics in January 2019. 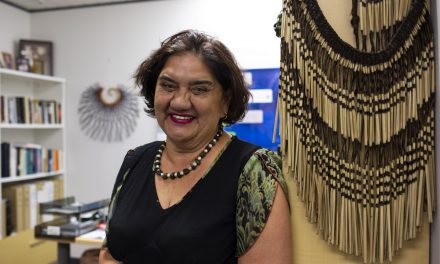 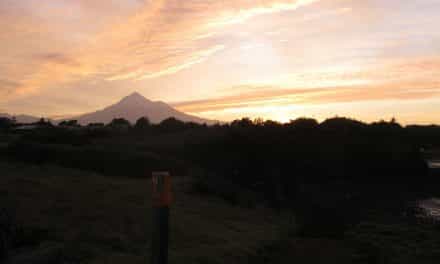 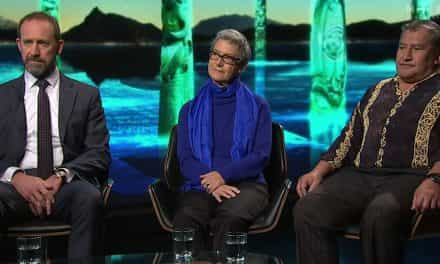