Brown were in town. We were on a high. Hope was in the air. 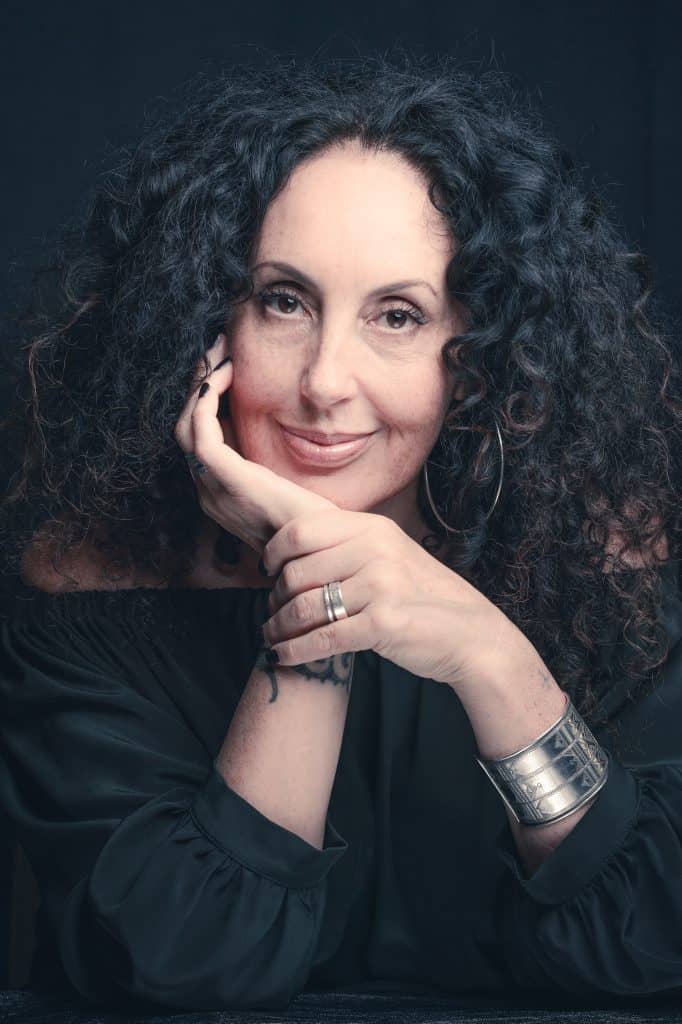 Thirty years ago, at Aotearoa Radio in Papatoetoe, we had the biggest radio show in town. One of the sizeable components was Maui Dalvanius Prime who, a few years earlier, had teamed up with Ngoi Pewhairangi and the Patea Māori Club and given the world Poi E.

But his role at Aotearoa Radio was to join another hefty bloke, Paora Ropata, and front the Big Big Breakfast Show. One of their habits was to fantasise on air about food — which sometimes led to cheerful fans rolling up and waving smoked fish at them through the studio window.

They’d smack their lips and boom an approving: “Kia ora!”

That’s where I made my start in broadcasting. I hosted a weekly music show with singer Truda Chadwick. We played whatever we wanted — records by our mates, Wellington reggae bands, and weird stuff from Dunedin. All sorts.

Initially, Aotearoa Radio had just a short-term warrant. But that was enough for us. Brown were in town. We were on a high. Hope was in the air.

Most of us had little idea about what we were doing. Our equipment wasn’t state of the art, either. But we were one up on our Pākehā counterparts because we were experts in, and relished, being Māori.

So where did all that excitement and momentum go?

With the benefit of hindsight, some of us can see now that it’s been the continued emphasis on preserving te reo Māori which has helped stymie the development of Māori broadcasting. Then there’s the miserable funding which sees a fragmented Māori media sector expected to achieve great things on the smell of an oily rag.

But we weren’t too worried about those problems when the brown genie was let out of the bottle. It all seemed to be working so well.

We had actors and singers and activists moonlighting as presenters. Temuera Morrison (Once Were Warriors, Aquaman) and Jay Laga’aia (Star Wars) were hosting the breakfast show during my time. We had singers, including George Bennett, Aroha Anderson and Hinewehi Mohi presenting shows. Pio Terei got his start on Aotearoa Radio. Willie Jackson had his own sports show, and Kirk Torrance, who’d been a flash swimmer back in the day, had a programme too. There was Syd Jackson with his Liberation Talkback. And so many others.

Then, among the bevy of mostly amateur broadcasters there, I found myself fronting the first Māori daily talkback show in Auckland. Four hours each weekday for two years.

And, as you’d expect, that had its moments. Like when I called out Winston Peters on what I thought was some rubbish he’d been spouting. He denied he’d said it. Denied it vehemently. Multiple times. Insisted that I should apologise to the listeners.

I pulled out his speech, with the incriminating quote, as evidence. But he barely missed a beat. With a twinkle in his eye, he replied: “But what I really meant, Moana, was …”

Too good for me, I thought.

Later, after an online death threat (“I’m going to kill you, you fuckin’ bitch”), I resigned. We didn’t have a four-second delay in those days. “That’s not very nice,“ I stammered, as I shoved a song on. The next caller was on my side. ”Are you okay, dear?”

But the truth is that I was over it. Without the researchers and producers that are the norm at mainstream stations, it was hard to maintain your mojo.

The station closed after eight years. MUMA and Te Whānau o Waipareira negotiated for the frequencies, bought the equipment off Aotearoa, and that was the beginning of Radio Waatea and George FM.

Over the following decade, I’d host radio shows at Radio Waatea, make the odd series for the iwi radio network, and do a bit of telly at TV3 and the short-lived Aotearoa Television channel. I also joined Dr Ropata at Shortland St for a year and was a guest commentator on the current affairs programme The Ralston Group.

In more recent years, my partner, Toby Mills, and I have been making documentaries in Māori and English. I’ve kept a proud eye on the work of my son, Kimiora, at TV One’s Marae. I’ve tried my hand at writing for E-Tangata. And I’ve recorded songs that plug into radio, TV and online platforms.

So I have more than a passing interest in the Māori broadcasting stocktake that Nanaia Mahuta, as the Minister of Māori Development, has told Te Puni Kōkiri to deliver. Not sure what TPK knows about broadcasting, but let’s park that for now.

There’s been so much going on in radio (with the 21 iwi stations), and television (especially since the Māori Television Service was launched in 2004) — and, lately, on the internet — that a review is well overdue.

But let’s not count on anything revolutionary coming out of this particular stocktake. That’s because it’s not going to the heart of the problem, which is the hare-brained notion that the primary goal for the Māori media is preserving and promoting the Māori language.

Of course, the media — and that’s not just the Māori media — should play an important role in revitalising te reo Māori. But the key responsibility of the Māori media is to do what the media in any civil society should be doing. Informing. Educating. And entertaining.

In Wales, schools have to step up for their indigenous reo. Not so in Aotearoa. Every iwi station is required to deliver a daily quota of 10.5 hours of Māori language content, while Māori Television must dedicate 51 percent of its prime time to te reo.

If they want their annual funding, Māori broadcasters have to attract, engage and grow an audience — while prioritising the few who can hold a conversation in Māori.

My ten-year-old daughter can hold a conversation in Māori, but she’s much like every other kid of her generation. She’s on YouTube, Tiktok, Instagram and whatever. Not a lot of reo going on there. But it’s online. Interactive. Engaging. Relevant.

Even with those distractions, there’s progress and much to celebrate.

Just this week, on Waitangi Day, Kiko were on stage at Hoani Waititi marae performing completely in Māori. Rangatahi on site were confidently interviewing artists in both languages while Radio Waatea broadcast live. Hiku Media was livestreaming from Waitangi and Māori Television was at both events.

But if we want to normalise te reo, it can’t be left up to the broadcasters, production companies, and musicians to do all the heavy lifting.

I’m good with any review or analysis that can point us towards a way to make te reo more appealing and more available for all of us who want to embrace the language more and more. And, if the TPK stocktake comes up with a number of ideas and moves to boost te reo Māori, let’s celebrate that.

But working out how the New Zealand media should be covering Māori issues and Māori priorities in English is quite another task — and one that is far more urgent.

As it stands, the mainstream media is too Pākehā and, apparently, too uncommitted to provide that coverage — and the Māori media is much too fragmented and underfunded to step up.

Māori journalists need the funding, the training, and the experience to give enough voice to our Māori stories and issues so that all New Zealanders can share and come to understand that part of Aotearoa.

Mainstream media needs to be held to account. And, sure, there have always been individual Pākehā champions and mentors. But an enlightened mainstream media would have pushed for significant institutional change within its own ranks long ago, to enhance access to the Māori voice. It’s hard for Māori not to think that after all these years, and despite gains, we’re still talking among ourselves.

So there are major issues that are getting only sporadic attention. High on that list is the need for more reo Māori teachers and teaching resources. Likewise, there’s the need for all our schools to be teaching our country’s history as well as an understanding of Te Tiriti. It’s time, too, that there was some real pressure on our politicians to stop fluffing around as if insisting on minimum standards is beyond their powers. So, good on the New Zealand History Teachers’ Association for keeping on the case.

In the lead up to any election, we can all see that the politicians recognise the role that the media plays in shaping public opinion. So it shouldn’t be a great leap for them to recognise that, for generations, our mainstream media has been shaping public opinion about Māori — and often doing a damaging, ill-informed and unprofessional job of it.

There’s a heap for the media to do if we’re ever going to have a society where Māori and non-Māori understand each other. And that task is especially important because so many non-Māori (Pākehā in particular) have so little Māori contact that they’re not learning anything on a personal level in their day-to-day lives. The media may be their only source of Māori information and views.

Overcoming that problem is a huge challenge. And it’s a far more important issue for Jacinda and her ministers than the TPK stocktake of our reo broadcasting. 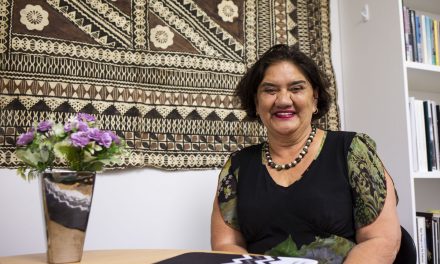 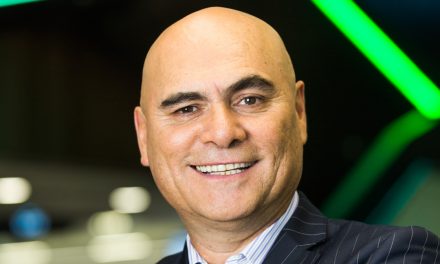 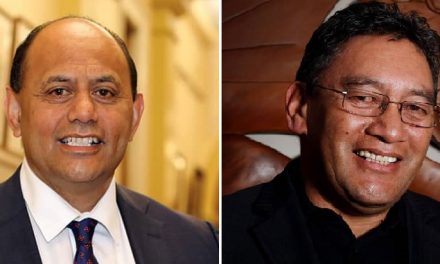