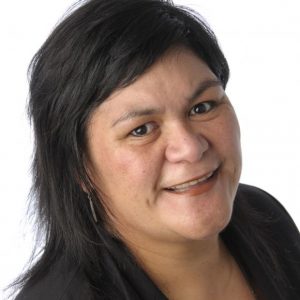 Where did your mum and dad get together?

They met in Dunedin where he’d just got back from serving as a soldier in Malaya. He’d left school at 15, he’d lied about his age to get into the army with some mates, and now he was working in the railways.

Mum, who was from the north, was at Otago University doing a physiotherapy course. But when he made his moves on her, she pretty much told him he’d have to get an education if he had marriage on his mind.

So he got serious about getting an education. First he went to night school, then university in Auckland, and he spent a couple of years doing a PhD in the UK at Oxford.

What was your mum’s background?

She grew up on a small farm at Karetu near Kawakawa. Her mum, Maria, looked after the farm and the gardens — and her dad, Hamlin Edmonds, worked on the roads. My grandmother was a God-fearing woman with strong values. You worked hard and treated people well — and with respect.

As kids we’d spend time up there. That’s my older brother, Tukaroto, and my younger sister, Tipa. I caught my first tuna in a stream up there.

My mother was Eliza Raiha Edmonds and she was one of five daughters.

She told me her first job, her first paying job, was house cleaning when she was eight. That was for a shilling. That would get her a bus ride and into a movie in Kawakawa, and leave enough for something pretty for her sister, Susie.

Then, because she was pretty good at tennis, she got a scholarship to Queen Vic in Auckland. After that, it was on down to Dunedin to do physiotherapy.

He was born in Maniapoto, in Te Kuiti. His mum was a first cousin of King Korokī. And the story is that Korokī adopted him virtually at birth. He came and took him as his son before he was even a month old. Robert Te Kotahitanga Mahuta.

He grew up on the farm near Waahi Pa, went to Rakaumanga Native School — but then Te Puea decided he should go to Mt Albert Grammar School in Auckland. He didn’t take to that though. So he ran away … which led to words with the old people.

But he still left MAGS when he was 14 or 15, and an uncle landed him a job in a Huntly coal mine. He used to clean the coal shutes.

How did he manage the switch into the academic world?

Well, in the early years in Auckland, when he was doing night school, Hoani Waititi was a big influence. And he got his School Cert when he was 23. Then, at university, when he was doing his bachelor’s and his master’s degrees, there were other people who had an influence. Hugh Kawharu was one. And Patu Hohepa, Merimeri Penfold and Bruce Biggs.

For a while he had small lawn-mowing business. Was a freezing worker too. And, of course Mum worked as well. She always was a working mum. Had us three kids and carried on. So they managed.

Then we were off to Oxford so Dad could study for his PhD.

What do you remember of those days?

The snow. That’s my main memory. I was only five or six and I recall all the whiteness and thinking: This is what heaven looks like. I remember the meals at school over there too. And eating lots of green bananas because Mum and Dad had such a multicultural circle of friends — and some of the Africans enjoyed green bananas.

Then there was a visit from a St Stephen’s School party. Scotty McPherson was the headmaster at that time. And one of the boys was Shane Jones — or so he reminds me.

But then we heard that Pei Te Hurinui Jones had passed. And Dad said: It’s time to go home. So, after just two years there, we packed up and came home. Pei had been leading the raupatu claim and Dad felt a responsibility to carry on that work. Felt a responsibility as well to repay the old people who’d passed the hat around to help make the Oxford experience a reality.

What was the next step for you after you came home?

More school. At Hamilton West, then Rakaumanga and, finally, Waikato Diocesan where I boarded for five years. Dio was the decision of my aunty, Te Ata, who’d been there herself as a girl.

But for me it was agonising. There were 376 girls, and all but a couple of dozen were Pākehā. From very conservative backgrounds. Many from farming families with not much time for — or appreciation of — things Māori. Or any difference. But I had the resilience to survive — and I tend to like those school years more these days when I look back.

The important influences on me, though, came from the Māori communities I was part of — where you worked together and you played together. It was the work (like in the kumara gardens) and the sport that united us. Playing rugby league and netball. It was that kind of community.

You grew up with a sense of social responsibility — and respect for your culture.

I opted out of Dio after the sixth form and did seven intermediate law papers at Waikato University. Passed only four of them though — and I was told that I had too many relatives there for me to be able to focus on my studies.

So I moved on to Auckland University, settled on social anthropology, got my bachelor’s degree, did a master’s too, did some tutoring as well — and helped pay my way by working for the IHC as a cleaner. Was also a part-time research assistant and part-time librarian.

When did you link up with the Labour Party?  And was that at your dad’s prompting?

No. My father wasn’t that hot on me getting into politics. It wasn’t at his instigation at all.

It was partly because I’d heard Helen Clark at an Owairaka Labour Party branch meeting, explaining how politics can make a difference. That resonated with me.

Then, when Koro Wetere was about to retire from parliament, he rang me to see if I might consider standing in his seat. He even sent his secretary, Henry de Thierry, to sign me up as a Labour Party member. That’s how things got started.

Dad didn’t play any part in that. In fact, he was always dead against making a big deal of your connections. For him, the important things were your character — and what you do.

Have you been stung by any of the criticism of your dad? Like the suggestion that the Tainui deal was way under-sold with reparation at no more than two cents in the dollar.

No. I knew he was strong enough to weather that. And we can savour how Tainui have turned the $170 million deal into a $1.1 billion operation that’s still growing exponentially.

All through this, Mum was as solid as a rock too. She always had the smarts. She was the intellectual powerhouse behind whatever Dad put his mind to. She was behind him, beside him and, if need be at times, in front of him.

Dad’s strength — and his real schooling — was from the school of life. He wasn’t afraid to buck the system. Or buck convention and expectation. His strength came from unseen things.

Where has your own political inspiration come from?

I had the privilege, as a child, to be close at hand with great leaders. They would stop by at our home to visit — and unload. And that was a transformational period. There’d be Matiu Rata for example. He was a frequent visitor. And John Rangihau. There were the big issues. The Hui Taumata. The Hikoi to Waitangi. The Waitangi Tribunal.

I saw how people with ideas and commitment can make things happen.

Has motherhood changed you?

It’s the best thing that’s happened to me. It’s broadened my perspective. It’s made me a better person. It’s rounded off some of my rough edges, I think.

Gannin and I have three children. Ormsby, my child in spirit. And a five-year-old son, Waiwaia, and a daughter, Niua-Cybelle, who’s nearly two.

We’re a blended family because Gannin has four children from a previous relationship. And he brings life experience and a strength that’s really valuable.

What made me settle on Labour were the experiences in my community after the Roger Douglas “reforms” in the 1980s. There were so many job losses and houses sold and other things that really hurt my community.

I grew up hearing Koro Wetere promoting what Labour stood for — and yet here were these “reforms” being carried out by Labour. I thought: “Hell no. There’s got to be a better way.”

I’m solid on the Labour Party becoming, once again, what it should always have been when it was at its best … and that it should become even better.

Those Roger Douglas “reforms” in the 1980s really hurt our communities. It was the Labour Government making those “reforms”. But that really wasn’t Labour in action.

Labour has a lot of ground to make up after those policies changed the way ordinary people started to see the party. I’m still with Labour because I know we’re better than that. We can achieve much greater equality — and have an economy and an environment that make this a better country to live in.