Neville Baker: The answers were there in 1988 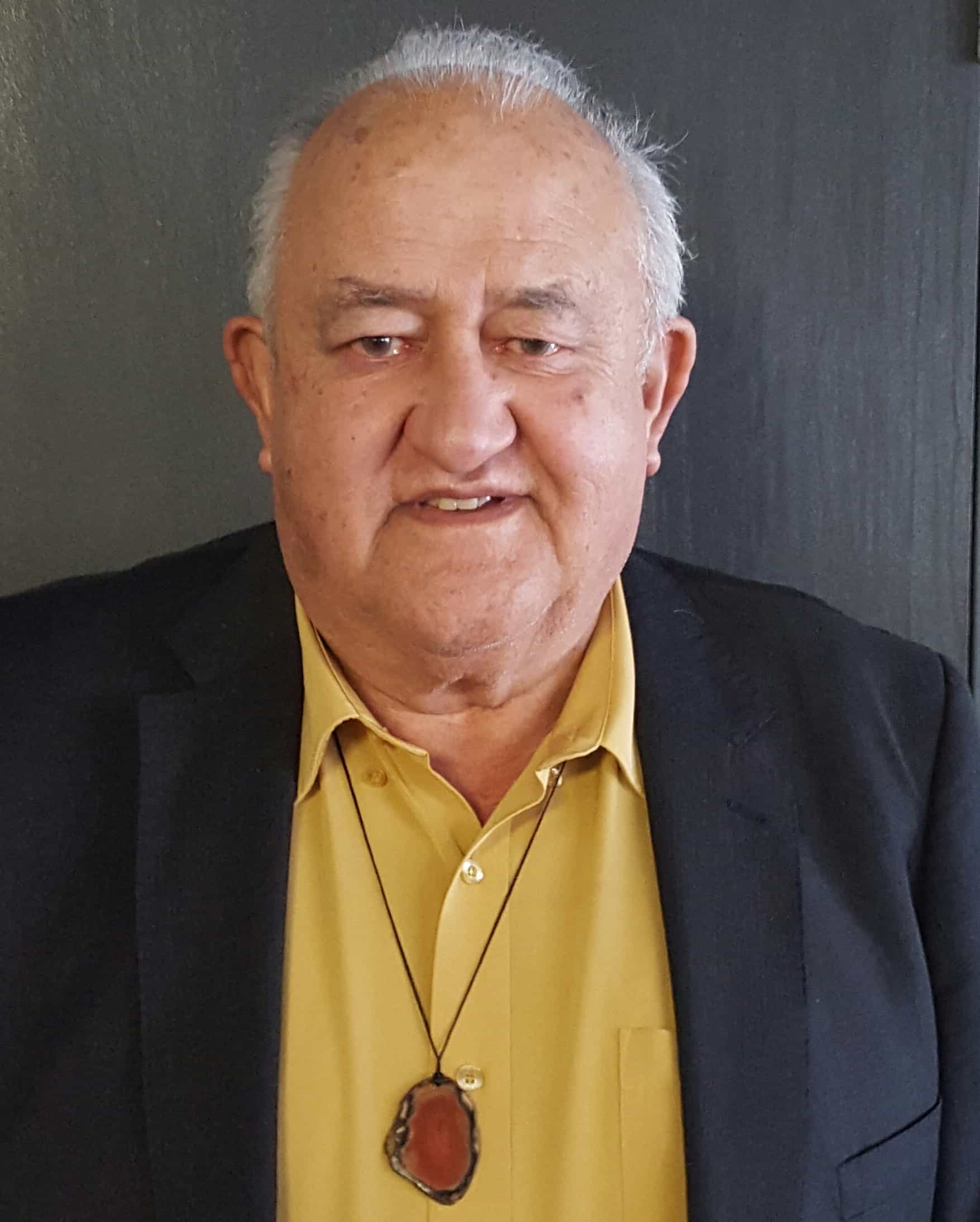 Back in the 1980s, two Labour Government ministers — Anne Hercus (Social Welfare) and Koro Wetere (Māori Affairs) — agreed that it was time that Māori began to have a fair go in the social welfare system. So they set up a high-powered group to look into what was going on, and to report back with their findings and answers.

John Rangihau, a Ngāi Tūhoe leader and a formidable figure in New Zealand education, was the chair. And the other members were Emarina Manuel, Donna Hall (who was a young solicitor with the Department of Social Welfare at the time), Hori Brennan, Peter Boag, John Grant — and Neville Baker, who was then head of community affairs at the Department of Māori Affairs.

They presented their report in 1988. It was called Pūao-te-Āta-tū, “heralding the light of the new dawn.” And it was praised for its thorough research, its insights, and its sheer common sense.

There was a feeling that this would bring about a revolution in social welfare, especially because of a long-absent but newfound respect for Māori values and Māori  knowledge being embraced within the system.

But recent events at Oranga Tamariki suggest that any such revolution is still some way off.

This week, on Radio Waatea, Dale Husband asked Neville Baker for his impressions about that 1988 report — and the failing, so far, of Oranga Tamariki to put things right. Here’s a condensed version of that discussion, with Dale initially wondering whether the original report was ever acted on.

Kia ora, Neville. Oranga Tamariki is the organisation under scrutiny at the moment, as we watch our pēpi Māori being uplifted — and seeing them being taken much more often that most of us had realised.

But, back in the 1980s, it was the Department of Social Welfare which had oversight of this part of our society. And that’s the department you looked into when the original Pūao-te-Āta-tū report was being put together. But here we are, three decades after its release, and it looks as if the report’s 13 recommendations haven’t been adhered to at all.

No. The situation today is no different from what we found 30-odd years ago.

It’s a recurrence of the mistake that government departments keep making — and it’s not just with Oranga Tamariki. It’s the belief among social service officials that they don’t need support or advice from our people.

A key thing with Pūao-te-Āta-tū was that we recommended that each district of the Department of Social Welfare should put together a team from the Māori community to be part and parcel of the decision-making in that district. In some instances that happened, but in others it didn’t.

We were tasked with taking a look at how Social Welfare was performing nationally, so we had hui on 65 marae around the country — and we met with each Social Welfare entity in each region. And it was pretty clear to us that there was a disconnect between what they were doing and the direction that Māori people were hoping to go.

At that time, John Rangihau was promoting the concept of mātua whāngai along with the idea that a Māori child doesn’t belong to the nuclear family. The child belongs to a group of families, a hapū — and each hapū is part of a tribal entity that has overall authority and leadership as well as the ability to give advice about the care of Māori children. And I don’t believe that it’s any different today.

And the way you stop that is to change who makes the decisions at the community level, so that Māori take control from the government agencies and make the decisions about what is affecting our people.

There’s also been a gap in the settlement process. There’s been land handed back to iwi in response to some of their land grievances. But the resources for managing and controlling our people within Corrections, Social Welfare, and other social agencies, have stayed within the government.

So that needs to be rectified — and that could be done by allocating to Māori the resources to enable them to play that role.

If we hark back to the Hunn Report in 1961, we had this “we know better than you” Pākehā attitude throughout the government departments. And, nearly 60 years on, there’s still this prevailing patronising view, as we can see in Oranga Tamariki and as there was in the Department of Social Welfare.

Well, it goes back further than that. If you have a look at the old legislation that covered child welfare in the early days, you can see that it was a result of the British Poor Law. It was a British way of dealing with poverty. And it came through the industrial schools to Dunedin. They were actually putting people into poverty and saying, once you’re there, we need to control you. What we’ve got today has those origins.

There’s another point that comes from some of the changes that the government made when it was mainstreaming the work of Māori Affairs. It’s clear that once housing and other functions were mainstreamed, you can see that we’ve gone backwards. It hasn’t worked for Māori.

And the evolution of the welfare side of Māori Affairs was another very positive approach that hasn’t been introduced properly into places like Probation, or Social Welfare, or Corrections, and other agencies where we once had staff within Māori Affairs. They were men and women who had the links and the expertise to look after the interests of our community.

So the government has got a big job to review and understand what they’ve done in the past. What particularly bugs me is that Roger Douglas and Richard Prebble decided to do away with trades training because, so they argued, it was too expensive.

Since then it’s been more expensive to keep our people in jail than it was to run trade training courses. So, when you reflect on some of those bad decisions, you can see that today’s politicians need to discover how to work closer with Māori people. How to understand tikanga Māori. How to understand New Zealand. That’s what the job is now.

Thank you, Neville. But is there also a challenge for us to understand our people’s circumstances better? A challenge for our rūnanga and other tribal authorities? And for individuals too?

I think you’re right. It’s been evident in this recent Oranga Tamariki situation that a number of our people working in that organisation have become distanced from who they are as Māori people. They forget who they are and where they’ve been brought up. Instead, once they go into a bureaucracy, they start following the bureaucracy’s rules.

That problem is a management and a policy issue — and I think it’s something that leadership in the public service needs to have a good hard look at. If you want to employ Māori people, you should employ them because of who they are, what they represent, and how they can add value to your organisation, rather than you adding value to them by bringing them into your organisation.

What would you like us to do? What can we do?

There’s value in going back to Pūao-te-Āta-tū. You’ve got to go back sometimes to go forward. Not everything in the past was wrong. And in this case there’s available the exceptional expertise of John Rangihau and others.

You don’t feel that the work you were involved in more than three decades ago has been a wasted effort? Now that we’re looking at this all these years later it must be tempting to say: “Hey. If we’d done what the report was recommending back then, we wouldn’t be in this position now.”

Well, it would’ve been different now. But we do have some advantages because, in the course of the settlement process, we now have more tribal leadership and there’s been   the registration of all of our beneficiaries and members coming into the tribal structures.

I mean, there are some very good things happening around the country with wānanga and kōhanga reo and many other community structures working for the interests of our people.

They need funds, they need resources and they need more trained people. But there’s a recipe there for change, for development, and for us to be in a better position. So I’m confident that what we now have in Māoridom is a resource that can lead us into a better future in the next two or three generations.

If we stand tall, I think we’ll get there. So kia ora.

Neville Baker (Te Ātiawa, Ngāti Mutunga) is a former deputy secretary of Māori and Island Affairs. He joined the Department of Māori Affairs in 1961 and played a key role in many of its initiatives, including mātua whāngai and kōhanga reo. He has held many senior roles, both in and out of the public service, including Māori Trustee, director of the Waitangi Tribunal, director of the Māori Land Court in Whangarei and Hamilton, chief executive of the Taranaki Māori Trust Board, chairman of Te Rūnganui Waiwhetū, and chairman of Port Nicholson Block Trust. He is still consulting and providing advice on Māori and social policy, among other things. 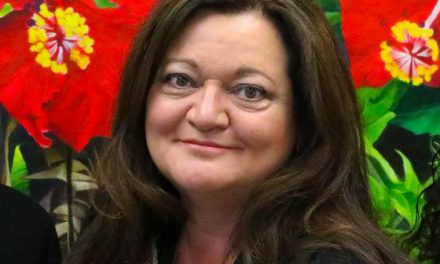 Debbie Sorensen: Whānau Ora is working for our communities 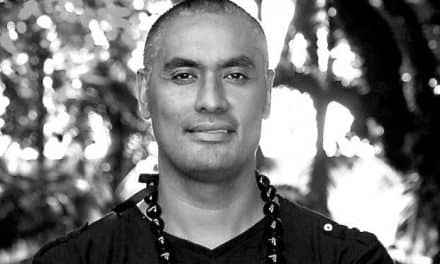 Igelese Ete: From ‘just a bunch of chords’ to Moana and beyond

Morgan Godfery — politics is in the blood 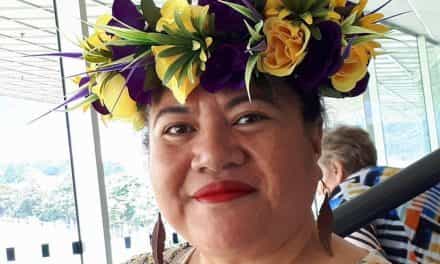 You shouldn’t forget where you come from