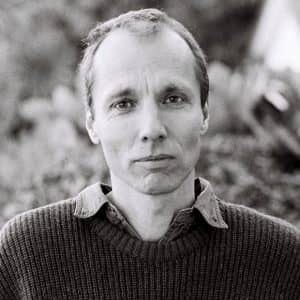 I live in an increasingly Polynesian country. It is part of who I am, and I think a big part of where we’re going as a country. But not everyone sees it that way. Some people have a very different view of what sort of country this should be.

Years ago, I had an experience that started me thinking about living in a Polynesian country. I was on a trip to Melbourne and Tasmania speaking to audiences after the publication of a book I wrote called The Hollow Men.

I’d been to Australia before, but on this trip I had a feeling of unease right until I was boarding the plane to head back to Wellington. As I stood in the departure queue, there were finally brown faces around me again, lots of them, New Zealand faces, and I felt a huge wave of relief that I was going home. It was a strong feeling that has stayed with me since.

It is not surprising those things were on my mind after finishing The Hollow Men. I started researching the book in January, 2004, after the National Party leader Don Brash gave his notorious Orewa speech.

Māori were getting too many special privileges, he claimed, and this risked tearing our society apart. It was a speech laced with insults, distortions and untruths, but it lifted the National Party in the polls for years afterwards.

I come from a family that believes racism is one of the great evils. My father grew up in Austria under the extreme racism of the Nazis, escaping as a refugee to New Zealand in 1939, just before it was too late. My mother grew up in East Africa and likewise came away believing that all people deserve respect. It felt very important to me to expose what Brash and his advisors had done.

Brash claimed publicly that he had made the speech reluctantly, driven by a sense of responsibility for the good of New Zealand. Other people said he was a millionaire banker cynically using racism for his own political gain. It took me two years to find sources inside the National Party willing to leak internal documents showing the real motives behind the speech.

The investigation into the Orewa speech is a good example of what can be achieved by research and investigative journalism. I would eventually be able to show, step by step and in their own words, how the National Party deliberately planned the speech to stir up racist feelings for the purpose of lifting Brash’s poll ratings.

The leaked documents proved for all time just how awful and cynical the motives behind the speech had been. If you are interested in this piece of our history, you can read the whole gruesome story in chapter five of The Hollow Men.

The current leader of the National Party, John Key, fully supported Brash’s Orewa speech at the time. I don’t think Brash or Key would ever see themselves as racist. I think they just didn’t care. They live in a very different New Zealand from most New Zealanders.

They represent a section of society that doesn’t relate much to the things that, I think, define our country. These include a love of the outdoors, nature and wild places. Tolerance and generosity, including to strangers. Our music. Our humour. Our art. Our disrespect for class and pretension. And, a very important one, a long tradition of independence and anti-militarism, dating back to experiences of the First World War and earlier.

Another book I wrote, called Other People’s Wars, is about New Zealand’s military and intelligence agencies during 10 years of the Afghanistan War. It describes a great, long-standing clash between the two New Zealands: that increasingly Polynesian New Zealand I see around me, which likes the nuclear free policy and prefers peacekeeping to joining wars — and the other New Zealand that wants, more than anything, to be seen as a loyal ally of the Anglo-American powers.

One is happy being here in the south of the South Pacific. The other would probably be happier located somewhere closer to centres of finance and power.

At the moment, we have a government that prefers the loyal ally role, militarily and economically.

But I believe history is on the side of the other New Zealand. It is already supported by most of the public, most academics, most artists, musicians, writers and community leaders and, strikingly in every opinion poll, by young people.

This Polynesian New Zealand is up against powerful interests. But, as I said at the end of Other People’s Wars: “National beliefs and national identity, the mysterious sum of all the parts, are, in the long run, more powerful forces.”

Nicky Hager is a journalist and author based in Wellington.
© E-Tangata, 2016