Finding my taha Māori through Matariki 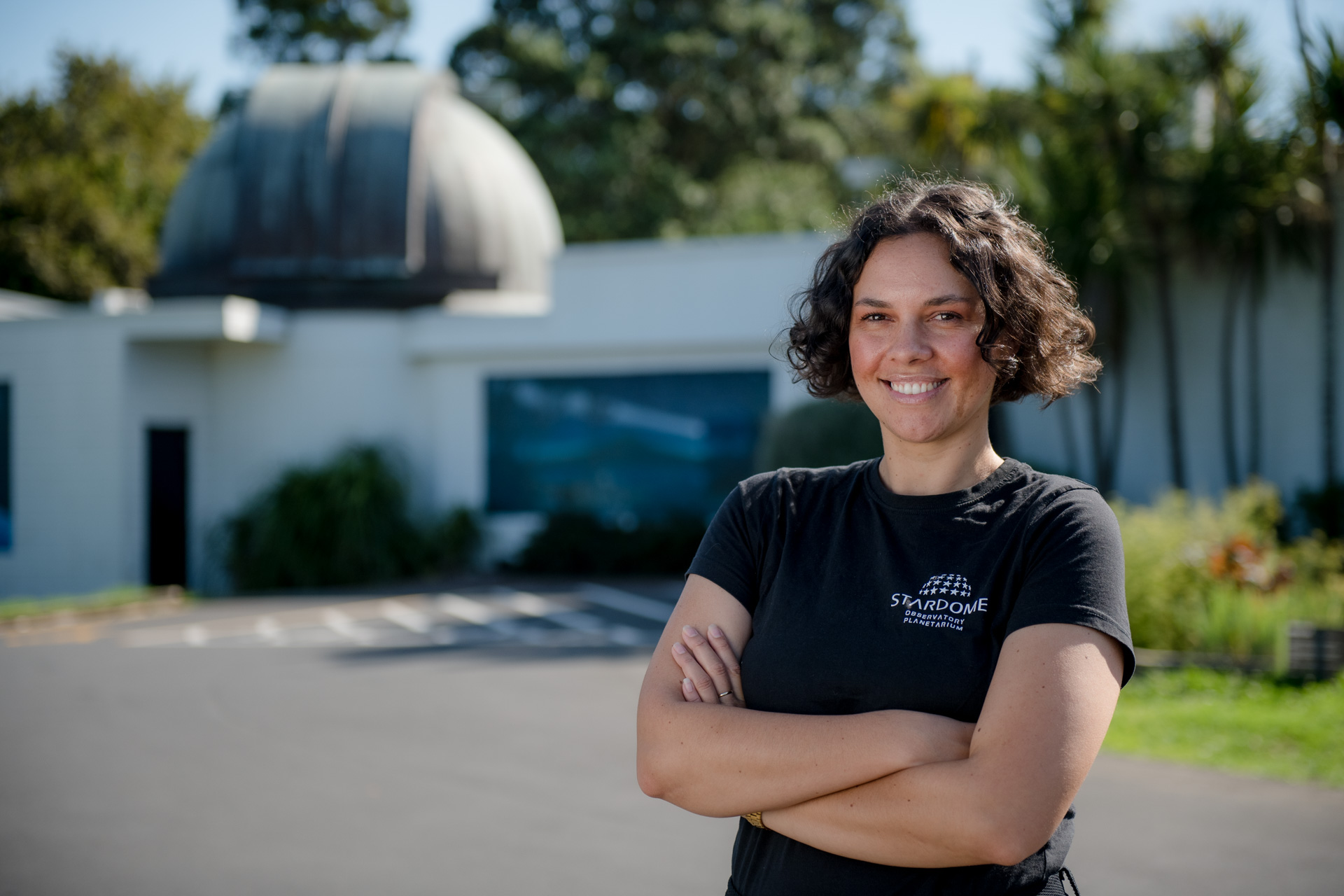 As a teenager, Olive Karena-Lockyer knew it was important to be involved in te ao Māori. But it wasn’t until she learned about Matariki and the maramataka that she found her way in.

I’ve always been fascinated by the night sky, purely because it’s so beautiful. When I was growing up, it baffled me that the people around me were never interested in it. There’s this vast expanse above us, full of beautiful shimmering lights, and nobody seemed to care.

After a long stint in hospitality, I decided to study environmental science, but what I really wanted was to learn more about the stars. So, I decided to volunteer at the Stardome Observatory in Auckland as a telescope operator. I didn’t know anything about astronomy, let alone Māori astronomy, when I started out.

But I slugged it out and learned everything I could on the job. And what I ended up learning about Matariki and the maramataka has changed my life.

I grew up Māori, but colonised — that’s how I’d put it. My grandad’s first language was te reo Māori, but he was rejected by his parents. My nana had a similar story, and so they both ended up finding more success and acceptance by adapting themselves to a Pākehā world.

It’s my mum who has the whakapapa Māori — my dad is Pākehā — and, as a child, I was very close to her side of the family. So, we were these little Māori kids running around west Auckland, but it was a very Pākehā upbringing at the same time, with Christianity being the dominant influence in my whānau.

In high school, there was a separate unit for Māori students which is where I was placed. I got bullied and had no friends. I felt like I could never fit in properly in a Māori space, and I didn’t fit into the Pākehā space either. In my teens, I knew that I wanted, and needed, to be involved in te ao Māori. But I just didn’t know how to do that. I felt left out, like I didn’t know enough, and I wasn’t Māori enough.

Finding this unexpected entry into Māori astronomy has been the way for me.

Twice a week, I’d come in to the Stardome Observatory to volunteer with the telescopes, keep my head down, and learn everything I could.

I had to sit through a lot of talk from people who didn’t care about mātauranga Māori. And, before the current CEO came along, the focus was just on western science.

But I found I was able to handle that environment. I grew up with my dad and his dad, and they’re awesome. But — and I want to say this nicely, and with love — they’re grumpy, old, white men. My dad is an incredible environmentalist and conservationist and he’s also a grumpy Pākehā. So, I knew how to manage that.

After I’d been volunteering for about six months, it turned into a job where I got to be the lead telescope operator. I did that for a year and then a position came up as a planetarium presenter. I chipped away at that role for a couple of years, continuing to develop my knowledge in astronomy, and still figuring out where I could fit in te ao Māori.

Then, in 2019, our new CEO, Victoria, took over. She was interested in, and supportive of, mātauranga Māori. In her first year as the boss, she offered me and the other Māori astronomy educator, Josh, the job of putting together a Matariki show.

We had the control and freedom to research and find out the kōrero about the whetū. I was nervous and not at all confident about being given that responsibility, but we had the advantage of being able to learn from Dr Rangi Matamua during the process.

Everything we found out just made sense to me. Like, how intertwined everything is in the Māori understanding of the world — and the principles of taking care of the natural world and each other. And it all came together with my interest in environmental science.

It felt like everything just clicked into place. Not necessarily in learning the names of the stars, but more about how the night sky is connected to everything else.

Mātauranga Māori is observational science. It’s about watching and listening. I started to notice what the moon phase is doing, for example, and the effect that has. I started to notice the birds. Outside at Stardome, in the summertime, I’ll hear the pīpīwharauroa. They’re not here right now because they’re in the Solomon Islands for winter. But, in the summertime, they’ll be everywhere. You never see them, but you’ll hear them.

I presented one of those Matariki shows to the Māori Women’s Welfare League, and they invited me to join one of their branches. And so now I’m the secretary.

Another thing that came about through presenting the shows is that I was invited to join Rikki Solomon’s maramataka classes. He’s an expert and he’s amazing. He uses the maramataka to help people with their mental health. He has a beautiful way of delivering information that makes you feel like you knew it all along. And that’s how my learning has really taken off.

These doors have just opened for me. Now I’m back in te reo classes, too, and I’m researching my whakapapa.

Trying to come into te ao Māori from other ways didn’t work for me. I felt so out of place. But this way, through Matariki and the maramataka, has been so appealing and so natural for me. It fits within a Māori mindset, too — where things happen as they’re supposed to, and you get what you need when you’re supposed to get it.

I’m not here because of what I studied at school, but studying science did give me the confidence to volunteer in the first place. I work at Stardome full-time now. It’s my job. I’m part of the operations team.

It’s amazing that Matariki is going to be a public holiday, but it doesn’t feel like enough. There’s so much more depth and richness to our kōrero, and much more to learn other than simply the stars of Matariki. I’ll be learning about it for the rest of my life.

I do pay some attention to the detractors who dismiss Māori science. I want to know what they’re saying because one of my goals now is to uphold the mana of mātauranga Māori and protect it from the detractors.

Being wahine Māori in astronomy is really rare. There should be more of us. I’ve met just one other like me so far. But when I have doubts, I think of Kuramārōtini, Kupe’s wife. Some of our kōrero says that she was the navigator, using the stars to discover Aotearoa. I’m fascinated by that.

So, even though I feel whakamā in sharing my story in this way, I also want to show my face and talk about my experience.

I want to show that wāhine Māori can be here in astronomy — and that we belong.

Olive Karena-Lockyer (Te Aupōuri, Ngāti Raukawa) lives in Tāmaki Makaurau, where she works as a planetarium presenter and educator at Stardome Observatory. 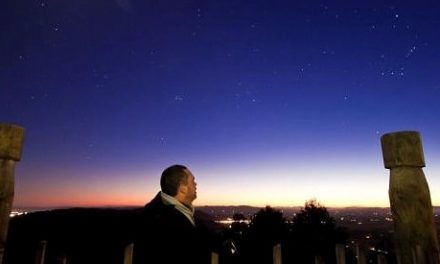 How Matariki will connect us all 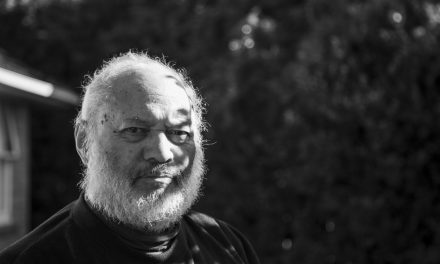 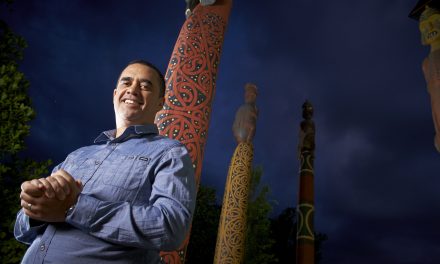