Why do we ignore the New Zealand Wars? 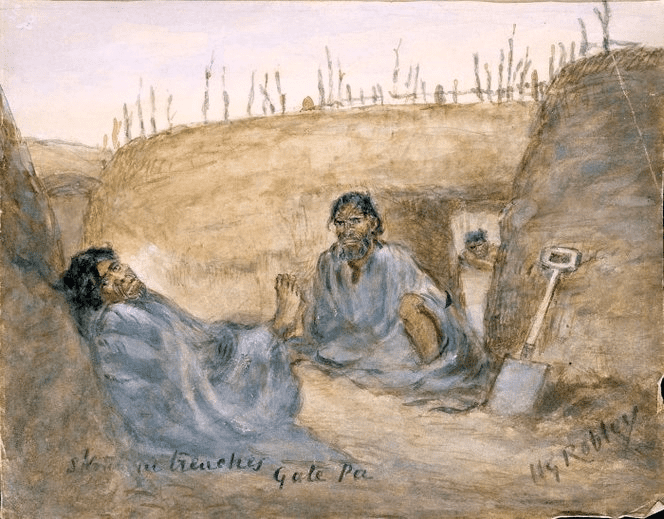 There is no shame in us pausing to grieve over the horrors and waste of human life in our overseas campaigns such as Gallipoli, but we shouldn’t be proud of the way we pay so little attention to the homegrown battles that shaped our nation.

No one has built a tomb of the unknown toa. We don’t keep a cenotaph for the defeated tauā. There isn’t an obelisk for great rangatira. And, while we build and care for monuments to the men and women who perished in wars on foreign soil, as well as dedicate a day to those who fell at Gallipoli, we continue to ignore the lives lost in the New Zealand Wars.

The nationhood myth, though, is misleading — maybe deliberately so — because it wasn’t a bitter defeat on foreign soil which forged modern New Zealand. It was the New Zealand Wars which did that.

New Zealand wasn’t like Australia, a vast and disconnected land which came together as a federation only in the early 20th century. Our nationhood really arrived before that with the war for control of the North Island. In eliminating the well-governed and well-functioning society which the Kīngitanga had built, the government could finally cement the foundations of the New Zealand state.

The ANZAC Day narrative has become a simple story of bravery, comradeship, freedom, and sacrifice. But the narrative for the New Zealand Wars hasn’t been shaped as clearly or as acceptably.  The truth is that invasion of the Waikato was a blatant land grab — Pākehā were never going to ignore the economic potential of Kīngitanga lands. And so the Crown soldiers who died in the New Zealand Wars died for Pākehā control over the indigenous people and over the New Zealand economy. That competition for control may be understandable but it doesn’t seem especially noble.

The Māori warriors who died did so in trying to preserve their rangatiratanga. That seems more noble as well as being understandable. So how do Pākehā come to terms with that?

ANZAC Day encourages us to commemorate and honour the dead and the wounded from our overseas wars. There is nothing wrong with that. But before we can do that for victims in the New Zealand Wars we need to ask some questions — and come to terms with what happened. And why it happened.

New Zealand wasn’t ready to do this in the 20th century. But, with the historical settlement process coming to an end, now is the perfect time.

Michael King used to describe ANZAC Day as “the necessary myth”. Necessary in the sense that we needed a story about the birth of our shared sense of identity. And necessary as well in the sense that New Zealand needed an occasion of gravity to acknowledge the unimaginable suffering at Gallipoli and beyond.  Surely that necessity now extends to the identity forged through the suffering on our own soil.