The ‘official’ story is wrong 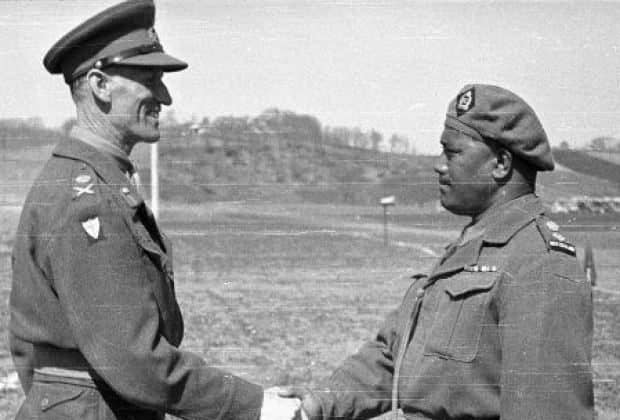 I was apprehensive taking part in a documentary called The Trouble with Murder that screened a few weeks back on Prime TV. The subject of episode two was Passion and Provocation. I was asked to speak about my koro Arapeta Awatere’s conviction and incarceration for murder.

Our family has long held that he should never have been charged with murder, and that his conviction was a serious miscarriage of justice. Our position was that Awatere acted in self-defence, and that he suffered an episode of automatism (an automatic response). I have outlined our views in his memoirs “Awatere: A Soldier’s Story” (2002). Peter Williams QC has also written about Awatere in is his book “The Dwarf Who Moved” (2015).

At the time of the indictment, Awatere was an acknowledged war hero, the highest polling Auckland City Councillor, and an Auckland District Māori Welfare Officer. Awatere certainly wasn’t perfect – he was involved in an extra-marital affair – but he didn’t deserve the callous treatment of the Pakeha justice system, which was unified against him from the moment he called the police from the scene of the tragedy. The young officers would not take his statement, the jury included a workmate and friend of the deceased, and the appellant judge condemned him on the basis of “immorality”.

When Awatere was in prison, he was able to teach and mentor promising young men, and pass on his knowledge to students who visited him to learn tikanga Māori, including te reo, waiata, and mau rākau. Awatere died in prison, a few months before serving his full seven-year sentence, and was taken back to Mangahānea Marae for the tangi, and up to Waitetoki for his final resting place. But, as a whānau, we missed out on our koro’s final years, and the pain of the injustice of what happened to him hasn’t subsided.

I have been very grateful over the years that our koro’s comrades from all companies of the 28th Māori Battalion have spoken of their love and support for him. Following the war, Awatere was a District Māori Welfare Officer in different parts of Te Ika a Māui, and the pakeke from those places have also been very kind about him.

Because of that support, I had mistakenly believed that “everyone” knew the true story of what happened. Since the documentary aired, I have become aware that (Māori) people of my generation had believed that he was a murderer – as they didn’t know him, they accepted the “official” story.

Awatere was dedicated at a young age to be a warrior, trained in the ancient wānanga. Like his kinsmen, he saw and did what was necessary in the field of battle with the 28th Māori Battalion in World War Two. As Peter Williams described him, he was a man’s man. He was also kind and generous in his community work, and is so remembered. In a moment of extreme duress, when Awatere was attacked by his mistress’s new lover, he defended himself.

That is what happened, and that is consistent with the man that he was. I have never met or spoken with Peter Williams or the independent commentator (Scott Bainbridge) who appeared in the aforementioned documentary, but their kōrero aligned with mine, and I am therefore grateful to them. Kaati, he whakaaro tēnei mo toku koroua, e kore e mimiti te aroha mōna, na Hinemoa.