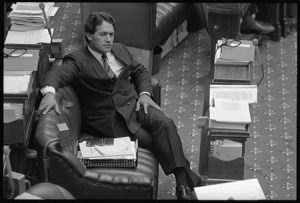 But a significant difference between the Ngati Porou icon and Winston is that the northerner has been the one who has kept winning. After a sometimes stellar political career, Apirana was eventually ousted. And Winston has tasted defeat as well. But, as he has just demonstrated again, he comes back – and comes back stronger.

The odds were always against this Maori boy from a modest background. Few Maori ever graduated from university in the 60s. But Winston did. Even fewer worked for prestigious firms like Russell McVeagh. Yet he did. And few Maori had ever won a general seat. But he did that too.

That was the beginning of his rapid rise in New Zealand politics. In 1978 Winston defeated Malcolm Douglas (Roger’s brother) and became the MP for Hunua and he quickly emerged as one of the most combative and tenacious of the National MPs while Labour was in control. And, when National won power in 1990, he was promoted to Cabinet.

He was, however, never far from controversy. There had been his exposure of the “Maori loans affair” when he was in Opposition. And, as an old school conservative, he had been a staunch critic of the fourth Labour Government’s neo-liberal reforms.

But then, while he was in Cabinet, National insisted on continuing what Labour had started. So he became increasingly vocal and obstructive – and condemned his own colleagues. In 1991 he was sacked.

Yet it wasn’t the end of the road for Winston. He went on to form his own party, New Zealand First, and, after the 1996 election, he held the balance of power in Parliament.

That meant he had several options, but he teamed up with National’s Jim Bolger and extracted some meaty concessions like the deputy Prime Ministership. However, after Jenny Shipley rolled Bolger for the National Party leadership, the relationship between the Nats and Winston became severely strained.

So he got the sack once again. That came after a dispute over the privatisation of the Wellington Airport. It was later revealed that, during these tense months, Tau Henare had tried to oust Winston as leader of New Zealand First.

Still, Winston survived to fight another day, even though his party copped a blood nose at the 1999 election where New Zealand First didn’t make the five percent threshold. Winston, however, hung on to the Tauranga seat and was able exploit the coat-tail rule and bring in some mates.

Then, after a quiet time in opposition, the “baubles of office” came within his reach again in 2005. Even though he had condemned the Labour government for their “ethnic engineering and re-population policy”, Winston went into coalition with them. The good times didn’t last, though, and he was chucked out of Parliament at the 2008 election.

For once, he was on the wrong side of an expenses scandal. Yet he stormed back into Parliament at the 2011 election off the back of the controversy over the Key/Banks “cup of tea deal” in Epsom. Winston was up to his old tricks again – he was going to “keep them honest”.

Who “them” is, no one is quite sure. But his style is to oppose “them” and their “entrenched interests”. That’s his brand. Naturally, that was his approach in his winning campaign in the Northland by-election. It works. And it explains his enduring popularity.

Winston is such a successful New Zealand politician because he speaks to and for the New Zealanders who believe the country is under ideological and demographic siege. And he milks that concern by his constant warnings about things like “imported criminal activity” and Asian immigration. The support for him and his political movement comes from the feelings of alienation and betrayal created in the 1980s and 1990s.

There is a sizeable chunk of New Zealand which went to sleep in one country and woke up in another. The sense of community encouraged by Norm Kirk and the conservatism of Rob Muldoon had gone and been replaced by the heartless liberalism of Roger Douglas and Ruth Richardson.

So who was there to fight it?

Economic changes are really at the heart of his politics. Yet he knows that he needs a more effective way of channelling those feelings of alienation and betrayal. Hence his focus on issues like immigration. For his supporters, immigration represents their ideological losses today and their demographic irrelevance tomorrow.

So he plays off those fears – fears that many Northland voters shared about the National government leading up to the by-election. They felt alienated because they believe they have been neglected. And they still feel betrayed by the “reforms” of the 1980s and 1990s.

Winston understands these feelings and uses them to his own advantage. That is why he is such a successful politician – and why he can already be rated as the most successful Maori politician. Ever.