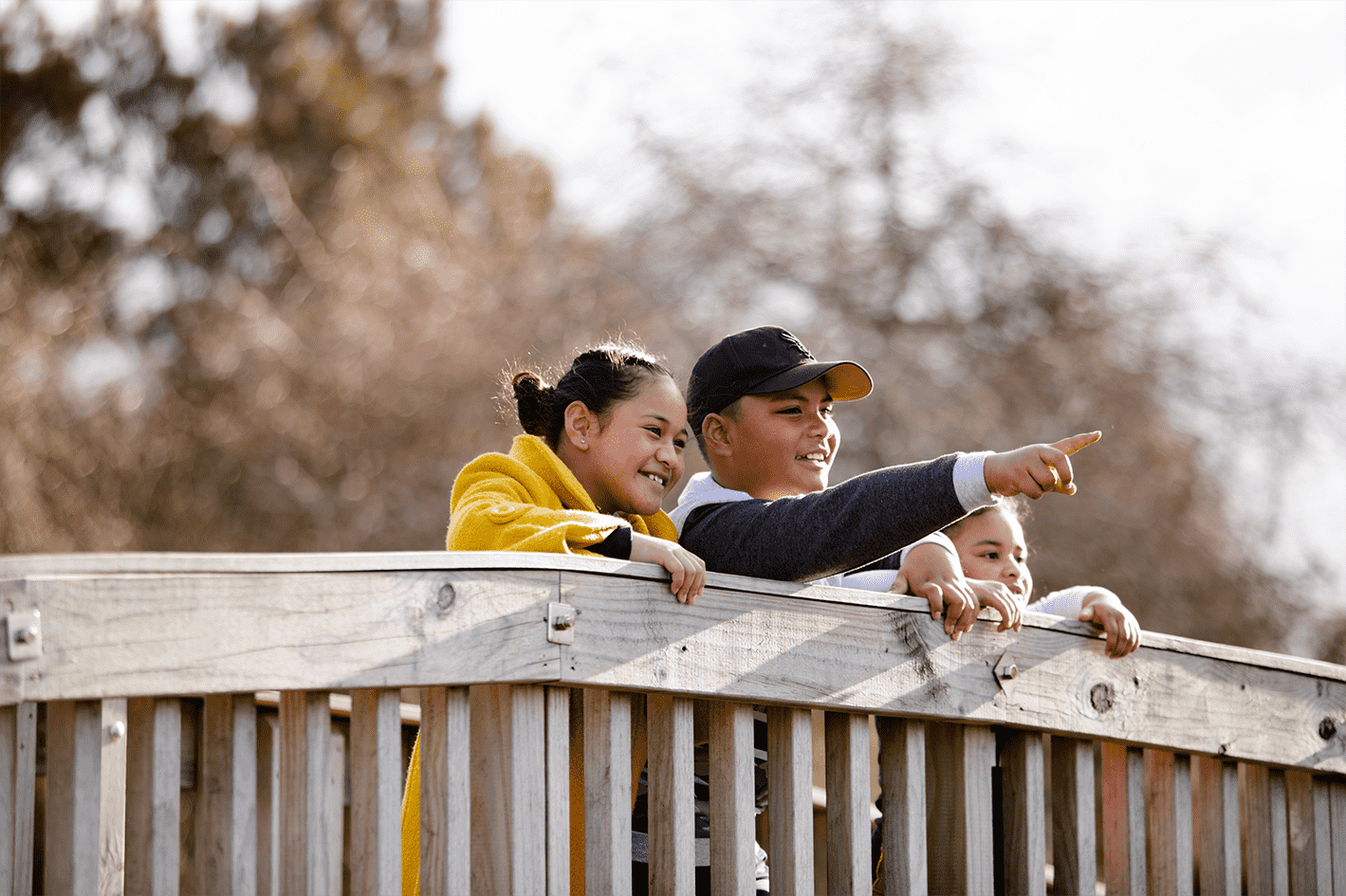 By 2039, NZ Super is projected to cost $120 million a day, and the ratio of working-age people to those eligible to receive superannuation will be 2 to 1. Today, the ratio is 4:1.

Many of us hate to talk about money, as Peter Cordtz, the interim Retirement Commissioner well knows. But, as another review of retirement income policies looms, he’s hoping more Māori and Pacific people join the conversation about how we can make our retirement policies fairer and better able to meet the needs of the most vulnerable among us. 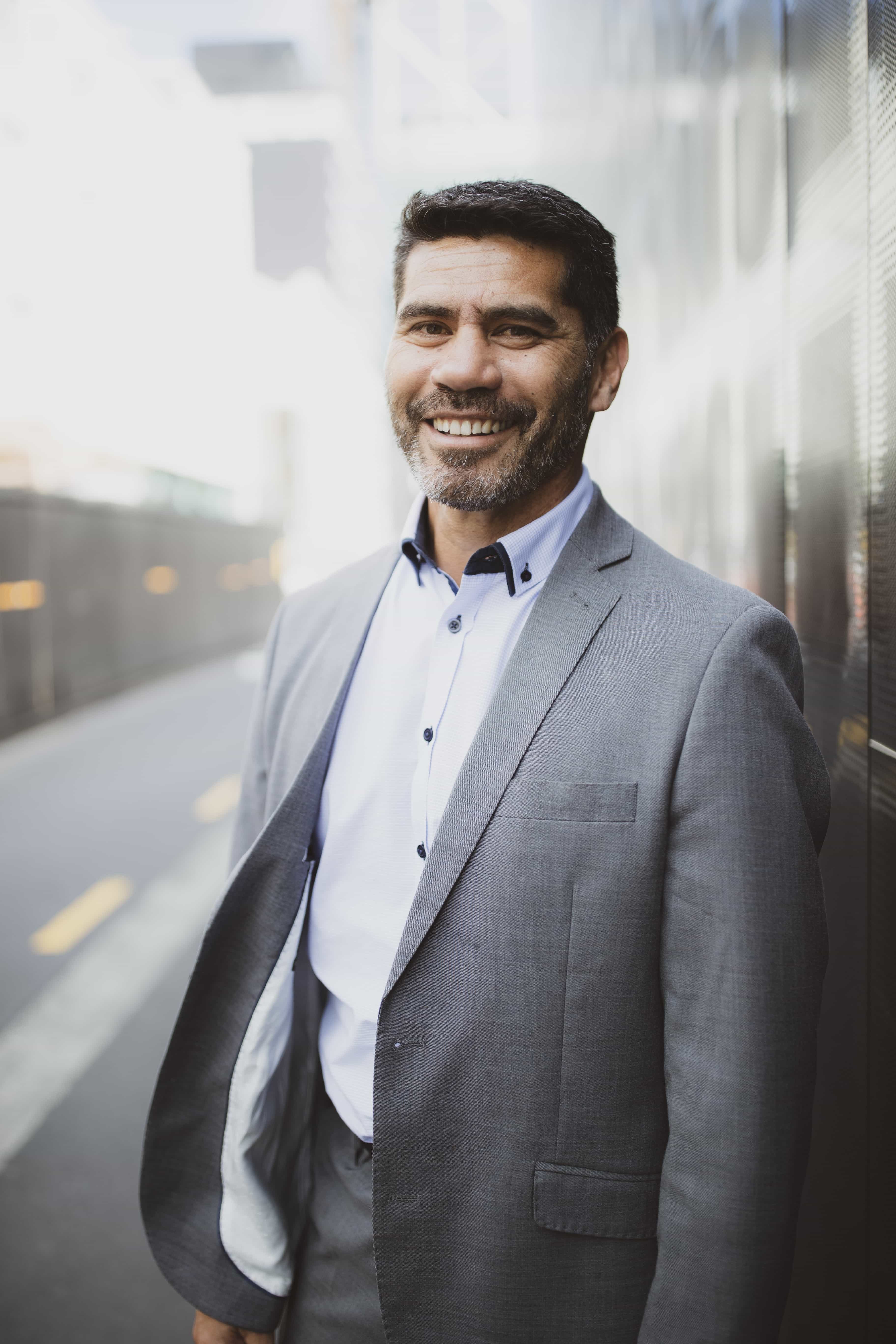 I’m a Māori-Sāmoan boy from Māngere, and an applied science graduate who spent eight years in agribusiness before “falling” into more than a decade of working in sport and then the last 10 years in the public service. Given where I came from, even I’m not sure about how I found myself in the role of Retirement Commissioner.

But here I am.

Other than me, it’s my closest mates who are most incredulous about that mantle: “How did you become responsible for old people?!”

To be fair, most of my mates are middle-aged former rugby league players whose bodies carry the wear and tear of people many years their senior, but who are still not inclined to think about retirement, let alone talk about it.

My stock response to their question reminds me why I’m fortunate to have this opportunity. My office is called the Commission for Financial Capability (CFFC), and I tell my friends that CFFC’s kaupapa is not just about what happens after retirement, but how we put ourselves in the best possible shape to enjoy, rather than endure, that stage of our lives.

The specifics of that will look different for everyone, but the goal for most will be to live those years with dignity, relative comfort, and choices.

Those choices may range from travel to “toys”, or just enjoying more time with the whānau. Having choices is what I think wealth is really about. I’m a big fan of African American comedian Chris Rock, and one of his quotes is on the back of my business cards:

This year, as the Retirement Commissioner, I’m required by law to carry out the three-yearly Review of Retirement Income Policies. The purpose of this exercise is to provide the government with insights into the effectiveness of current policies in ensuring New Zealanders have the means to achieve a reasonable quality of life in retirement.

Previous reviews have come and gone with all the usual bases hit, including the perennial issue of whether the country can afford to keep paying for New Zealand Superannuation as it’s currently set. It’s a universal benefit provided to all eligible New Zealanders when they reach the age of 65 — $411 per week for a person on their own, or $632 for a couple.

While this sounds fairly modest, it currently represents a taxpayer-funded investment of $39 million per day. Yes, you read that right. That’s $14 billion per year, compared to the $15 billion spent on health and $14 billion on education.

At that level, it’s easily the biggest benefit in town, and it doesn’t stop there. With our ageing population, that figure doubles in a decade and trebles in 20 years.

The “baby boomer bubble”, along with lower birth rates and longer life expectancy, also means that the ratio of taxpayers to superannuants is reducing. Today, the ratio of those aged 16–64 to those aged 65 and older, is 4 to 1. But, over the next 20 years, this will reduce to 2:1, at the same time as the spend on super grows to $120 million per day.

In stat-speak, that’s referred to as a “dependency ratio”.

So where does the money for NZ Super come from? Not from a separate fund or ring-fenced pool of taxpayer money. No, it comes from the same taxes used to pay for health, education, and every other government service. Today’s taxpayers fund today’s superannuants.

This is why long-term affordability is a recurring theme of these reviews, with the default debate tending to be on issues like raising the age of eligibility, means testing, how best to support New Zealanders in retirement, and whether to compel people to save more for their retirement.

And while those are important considerations, the risk is a debate focused narrowly on money, with proposed solutions that become political footballs and take people’s eyes off the broader issues. Ensuring wellbeing in retirement is a far more complex weave than just whether we can afford it. The terms of reference for this year’s review also ask us to consider the effectiveness of retirement income policies in addressing vulnerability and equity.

During the 2016 review, I was primarily involved in the work focused on “vulnerable groups”. At that time, the groups identified as most financially vulnerable were Māori, Pasifika, women, people with disabilities, and those renting at retirement.

The then Retirement Commissioner, Diane Maxwell, made the call early to step away from labelling entire groups as vulnerable, focusing instead on identifying the key factors that contributed to vulnerability at retirement. Our shift in focus meant recommendations for policy responses could be more targeted at addressing contributing factors, rather than being perceived as “fixing” certain groups.

The key vulnerability factors were identified as:

There are clearly links between these factors and the challenges faced by many Māori and Pacific people in relation to wellbeing in retirement — or even the ability to work, earn, and save until the current age of eligibility for Super.

There is already data confirming that women arrive at retirement 18 percent financially worse off than men, on average. This is partly because of the 9.2 percent gender pay gap, but is compounded by the fact that women spend more time out of the paid workforce to care for others, and live longer than men.

Research commissioned by CFFC for the 2019 review highlighted that there are twice as many women than men living in poverty after age 65 — 14 percent compared to 6.6 percent. This data is from across the population, and while we don’t have specific figures for Māori and Pacific women, my experience is that our women have higher levels of expectation to support extended family and the community.

This was certainly true of my mother, who committed a significant chunk of her life to not only raising her own children, but also grandchildren, nieces, nephews, and even the odd “stray” befriended by me and my siblings. Most of us know a similar aunty or nan from our own whānau, so it seems reasonable to assume that the figures would likely be greater for Māori and Pacific women.

An important insight from reframing the discussion about vulnerability in the 2016 review, was that many of the changes that could contribute to improving outcomes for those most directly affected were in policy areas not directly related to retirement income. A good example of this was the issues faced by manual workers, whose bodies were often “breaking down” well before reaching 65.

The interventions required to address this include support for retraining earlier in a person’s life to enable them to transition to a different kind of work. Employers also need help to do their part in preparing for an ageing workforce.

Another hot topic is housing affordability, particularly how to support low to middle income earners own their own homes. Much of my work as the general manager of our community division over the past four years has involved developing programmes and partnerships with Māori and Pacific organisations whose objectives include supporting whānau to achieve their housing aspirations.

Some might wonder why the Office of the Retirement Commissioner is so actively involved in housing, but there are clear links between building financial capability and improving housing outcomes. The connection between home ownership and long-term financial wellbeing, including into retirement, is irrefutable, so we’re exactly where we need to be.

This housing mahi is also linked to the work we do in raising awareness of KiwiSaver. For many low to middle income earners, saving or investing for retirement seems futile when they’re consumed with the now. KiwiSaver provides a more achievable means of doing that, as it siphons off a small percentage of income before it hits an earner’s bank account. Most don’t miss what they never see.

The ability to use KiwiSaver toward a deposit for your first home has many more people taking an active interest in making that nest egg work for them. At a time of low bank interest rates, KiwiSaver investment returns, along with employer and government contributions, are helping those in the know become homeowners sooner.

Using KiwiSaver toward your deposit is currently limited to your first home and, importantly, a home you will live in. However, an approach to CFFC last year by a Māori financial adviser wanting to explore the possibility of greater flexibility for her clients has prompted us to look at the potential value in broadening that criteria to include a first home as an investment. While the conversation started with Māori working in the big centres, unable to afford a home there but interested in buying a property “back home”, where they might eventually return, we’re now keen to see if there might be broader interest in that opportunity.

This and other ideas provide the government with a steer on policy reforms that might make the most significant impact on the financial health and long-term wellbeing of our whānau, and we’d like to hear your thoughts.

Public submissions to the 2019 Review of Retirement Income Policies are open until October 31, and can be made through our website, cffc.org.nz. We’ll consider your feedback along with research we’ve commissioned, international trends, and key stakeholder engagement to produce a report with recommendations to government, due to be tabled in parliament in December.

The terms of reference and the research reports we commissioned can also be found on our website.

While I may not have made a review of retirement income policies sound any more exciting, what I hope you’ll see is why it’s important for all of us.

The simplicity and universality of the NZ Superannuation model is the envy of many across the world, but it doesn’t address the needs of all — nor is it guaranteed to be sustainable without refinement. The sky isn’t falling yet, but the best time to plan for the future is now. We have an obligation to work out how to preserve the best elements of Super for future generations.

We’re all going to be retired one day, and many of our whānau are already approaching that time in their lives when they want or need to finish paid work. Our aim is to ensure every New Zealander has a good standard of living as they age, now and in the future.

Mō tātou, ā, mō kā uri ā muri ake nei. For us and our children after us. 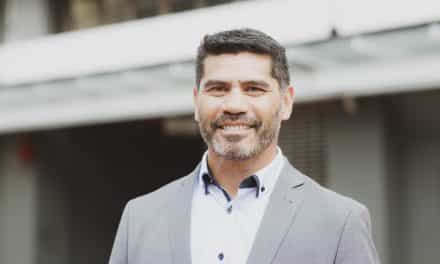