Why is tax evasion treated more gently than benefit fraud? 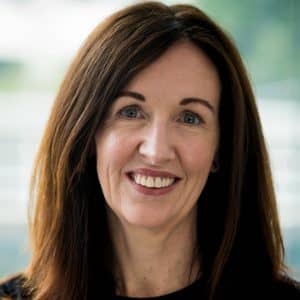 Lisa Marriott, Professor of Taxation at Victoria University’s Business School, has spent six years looking at the unequal treatment of people who commit welfare fraud compared to those who commit tax fraud. Her research shows that beneficiaries are treated more harshly at every turn, as she discusses here.

Metiria Turei’s recent admission of welfare fraud has generated much debate and discussion.

Regardless of how you feel about Metiria’s actions, the saga has unfortunately done little to advance the point that Metiria was trying to make — which is that, for some people, it’s extremely difficult to live on a welfare benefit.

Not only is it difficult to live financially on a benefit — it’s made more difficult because of the stigma that it still carries in some circles.

But, as my research has shown, people engaging in welfare fraud are treated more harshly than non-compliant taxpayers.

But it isn’t just about crime.

My research also looks at how we treat people who have debts generated from welfare and tax — when there is no suggestion of any fraudulent behaviour. Despite the similarity of the debts, we’re still more punitive in the way we treat these two groups of people.

We even have different definitions of “serious hardship” for people on welfare and taxpayers. Taxpayers may ask for relief of their tax obligations if they’re suffering from serious hardship — a situation that includes being unable to meet normal community standards of living.

But serious hardship doesn’t rule out debt recovery for a welfare debtor. Instead, repayment arrangements may be renegotiated.

Even the language used to describe the offending is noticeably more punitive. Welfare fraud is welfare fraud. Tax evasion is tax fraud — at worst — but is more likely to be described using phrases such as “tax position differences” or “tax discrepancies” — suggesting a lack of intent, even though the behaviour is deliberate and intended to avoid compliance with the law.

In a further example of the punitive treatment of welfare beneficiaries in New Zealand, the Social Security Act 1964 was amended in 2014 to allow for the partners of those who engage in welfare fraud to be prosecuted for the crime. The changes also provide for those partners to be liable for the debt generated from the crime.

In May this year, I wrote an opinion piece outlining the hypocrisy of the system. It discussed a media article in April 2017 with the headline: “Husband and wife sentenced for one of NZ’s ‘highest ranking’ benefit frauds.”

In what the article described as one of New Zealand’s “very worst” cases of benefit fraud, a Nelson mother of four was sentenced to two years and five months in prison for defrauding the Ministry of Social Development of $244,768 over 12 years. The judge was quoted as saying the sentence “might be viewed as overly generous”. The woman’s husband was also sentenced to nine months home detention for fraud of $84,915 over the same period, and ordered to repay $10,000, at a rate of $40 per week.

Three days later, on May 1, the same media website had a headline: “Tax agent fraudster loses name suppression.” This case involved a Wellington tax agent, who received 10 months home detention and 120 hours community work for tax fraud of $768,538. The fraud had been ongoing since 2009. The tax agent’s financial position was described as “hopeless and there was no way she could pay reparation”.

These crimes have identical outcomes: fewer resources for the government to invest in society. Whether the outcome is more money taken from the system or less money given to the system is a conceptual difference only. They are both deliberate, and they are both fraud. But the sentencing differences are clear.

In 2006, Wayne Patterson was investigated, prosecuted and convicted of welfare fraud of $3.4 million. He spent 10 years in prison and was released in 2016. His sentence had been extended for two years because he forged a letter to the Parole Board suggesting that he had been accepted for a job interview.

Patterson’s case is unique in two ways. First, at the time the fraud was discovered, it was more than 10 times the value of the most serious welfare fraud case previously discovered in New Zealand. Second, the whole amount was repaid and the Crown made a significant financial gain from the exercise. Patterson had been a shrewd investor and had invested some of the fraudulently obtained funds in Apple shares, which the courts ruled the Crown was entitled to.

The shares had increased significantly in value since their purchase, and when the gains were taken into account, Mr Patterson repaid $6.7 million from his offending of $3.4 million. So the Crown made a “profit” of $3.3 million.

Contrast this with Alex Swney, who engaged in what is best called “white-collar offending” for more than a decade. This comprised defrauding a publicly funded organisation, Heart of the City, of which he was the CEO, combined with some tax evasion. His offending totalled $4.3 million. He was convicted in 2015, and released in May 2017, after serving 22 months in prison. At the time of sentencing, no money had been repaid.

In case we need further examples of the punitive treatment of those on welfare, we can look to the recent spate of prosecutions of welfare beneficiaries who have been caught begging. Can it really be a good use of taxpayer money to prosecute people who are begging? Would the resources involved in these prosecutions not be better invested in improving the outcomes for these people, so that they don’t need to beg to supplement their benefit?

So, let’s look at welfare benefits.

Right now, a single person aged over 25 seeking employment will receive $212.45 per week after tax. They may also be entitled to an accommodation supplement (between $45 and $145 per week).

A sole parent looking for work will receive $329.57 in the hand per week, and again may be entitled to an accommodation supplement (up to $225 per week).

Contrast this with New Zealand Superannuation received by those aged over 65 in New Zealand. A single person living alone receives superannuation at a rate of $390.20 per week after tax. An accommodation supplement may also be available.

An important difference is that New Zealand Superannuation is a permanent pension while other benefit support is intended to be only temporary. But, how — and why — is it, that someone who is unemployed, a sole parent, or in other trying circumstances is expected to exist on considerably less than someone who is retired?

Paying benefits at a level that makes it difficult to survive — even if it’s for a temporary period — makes some of the reasons for welfare fraud seem not only justifiable, but potentially unavoidable.

At its birth, the welfare system was intended to promote participation and belonging in society for those who were unable to support themselves.

But, as the welfare system has changed over time, it hasn’t always kept pace with changes in society. For example, some of the assumptions about relationships may not reflect modern society. It isn’t always the case that one partner will provide financial support for the other, for example.

We seem to have created a situation where some people who have no other funding options, such as family support, have little choice about committing welfare fraud if they want themselves and their families to survive. This was not the intended aim of the welfare system when it began in the 1930s.

Perhaps we should try to move the narrative away from the focus on welfare fraud and those who commit it.

Lisa Marriott is Professor of Taxation at the Victoria Business School, Victoria University of Wellington.