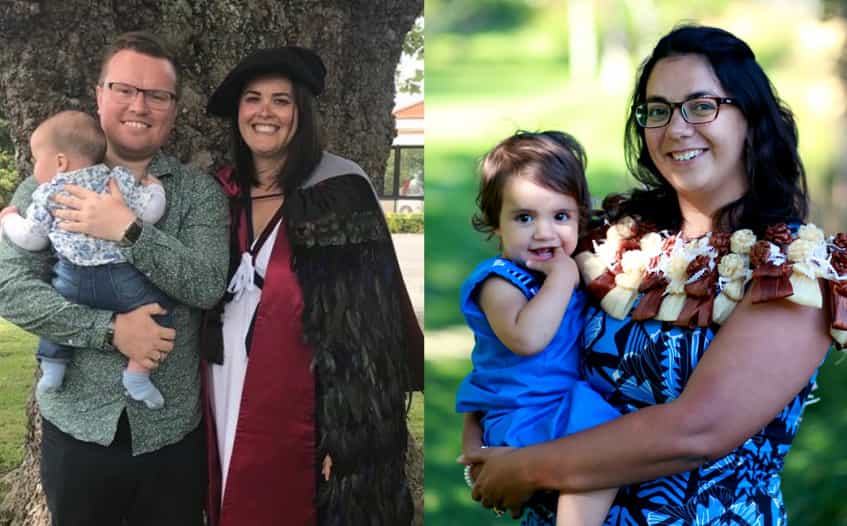 New research published last week shows our universities aren’t the shining examples of the equity and diversity that they preach.

We’re two emerging academics from different backgrounds: a Māori scientist working as a research fellow on a two-year contract at Auckland University, and a Pasifika sociologist working in indigenous health in a Canadian university. Both of us products of different New Zealand universities.

Yet, like many Māori and Pasifika academics, both of us will face a tough battle trying to find our way into full-time, permanent employment in New Zealand universities. And an even tougher one making it up the academic ladder.

That reality will have little to do with our abilities and everything to do with the very real structural barriers in institutions that continue to remain strongholds of settler colonialism, rather than beacons of enlightenment — with walls designed to keep out “space invaders” like Māori and Pasifika scholars. 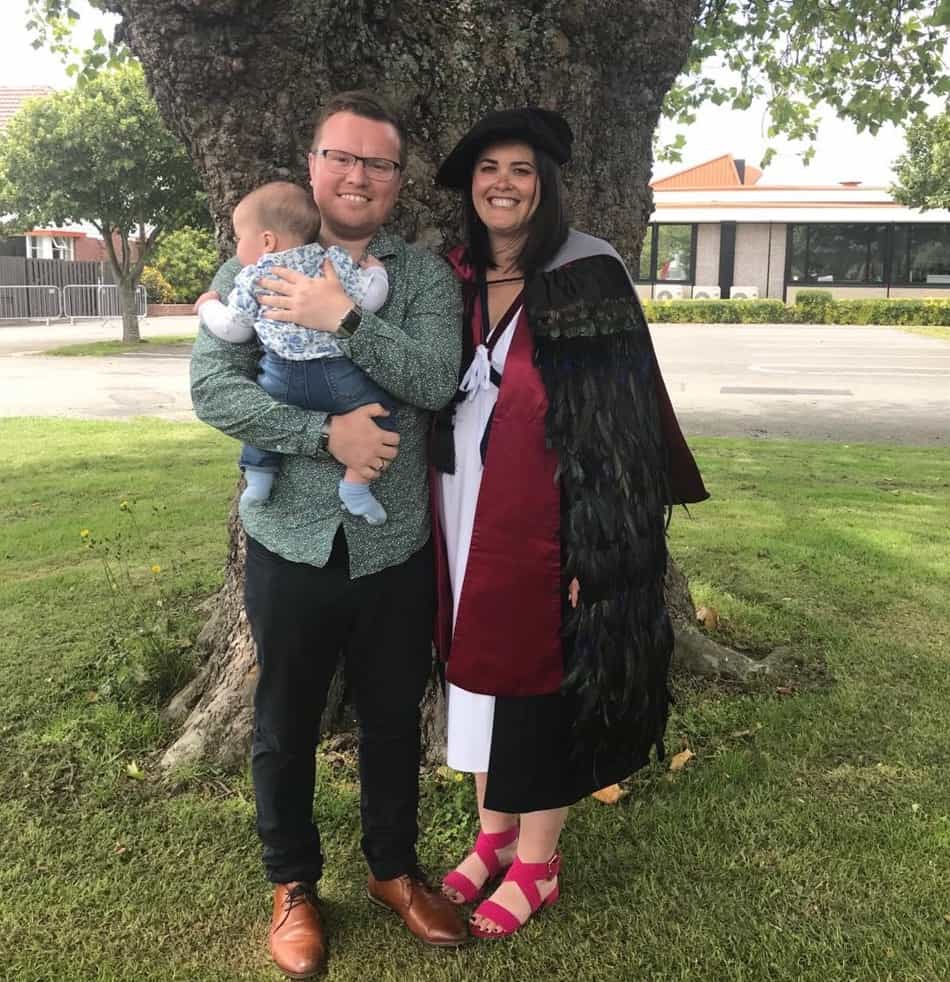 I was born in Tokoroa and grew up in Whakatāne, where I went to Trident High School. I’ve always loved the sea, and when I was seven, I told my poppa that I wanted to be a marine biologist.

I’ve spent more than eight years studying at New Zealand universities — from undergrad in marine biology at Victoria University to a PhD in freshwater ecology at the University of Canterbury.

During that time, I NEVER had a Māori or Pasifika lecturer for any science papers. The vast majority of my lecturers were pale, male, and stale.

For eight years, I’ve listened to the names of our awa being slaughtered, watched lecturers sit on tables, never had any lectures about mātauranga Māori, and clung desperately to other Māori students.

The icing on the cake was when I was laughed at by a university staff member for wanting to walk across the stage at my PhD graduation with my four-month-old baby.

All of these experiences were a constant reminder that universities aren’t made for people like me. And the longer I stay at university, the more I realise that not only are universities not made for me, but there are institutional structures embedded within them that actively exclude me. These barriers may prevent me from ever getting a permanent, full-time position in a university. 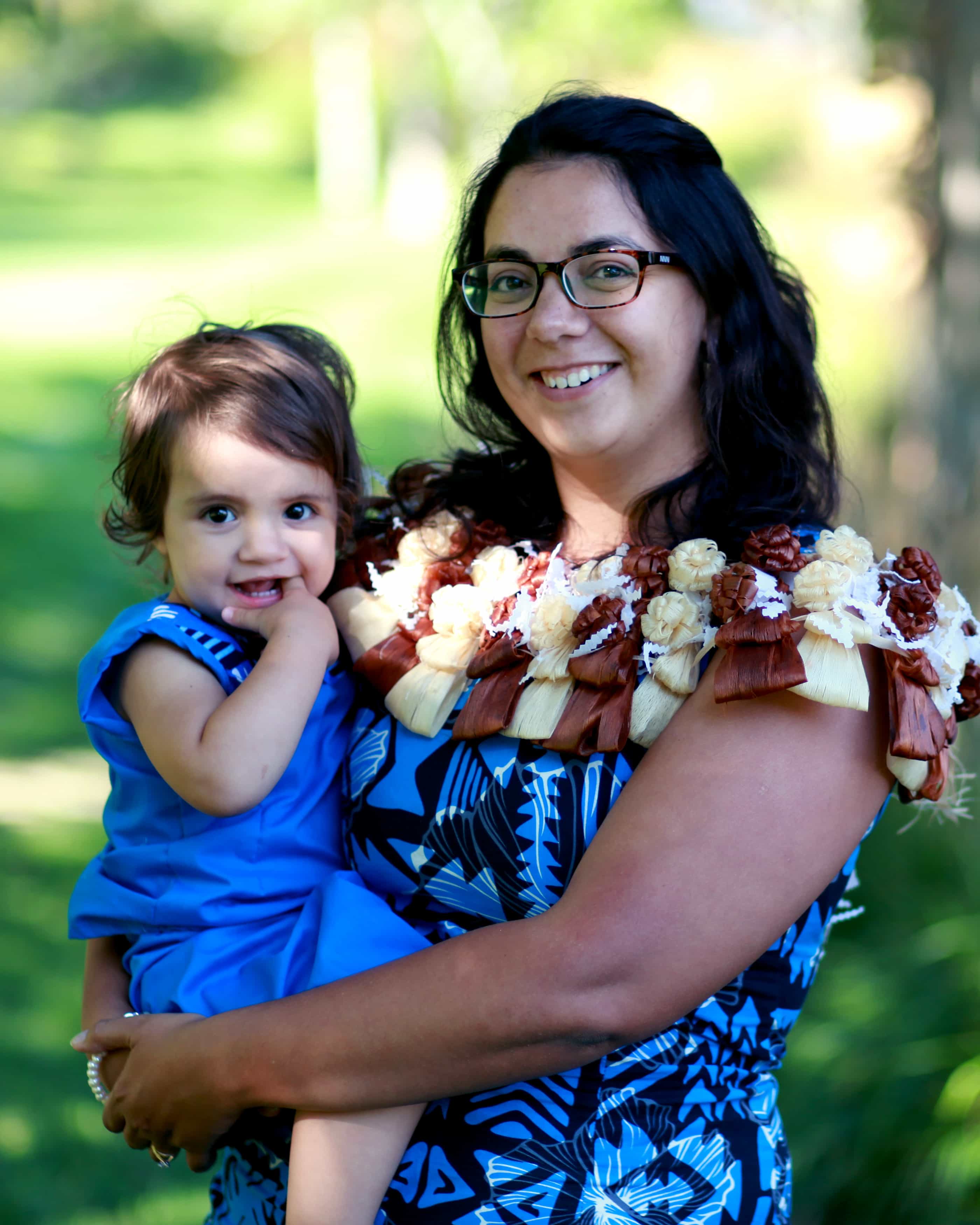 Sereana and her daughter Alice.

I’m a first-generation Pasifika scholar, the first in my family to go to university. I grew up in Mt Wellington and went to Edgewater College in Pakuranga. I completed my undergraduate and master’s in the social sciences at the University of Auckland. This means I’ve been taught by amazing Māori and Pasifika academics, such as Professor Tracey McIntosh (sociology) and Professor Airini (education).

The social sciences are known for having more Māori and Pasifika academics, because we house Māori, Pacific, and Indigenous studies. But I took a Pacific anthropology course as well, and didn’t have a single Pacific instructor. It’s been disconcerting to have Pacific history, culture, and ideologies, taught by people who study us.

Still, I’ve been lucky. Unlike Tara, my journey in academia has been eased by being able to interact with Māori and Pasifika academics.

So, for instance, when I did my master’s at Auckland, there was no question that I’d be able to use Pacific research methodologies. I took that confidence in Pacific knowledge to Canada, where I completed my PhD and staunchly stuck to referencing a majority of Pacific authors in my work, a pattern I continue today.

That’s what having Pasifika academics in academic roles during our studies can do. It can create confident Pasifika scholars who are able to use both Pasifika and western ideas to engage with issues and ideas on the world stage.

When I finished my PhD in the sciences last year, I began to wonder if my experience of university was unique, or whether other Māori and Pasifika students also go through their entire tertiary education without being taught by people who not only look like them but think like them.

I searched high and low for the numbers of Māori and Pasifika academics employed by New Zealand’s eight universities. I trawled through university websites but came up empty. The only thing I found were their outward exclamations of valuing equity and diversity. I found numerous diversity plans, frameworks, and strategies, which state that: “Diversity is everybody’s problem.”

Eventually, I got my hands on some numbers, with the help of an excellent librarian.

They were deeply shocking but, at the same time, unsurprising. Only 5 percent of all academic staff at universities are Māori. What’s worse, this percentage has remained unchanged for six years.

The percentage of Māori academic staff at the remaining universities (AUT, Massey, Auckland, Canterbury, Otago, and Victoria) varied from 3 to 7 percent. Actual numbers at each institution ranged from 5 to 185. At AUT, Massey, Otago, Waikato, and Victoria, this number has remained fairly constant, at around 50.

As you climb the ladder in seniority from tutorial assistant to professor, the number of Māori get fewer and fewer. Most Māori academics are employed as other academic staff, lecturers, tutors, and senior lecturers. Very few Māori get promoted to the highest academic level of professor.

This is not because of the lack of qualified Māori. There’ve been significant increases in the number of Māori graduating with PhDs — more than 200 Māori gained PhDs between 2002 to 2008, compared to less than 50 in the previous six years. And from 2008 to 2016, the number of Māori doctoral students increased by 21 percent.

So, even though universities are shouting at the top of their lungs that they value diversity and Te Tiriti, Māori remain severely under-represented in New Zealand universities. 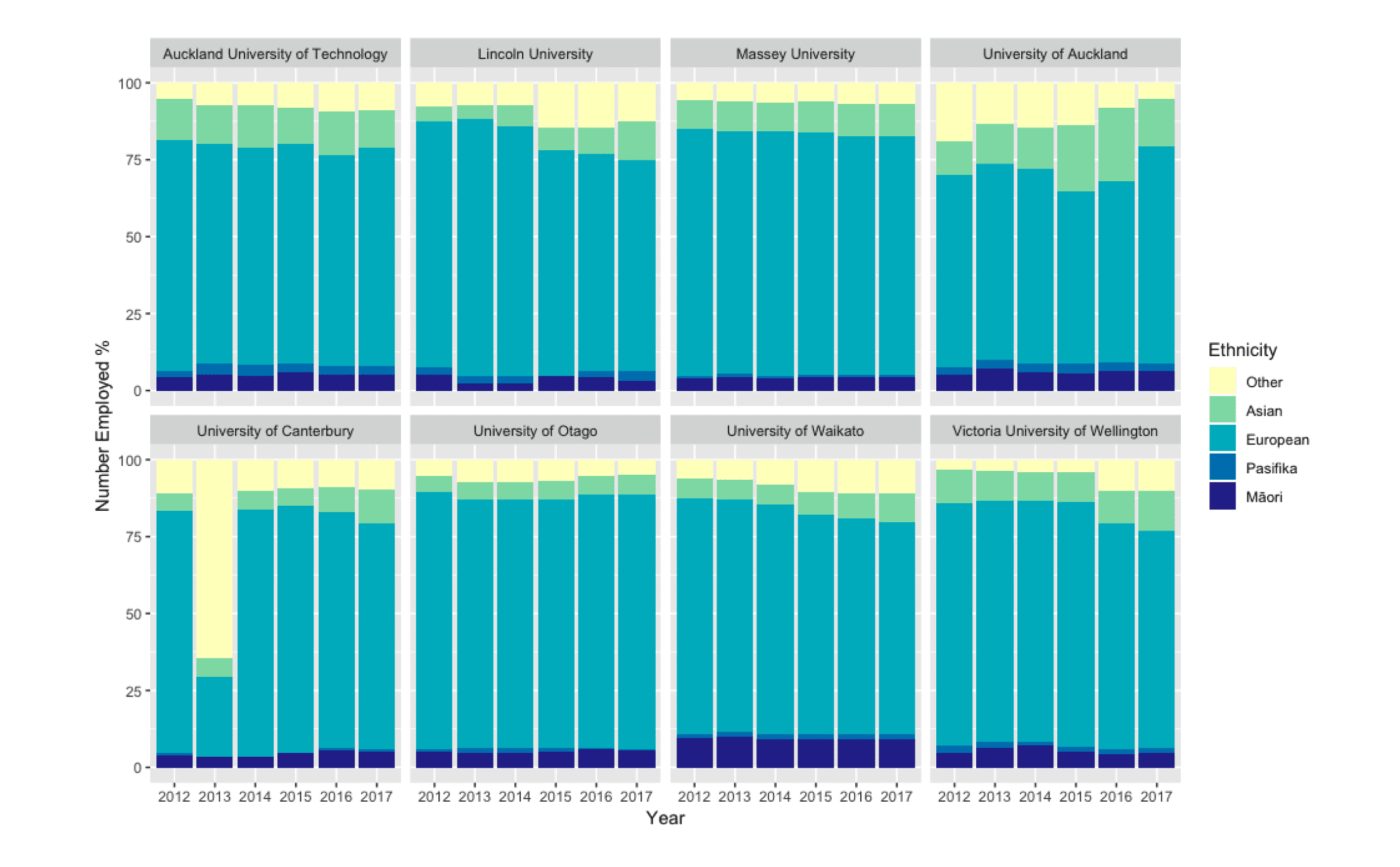 Number of academic staff employed by each university by ethnicity, 2012-2017.

In 2017, universities reported that they employed between 5 (Lincoln University) and 55 (University of Auckland) Pasifika academics, with many in short-term contracts and very few in leadership roles.

I have many friends who are trying to break into the academic workforce and they’re given temporary contracts with promises that it will turn into full-time work. Sometimes this happens, but most of the time, they work from contract to contract while trying to build a globally competitive CV to make it to the interview stage. As Māori and Pasifika, we’re competing with a global academic workforce that, because of a range of factors including university ranking tables, are valued more highly than locally trained applicants.

I study higher education, so I knew going into my PhD how difficult the job market was, and how biased the system was against Pasifika. I’d spent nearly a decade supporting Māori and Pasifika students, and I could see that, despite some people’s best efforts, there was still significant amounts of racism directed at students, faculty, and staff.

But it wasn’t until I saw the figures that it truly hit home just how much of an uphill battle it would be, as a Pasifika academic, to get a job and move up the promotion scale. In New Zealand, there are fewer than five Pasifika professors or deans, out of a total of 1045.

I’m one of the lucky few who has secured full-time work. I start my job in sociology at the University of Auckland in 2020. My goal is to hold a senior leadership position in a New Zealand university because I want to influence the changes needed in higher education.

Tara, Sereana, and the co-authors of Why Isn’t My Professor Māori?: Dr Joanna Kidman, Dr Reremoana Theodore, and Olivia Rowley.

Why does it matter?

There are 20,990 Māori and 13,135 Pasifika now enrolled in New Zealand universities. Many of these 34,125 students will not be taught by Māori or Pasifika throughout their degree and, depending on their discipline, may not get to work with a Māori or Pasifika advisor in their masters or PhD.

Universities are traditionally charged with being the conscience of society, creating new technologies, informing policy development, and providing ways for us to understand the world we live in.

If all of these important roles are being done with little to no Māori and Pasifika input, then we’ll continue to see all of the important roles of the university informed by Pākehā views that go on to influence wider New Zealand society.

The change we need

Our papers point to structural issues within universities, in recruitment, retention, and promotion.

We need to think differently about what we value during the recruitment process. We have to move beyond equity statements in job descriptions and ensure that those doing the hiring look at how their practices are excluding us.

We need to work harder to make sure that Māori and Pasifika colleagues feel valued and supported and don’t experience racism — as described, for example, in Beyond the Dusky Maiden.

We also need to consider how we promote. Do our current promotion systems reflect and value the community service of many Māori and Pasifika academics? Or do we need to move away from models based on historic and overseas definitions of value and research excellence and instead develop measurements unique to our location in the world?

Many Māori and Pasifika scholars engage in research that puts our communities front and centre. One of the reasons we chose to publish our research in MAI Journal is that it’s open access. We could have published in a highly ranked international journal that’s paywalled, but then our communities wouldn’t have access to what we think is an important issue. But we know that when this is viewed by a traditional hiring board, it won’t hold as much value as if we had published in an international journal.

There’s no easy solution when it comes to structural change. But the first step is holding universities accountable for the numbers that our structures create.

And right now, the numbers are dismal. 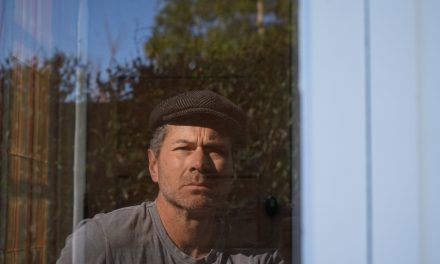 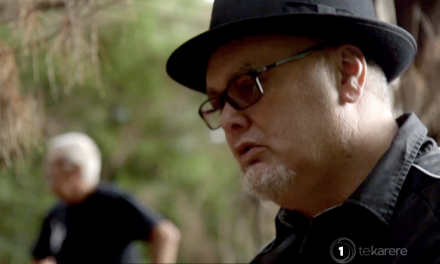 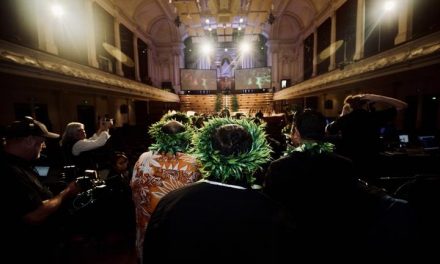