Whose land is it anyway? 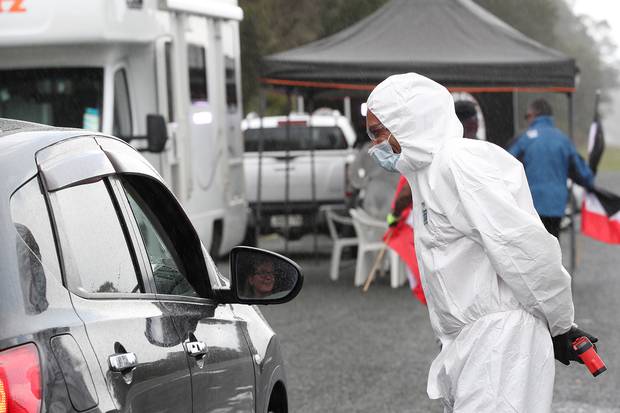 Who has the authority to make decisions, especially in times of emergency? Our elected representatives and their officials assume it’s them, writes Kerensa Johnston, but the further you get from Lambton Quay and the so-called corridors of power, the less this holds true.

“What are those Maoris up to now?” my mum’s neighbour asked her the other day (from over the fence, of course), fresh from listening to the midday news.

The problem? Hone Harawira had closed the north! And, in Te Whānau ā Apanui, the hapū had taken control of the main roads in and out of the area to prevent tourists (and others who don’t live there) from coming into the rohe, in an effort to stop the spread of Covid-19 in their community.

During a radio interview with Hone Harawira about this, a few days into Alert Level 4, the question was put to him squarely: “Who gave you the authority to close the road?”

The wholly positive reply was a masterclass in diplomacy — this was about saving lives and protecting vulnerable communities with poor access to healthcare, who have been overlooked for too long. If the virus took hold in these communities, the results would be devastating.

But the word hung in the air. Authority. Who does have the authority to make decisions, especially in times of emergency?

Our elected representatives and their officials assume it’s them. But the further you get from Lambton Quay and the so-called corridors of power, the less this holds true.

Whether you’re in the north, or on the East Coast of the North Island, or in other parts of Aotearoa where hapū and iwi hold the balance of power, the leaders in those communities will exercise their own authority to make decisions in the best interests of their community.

And why not? They’re simply applying their tikanga, to make decisions in the best interests of the collective, according to the authority that the hapū has always held, within the limits of its customary jurisdiction.

This authority or mana has existed since time immemorial. It was affirmed — not created — by the Treaty of Waitangi, which was signed by the Crown and rangatira in the north and East Coast of the North Island, and in other places throughout Aotearoa.

The recognition of the mana or rangatiratanga of hapū over their lands in the Treaty, is inherent to the concept of the “essential bargain” between Māori and the Crown, recognised by the Waitangi Tribunal.

This is the Crown’s recognition and active protection of Māori authority in exchange for Māori approval of the Crown’s right to govern here, according to the conditions set out in the Treaty.

This laid the constitutional foundation for our nation — and, from 1840, it legitimised local and central government in Aotearoa.

Since that time, more or less, we’ve acted as if this applies throughout the country — even in places where the Treaty was not signed by hapū, and where they argue that they’ve never relinquished authority over their territory. Nor do they necessarily recognise the authority of government.

The question of authority, how and where it’s exercised, and by whom, is not just an academic one.

In 2005, during the Waitangi Tribunal hearings into the Tūhoe claims against the Crown, Tame Iti was charged with an offence under firearms legislation for discharging a weapon in a public place.

The public place in question was the marae ātea. The firing of the gun happened as part of the formal ceremonial proceedings to bring Waitangi Tribunal members and others on to the marae. It took place as part of a re-enactment of the invasion and illegal confiscation of Tūhoe land in the 1860s.

The key issue in the court hearing was whether a marae is a public place for the purposes of applying firearms legislation. In that case, and even though the conviction was eventually overturned, the judge decided the marae was a public place, even after hearing evidence which might well have raised serious doubts about that conclusion.

But try enforcing anything on a marae, or doing anything there at all, without the support of the hapū, hau kāinga, or kaumātua, and it will become apparent quickly that the views of the courts, officials, and even the arm of the law, has a limited reach.

This question of authority plays out inside the marae too, and in other places and situations where Māori leadership is tested. The argument over who has the authority to whaikōrero in formal proceedings, such as pōwhiri, is an old one.

What has more relevance for many Māori men and women are the questions now before the Waitangi Tribunal as part of the contemporary Mana Wāhine claim against the Crown, which focuses on historical and modern state discrimination of Māori women, and our leadership and governance structures, such as the Māori Womens’ Welfare League.

Questions over authority, mana and mandate — and who has the right to make decisions on behalf of the hapū — regularly play out in the Waitangi Tribunal and the courts as well. And that often leads to poorer outcomes in the longer term for all of the parties involved in these types of protracted disputes.

But, when our tikanga works, it really works.

Arriving at a tangi at a small marae recently, at the end of a long day for the hapū, we stood and waited at the gate. There were only two of us, and we’d been to this marae before, so we weren’t sure what we needed to do. Would the hau kāinga welcome us formally or would we simply go on?

There was no need to worry. A friendly hand went up from the small crowd sitting in front of the whare. “Wait,” it said. “Give us a minute.”

The kuia started the karanga. We went on. There was no discernible paepae, no formal lineup of men in suits waiting to greet us. We took our places and waited.

Slowly, from near the back of the group, the kaumātua stood. He had changed into his old clothes because he’d been helping with the hāngi. He welcomed us, in the traditional way, carrying the mana and authority imbued in him by his tūpuna and his hapū, who enveloped him in quiet and solid support.

No need for discussion, assertions, or declarations of authority. The hapū knew, and so did we.

Kerensa Johnston (Ngāti Tama, Ngāruahine and Ngāti Whāwhakia) is the chief executive of Wakatū Incorporation, based in Nelson. She has a commercial and legal background, specialising in Māori legal development, constitutional law and international law. Kerensa is the chair of the board of Ngā Pae o te Māramatanga, the Māori Centre of Research Excellence and a member of the International Association of Corporate Counsel, Corporate Lawyers’ New Zealand, and Te Hunga Roia, the Māori Law Society. 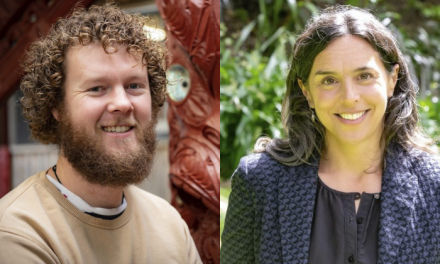