The Kermadecs – what does the government not understand about ‘consult with iwi’? 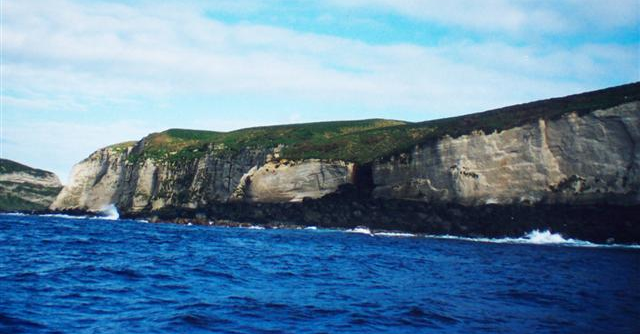 I imagine John Key must have had a lovely warm feeling as he announced before the world (well, the United Nations in New York) that New Zealand was finally going to set up an ocean sanctuary at the Kermadecs, the gorgeous smattering of islands in our exclusive economic zone about halfway between here and Tonga.

I had a similar feeling when I heard the announcement. What’s not to love? The world’s oceans desperately need protection; various studies have been tolling mournful tidings about all kinds of grave problems facing our oceans’ health. By one stroke, New Zealand is now set to better meet our international obligations on protecting coastal and marine spaces.

Our Cabinet, a few days before John Key’s speech at the UN, had simply decided to do what James Cameron (the Titanic director), John Kerry (the current US Secretary of State), and others had been asking us to do. And, once the announcement was made, the Left was falling over themselves to remind us that the Greens submitted a private member’s bill on that very issue a few years back, and that Labour had a policy horse in that race too.

Why, then, is there a problem with such a winning idea?

Well, because the Kermadecs, as a part of New Zealand’s exclusive economic zone, comprises an area from which deepwater quota is currently sourced. So that means the forthcoming sanctuary (comprising a gargantuan 620,000 square kilometres) will be excluded from all fishing and mining. Māori will not be able to source our commercial quota from that area. Nor will there be any opportunity to expand fishing operations in that area.

In simple terms, this contravenes the 1992 commercial fisheries settlement. The “Sealord Deal”, as it became known, provided to Māori in recognition of claim settlement, 10 percent of the quota in the QMS (Quota Management System) as at 1992 — and 20 percent of any new quota. Plus a bunch of cash and other stuff.

Iwi were allocated the quota on a coastline basis, and Aotearoa Fisheries Limited was set up to manage assets on behalf of all iwi, not just those with a coastline. Yes. All iwi have a stake in the commercial fisheries settlement.

It didn’t take long for the first rumblings of Māori discontent to surface at such a loss of opportunity. Nor did it take long for non-Māori commercial fishing interests to voice opposition to the Crown’s plan. Māori (including Te Ohu Kaimoana — the Māori Fisheries Trust) and those other commercial interests, have now filed lawsuits against the Crown.

Okay, I can’t pretend to be an expert in these (or any other) matters, but it’s pretty easy to see why the government has got itself into trouble — and yet more litigation — with Māori over this sanctuary. It was inevitable.

The Gummint had simply, it appears, forgotten to remember the Maoris. Again.

Well, almost. On the day before John Key gave his speech — months, maybe years after the germ of the idea for a sanctuary had developed, and weeks after Cabinet sign-off — Dr Nick Smith made a couple of phone calls to Ngāti Kurī and Te Aupouri, “as a courtesy”, to let them know about the announcement the prime minister was to make in a few hours.

When criticised about this lack of consultation, which is, after all, guaranteed under the 1992 fisheries settlement, Nick Smith huffed: “I do not claim, and have never claimed, that that was consultation.”

Te Aupouri and Ngāti Kurī were then allocated seats on the proposed governance body — and support the initiative, despite their stated disappointment at the lack of consultation.

As we know, however, this is an issue that goes well beyond those two closest iwi. In the Cabinet paper, commercial Māori fishing quota rights (as established in 1992) were dismissed as “nominal quota”. Evidently, they’re an “administrative quirk” because no one had been using them (see para 50 here).

According to Smith & Key, Māori have not fished in the Kermadecs for at least 10 years, and in any event, only about 20 tonnes are caught there every year. If Māori are losing rights, that’s okay, because ALL quota holders are losing rights. And, anyway, just like anyone else, Māori can pick up their quota OUTSIDE the Kermadecs. ‘Cos, well … fish swim, yeah?

It may well be quite right that Māori will be practically untouched in their current daily lives by the creation of this sanctuary. And, actually, the exclusion of fishing from the sanctuary might just make the quota fish caught outside it MORE valuable to Māori. So maybe Māori should just get in behind, support the sanctuary, which is a public GOOD after all, and quit looking like a pack of greedy opportunists.

Wait a minute. Where have I heard talk like that before?

It was just over a year ago, when Dr Nick Smith (what, him again?) unveiled plans to sell off Crown land in Manukau for housing purposes. It was a very welcome move; Auckland desperately needs land for housing development. Except that some of the land to be sold off was subject to a Treaty settlement whereby Ngāti Whātua was to have rights of first refusal in the event of a sale. This decision ended those pre-emptive rights. Pre-emptively. Court action ensued.

A few months later, a new agreement was entered into, and High Court action was withdrawn. And Ngāti Whātua now has first rights to develop housing on the land.

Come on, Nick. I’m sensing a pattern here. First, there’s a public outcry and massive pressure to DO SOMETHING ABOUT A VERY IMPORTANT ISSUE. Then, Dr Nick Smith comes up with a fantastic solution that will create a public good and a warm feeling for all. Except for that pesky — what was the word? Oh yes — “quirk” of a legislated settlement in place, with a right, legislatively bestowed upon Māori in compensation for earlier loss. Then follows a unilateral decision from Dr Nick (and Cabinet) to kill off said right in a defined area. Result? Aggrieved Māori. Surprised and disappointed government. Court action.

We know what comes next, right? Settlement, a new suite of rights or some kind of compensation for the loss of opportunity, or something similar. Remember the foreshore and seabed, anyone?

Ultimately, the sanctuary will go ahead with Māori support, because Māori, too, understand that we need our oceans to be looked after for future generations. But, as the Māori Party co-leader Marama Fox rightly said in the first reading of the Kermadec Ocean Sanctuary Bill, about the furore that erupted in the wake of the announcement:

“All of that could have been avoided, had the conversation been had in the first place. So it is with some trepidation that we support the bill through this first reading stage. We are happy that we are going to have a taonga for all of Aotearoa to enjoy, but let us do our homework properly so that there is nothing to come back on us in the later years and we find ourselves having to relitigate this entire issue.”

So, Dr Nick. The next time you have a bright idea, can you uphold the mana of the Treaty partner by talking deeply to some real live Māori people who are not in the habit of forgetting our social, political and legal history before you go to Cabinet?