The Far Right is Right Here 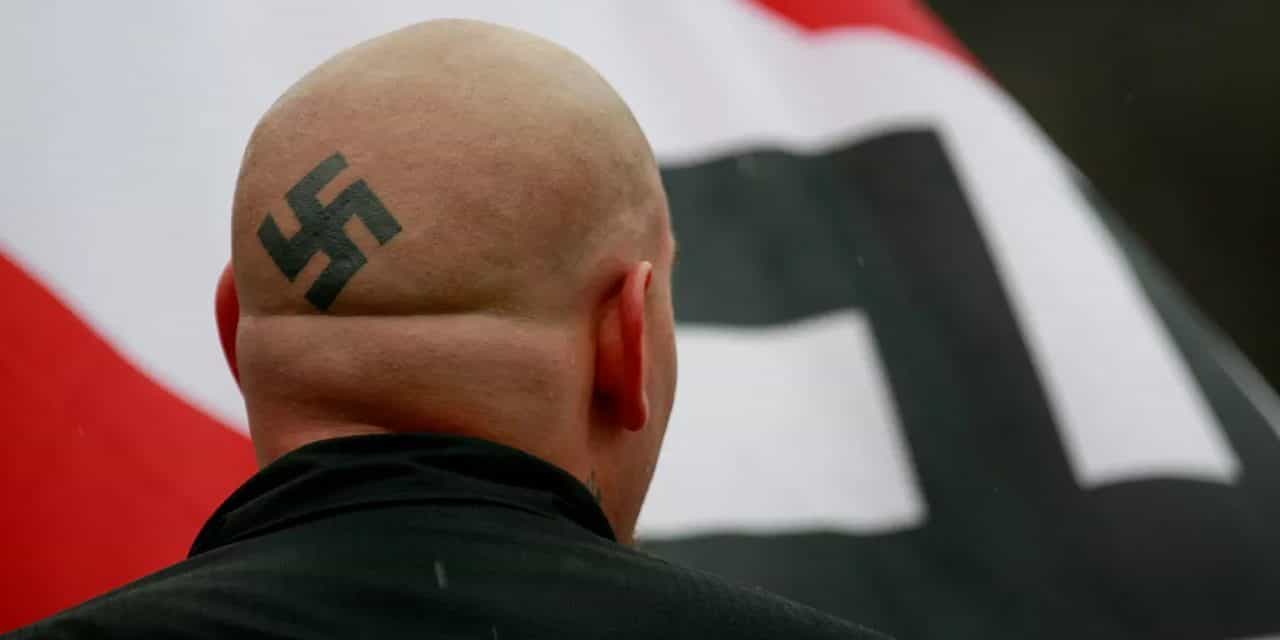 For me, it all began in 1977, as I looked for a thesis topic while studying at the University of Bristol in the UK. I wasn’t sure what to do until a couple of appalling incidents caught my attention.

In one, a Pakistani teenager was held on the ground and a swastika carved in his stomach with a razorblade. And in another, an Indian woman had her sari doused with petrol and set alight in Birmingham.

Both incidents involved members of the National Front, or British National Party, or people who were associated with them. Both jolted my perception about the liberal democracy that, we’d been told, flourished on the other side of the world.

And both contrasted with my experience of my migrant dad from Liverpool, who was always interested in difference and diversity in a positive and non-patronising way.

So I spent the best part of a year studying these groups in the UK. Along the way, I attended the big march at Lewisham and had members of the National Front come and check me out in my flat in Bristol before they would allow access to their members.

I was a little naïve and didn’t fully appreciate what I was getting in to. And there were uncomfortable moments. These are scary people who not only threatened violence but were quite happy to intimidate and attack.

I started to see references to groups in New Zealand and so I wrote to colleagues (you had to write and wait six weeks for a reply in those days) to see if they knew anything. I returned to New Zealand in 1979, and, out of interest, I talked to authorities, specifically the police. They were polite but assured me that no such far right activists were present locally.

I thought about this for a while and gathered some evidence. Still no interest. Still denials. So I eventually spent a good part of the 1980s gathering material for a PhD and looked at more than 70 groups and their members. I interviewed some of them. I attended meetings. I collected or bought their material. (There was a shop in Warners Hotel in Christchurch that used to specialise in far-right conspiracy theorists’ publications).

But things had changed. As New Zealand went through debates about identity, tino rangatiratanga, Pasifika migrants arriving, the UK joining the EEC (as it was then, now the EU), and things got tougher economically, the politics of identity became more significant in an active and often confrontational way. The far right began to mobilise.

I should explain who I mean when I talk about the far right. There was a spectrum.

At one end were the neo-Nazis like the National Socialist White People’s Party which was formed in 1967 and became known for attacking Auckland’s Jewish community and synagogues. It published a pamphlet which had two images, one of Jesus and one of Adolf Hitler, and said something like, “by attacking the Jews I am doing the work of the Lord”.

Under pressure from the Jewish community and others, the police prosecuted two members of the party under what is now the racial incitement provisions of the Human Rights Act. They were convicted, although one had his sentence changed on appeal.

These were the nasties of the far right — inspired by the ideologies and arguments of both a historical European fascism from the 1930s and by contemporary groups like the UK’s National Front.

And, of course, a local National Front was formed. There were a number of these groups but they tended to be quite small and often the same individuals were active in several groups.

There were also what I’d label the “white supremacists of the Empire”, people who argued for the ongoing white domination of South Africa and what was then called Rhodesia — and of New Zealand.

In their view, apartheid was “good” and universal enfranchisement was bad because non-whites were intellectually and culturally inferior — and all the benefits that New Zealand and other colonies of Britain had gained were a direct result of the racial superiority of the British.

There were a lot of groups like this, and they were very active during the 1981 Springbok rugby tour and in debates about racist sport in Aotearoa. Many were British migrants or old school British imperialists, and they were antagonistic to anything which recognised the mana whenua, or anything which departed from British values and practices.

The next group were virulent anti-communists who combined conspiracy theories with strong views about everything from the role of trade unions (which they opposed) to what they saw as Marxist influences in New Zealand’s government. They were influenced by old style Social Credit (with its conspiracy theories about Jews) and groups like the John Birch Society.

They were very active in Christchurch with groups like TRIM (Tax Reduction Integrity Movement). They were active, but not in the way that neo-Nazis were. They fought their battles with groups like the trade unions and in the various businesses they set up, and they were characterised by their often extreme libertarian views mixed with various conspiracy theories, including conspiracies about the influence of Jews and Marxists.

These groups, no matter what part of the spectrum they were from, tended to appear, disappear, and then re-appear in a different form or in other parts of the country.

Christchurch was an important centre for groups like neo-Nazi skinheads and the libertarian conspiratorial right.

Some of this was accidental. A bunch of neo-Nazis and white supremacists were in Paparua Prison in the mid-1990s where they formed the Fourth Reich — and on their release, they went on to murder a number of people purely on ideological and racist grounds.

Fast forward to 2019. Things have changed. On my estimation, the numbers involved in far right politics has declined and there are certainly not as many groups around. But the internet has provided a significant opportunity to connect in secret (through 8chan or 4chan), or more publicly via Facebook or Instagram.

As a result, the local far right is much more internationally connected — and influenced by what is happening around the world. And the anti-Semitism of last century has been replaced (or perhaps supplemented) by anti-Muslim arguments and ideologies, especially after 9/11.

But the far right haven’t gone away.

Some, such as Kyle Chapman, have pulled back from an earlier involvement in groups such as Right Wing Resistance. But RWR and their members are still around.

New groups have formed, such as the Dominion Movement in Wellington. And many towns or cities are resident to white supremacists such as skinheads.

There might not be many in any given place, but that’s not the point. It doesn’t take many to harass and target other minority religious, ethnic, or LGBTI groups. And the recent massacre in Christchurch has highlighted the ever-present threat these groups represent.

A few final comments. I have struggled to convince fellow New Zealanders about some aspects of these groups. There is still denial that these groups are part of our community. The far right is something that other countries have — but not us.

Following on from this is the view that they are so small and irrelevant that we can easily dismiss them. That overlooks two things.

One is that these groups and individuals have been involved in acts of verbal or physical violence going back many years. Remember the neo-Nazi who killed Wayne Motz for no reason in Christchurch, in 1989? Or the murder of the Korean backpacker?

The number of far right groups or individuals is not important. It is their potential to harass and intimidate, and to be violent.

The other issue is that many of us are not the target. The actions and beliefs of these groups are invisible or irrelevant to us in our daily lives. But for those who are targeted, their lives and security are often under constant threat. We should listen to their experiences.

Many people I’ve spoken to about these groups and their beliefs tend to believe that they’re simply misguided. Some might be. But I have encountered articulate and intelligent people who believe in white supremacy. As Arlie Hochschild in the USA has pointed out, we need to take these beliefs seriously as part of a swing to populism — a populism which is prepared to believe in conspiracies, which is anti-immigrant or anti a number of things, and which feels politically marginalised.

There are pragmatic issues that we need to consider: gun control, more careful monitoring of websites and online platforms, hate speech. But, please, let’s agree that the far right is here and it always has the potential to threaten our individual or collective security.

I’ve been intrigued by the far right groups and individuals that I’ve encountered. Their views are not mine. I’m appalled at the way in which they portray others, especially minority racial and religious groups, by their conspiracy theories about Jews or Muslims, and by their constant threat of violence. I don’t always feel safe in my own country.

They are a small part of our national community — but we definitely shouldn’t ignore them, either. Our ignorance and naivety about these groups has been a hard lesson to learn.

Distinguished Professor Paul Spoonley is the pro vice-chancellor of the College of Humanities and Social Sciences at Massey University. He is the author of The Politics of Nostalgia. Racism and the Extreme Right in New Zealand, and in 2018, contributed to a discussion about hate speech along with government colleagues. 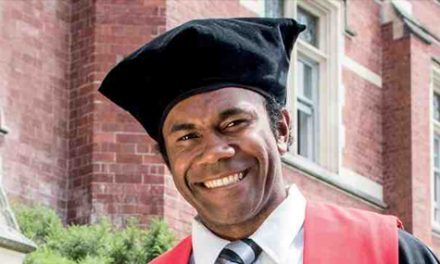 White Ribbon — too white and too polite 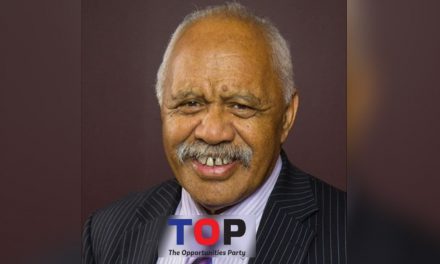 Buddy Mikaere: I’ve tried them all — but I’m standing for TOP 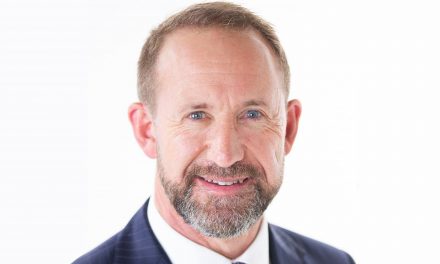 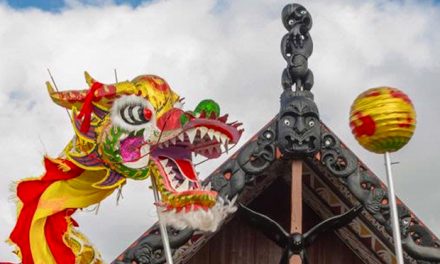 Are Pākehā up for the challenge?