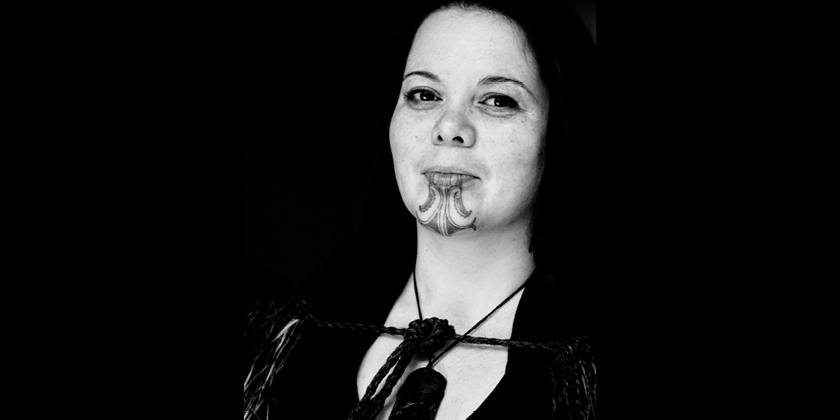 “Māori are being problematised as defiant and uncaring of society, while ignoring the fact that Māori lives have been deprioritised, for the benefit of the state, for generations,” writes Tina Ngata.

We’re not the ones with the trust problem.

I know it’s fascist-fashionable right now to claim we’re living in a police state because one can’t go to the gym or nightclub, but the truth is, Māori have been existing in a police state for a long, long time. It is a police state that has enforced colonial suppression of Māori self-determination. This is a choice that those in power make every single day.

It’s vitally important that people grasp this. When you want to discuss Māori distrust of Crown authority, you can’t set the start of the conversation to March 2020, and you can’t begin from the assumption that Crown authority is legitimate in the first place.

I’m going to take you through what I mean. The Waitangi Tribunal is the government appointed judiciary on Treaty justice. In 2014, the Crown, through the Waitangi Tribunal, formally acknowledged that Māori never ceded sovereignty.

We could go through how they came to that conclusion, but just know that it was two years of expert historians presenting in front of the country’s best Treaty experts, and a further two years of rigorous analysis of that information, to arrive at the finding that sovereignty was never ceded.

It follows, then, that if Hobson didn’t have the right to claim sovereignty by right of cession, then Queen Victoria did not hold legitimate sovereignty over Aotearoa. Which means that she did not hold the rights to establish the government as the administrators of sovereign power in Aotearoa.

And here’s the rub, which people find so unfathomable, and apparently radical, but is completely 100 percent evidence-based: The New Zealand government (like so many colonial governments) is illegitimate, and is operating by application of force.

They don’t hold ultimate power by any just or moral means. They hold power because they have the ability, through the police and ultimately the armed forces, to enact force on you if you don’t comply.

The government acknowledged this through their own judiciary 11 years ago, but because the government has also made the recommendations of the Tribunal unenforceable, it does not have to do anything about those findings. And it has chosen, every day for 11 years and running, to not do anything about that, no doubt because acknowledgment of this history and ongoing injustice undermines their very claim to authority.

It has, instead, again, as many colonial governments do, chosen the route of self-interest and protection of ill-gotten power, through the wielding of force. Instead of Treaty justice, it has opted for the substitute of “kind colonisation”.

Of course, there is no such thing as kind colonisation, and the sustained denial of self-determination continues to underpin poor outcomes for Māori, including in the context of Covid, vaccines and misinformation.

This means that the government has been running a very effective misinformation campaign for 170 years and is continuing to gaslight Māori about its denial of our right to self-determination.

It’s also important to note that there are numerous, numerous studies that illustrate how colonial denial of self-determination results in high mortality rates. These studies have been placed before the government repeatedly, including through the recent Hauora claims process.

If you oppressed Europeans the same way over the same number of generations, they too would die in greater numbers, and die earlier. The overarching communication is this: Māori are disposable in the eyes of the Crown. Māori lives have, for a long time now, been weighed up and valued against the continuation of colonial privilege (and will never outweigh it so long as the Crown holds the scales).

The Stage One report of the Hauora claims lays out the shocking rates of illness and mortality that result from colonisation in excruciating detail:

Stroke mortality was nearly twice as high in Māori than in non-Māori, and the stroke hospitalisation rate for Māori was twice that of non-Māori.

Rheumatic heart disease mortality was more than eight-and-a-half times higher in Māori than in non-Māori.

Māori rates of mortality from all types of cancer were twice those of non-Māori.

For Māori males, the liver cancer registration rate was five-and-a-half times that of non-Māori males.

Rates of stomach cancer registration and mortality were almost three times higher for Māori males than for non-Māori males.

For many cancers the rate ratio for Māori compared with non-Māori is higher for mortality rates than for registration rates. This suggests that Māori with cancer may be more likely to die from their cancer than non-Māori.

Māori aged 5 to 34 were twice as likely to be hospitalised for asthma as non-Māori. Māori aged 15 to 45 years reported an asthma prevalence rate one-and-a-half times that of non-Māori.

Given that this inequity is a well-reported scenario, it stands to reason that this was foreseeable from the outset of Covid’s arrival in Aotearoa.

Our own communities in Matakaoa and Te Whānau ā Apanui highlighted this to the Crown. Where we’ve been able to drive our own vaccination strategies, we’ve done well. That, right there, is the demonstration that success lies in self-determination.

One of our dominant Covid response considerations right now, even with our vaccine progress, are those living outside of our region who are unvaccinated and want to return home in the summer months. It’s an unfair and difficult position to be put in, and all of it was avoidable, had our Treaty partnership been respected from the outset.

And so, instead, we are told that this is a Māori problem, not a colonial problem.

Māori are being problematised as defiant and uncaring of society, while ignoring the fact that Māori lives have been deprioritised (for the benefit of the state) for generations, ignoring that Māori have been frontline responders since forever both for Covid and natural disasters, ignoring the spaces where Māori have taken the lead and it has borne great results.

The unfairness is stinging. Te Rōpū Whakakaupapa Urutā and numerous other Māori and non-Māori health and health research organisations foresaw this, forewarned of this, and were sidelined by the government, and we are now being pushed into an untenable situation.

We were hobbled from the outset, forced to play catch-up, and are now being told the rest of the nation will not wait for us to catch up anyway.

Yet again, we are being told through policy that we are disposable in the interests of everyone else.

The burden could be significantly alleviated today, by the Crown, but it is choosing not to, because it does not trust anyone else with power even when sharing that power is the basis upon which its existence rests (i.e. the Treaty partnership).

It is an everyday choice that the government makes, and while it is OF COURSE urgent that Māori vaccinate, we can’t overlook the role that this broken relationship and intergenerational neglect and devaluing of Māori life plays in vaccine hesitancy, because every day, the government chooses not to treat Māori mortality and risk with the same urgency that it now demands of us.

The fact that they are easing restrictions while Māori are still broadly under-vaccinated is a continuation of that theme.

Tina Ngata (Ngāti Porou) is a researcher and scholar, and the author of Kia Mau: Resisting Colonial Fictions. Her work involves advocacy for environmental, Indigenous and human rights. This includes local, national and international initiatives that highlight the role of settler colonialism in issues such as climate change and waste pollution, and which promote Indigenous conservation as best practice for a globally sustainable future.

This piece was first published in Tina’s blog, and is republished here with permission. 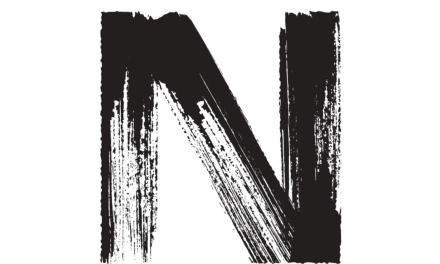 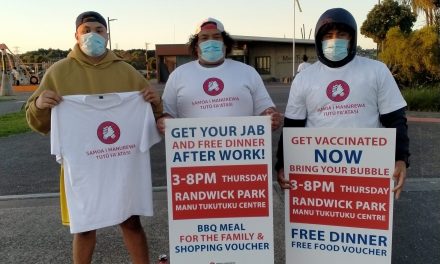