Putting the brakes on equity 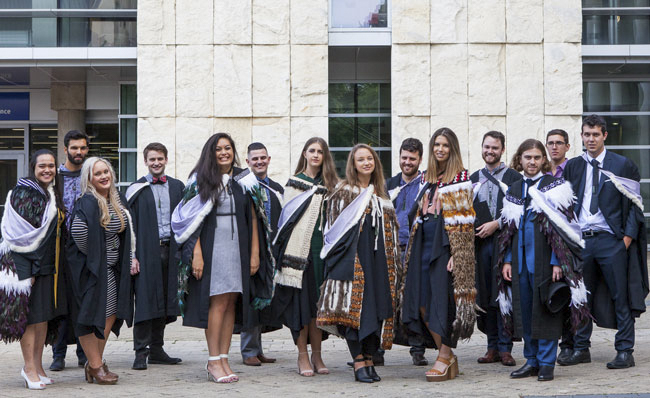 Māori medical school graduates from the class of 2016. (Photo: University of Otago)

Is there such a thing as too much equity? A paper which suggests capping the number of Māori and Pacific students entering Otago University’s medical school, illustrates why equality remains elusive. As a Māori medical student from Otago writes in this anonymous piece, privilege always fights back. As the saying goes: “To the privileged, equality feels like oppression.”

I’m a Māori medical student at Otago University — and like many of us here, I entered the medical school through its targeted pathways programme. I was actually eligible for more than one.

I consider myself intelligent, compassionate, and driven. I whakapapa to te ao Māori’s greatest explorers, scientists, and artists. But despite all this, the statistical cards have been stacked against me since before I was born.

The pathways programmes are intended to boost the number of medical students from under-represented groups — in particular Māori and Pasifika. It’s part of Otago’s “Mirror on Society” policy, which aims to build a health workforce that looks more like the society it serves.

Right now, the pathways have no limits, but that may change if the university decides to adopt a suggestion in a much-publicised and controversial discussion paper to restrict medical school admissions for Māori and Pacific students. The university won’t release the contents of the paper, which is being considered by the medical admissions committee, but it’s understood to suggest a cap of 56 for Māori and 20 for Pasifika students.

Of course, the authors of this discussion paper say that nothing has been decided as yet and it won’t affect the 2021 intake, but let’s just reflect for a moment on what this means. And on the fact that this is even on the table.

The problem isn’t the programme’s failure. In fact, the programme has worked only too well and seems to be a victim of its own success.

Since the Mirror on Society policy was launched in 2012, the numbers of Māori and Pasifika medical students have increased dramatically. Further categories have since been added — refugee, rural, and socioeconomic.

Ten years ago in 2010, Māori filled only 10 percent of the total places, roughly 25 students, and even less Pasifika. In 2020, Otago has 65 Māori students and 25 Pasifika students out of a total of 282 students. That’s a huge increase, and indeed what the programme is meant to achieve.

But, last week, in an interview with RNZ, the pro-vice chancellor, Professor Paul Brunton, seemed to suggest that the university had reached the limits of its drive for equity: “In light of this success, and with additional Mirror on Society categories introduced this year (socioeconomic and refugee), the university considers it timely to look at the regulations.”

It’s perhaps not surprising that the authors of the paper are Professors Brunton and Rathan Subramaniam, neither of whom have grown up here.

Professor Brunton moved to New Zealand from the UK only five years ago to take up the job as dean of the dentistry faculty of in January 2015. Two years ago, he was promoted to pro-vice-chancellor of the division of Health Sciences.

Professor Subramaniam has been the dean of the medical school since February this year. He came here after a 14-year stint in the US, and although he’d previously worked and studied in Auckland, after gaining his medical degree in Australia, this doesn’t seem to have been for a lengthy period.

I don’t hold a personal grudge against either of these men. I’m sure they’re highly technically capable in their fields, and perhaps believe this paper isn’t harmful in its intent.

The question is one of systemic bias and how we keep perpetuating it. Why are we hiring people with little to no knowledge of the New Zealand specific context within which they must operate? Why is this not a key requirement for decision-making positions like this?

I don’t mean superficial talk about honouring Te Tiriti principles and vaguely encouraging minority participation in the health workforce, which are an absolute minimum for many positions in New Zealand. I mean that the skills and knowledge required of these critical positions should include a thorough understanding of the rights of Māori and the history of colonisation.

It takes lifelong dedication to understand these complex issues. At the very least, consultation with the experts who fought so hard to implement these pathways should have been the first step, but, as we know from interviews with RNZ, this didn’t happen.

That this has even been put on the table is a symptom of the inability of those in positions of power to see the invisible privilege they’re trying to preserve. Why are we even looking at restricting a successful programme that’s doing exactly what it was designed to do? Have we reached maximum equity?

Systemic racism is the way that a system favours one ethnicity over another. And without these pathways, the system favours privileged Pākehā New Zealanders. I understand this statement might cause some bristling and outrage but bear with me.

Pākehā New Zealanders are more likely to be accepted into medical school than any of these equity groups, purely because of the way our society is set up.

We’ve all heard and read the deficit-based statistics in the mainstream media. Māori are more likely to be incarcerated, to live in poverty, to have inadequate housing, and to suffer from worse health outcomes.

The invisibility of privilege means that when we see these statistics, we don’t always realise that, for disadvantage to exist, someone must be more advantaged. There’s an invisibility and a privilege that comes from being the default or the norm.

As a population, Pākehā New Zealanders are less likely to be incarcerated, and more likely to have more wealth, better housing, and better health outcomes.

In the context of becoming a doctor, Pākehā students are more likely to have been able to study in a warm dry house, to have gone to a well-resourced school, and to have had access to extra tutoring or preparation programmes for applying to medical school. And the list goes on.

This is in no way an attack on individual Pākehā. This is a systemic advantage. The Pākehā students I study with are absolutely delightful. They’re smart, driven, and on the whole, really nice people. I’d say that most are aware of the need for an equity-based approach for selection to medical school.

But it’s still the case that the Pākehā students I know are so much better equipped to cope with medical school, in a way that isn’t possible for me and most of my equity group friends. Some are third and fourth generation doctors, while many Māori and Pasifika students are the first in their family to go to university. The advantage of having someone in your family who’s been to university and can help you find your way around the system is immense.

Then there’s the ability to buy the equipment needed to study, which can be way out of reach for many students from low decile schools. And having the time and money to complete a medicine prep course instead of having to work part-time after school to help out your whānau.

Who gets these positions in med school if equity students don’t?

Pākehā don’t have to routinely justify their presence in disproportionate numbers in New Zealand’s health workforce, yet I’ve been asked many times about whether it’s fair that I’ll be a doctor because of these pathways.

Our Pākehā classmates wear their acceptance to medicine as if it’s always been their right, which to date it has. In contrast, feeling like an imposter is common among equity students, because we’re existing and studying in a system that wasn’t built for us.

I don’t like focusing on grades because it obscures the value that we bring from our lived experiences, our struggles, and our unique perspectives of what it means to be us. But I can tell you that, once admitted to the programme, we’re some of the top students in our classes, and have to pass the same exams as everyone else to become doctors.

A recent government report has shown that we still remain far from having equity in the health workforce or health outcomes for Māori and other disadvantaged groups.

Pākehā New Zealanders are no more individually responsible for being wealthier, better resourced, or having better health outcomes than individual Māori are for the reverse. The problem is when their actions prop up an inherently racist system. Racism is an active process and so anti-racism must be also.

Imagine the uproar if the university was to “discuss” the number of women allowed entry to the medical school programme. In fact, these exact debates were had in 1891, and yet they’d be completely unacceptable today, if not laughable.

According to the Medical Council, in 2018, 45.8 percent of registered doctors were women, although they make up 50.84 percent of the population. But even though the majority of medical students are now women, no one’s suggesting that we should cap the number of women allowed into medical school.

Until we remove the barriers for Māori, Pasifika and other groups, we need unrestricted equity pathways to help even the playing field.

As a nation, we’re becoming more and more aware of the inherent racism imbedded in our institutions. Just last week, we saw  Māori teachers at Waikato University calling out the systemic racism they’re experiencing in the selection and retention of staff, and the blindness of the university management to the successes of Māori within their organisation.

Here at Otago, my lovely fellow Pākehā medical students wring their hands and ask: “What can we do to help?”

You can help by actively fighting those who are trying to reverse progress for Māori and other minority groups.

You can help by recognising and talking about the other, invisible side of privilege. If someone is being disadvantaged, there’s someone who has an advantage. We have enough privileged Pākehā doctors.

To fight racism, we need to keep shining light on the invisible.