No time to be humble 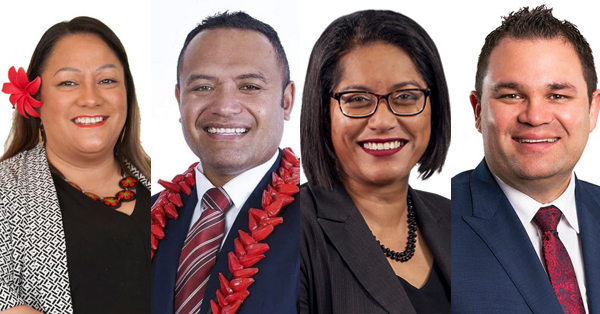 Last weekend’s election delivered the largest ever number of Pacific MPs. But expectations of them are high — and rightly so, writes Emmaline Pickering-Martin.

What a time to be Pacific in politics.

Along with a record number of Māori MPs and the most diverse parliament we’ve ever seen, last weekend’s election has delivered us our largest ever Pacific caucus — 11 people with broad expertise and depth that I’d argue we haven’t seen before.

As a mum, a student, a teacher, a brown Pacific woman, I’m cautiously optimistic that our Pacific MPs will deliver for our Pacific people. They have to — and fast. Our communities’ needs can’t wait.

All but one of the team of 11 are Labour MPs — that’s Palmerston North-based Teanau Tuiono, the Green Party’s first Pacific MP. He’s a longtime activist and father of four with a law degree from Auckland University. He has worked as an education consultant, and for the United Nations and several NGOs.

Unfortunately (or fortunately depending on where you stand), National’s two Pacific MPs, Alfred Ngaro and Agnes Loheni, are both out, victims of their party’s dismal performance. 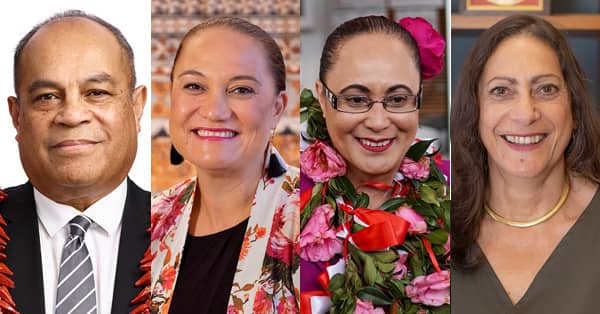 But all of Labour’s six last-term MPs are back. Four of them — Carmel Sepuloni for Kelston, Jenny Salesa for Panmure-Ōtāhuhu (formerly Manukau East), Aupito William Sio for Māngere, and Poto Williams for Christchurch East — comfortably won their electorates.

Meanwhile, Kris Faafoi, who stepped away from his electorate seat in Mana early this year, and Tongan-born Anahila Kanongata’a-Suisuiki have returned to parliament as Labour List MPs. And there’s still a possibility of another List MP once final numbers are known — Lemauga Lydia Sosene, who chairs the Māngere-Ōtāhuhu local board and has been with the Auckland Council since its amalgamation in 2010. 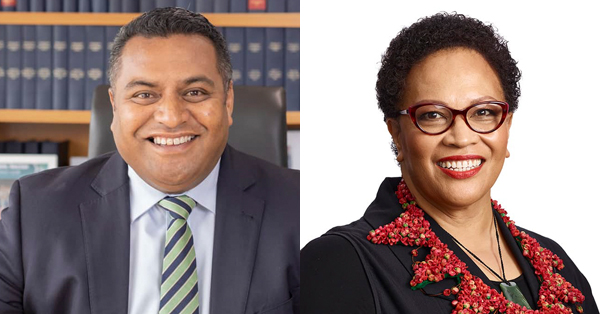 Labour List MPs Kris Faafoi and Anahila Kanongata’a-Suisuiki are back in.

As I said, there’s good reason to be at least a little excited about the new crop. As Aupito told RNZ, Labour’s newbies are “young, articulate, intellectual, bilingual, bicultural MPs”.

Terisa Ngobi (Sāmoan and Scottish whakapapa), who won the Ōtaki seat held by National for the last 12 years, was born and raised in Levin, studied public policy and Pasifika studies at Victoria University, and worked for 15 years in social service roles in housing, education, welfare, mental health and disabilities. Her husband Henry is from Uganda, and they have three young boys.

South Auckland GP Dr Neru Leavasa (Sāmoan), who won the newly formed Takanini electorate, is a cancer survivor who has lived in South Auckland for 30 years. He’s married with one son, and has done a couple of stints in the Pacific with both the Red Cross and a doctors volunteer organisation. He now runs a fitness-based Christian healthcare service, VO2 Healthcare, in Māngere, as well as a virtual health service, The Waiting Room. He’s also been a team doctor for the Manukau Rovers women’s rugby team, the Auckland Colts, the Pacific Barbarians, Ponsonby Rugby, Papatoetoe Wildcats, the Blues, and Manu Sāmoa. And he was the ringside physician for boxer David Tua.

Barbara Edmonds (Sāmoan) takes over from Kris Faafoi as the new Mana MP with a massive 22,000 votes. She grew up on Auckland’s North Shore and went to Carmel College and Auckland University, but has lived in Titahi Bay, Porirua for the last 12 years with husband Chris (Ngāpuhi) and their eight children.

Barbara is a specialist tax lawyer whose public service career, mainly in Inland Revenue, has included secondments to the offices of National ministers Judith Collins and Michael Woodhouse and Labour’s Stuart Nash. So she’s well acquainted with Wellington and parliament. 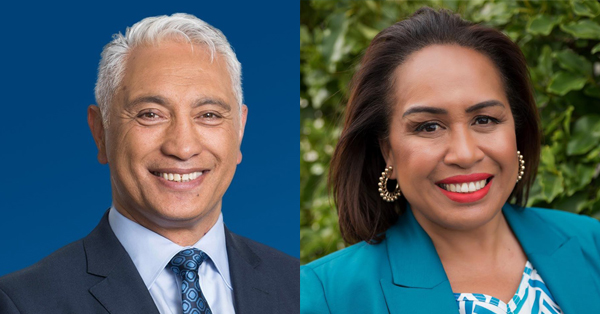 National’s two Pacific MPs Alferd Ngaro and Agnes Loheni are out of parliament after their party’s dismal performance.

So far so good, but now what? How do we ensure this increased representation will translate to real and meaningful change for our Pacific communities?

Yes, it’s a wonderful thing to be represented in high numbers, but that comes, quite obviously, with a lot of expectation. Aupito William Sio acknowledged that when he told RNZ: “I’m excited, but I also feel the weight of responsibility that my colleagues and I have to deliver for our community.”

And so he should. Expectation isn’t a bad thing. We don’t elect officials to just be there and ride the wave. We need loud political activism.

We know from multiple sources, including surveys from Pacific Votes Count and the Cause Collective that the issues Pacific people care most about are housing, poverty, and climate change.

These are all urgent needs, and unfortunately, there’s no time to “ease” into the new job. Our Pacific people are suffering right now. We simply don’t have the luxury of time.

We need to see movement in housing, especially in our Pacific electorates. I’m tired of hearing even our own politicians buy into the myth that first-home buyers’ schemes are making the new houses they’re building “affordable”.

Affordable for whom? How are our Pacific people going to afford homes in the $700k to $800k range? We can’t buy homes if we’re not being paid fairly and can’t even feed our kids. What do they have in place to actually raise our incomes so we can afford these homes? Pacific women are on average the lowest paid in the entire country with a pay gap of 21 percent. They are the absolute heart of our communities and yet can barely afford to put food on the table let alone buy a home.

On top of that, there are educational needs across the board, including in higher education. We want to see this government addressing systemic racism across the whole of the education system.

Things that affect our islands will be important, too. Our Pacific MPs must be forward thinking in their approach to climate change and climate justice policies. Labour would do well to take some of the Greens’ policy ideas and weave them into their own.

We should be pushing for “travel bubbles” with our Pacific countries before Australia. We should be looking out for our RSE seasonal workers from the Pacific nations.

Pacific MPs need to come up with meaningful change. They owe it to us, their supporters to champion the big issues. Like a Universal Basic Income.

So there really isn’t time or space for the old “be humble” buzz.

I understand the tension between living in a contemporary world and Pacific cultural values — humility, respect, deference to authority. But to be completely honest, if we aren’t playing the political game, don’t bother claiming cultural values.

If you want to practise tautua and serve us well, then please go in there and fight — ugly fight if you have to, behind closed doors. We don’t need: “I’m new, it’s not my place yet.” We need action, and we need it now.

There are too many of our people suffering right now. It’s not just Pacific people either, but our tangata whenua. As their whanaunga, it’s imperative that our Pacific MPs champion Māori rights too.

I hope that Labour takes advantage of the diversity and doesn’t shy away from the big issues. There can be no more coasting on “but we’re in a global pandemic”. Sis, we know we are, and it isn’t going anywhere, but that’s no excuse to be ignoring or downplaying our everyday needs.

Our Pacific MPs seem like amazing human beings with a wonderful array of talents and education and service behind them.

So while we celebrate our representation and Cheeeehoooo! them in, we need to ensure we’re being very clear that we expect them to do their jobs, and do them well. I hope that over the next three years they really do the mahi so we can all finally get some much-needed treats.

By treats, I mean having enough money in our bank accounts to feed our families and provide them with warm, stable homes. Basic human rights. This is what this new Pacific representation should bring us. 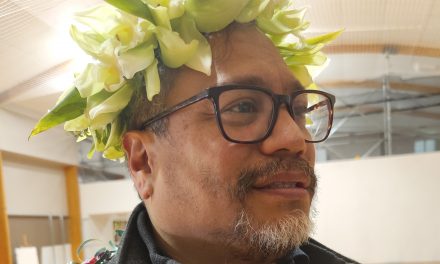 Teanau Tuiono: I knew I had to do more