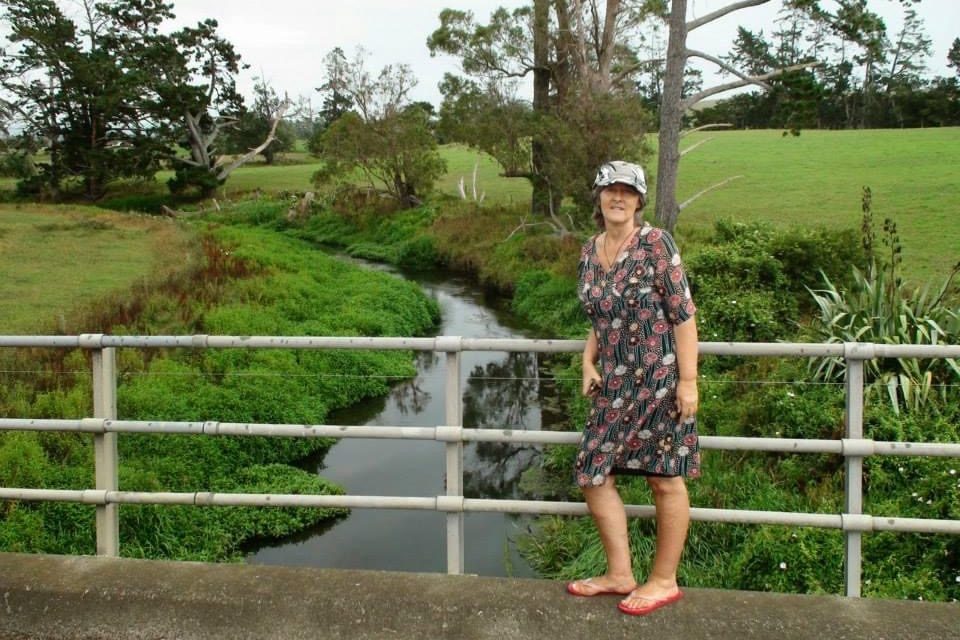 Catherine at Waipao Stream which flows out of Porotī Springs. All seven kilometres of its banks have been planted by Te Uriroroi. (Photo supplied)

The government is moving to take the management of water away from the 67 councils currently doing the job (badly, according to the rivers of evidence). It’s introducing legislation to put it into the hands of four publicly-owned water entities.

The proposed reform includes joint oversight by mana whenua, so it’s being fiercely opposed in some quarters. But, as Catherine Delahunty writes here, the need for change has been clear for some time — unlike the water in many parts of the country.

Drinking water, stormwater, wastewater. These “three waters” are identified as being in crisis in this country.

But there is so much more to water politics than water. The water itself seems to be the least of it.

There has been a flood of racist rhetoric against the government proposal to include tangata whenua voices. There are Groundswell farming people waving banners on street corners, protesters haranguing politicians on Parliament grounds, and fiery public meetings in small towns.

But, if you step back from the fight between councils and the Crown, and visit water at home, it’s a different story.

Several years ago, I was out on the Wairua River, near Whangārei, in a patrol boat with water protector Millan Ruka.

Millan doesn’t use many words for water because he’s too busy steering the boat and taking a video of cows in the mud, whose tūtae and mimi are entering the current.

The pollution apparently disappears into the water, but water is always moving, carrying the pollutants into food chains, into the bodies of the many living creatures and plants, and into the water pipes.

“Look at that,” Millan says, pointing at a single electric fence wire now trampled into the crumbling bank.

Later, he show us the list of reports he and others have sent to the Northland Regional Council and to the Whangārei District Council.

He’s out on the rivers most days, recording failure. Even when fences are effective, the urine patches in the fields from too many cows show up in the nitrogen figures in the water. This river, like many others, is sad and frothy when it should be clear and sparkling.

Millan founded the Environmental River Patrol, which aims to restore the Māngere and Wairua Rivers, protecting habitat and fisheries from the impacts of unfenced farming and population. A kaitiaki mo nga awa, he is a champion for tuna and wai.

He’s from Porotī Springs. His people are freshwater people, and they do not give up on their awa. 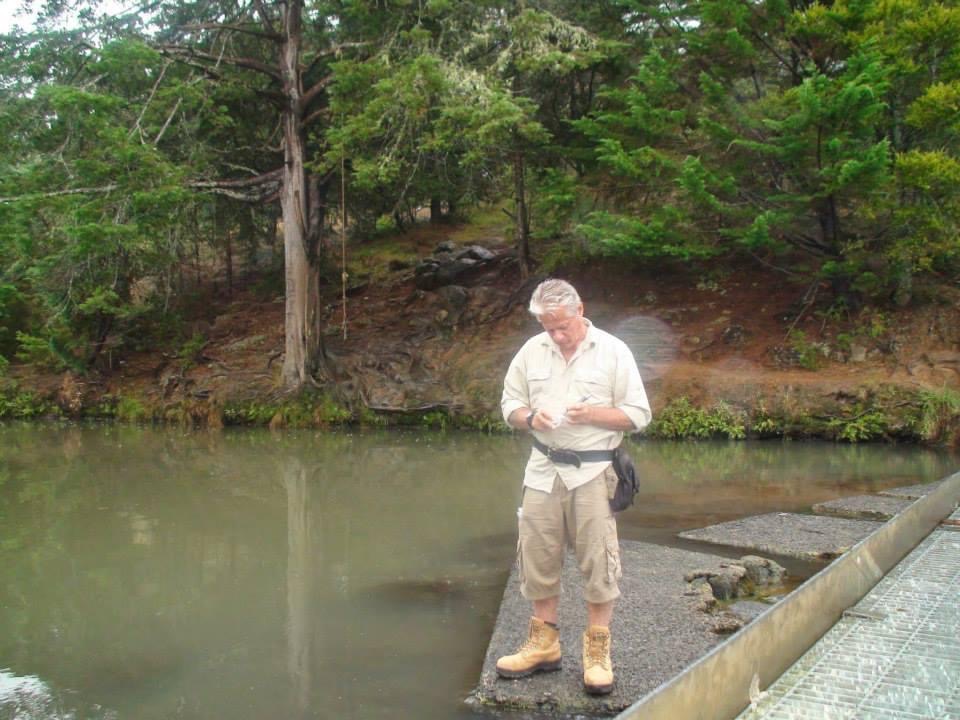 Up to 60 per cent of the human body is water. We humans cannot live without rain, awa or aquifer. We can’t go a day without a drink. I thought about this while sitting in a big public meeting in Havelock North in 2016. People were angrily but politely seeking answers as to why their town water supply was polluted and they were getting sick.

The question that burned into my mind that night was from a tangata whenua speaker, who stood up and asked the health authorities: “How come when you rang all the schools and early childhood centres and told them to turn off the taps at once, you never called our kōhanga reo?”

I think of that comment whenever I hear people making disparaging comments about the proposed Three Waters reforms, which provides for strong iwi membership of regional bodies to manage water.

It’s not just Havelock North — many smaller towns have unreliable access to  freshwater. Turns out water isn’t a given, and not everyone can afford to buy it in plastic bottles at the garage.

Let’s talk about wastewater. Wastewater is an interesting word. It’s something we’ve created by contaminating freshwater with human waste. We have indeed “wasted” it. We act like there’s no other option than polluting freshwater with wastewater, and councils have led the charge on this approach.

I know there are other options, because I’ve spent years in hearings about wastewater where tangata whenua and other citizens have called for some creativity in dealing with human waste, or at the least dealing with wastewater.

Early in the 2000s, we set up a group in Tūranganui-a-Kiwa to challenge the Gisborne District Council, which was pumping the raw sewage from 40,000 people through a sieve called a milliscreen into the food basket at Waikanae Beach.

You could stand on Titirangi maunga, above the town, and watch the stream of shit leaving the underwater pipe and entering the surf break.

Tangata whenua and a few of us Pākehā formed the action group Oho Ake. Our bumper sticker said: “Kaore te paru.” Many more people came to our public meeting than to the council “consultation”.

A survey of the community showed strong support for a clean-up of this wastewater and a commitment to removing it from the bay. The council had spent years saying this was too expensive for the struggling poor of Gisborne. That survey showed staunch support for change. Yet nothing happened.

We were too big a town to qualify for government subsidies that might pay for new technology, so the rūnanga led a court battle to demand change. The kaumātua laid down the wero of wanting this paru out of the bay.

That was the goal we needed to work for. The rūnanga spent their precious settlement funds on this fight, and they won.

My partner, a scientist, argued that land-based disposal of wastewater should be used on fibre, forestry, fuel crops and flowers — not food. In the years that followed, some actual treatment of the sewage was brought in, but the struggle remains to get that pipe out of the bay.

The third water, stormwater, is always an issue because in huge rain events every system for pumping the water from the streets overflows. In some communities, the pipe that carries your toilet waste is also carrying trade waste from factories and stormwater. The old pipes leak and overflow, and the water from our streets, sodden with hydrocarbons from car wheels and petrol fumes, oozes down to local rivers and eventually into the sea.

I was a co-creator of SAN, the Sewage Action Network, a small group of people from across the motu supporting the endless local fights on wastewater and stormwater pollution. Tireless campaigners like Phil Taueki from Lake Horowhenua, Malibu Hamilton from Whaingaroa, and Sue Henare from Moerewa, met to encourage each other. Hokianga was represented by a group of local tangata whenua and Pākehā, including the dedicated Janine McVeagh.

The struggle was one of values towards water and recognition of Te Tiriti issues. Lack of money was the main council excuse for delayed action on pollution.

I also worked for three years as mediator on wastewater issues at Whaingaroa. On one side was the Waikato District Council, and on the other Tainui Awhiro and some green locals. Tex Rickard and his daughter Angeline Greensill led the fight, as they have on so many essential issues.

The mediation was as much about colonisation as technology, and I will never forget the dignity and mana of the Rickard whānau in that prolonged and painful process. As always, years of effort led to partial improvement but no fundamental shifts in council attitudes.

None of us who have been through those endless court cases, working groups, protests and debates have faith that councils can be rightfully described as guardians of water or of the needs of people. Equally, none of us gets excited by government leadership on water, or expert consultants commissioned by councils or corporate interests.

The only people who absolutely must be at the table are the tangata whenua, whose rights under Te Tiriti are undeniable.

It’s well past time for a change, not only in the model of who “owns the water assets”, but also in deciding what values will be the basis for our relationship with water.

Maybe the Crown can do better on water protection and just management of water — it would be hard to do worse in some places — but it needs the Treaty relationship to be the basis of the change.

I am not a reo speaker, but I understand that te reo includes more than half a dozen words and a number of categories for water, and none of them are about assets, profit, or a tradeable commodity.

We need the people with all those water words leading water-sharing and protection. We need to stop exploiting the taonga and start using it with respect and care.

Our everyday practices need to follow Maōri authority and tikanga Māori in managing water. If water is protected from agricultural or urban pollution, everyone benefits. 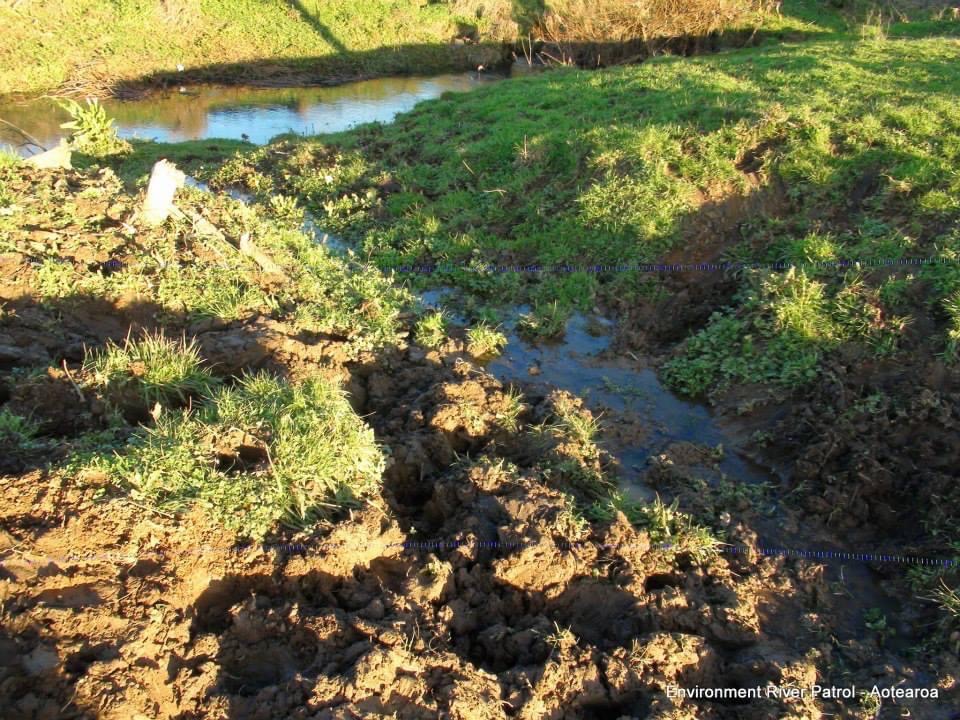 The fight over Three Waters is a struggle over the assets and wealth associated with controlling water.

It’s clear that much of local government has failed water quality on most fronts. The Crown is proposing something which might take us a step closer to Te Tiriti relationships. Hence the backlash from people fearful of that idea, who talk about “local democracy” being the best model.

Whatever the model, we won’t see a change in water quality until the values change. The Waikirikiri awa will be full of algae every summer, unswimmable. The Tukituki awa will be the same. The Waihou and Piako awa will continue to be degraded channels polluting Tikapa Moana/Hauraki Gulf with agricultural sediment and nitrates, while sewage and industrial waste floods in from the Waitematā harbour.

But I have met the people working for something better, with reverence for water and an understanding that rivers are not drains to that mythical place, “away”, where we can pretend there are no consequences for our continuing neglect.

Their voices can guide us into a healthy relationship with freshwater. 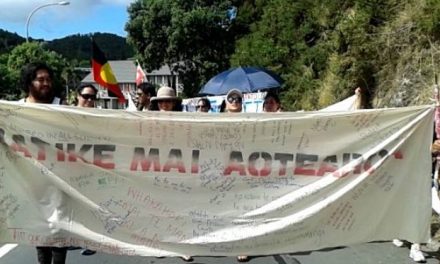 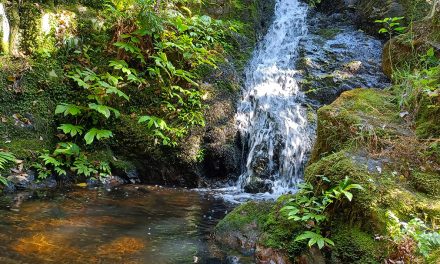 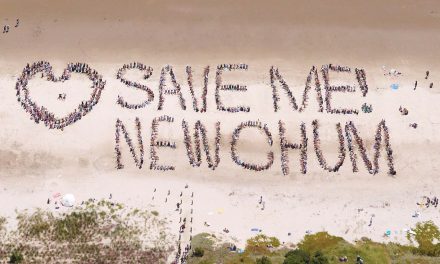 The love of place