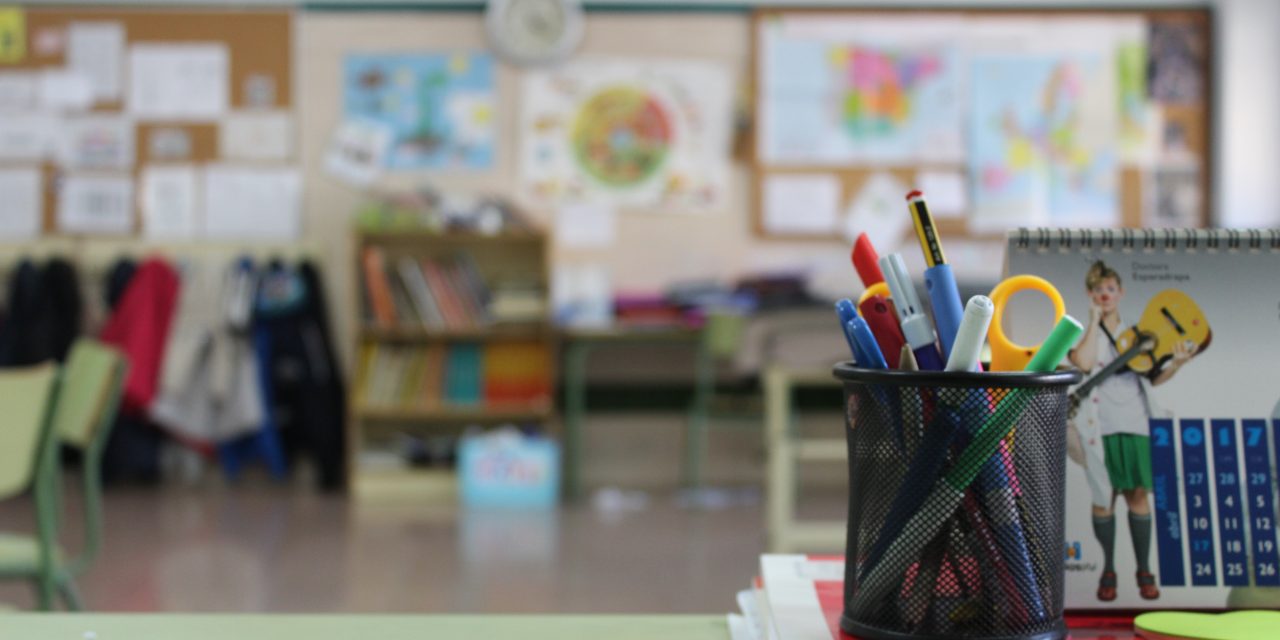 Our daughter turned eight this week. She is a bright, happy and curious little girl with lots of friends. She’s in the bilingual unit at Westmere Primary. Cool principal and gifted teachers. Awesome, engaged whānau.

After school, she logs on to Study Ladder. She nails the homework fairly quickly, but it doesn’t take long for me to hear the annoying accent of the ever-perky DanTDM. She can’t help herself. She’d play Minecraft online all day if we let her. Hey, she’s a kid, and kids need supervision. So do teenagers.

This week our Minister of Education dropped a hell of a clanger. Hekia Parata announced that students would soon have the option of signing up to an “accredited online learning provider” instead of turning up to school. According to the minister, it’s time for New Zealand kids to “move into the digital age.”

Newsflash. They already are. It’s everywhere. Unavoidable. You’re soaking in it.

I can see the appeal. Avoiding the Auckland motorway would be cool. As a person who works from home (and most parents don’t), I can imagine me and my child bonding after a late breakfast, and then shuffling off to our respective computers, still in our PJs. We could have lunch together and go for little walks down the beach, in between her virtual math and cyber science.

Much as I love my daughter, I’ve got stuff to do. And while there are definitely parents more useless than me, I wouldn’t be much chop even as a supervisor. When a lot of grown-ups aren’t that hot at “self-pacing,” you can’t expect teenagers to be.

My mum is a digi-kuia. But even she reckons we need to get kids off devices, that school isn’t just about the academics. She’s got a point.

One of the best things about watching our daughter grow up is to witness the joy she and her mates have for each other. We watch them play, hear them chatter, solve problems and use their imaginations. They openly hug and hold hands. Once in a while, they have a wee tiff. But because they’ve grown up together, they understand each other and sort through it. At school, kids learn to interact with children who have disabilities or come from different cultures and religions. They learn to ask for help and to help others. Danish schools even teach empathy — all groundwork to create fully-functioning adults.

How will cyber-schooling address those areas, especially for rangatahi from dodgy homes? And even now, when every student in the real-school classroom is online, how do teachers protect kids from all the dodgy cyber stuff?

Right. Let’s focus on building up real schools then.

I was on the BOT of a real school once. It’s like running a small country. Man, those teachers can multitask. They teach, coach, counsel, make resources, run kapa haka, organise fundraisers, patrol pedestrian crossings, make health checks — and then there’s those endless reports. They make sure every child is safe, fed and watered. They monitor how students interact with each other and try to build relationships with the community and iwi.

So where will these new online schools come from? The minister says that schools can be providers.

I’m having a flashback to Air New Zealand staff manning those self-service stations in terminals, helpfully showing passengers what to do. And smiling through gritted teeth, knowing that, if they did a good enough job, they could do themselves out of a job further down the track.

The minister helpfully suggested that an approved body corporate could be an online provider too.

The Walton Family Foundation is in the business of charter schools. It spent one billion dollars to create a quarter of the 6700 publicly funded charter schools in the US. The foundation commissioned three reports into its own cyber schools. The findings led them to declare that all online public school instruction delivered by cyber charter schools had been a “colossal disaster” for most students.

“If virtual charters were grouped together and ranked as a single school district,” wrote the foundation’s Marc Sternberg and March Holley, “it would be the ninth largest in the country and among the worst performing.”

Critics suggest that the foundation confessing to the failure of cyber schools is purely strategic. By amputating the gangrenous cyber schools, the controversial charter schools have a better chance of survival.

Confession. I’m not 100 percent against charter schools. I’ve seen two in action, and one of them caters for families who are really struggling. Once in a while, the teachers at that school take the kids out or arrange a treat for them on the weekend. I figure that when a school is still looking out for its students on the weekend, that’s commitment.

But charter schools aren’t the end game. Yes, there are some useless schools and dopey teachers out there. But the government has to take the blame for much failure.

For example, when it comes to teaching Māori, teachers are like hen’s teeth.

And what about Māori underachievement? One answer is to strengthen existing schools, support the professional development of teachers, revive and bolster strategies like Te Kotahitanga and Ka Hikitia — and recruit new teachers by rebranding teaching as the noble profession, as something of value.

You can already learn te reo online — unless you’re in some spots up north where you can’t even pick up cell phone coverage, let alone broadband. But one of the special and unique characteristics of Māori education is our pedagogy — our way of teaching. Things like the teina-tuakana concept. The use of kapa haka to build teams and individual self-esteem. The incorporation of the Māori worldview across the curriculum. The role-modelling reflected in ritual. In tikanga.

And how about real-life human touch?

My sister Lisa is the principal at Whangara on the East Coast. She travelled to Finland to learn about their world-class education system. My brother Maru teaches maths in Māori at Te Kura o Te Koutu. He spent weeks in Mexico with his students who are fluent in Māori, English and Spanish. Our mate Angus Douglas took students from Te Wharekura o Mauao to Stanford University.

The best educators are always looking for new, innovative ideas from here and overseas. They want to nurture critical, flexible thinkers — to encourage creativity and collaboration. After all, education is about investing in our society and our future.

Instead, schools are drowning in paperwork, data collection and compliance. And unions are constantly in reaction mode. It’s depressing for teachers. There’s no semblance of trust, let alone respect, between the government and our educators.

It’s not hard to jump to the conclusion that it’s all about the dollar. According to the documentary “World Class? Inside New Zealand Education”, 400 schools have closed in the last 15 years largely on the advice of Treasury, which declared that bigger schools are more cost effective than smaller schools.

Look at the potential savings online schools could bring. Transport — think of all the cars and buses off the roads. Housing — all that real estate space created by downsizing or simply razing empty school buildings. Finance — fewer pupils means fewer teachers. And health — no more catching bugs and kutu off other kids.

The Ministry of Education is now seeking a response from the education sector to its seven new proposals for funding. The global budget will remove the split between funding for staff and cash for operations. In other words, the cost of teachers will have to be traded off against operational costs that schools face. Yes, those multitasking teachers will have to do the same amount of work but probably for way less money.

Teachers are planning a stopwork to get their heads around all this.

So, when the government and media start prattling on about how inconvenient the stopwork is for “all the workers,” the rest of us need to express some solidarity. Educators are workers too. And they are doing the most important work of all.