Moana Jackson: Prison should never be the only answer 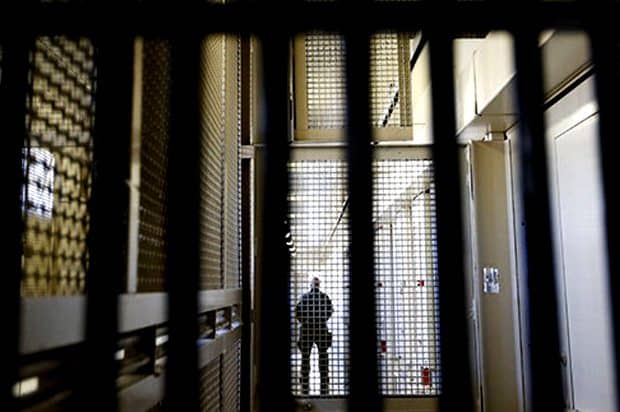 The recent election had its usual, predictable talk about law and order — and that talk ranged from promoting boot camps and military-style discipline for young offenders to expanding the “three strikes” rule to include burglary. The discussion was often punitive and always lacking in imagination, understanding, and compassion.

One mark of a compassionate and civilised society is how well it treats those who cause harm and those who are harmed. To hurt another individual through a personal attack or an assault on things held precious, is to disrupt their lives and the wellbeing of the community as a whole.

For that reason, all societies have developed systems and values to lessen the risk of harm and to protect those who are vulnerable or might be hurt. The definition of what is a crime and the methods of dealing with it are culturally prescribed.

Through the centuries, most indigenous peoples established a system that saw wrongdoing as an offence against the relationships which held the community together, including the relationships with the land and waters upon which the life of every person ultimately depended.

In instances of personal harm, it sought remedy by restoring the balance between the wrongdoer and the victim through mediation processes involving sanction and recompense.

Indeed, the idea of utu (which is still misunderstood as “revenge”) was actually a means of restoring balance. And the idea of confining a wrongdoer in something like a prison would have been culturally incomprehensible. Maintaining “law and order” simply involved holding the individual wrongdoer accountable, while easing the hurt of the victim within a broad set of collective and reciprocal obligations.

The aim of the law was to restore whakapapa, in its broadest sense of an interrelationship between peoples, and between people and their environment. And reconciliation was the logical conclusion of the legal process.

Western European countries, including Britain, developed a different system that also valued relationships. But it framed crime as an offence against an all-powerful god or state.

Over time, as private property became what the philosopher John Locke called “the sole end of government”, the notion of wrongdoing became increasingly fixated on ownership. That included the ownership of other humans in the sordid property of slavery.

Maintaining what became known as the sanctity of property rights became the aim of the law, and sanctioning the wrongdoer through harsh punishment, and eventually imprisonment, were the logical conclusion of the legal process.

Since 1840, New Zealand has of course suppressed any notion of Māori reconciliatory justice and replaced it with the Western confinement model in the colonising rhetoric of one law for all.

When the colonisers first arrived here, the idea of incarceration had been part of their law for only a comparatively short time, but the first crude raupo prisons were built a few weeks after the signing of the Treaty of Waitangi. The punitive will to contain and reprimand those who caused harm to people or property merged easily with the violent will to establish a new colonising state based on the dispossession of iwi and hapū.

Today, prisons are such an accepted part of the criminal justice system that their relatively recent introduction is forgotten and they seem just a natural part of how crime needs to be dealt with.

Although notions of offender rehabilitation and even restorative practices are promoted within the criminal justice system, the punitive restrictions of imprisonment remain its ultimate threat. As a result, New Zealand now has one of the highest rates of imprisonment in the world — and it is building jails at a pace that matches, in per capita terms, the prison industrial complex in the United States.

Most distressingly, they also mock the many changes made in recent decades to construct a Treaty-based society, especially as the majority of those behind bars are Māori, and the system itself reflects a punishing and very real racism.

While colonisation has been driven by interconnected political and economic motives, its base rationalisation has always been the racist assumption that non-white “others” were inferior. Those who came here in the first waves of colonisation learned that racism, and they gave social and political expression to it in their justifications for taking Māori land and power.

Yet the fact of racism is denied like an embarrassing family history that is hidden away in case it disturbs the good impression people wish to create. If it is acknowledged, it is repositioned as an individual failing, such as when a young Māori is profiled by an over-zealous security guard as a potential shoplifter.

If instances of institutional racism are identified, they tend to be described as operational shortcomings, which leave unchallenged the racism implicit in the institution’s original imposition in a land which already had its own sites of power and its own way of managing harm.

Redefining or silencing racism has become fundamental to the Kiwi sense of self. Often, it is vehemently denied with evidence of the many Māori and Pākehā who do have warm and intimate relations as family and friends — or the personal retort that a person can’t be racist because he or she has Māori mokopuna.

Personal circumstances, however, don’t negate systemic reality. Indeed, just as marriage between a man and a woman hasn’t destroyed patriarchy, so the close relationships between individuals do not in themselves refute the systemic nature of colonisation’s racism.

In many ways, prisons are the starkest symbol of that racist history. And the disproportionate rate of Māori imprisonment is mirrored in the figures for indigenous peoples who have also been colonised in Australia, Canada, and the United States.

Thus Māori men have made up roughly 52 percent of the New Zealand male prison population for decades and that figure parallels the rates for other indigenous men.

The rate for Māori women inmates has actually grown since the 1980s from less than 20 percent to nearly 60 percent of the total female prison population. And that also matches comparable indigenous figures overseas.

Those are sadly shameful statistics — and the particular tragedies which they indicate in the lives of both the victims and the wrongdoers are well known and have been the subject of research over and over again.

Most research findings suggest that the high rates are caused by greater levels of socio-economic deprivation and by the large number of so-called dysfunctional families among indigenous communities.

However, Māori and other indigenous peoples aren’t born genetically poor nor collectively dysfunctional. Instead, it has been the dispossession through colonisation that has created the deprivation and that has destroyed the cohesion of once strong family units.

No Māori prisoner can be isolated from the collective costs of that traumatic dispossession. Nor from the racism which underpins it. Yet the criminal justice system, like society itself, shies away from that reality and shies away from even naming its racism.

The acknowledged existence of police discrimination is, for example, renamed as “unconscious bias”, and academics regularly suggest that the word “racist” should not be used in describing the criminal justice system because it is emotive and unhelpful.

On the positive side, among the many policy initiatives in recent years, there has been an emphasis on the obvious links between the damage done to Māori culture in the past and the consequent cultural deprivation still suffered by many Māori today.

Those links are important, and the replacement of the cultural denigration of the past with greater cultural respect now is helpful in restoring some pride and sense of belonging for those often young Māori who end up in prison. However, learning a waiata or the reo doesn’t address the underpinning racism which prisons represent. Neither does it reduce the number of incarcerated Māori, or the rate of reoffending.

In much the same way, the Treaty settlements don’t settle all that needs to be settled, because they don’t address the constitutional dynamics of colonisation. So the unwillingness of the criminal justice system to address the wider contexts of dispossession and racism may be seen as an entrenchment of an old and unchanging will to punish.

There is a very real need for a different kind of understanding if the dreadful costs of wrongdoing and the institutional response to it are to be addressed.

Acknowledging the wider causative factors that impact upon a young Māori man or woman in jail is not to excuse the wrong they may have done, nor to exempt them from their individual responsibility. But it does clarify the cause and context without which resolution and reconciliation is impossible.

The 1988 report on “Māori and the Criminal Justice System: He Whaipaanga Hou” recorded Māori “thoughts and perspectives on why so many Māori become involved in crime, what happens to them when they do, and what can be done to break the pattern of confinement and hurt. They make up a story which for many Māori people was sad in the telling, angry in the explanation, and frustrating in the expectation of little positive response”.

It is regrettable that, nearly 30 years on, that same story is still being told with the same frustration that nothing really changes.

In a meaningful Treaty relationship, we should expect more than that. And, in a truly compassionate society, we should be able to envision something different in relation to all those who do wrong and all those who are hurt by the wrong.

Prison should never be the only answer and neither should it be the place to learn tikanga. Rather, tikanga should be the place where the Treaty can be seen as a source of reconciliation that can in turn promote an idea of just-ness, where once again prisons need no longer exist in this land.