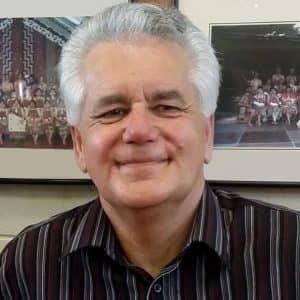 In the last few weeks, prejudice seems to have crept out of the dark corners of society again.

Two recent and well-publicised instances have shown the many forms that intolerance and bigotry can take — as well as illustrating the ways in which, even the framing of the debate, can be constrained by history and untested assumptions.

In the first instance, another Pākehā man has voiced the usual tired and racist rants against Māori, with little variation on the old colonising view of our basic inferiority.

In the second case, the noted rugby player Israel Folau reached into the same colonising-sourced rhetoric, and condemned gay people to some mysterious place called “hell”.

The public and social media reaction was swift, and often encouraging, with the racist comments being quickly deleted — banished to the unbidden and embarrassing reaches of colonising disdain.

However, there’s no doubt that similar comments will be made in the future, as long as this country stumbles in the mistaken belief that colonisation (and its racism) is a relic of the past rather than a continuing presence.

The condemnation of LGBT people was similarly and quickly denounced by many people, and, perhaps surprisingly to some, by two All Black halfbacks. TJ Perenara’s rebuke, in particular, has been rightly praised — and his comment, that “Polynesia has been sexually diverse since forever”, was a timely reminder of a cultural and historical truth that is still too often denied in a Once-Were-Missionary type redefining of ancient Pacific realities.

Most of the early missionaries across the Pacific were like those in New Zealand, who the historian Michael Sorrenson once described as being so determined to remove anything they thought was “obnoxious, obscene and inhuman”, that they did not attempt to record “the Māori notions (but) attempted to stamp them out”.

Obnoxiousness was always in the eyes of the colonising beholder, of course, and like the many navigators and anthropologists and politicians who set themselves up as experts on us, they redefined or dismissed what they disliked or saw as threats to their power.

Most often, that meant a redefining of fundamental relationship values, which resulted, for example, in the subordination of Māori women, who were thus caught in both a sexist and racist trap of lesser worth.

At other times, it occurred through equally violent and pious pronouncements about the sin and immorality of those such as LGBT people, who were deemed to be, at best, obnoxious, and at worst, beyond “saving”.

Throughout the Pacific, we are still obviously burdened with that legacy.

The denunciations were heartening reality checks in the ongoing campaign against prejudice.

However, whether it was the old man’s racism or the rugby star’s homophobia, the debate was always framed in an unquestioning acceptance of their right of free speech.

Some writers spoke about the right as a cornerstone of liberal democracy, while others reached back to what Europeans call their Enlightenment and argued that, while a person could disagree with what someone else might say, they should defend their right to say it. Still others claimed that even offensive comments are part of the “marketplace of ideas” that make a society free.

Some of the noblest moments in human history have been struggles for freedom, but in the far from noble history of colonisation, the notion of freedom, and certainly free speech, has always been a term subjected to troubling interpretations.

The dispossession of indigenous peoples was pursued by European states as part of their self-proclaimed freedom to rule the world, but it always involved denying the freedom of those they decided to rule.

James Cook’s voyages across the Pacific were part of an alleged freedom to “discover” and take other lands, which resulted in a redefining of not just the power and way of life of the people he “discovered”, but the very freedoms which they had enjoyed for centuries.

When indigenous peoples embarked on the difficult process of drafting the United Nations Declaration on the Rights of Indigenous Peoples in the late 1980s, it was in many ways an attempt to reclaim those freedoms.

The long struggle to have the right of self-determination recognised in the Declaration, and the opposition of the New Zealand government and others to its inclusion, was about the right of indigenous peoples to determine their own destiny as they had before colonisation.

In a very basic sense, it was a struggle for the right to be free.

This country has always been reluctant to use the word “freedom” to describe the efforts by Māori people to oppose colonisation and assert tino rangatiratanga. It seems at odds with the preferred history of a mainly honourable Treaty-based settlement, in which the Crown introduced the norms of a liberal democracy and all its freedoms to a people who it believed had never had them before.

In the process, the freedoms of liberal democracy were always adaptable, and included the freedom to declare war on our people, and the freedom to ignore the convention of majority rule and instead assume the power to govern, even though they were the minority population at the time.

In 2004, when the Crown ignored the decisions of its own courts and confiscated the foreshore and seabed from Māori, it claimed it was acting to preserve the “freedom of all New Zealanders” to enjoy time at the beach.

That was a misleading falsehood, but it ensured that the Māori freedom to hold what little was left of our land was ignored in the catch-phrase of Kiwi not Iwi. Like some sad corruption of the old Kris Kristofferson song, the colonisers seemed to believe that “freedom’s just another word for nothing left to lose”. Except that it assumed the freedom to make us lose nearly everything.

The right to free speech has often been similarly troubling, because it has too often meant the freedom to hurt, despise, and belittle Māori. Cartoons published a few years ago depicting fat and lazy Māori taking advantage of free school lunches were found by the court to be objectively offensive but protected by free speech and the fact that they weren’t offensive enough to incite a “reasonable person” to hatred or violence against our people.

The reasonable person in the common law was for a long time described as the “man on the Clapham omnibus”, and while that fictional being is now genderless, it is still presumed to be some amorphous Pākehā.

Rather, as the term “a trial by a jury of one’s peers” has a default meaning, where Māori can never be tried by a jury of Māori peers, so the reasonableness of a cartoon or speech is judged by the standards of an invisible and unnamed Pākehā.

In the court deliberations, that invisible-ness was an unspoken given, and the question of whether reasonable Māori would feel that the admittedly offensive cartoons incited hatred against us, was never even considered.

Freedom of speech, in effect, then became a shield for racist invective defined by those who were privileged by it, rather than those who were its objects and victims.

It has become a political cliché to say that one person’s freedom fighter is another person’s terrorist. And, in the context of colonising violence, free speech for the colonisers has often been a terrorising instrument used against Māori.

It can terrorise others who have been oppressed or marginalised too, of course. This is particularly the case when it is argued that sincere religious beliefs somehow enable or justify free speech, even when they are as hurtful as those uttered by Israel Folau. In fact, it seems a perplexing rationalisation that a religion ostensibly based on love can be used to justify such love-less comments.

Unlike the Western idea that “sticks and stones may break my bones but words will never hurt me”, our people have always understood the contrary — that the thrust of a weapon may be pushed aside, but the hurt of words cannot.

In fact, words can be damaging simply because they can endanger others, and as many people have pointed out, his comments may put at risk those young gay people who may be struggling with their identity.

It seems a strangely illiberal idea that some notion of religious freedom can be used to justify or excuse endangering the vulnerable by turning it into a mere exercise of free speech. It seems particularly strange when religious freedom has never meant the freedom of indigenous peoples to retain and practise their own religions.

As this country works slowly, and often painfully, towards being truly non-racist and non-colonising, it is timely to debate the whole context and meaning of “free speech”, and to more honestly consider its meaning and its use as a defence.

In the case of race talk, it certainly seems timely to shift the burden, so that Māori no longer have to prove that a reasonable (Pākehā) person might feel the acts or words have incited hatred against us.

Instead, in a society which claims to be Treaty-based, it should surely no longer be enough to hide behind faith or the so-called cutting edge of humour, and assume that being “true to one’s beliefs”, or indulging in tongue-in-cheek offensiveness, is somehow harmless or funny.

The bliss of freedom enjoyed by those who have power should never mean the right to cause pain to those who are comparatively powerless. And no one’s exercise of free speech should make another feel less free.