Laura Toailoa: Just because sex is taboo, doesn’t mean we’re not doing it 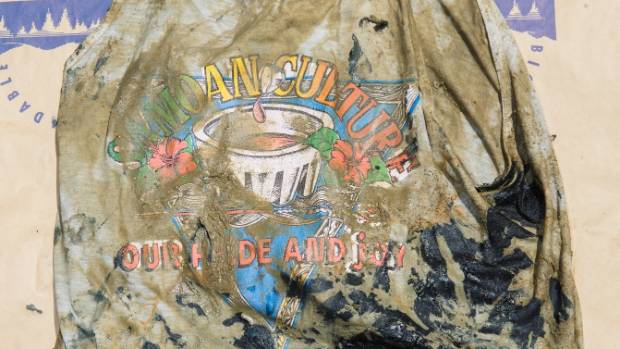 Sex is a sticky topic to unravel and explore for many young Pacific Islanders, writes Laura Toailoa, who’s 21.

“We’ve grown up being told not to talk about it, think about it, and especially take part in it.”

None of this is stopping young people from having sex — it just makes them much less likely to ask for help when they need it most.

There is a depressing irony when the clothes that a dead infant’s body is wrapped in when it was found in a Mangere Bridge reserve a few weeks ago, bears the words “SAMOAN CULTURE, OUR PRIDE AND JOY”— with the brightly coloured print design drowning in the dirt and mud.

The image looks like a commentary piece in an art gallery rather than something in the news. But it is. It happened. This is real.

We can’t begin a discussion about this single event without considering the wider picture of our attitudes as Pasifika — about sex, pregnancy, abortion, rape, and other important and big and scary topics.

For many of us, sex is a sticky topic to unravel and explore. As well as cultural and religious taboos, our acute awareness of interpersonal space, the vā, makes approaching this topic complicated.

I’ve seen Pasifika groups and forums try to create spaces and opportunities for open-minded discussions around sex. I even attempted it myself.

As part of my university’s Pasifika Students’ Council, a friend and I organised an event called Let’s Talk, to address issues of sex and sexuality for Pasifika.

One of these issues is the reality that, although we may not talk about it, we’re still having sex. So how do we ensure we’re as informed and as safe as possible?

We made the bold choice to not split the boys and girls into separate rooms. One reason was that we wanted each side to see where the other was coming from. But another reason was that we didn’t want those who couldn’t comfortably fit into strictly “male” or “female” categories to feel excluded from the discussion. We knew that past events did split into two, but we bit the bullet and decided not to.

This backfired. A lot of the guys felt uncomfortable and left halfway through.

Our theory, which sounded so good in our planning, didn’t account for the very real and deep-rooted discomfort and disrespect that comes from approaching these kinds of discussions in this way.

My friend and I had to acknowledge that many Pasifika, even the young and open-minded ones at university, won’t be receptive to messages conveyed in styles that go against what they’ve been brought up to value.

So we failed at finding a more culturally appropriate way to open the discussion. We came in with our enthusiasm, experiences, and education, but totally missed the mark about what our peers wanted or needed. We did what we complain Palagi educators, academics, and professional experts do all the time. Assume what they think is best for us and then deliver without any consultation about what people actually want and need.

But we have to keep trying. We must do better. Urgently.

But teasing out our attitudes about these topics is difficult, especially when we’ve grown up being told to stop asking questions and being kaukalaikiki (cheeky) or fiapoko (smart-mouth know-it-all).

None of this is stopping young people from having sex. Our ignorance isn’t bliss any more. It’s dangerous. People will reach out for help if they feel that they’ll be supported rather than judged.

I remember once watching Dirty Dancing with my mother. I might have been in high school. We talked and laughed throughout the movie, mocking random details. But then came that one heated scene with Baby and Johnny, when she tells him her name is Frances, and he replies: “Frances. That’s a real grown-up name.” And then they do the thing-that-shall-not-be-named.

I swear it felt like eternity sitting next to my mother, frozen in place, not wanting to say anything or even breathe too loudly. She knows I know what’s happening. I know she knows I know. And yet I sit there and try to contort my face in a way that looks like I’ve never seen or heard of sex in my whole life.

It’s hilarious and ridiculous in retrospect, but I’ve seen similar stories that my Pasifika friends post on Facebook, about how they, too, feign this ignorance to our parents. Because we’ve grown up being told not to talk about it, think about it, and especially take part in it.

It makes for funny memes, but this culture of fake ignorance is harming our young people in very unfunny ways. The fact that this is a taboo topic doesn’t mean we’re not having sex. It just means that we hide it, lie about it, and aren’t properly informed about how to do it safely — physically and emotionally.

When you’ve been told your whole childhood and adolescence that sex is dirty, it’s hard to know how to step into adulthood, and begin to unpick our attitudes and perceptions about sex and everything that three-letter word encompasses.

I don’t mean to be radical about my opinions simply to shock and show how modern and progressive I am. I bare my experiences and opinions because of the relief I’ve seen in people’s eyes, that they’re not alone in thinking things they thought were so evil and dirty and thus could never bring themselves to talk about.

I love the feeling of showing someone a health service they didn’t know they could access for free, and confidentially. I do it for the handful of those who feel they can’t talk about these things with anyone in their family, any of their friends — and who feel too shy to talk to a medical professional.

People, young people especially, so often don’t get the help they need for fear of being judged or ostracised by the people closest to them. Sometimes people need counselling. Sometimes it’s long-term contraception. And sometimes they need to discuss an unexpected pregnancy.

But unless someone has made them feel safe, they won’t voice it when they most desperately need to.

My dad once told me that, whatever our family goes through, we’ll find a way to make it through. Although we’ve never had an explicit “sex talk”, that was a small opening to let me know that when push comes to shove, he’ll be there for me. More of us need this reassurance.

Although we can only speculate about the circumstances that led to the body of a baby boy being abandoned in Mangere, I can’t help but see this tragedy as a symptom (and certainly not the first) of a massive cultural and social problem.

We don’t know who disposed of the baby. We don’t know if it was lovingly wrapped with tears streaming, or quickly done with a beating heart, afraid to be caught. We don’t know if this was done through coercion, or in secrecy. As easy as it feels sometimes, we must resist the urge to jump to conclusions and blame the mother of this baby.

We can see this story as someone else’s tragedy. A problem for her family to sort out — the police, the government, the health professionals. Or, as Pasifika, we can accept that she is a part of us. She is our daughter, our sister, our aunty.

And if we want to help her and others like her, we need to find ways to start talking.

The Institute of Environmental Science and Research Ltd, under contract with the Ministry of Health, reported in their Annual Surveillance Report 2014 that rates of chlamydia and gonorrhea in people aged between 15 and 29 years are highest in “Māori and Pacific peoples ethnic groups”.

In a 2009 report, Family Planning International and the Secretariat of the Pacific Community (SPC) identified the “deeply religious” beliefs in most Pacific Islands countries as a barrier to gaining knowledge and access to contraceptives — and that those most at risk of sexually transmitted infections (STIs) are also those most likely to be refused services: youth, unmarried women or men, men who have sex with men, and paid sex workers.

Other examples of newborn babies being abandoned in recent years, here and here.