Lance Norman — the nice face of the urban Māori movement 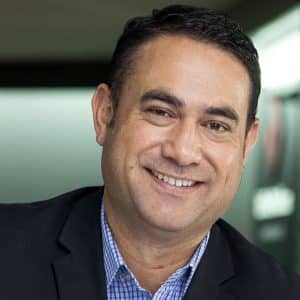 Numbers. Spend an hour with Lance Norman and numbers will come up. Numbers of people. Numbers of dollars. Numbers of people per dollar. Jail numbers, truancy numbers, literacy numbers — even hat numbers. He wears a few, the man who is emerging as the new, less antagonistic face of urban Māori.

Lance is chief executive of the National Urban Māori Authority (NUMA), and he likes his numbers: “I trust anything where one plus something equals something else.”

We’ll come back to the numbers. Lance might not forgive us if we don’t. Then again, he probably would. Even-tempered and measured, he appears the polar opposite of his firebrand mentors John Tamihere and Willie Jackson.

John and Willie favour the big stick. Lance is more of an olive branch man. “They’ve come to me and said: ‘Hey you be the nice face’.”

Lance spent years apprenticing under John Tamihere, as finance funding manager for Te Whānau O Waipareira. He was “effectively the money person — and relationship management, ‘cause JT kind of sucked at that”.

But there’s curiously little sign of his mentor’s mark.

Our conversation turns to the difficulties many Māori face accessing healthcare in comparison to healthier, more affluent Kiwi. Most GPs structure their practices to cater for people with fewer, easier to treat health problems and a greater capacity to pay their bills. That’s the reality of a health system that looks great on paper but not so great if you are poor, brown and sick.

“What we are saying is just logical, eh,” says Lance. And there it is. It’s taken 61 minutes, but a line straight out of the JT playbook finally arrives. “Logic comes into this stuff a lot,” he says. “And where it is illogical, we flick the JT switch.”

Ah, yes. The JT switch. The not-so-idle threat switch. The litigation switch. The one that comes packaged with the outrage switch flicked by his former talkback show co-host Willie Jackson.

“Love or hate JT and Willie, they do a great job for our people,” says Lance.

The urban Māori movement was born out of conflict, but outrage and litigation only get you so far. Eventually there must be consensus, as Willie said when endorsing Lance as NUMA’s appointed CEO in January.

Lance grew up in Glenfield on Auckland’s North Shore, the son of teachers of Ngāti Kuri and Scottish descent. After graduating from Auckland University with a Bachelor of Commerce, majoring in accounting and marketing, he spent four years with Ernst & Young before becoming Black and Decker’s chief financial officer.

His brother Brad is also an accountant, but the family calling isn’t really commerce. Lance’s father, Jerry, grew up alongside 18 siblings in Cape Reinga. He escaped a cycle of poverty by doing well at school, and going on to teachers’ college, where he met Faye, a Scots woman he would marry. Lifetime educators, Jerry and Faye both now work at the Ministry of Education.

Lance is the oldest of three children. He always felt the pull to work in a socially productive field — just not the same one as his parents.

“I kind of saw the light. I’d always wanted to be in health and education. My dad and my mum and my sister all work for the Ministry of Education, so I said: ‘I’m going for health’.”

To his father’s slight disappointment, Lance took a while to embrace his Māori side. Unapologetically, he put education ahead of his roots. He can understand the reo well enough to get by, but is far from fluent. He’d like to change that, but, “At the moment I’m juggling two jobs and 10 boards. It’s slightly time consuming.”

With so many hats, there’s at least one obvious conflict. You see, the new face of urban Māori actually has strong iwi ties. He sits on the Ngāti Kuri Trust Board and a Ngāti Whātua sub board.

NUMA and iwi interests have just been in court battling over control of a $20 million fund set aside from the Fisheries Settlement for urban Māori. NUMA — with Lance front and centre — argues that iwi leaders are attempting to pinch money set aside for urban Māori. And that’s despite iwi already having received the lion’s share of $500 million in the 1992 settlement.

That must make for a little discomfort at board meetings?

“People think you have to be one or the other. I’m both. I’m staunch iwi but I am CEO of the largest urban Māori organisation in New Zealand. And I am advancing Māori in everything I do.

“I can sit on an iwi board and represent my people up north and I can also be the CEO of NUMA because I am representing Māori who live in the cities. If people think iwi should be doing that job, well, why aren’t they?

The numbers are now well and truly flowing.

“I get that your iwi has to advance you where you are from. But when 70 per cent of people don’t live there, you’ve got to have a voice for Māori in the city.

“I always say it’s a concurrent strategy. Your iwi advances you on your land, fishing, forestry and your asset base. But, with respect to where we live, you’ve got to have someone advancing you with social services, housing, poverty, crime and education. Māori as a group are represented in all of those statistics in a negative way: 50 per cent of inmates are Māori, 50 per cent of truants are Māori, 30 per cent of avoidable hospitalisations are Māori.”

With its vast array of umbrella groups, NUMA may appear a bit unwieldy. But it is, in fact, the perfect vehicle through which urban Māori can work with government, says Lance.

“Quite often the government agencies will say ‘do this and do that’ and that doesn’t go down well with the community group on the ground. If you put someone like me in between, I get the commercial side and the contracting framework and the financial reporting, but I also get the community conversation.”

What’s more, NUMA is effective. When it comes to reducing recidivist offending and truancy, NUMA’s programmes outperform all other providers, says Lance.

Fifty per cent of all Māori live in the geographical area covered by those organisations. Drugs and alcohol, mental health, tobacco, cardiovascular disease and problem gambling are rife in their communities.

“You name it, we’ve pretty much got it,” says Lance. “So they came together and said we need an advocacy unit to look at policy and get funding to help address these issues.”

Lance’s particular forte — using his commercial skills to access government money — has helped transform NUMA and its umbrella organisations into a major player in the provision of social services. It oversees $55 million in contracts and has an asset base of $40 million. Numbers that Lance, a father of four, is particularly proud of.

How does a guy like him go from corporate accountancy to a community role, he asks rhetorically?

“It is still corporate. But rather than selling power tools or shirts to Hallensteins made in China, the customers I have are the community.”