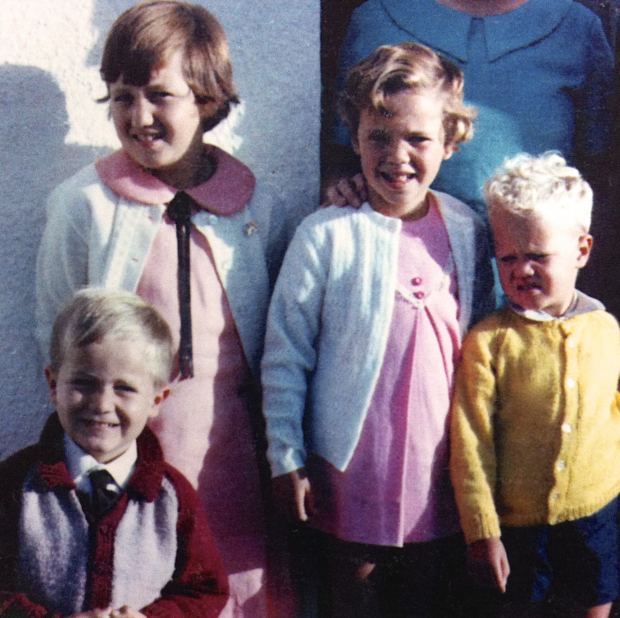 Every time Anne Tolley and Bill English talk about the new Ministry for Vulnerable Children, or oppose an inquiry into the historical abuse of children in state care, it sticks like a knife in my guts.

I’m Ngāti Porou through my mother, and I’m Weira — Welsh — through my father. After spending 14 years in state care, and 25 years in social work, I consider myself an expert on what it is truly like for a child with Māori whakapapa to grow up separated from all that intrinsically belongs to them.

I was five when I was taken into state care, and 18 when I was finally able to escape it.

My mother, miserable and unwell, had left us, for her own survival as well as ours, to escape my father’s violence. She was deemed to have “abandoned her children”, and so my father was awarded legal custody of us.

He then applied to Social Welfare to have us temporarily placed in its care. On my fifth birthday, he took me and my two brothers (my older sister was placed with other caregivers) to a children’s home, and left, promising to be back for us soon. I waited every day for weeks and months after that, but it would be many years before I saw him again.

Over the years, other children came and went, but my siblings and I stayed in those homes. To everyone who came to visit and view the “underprivileged” children, we looked well adjusted and cared for.

But our experience contradicted appearances and we suffered things children are not supposed to: psychological, sexual, and other physical abuse over many years. It still makes me sick to say that.

I didn’t bear it silently. I fought to protect my brothers and me from the abuse we experienced from adults charged with our care. I spoke out at every opportunity. But I was never believed. I was labelled a troublemaker and my complaints were ignored. I still suffer from the guilt of not being able to do more to protect my brothers.

It was a difficult and lonely navigation for us. The perpetual emptiness was a feeling we all experienced. As property of the state, the effects of separation and abuse manifested in many ways. Some were immediate and obvious: the disruptive behaviour. Bed-wetting. And some were repressed and long term: the inability to form trusting and lasting relationships with others — a common experience for those who’ve been in state care.

We are survivors, although none of us came through that experience unscathed. Even after I left state care, the trauma followed me. For many years, I tried to fill the emptiness with drugs and alcohol, and toxic relationships.

But, as my brother Tipene said to me: “Our stories have to be told. How would people know what it’s like for a child to go through state-imposed trauma unless we all tell our story?”

If that isn’t institutional racism, what is?

Many of us squirmed at the naming of the Ministry for Vulnerable Children, Oranga Tamariki — at the tacking on of a bit of Māori with no mind of how ignorant it is to put “vulnerable” and “wellbeing” together in the same title.

The “vulnerable”, however, fits like a glove when we consider the extent of historical state abuses on tamariki who continue to be removed in great numbers from their whānau and placed with non-kin.

As I’m writing this, friends and followers of my activism are high-fiving me on the government’s backtracking on the removal of whānau-first placement protections for tamariki in the proposed Children, Young Persons, and Their Families (Oranga Tamariki) bill.

The bill is part of the government’s overhaul of Child, Youth and Family (CYF).

The current law gives priority to placing a child with a member of their whānau, or wider hapū, or iwi.

But the new bill, as it stands, removes that priority and instead puts the emphasis on the child’s safety.

After fierce opposition from many Māori, including the Māori Party and Tariana Turia, Anne Tolley said last week that she was prepared to reconsider the wording of the bill.

But I don’t believe there’ll be much of a backtrack at all. As Anne Tolley told the Stuff website, she won’t be budging on ensuring child safety is the single most important priority.

Her justification all along has been that Māori children are more vulnerable than non-Maori when returned to their whānau because they are at high risk of being re-abused.

But what she failed to mention is that this was occurring most often as a result of the dump-and-run, patch-and-dispatch practices by social workers who don’t value the needs of Māori children as highly as non-Maori.

What’s been happening is that tamariki and rangatahi in the too-hard-basket — those deemed high need, difficult to place, or “runners” — were returned home before it was safe, and often without safety plans in place.

Victoria University criminologist Elizabeth Stanley talks at length in her book The Road to Hell, about how Māori children were uplifted at 4–5 times the rate of non-Māori — not just for abuse and neglect but also for just being Māori.

“Child welfare officers encouraged the public, teachers and religious leaders in delinquency spotting. And complaints regularly saw the very presence of Māori children to be the problem. In their referrals “concerned” citizens objected to Māori because they were Māori and displayed an astonishing antagonism towards them. Māori children steadily came to notice for their potential delinquency, and this targeting was the starting point for the over representation of Māori within institutions.”

It is overwhelmingly Māori children who are returned to unsafe homes so that social workers can get their caseloads under control. It is not unconscious bias but racial bias that makes a senior manager target Māori, allocate and then de-allocate cases to get it off the waiting list and without actually doing the work of assessment and investigation.

I have witnessed all of this as a CYF social worker. And when you challenge this, it is denied, buried and you become a “troublemaker”.

And where do we put all these uplifted children? Possible whānau placements are thwarted by social workers who choose not to undertake whakapapa searches (as happened with me and my siblings).

Or because willing whānau who turn up at an FGC (family group conference) can’t be used immediately, or at all, because all members having contact with a household have to be investigated and police-checked before they can be used.

This is why children are placed with unapproved and unsafe caregivers, or in motels with Armourguard minders, or in police cells for days on end — or returned to unsafe homes only to come through the CYF door again.

Anne Tolley has ignored multiple recommendations to establish strategic partnerships with iwi and Māori organisations. Instead her ministry consults and engages with and privileges organisations like Barnardos and Open Home Foundation.

It’s the same old policies of propping up white-is-right foster care organisations, but failing to support parents and whānau as the first and fundamental carers.

Bill English, interviewed on The Hui, denied again the need for an inquiry into the state’s epic abuse of children in care. What this says to survivors is: “It didn’t happen.” Or “You weren’t beaten or raped that badly”.

It sticks like a knife in our collective guts. And while it’s fantastic that Susan Devoy and others are calling for the inquiry, it shouldn’t be forgotten that Māori have been calling out state abuse of our mokopuna for decades. For example, in the landmark Puao-te-Ata-tu report in 1988.

Bill English and Anne Tolley keep referring to April 1 when the new Ministry for Vulnerable Children, Oranga Tamariki will kick in and miraculously make children safe. That’s like saying cigarettes are safe because Big Tobacco says it is.

Āe, we absolutely need an inquiry to know the scale of the state’s historical abuse on children. Without it, the cogs in the machine keep churning, trucking and trafficking.