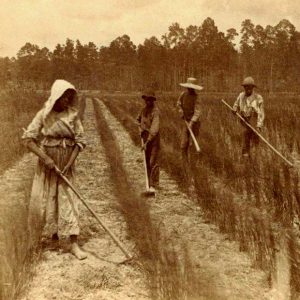 My mother was born in Washington, DC, the capital city of the United States, the seat of government, the home of the president, and such a large black population that it has been known as “Chocolate City”.

My father was born in the Gilbert Islands, the most populous group of atolls in present-day Kiribati. He was six when his family was relocated to Fiji after World War II, so that the British could continue mining phosphate on their ancestral island.

Most of the time, when people learn that I am African American and I-Kiribati they say, “That’s an unusual mix.” Then, of course, they want to know how my parents met. As I’m discovering, there are more African American Pacific Islanders out there than people might assume.

But that’s a different story.

For now, I want to reflect on how I was forced to think about African American history and the future of Pacific Islanders in a way that caught me off-guard.

Two weeks ago, I was sitting in a conference on climate change at Victoria University in Wellington, listening to the keynote address by President Anote Tong of Kiribati.

This was the first time I’d heard him speak, in his charismatic way, about the issue that has really come to define his 12-year tenure as president of an island republic on the frontline of climate change.

Tong has been such a prominent spokesperson for climate change awareness — and, indeed, action — that in 2015 he was nominated for a Nobel Peace prize.

I’m not a citizen of Kiribati, but I have to admit that as his voice weaved its way through the lecture theatre speakers, I felt a swell of national pride. 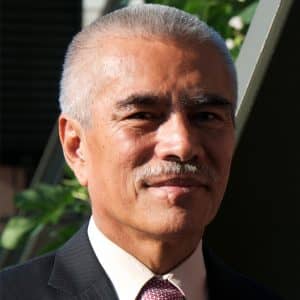 And then Tong’s words took a turn that I hadn’t expected. First he described climate change as the greatest moral challenge of our time. And then he compared it to the Trans-

Was he really comparing this to nearly 400 years of brutalising enslavement of peoples stolen and sold out of Africa — among them my maternal ancestors? How is climate change like the Trans-Atlantic slave trade?

Other Pacific leaders had gotten into trouble before for attempting to draw analogies across cultural and historical contexts. (Anyone remember Tariana Turia being censured by the New Zealand Labour party leadership for using the term “holocaust” to describe the impacts of colonisation on Māori?) I hoped Tong had thought this through carefully.

He had. Slavery, he said, was a system that was justified solely by its profitability. Morality was all that opponents of slavery had to argue against slave plantation economics.

This is the same with climate change, Tong argued. Climate change is the consequence of a system justified solely by its profitability. The fossil fuel and coal industries, for example, are profitable. But they’re also immoral. They’re reaping profits for the few, while spreading the costs around the world. And some of these costs include the loss of whole homelands and livelihoods.

But what if “whole homelands” are so small that the rest of the world — even most present-day descendants of the Trans-Atlantic slave trade — can’t muster up the energy to care?

The island countries often cited as the most likely to disappear because of climate change include Kiribati, the Marshall Islands and Tuvalu. Kiribati has a population of just over 100,000. The Marshall Islands about 52,000. And Tuvalu close to 10,000.

Many of us from the Pacific Islands are old enough to remember how our small populations were used in the past to justify some of the worst environmental and human rights abuses in the form of atomic and nuclear testing.

The US conducted its A-Bomb and H-Bomb tests in the Pacific between 1946 and 1962 and some of them were exponentially greater than Hiroshima and Nagasaki combined. Pacific people — particularly the Bikinians and Enewetakese in the Marshall Islands — were displaced from their home islands.

But they and many more Marshall Islanders and others were exposed, poisoned and denied access to appropriate medical treatment. All these abuses were justified because they helped secure US supremacy in the arms race against the Soviet Union during the Cold War.

When Micronesians sought justice and redress, the US Secretary of State, Henry Kissinger’s words (“There are only 90,000 people out there. Who gives a damn?”) sent shivers up and down many a Pacific Islander spine.

When nuclear testing ceased, the lives and livelihoods of Pacific people were not in any way part of the equation. There were other economic and military strategic calculations at play. We were not what tipped the scales.

Today, all we have to challenge the giant perpetrators of climate change are moral arguments. And a bit of hyperbole.

Anote Tong admitted that in the early 2000s, when he first became president, it was difficult for him to get any international attention for his concerns about climate change, because the world was so resolutely focused on a war against terrorism. He said he tried talking about climate change as a form of eco-terrorism — but that didn’t win him any friends. (I’m reminded again of Tariana Turia and the banned h-word.)

Because there is another link to consider. It’s not just that the Trans-Atlantic slave trade and climate change are analogous, but that the abolition of slavery is the direct ancestor of the economic system that produces climate change.

How is that, you wonder? This is how: slavery wasn’t abolished solely because of the persuasiveness of the abolitionists’ moral arguments. Slavery was abolished because a “free” workforce, which received payment for its labour, was precisely what was needed for capitalists to make more money.

Economics after slavery was all about setting up a flourishing mass consumer culture.

Mass consumer culture is profitable. You have to pay people to work, sure, but what they must buy in order to live tips the scales back in the favour of capitalists.

Mass consumer culture is also how we get climate change.

And so the moral challenge that climate change presents to us is not just about pointing fingers at corporations and developed nations. The moral challenge of climate change is each of us asking: What are the costs to our planet of the labour I undertake and the consumer choices I make? How am I benefiting from this economic system? How do these costs and benefits weigh up? What am I prepared to live without? What am I a slave to?

Anote Tong’s speech helped me focus my reflections in a way that I ended up appreciating. By comparing climate change to Trans-Atlantic slavery, he made me think about slavery and climate change in simultaneously personal and systemic ways.

I know that my African American ancestors were grateful when slavery was abolished in the United States in 1865 — 32 years after the British.

If we are to learn anything additional about the abolition of slavery that might be useful to our struggle with climate change, it is probably this: abolition was achieved in what must have seemed like a glacial pace to slaves all around the world.

And the most painful truth is that slavery has not been abolished. There are more trafficked and enslaved labourers today than there have ever been in human history. We have been and continue to be slaves to economic systems that are and always will be the ruin of us.

These economic systems are producing what have been described as “unnatural disasters”.

So if my two dominant heritages came together in an unexpected way two weeks ago, last weekend a force named Winston stirred it all up. The worst tropical cyclone to hit Fiji in history, at the time of writing Winston had claimed more than 40 lives. Some analysts estimate the death toll could go as high as 60, with an unprecedented 45,000 seeking shelter in evacuation centres.

Climate change is real. And if, as Anote Tong says, climate change presents humanity with the greatest moral challenge of our time — do we have the courage to face it in all its fullness?

Dr Teresia Teaiwa is a senior lecturer in Pacific Studies at Victoria University of Wellington.